Super Animal Royale from Modus Games and Pixile Studios got a surprise release on August 28 on PlayStation 4 and PlayStation 5, and that means it’s time to dive into this game that has been played by millions of players on Steam Early Access! This is a top-down battle royale shooter that supports up to 64 online players with PS+, which makes for a colorful and hectic experience! Once you’re ready to go, you’ll fly over an island on top of a giant eagle before using an umbrella to drop down to safety… until you realize that everyone around you is ready to stab/shoot you! 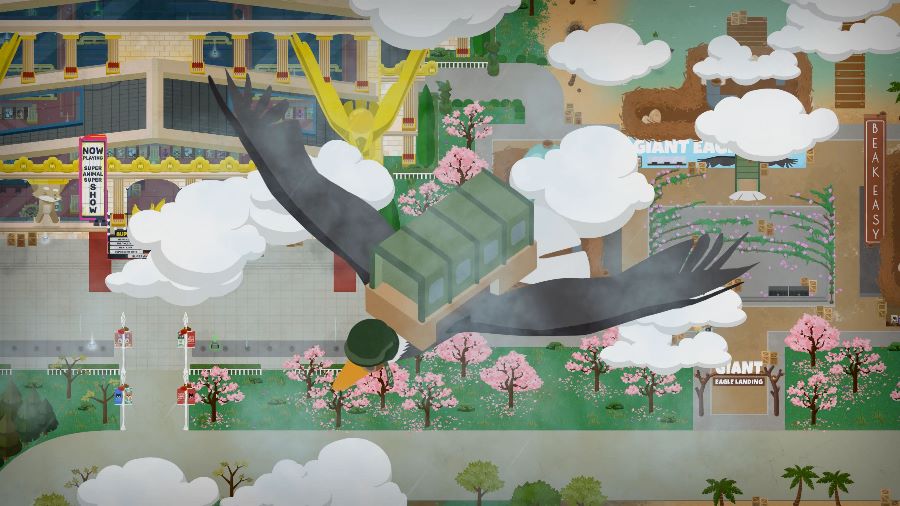 Super Animal Royale is a free-to-play online game, and that means you’ll have to create a Super Animal Royale account before you can start to play. Just enter your email and password, then confirm your email, and you’re set! Every match will start with you having a melee weapon in your hands, and you must quickly search the area to find some firearms and armor to increase your odds of survival. There’s going to be a lot of trial and error for this one, as you learn how to stay alive for longer before you can eventually claim your first victory! You should start playing on your own before you start to play in duos or teams so that you can learn all of the basics.

You’ll move your character with the left analog stick and will aim with the right one as you attack with the R2 button. You can switch weapons with the L1 and R1 buttons once you have more than one. There’s also a super jump roll, which you can use with the L2 button to avoid attacks. To check the map, press up on the D-Pad, but do remember you will leave yourself vulnerable as you do this. If you have some armor on you and find some super tape, press the Circle button to use it and repair your armor by one bar. If you have a health juice, drink away with the Triangle button to heal your wounds. You can also customize the controls as needed.


There are many milestones to complete, which are split into different groups. These milestones include the number of games you’ve played, how many wins you’ve managed to get, your character’s level, the destructible objects you’ve wrecked, the total distance traveled, your super jump rolls, the mole crates opened, how many campfires you’ve used, the amount of health juice you’ve used, getting kills with each of the different weapons, or progressing through the different story related segments. 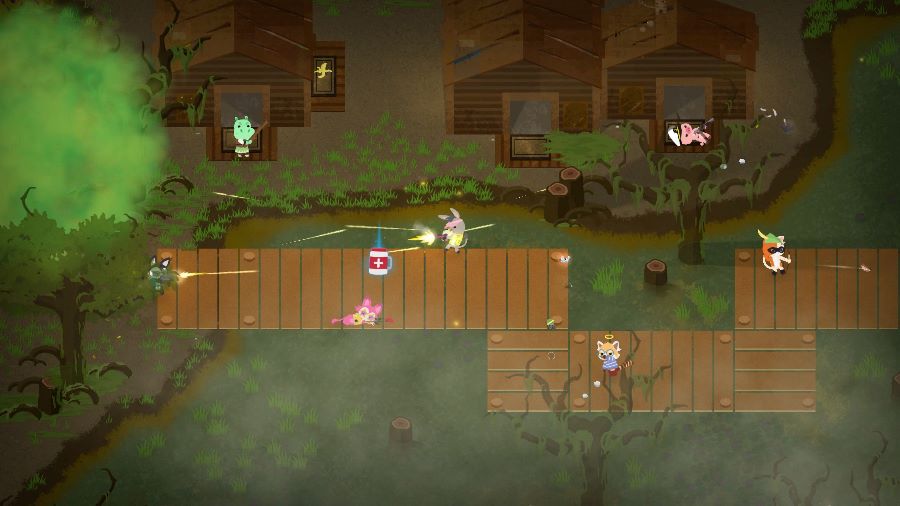 At the Research Lab, you can use the Animal DNA you collect and the Super Serum you obtain so that you can combine it and create a new Super Animal! You can use Super DNA Magnets to earn specific animal DNA for three games so that you can speed things up. If you want to 100% the game and get every possible Super Animal, you’re going to be playing this one for a while since there’s plenty to do and many animals to meet!

Since this is a free-to-play online game, you can expect to find different in-game currencies to collect as you progress through the game or by spending some real money on the PSN store. There are Carl’s Coins, which you will get by playing match after match. There are also SAW tickets, which you can purchase with real money. These are available as 1,000, 2,800, and 5,000 packs for $9.99, $24.99, and $39.99, respectively. What are SAW tickets used for? They can be used to purchase cosmetic items for your characters, such as outfits, umbrellas, weapon skins, emotes, pets, as well as each of the Season Passes, as they become available – more on these in a bit. 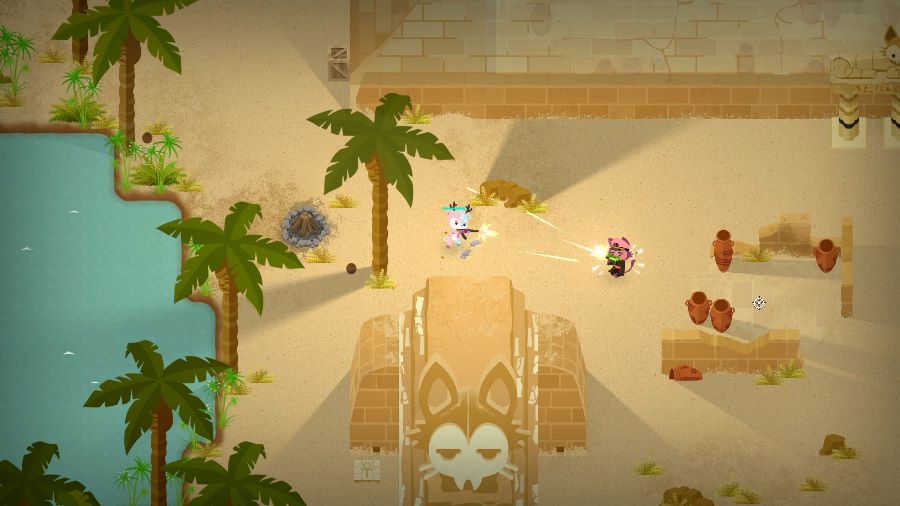 There is a Super Animal Royale – Season 1 Starter Pack DLC for $4.99, with the following items:

You can also purchase the Super Animal Royale – Super Edition DLC for $14.99, which will grant you all of the following:

What can you expect from each Season Pass? Once purchased, your character will earn experience points in order to move up through each tier. Based on each tier that you reach, you’ll earn rewards that include Carl’s Coins, S.A.W. Tickets, Super Serum, new weapons, as well as extra customization options for your character’s look. You will get a free item as soon as you purchase a Season Pass, but you will need to work hard to unlock everything else so that you can complete that Season’s content before the next drop! The good news is that if you miss out on any of the Season Passes, you’ll still be able to purchase it once the Season is over, so you can play each Season at your own pace. Do be aware


As expected, for trophy hunters, there is good news, and there is bad news. The good news is that this is a free-to-play game, which means that you can add some new trophies to your collection without having to spend any money. The bad news is that, as is the case for Genshin Impact, Super Animal Royale does not have a Platinum trophy. It does feature a short list with 13 trophies that are split into 10 Bronze, 2 Silver, and a single Gold trophy. The objectives will include getting your first kill, playing 100 games, getting a solo victory, getting a duo or squad victory, securing 20 melee kills, getting 50 hamster ball kids, 10 grenade kills, using 50 super tapes, breaking 400 armors, using 10 campfires, using 2500 health juice, opening 10 mole crates, and finding the Bana cave and placing a banana on the offering plate. 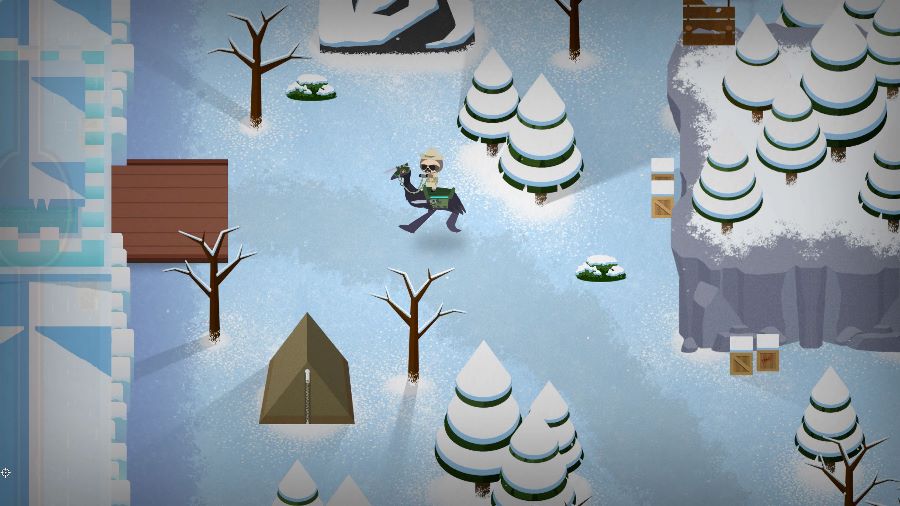 Super Animal Royale is a fun free to play battle royale game that is easy to pick up since it offers a colorful top-down presentation that makes it easy to aim your attacks as you try to defeat the other 63 players to try and be the last one standing. It’s very easy to find a match since there’s a ton of gamers enjoying this one right now, so other than having to wait the 60 seconds required for the game to populate, you’ll be diving from the mighty eagle in no time as you try to improve your rank by leveling up from all the kills you get, as well as from how long you manage to survive! Since it’s available for free, there’s no harm in you giving this one ago. Other than the fact that the game does not have a Platinum trophy, there’s not much to complain about Super Animal Royale. 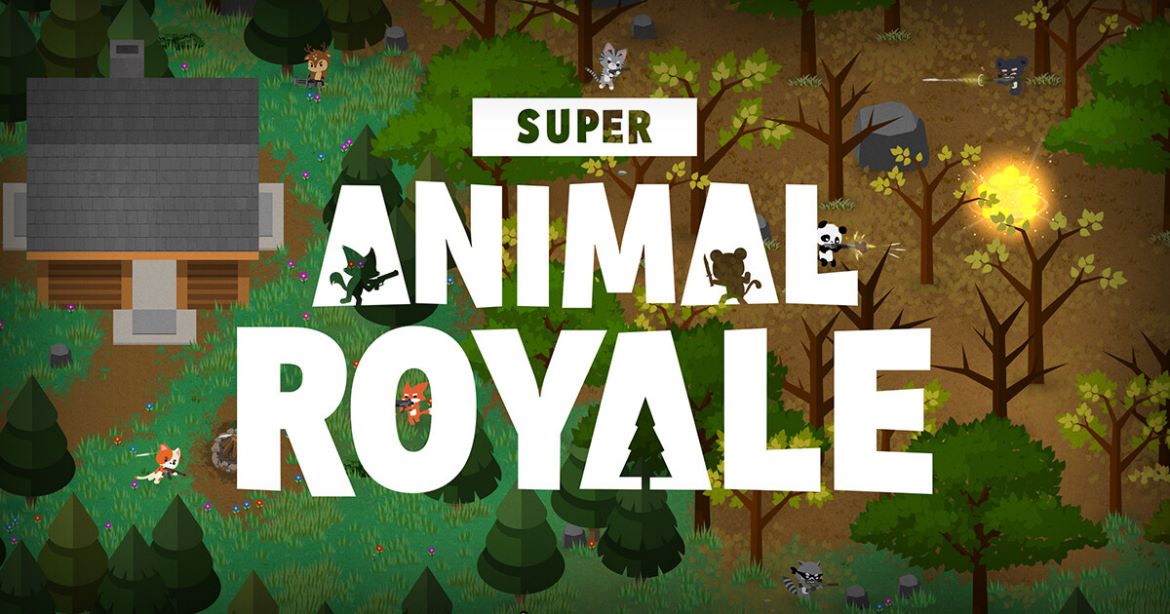 A fun top-down battle royale game with a zoological twist

Disclaimer
This Super Animal Royale review is based on a PlayStation 4 copy provided by Modus Games.

The Magister Out Today

[PS4Blog.net Interview] Olivia Stephens On Artie And the Wolf Moon