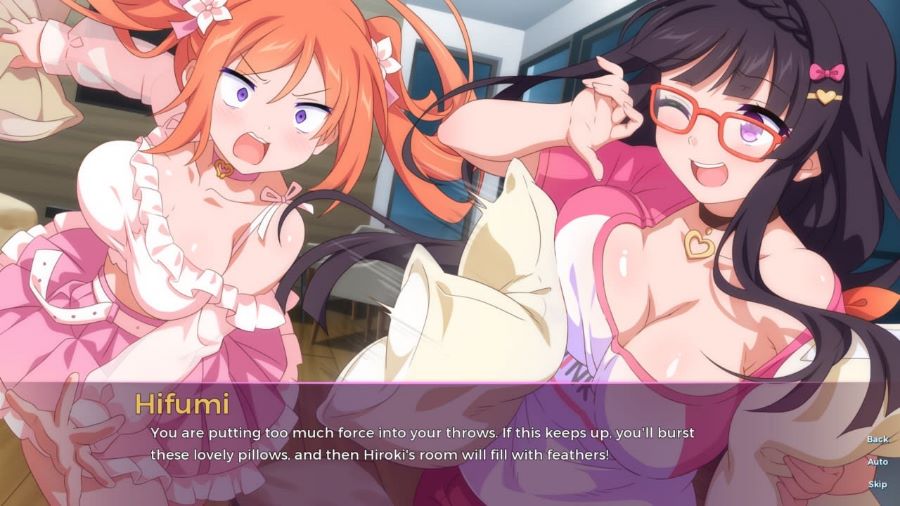 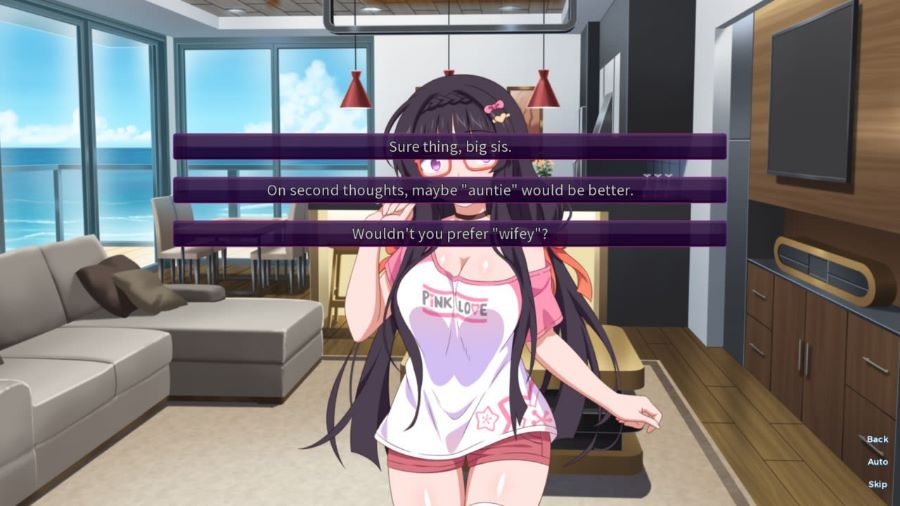 This time around, the group takes on some much-needed vacation time to relax and unwind at the beach. Ayu, Japan’s most popular idol, invites Ogasawara Hiroki and the rest of the gang to her private beach house in Okinawa. As expected, mayhem ensues since every single one of the women on this trip wants to have Hiroki for themselves. This leads to Hiroki helping Cosmos learn how to swim – which is not easy because, you know, of the whole catgirl thing, being invited by Hazel to go for a long run in the morning, or helping Marina through the woods during a very dark and creepy night. 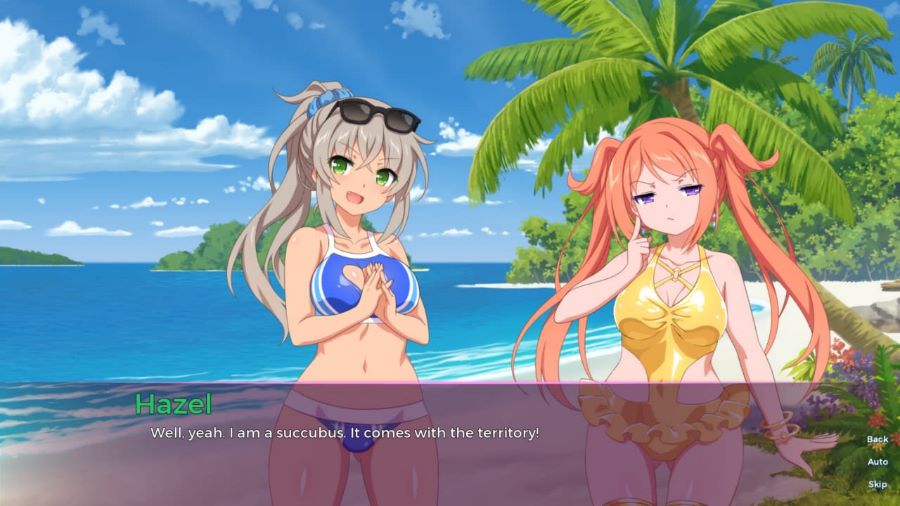 I won’t be spoiling the story here, but if you’ve played the previous three games in the Sakura Succubus series, you know that you can expect some funny situations in which Hiroki finds himself trapped between the advances of each of the women and that this allows you to experience some colorful and detailed CG images that fall within the realm of fan service territory. This means that if fan service rubs you the wrong way, you should certainly about Sakura Succubus 4, as well as previous entries in the series. 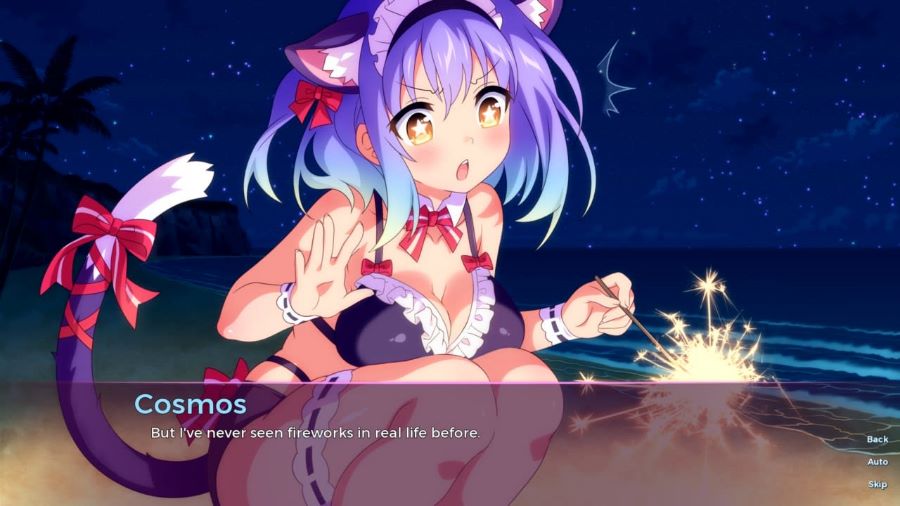 For this cross-buy release, you’ll be able to add two Platinum trophies for your collection since the PlayStation 4 and the PlayStation 5 versions of the game have separate trophy lists. Most of the trophies will pop as you progress through the game’s story, but there are some that are missable if you don’t select the right dialogue options at specific branching story paths. There’s also one trophy tied to getting the best ending possible for the game by improving your relationship with every single one of the women that have joined you for this trip to the beach.


If you’ve enjoyed the three previous games in the Sakura Succubus series, then you’re going to have fun with this one. Sakura Succubus 4 moves things to a beach setting, which means you’ll be running down the coast with Hazel, playing volleyball with all of the girls, helping Cosmos learn how to swim, and more. Sakura Succubus 4 is out as a cross-buy PlayStation 4 and PlayStation 5 game with a $9.99 asking price. 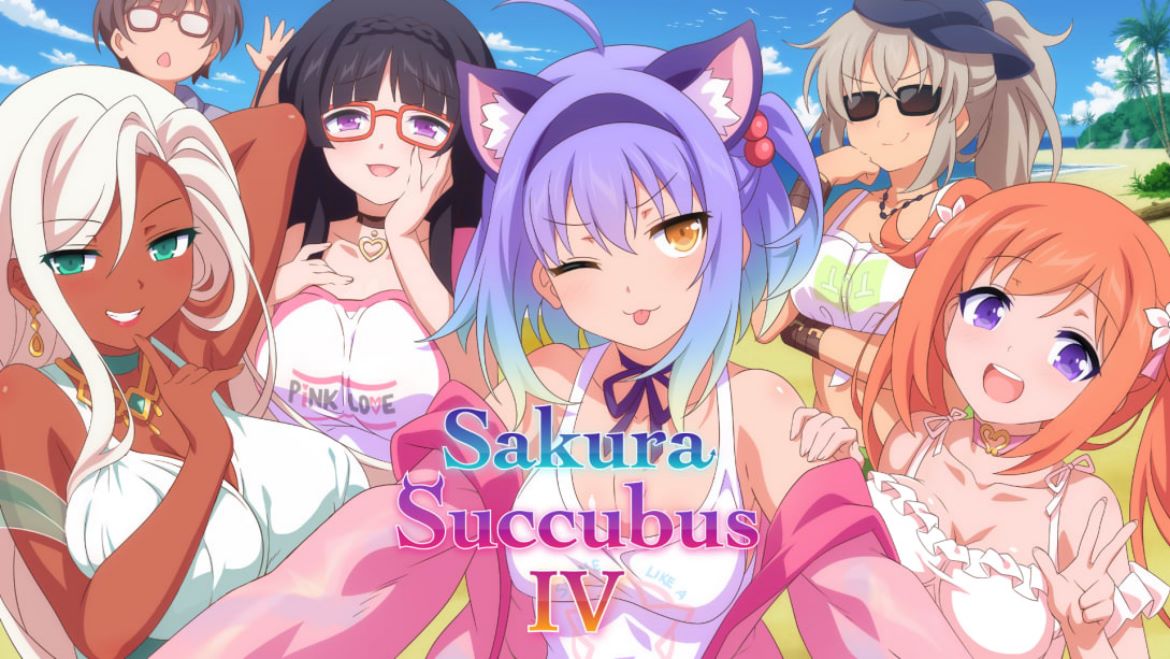 Disclaimer
This Sakura Succubus 4 review is based on a PlayStation 4 copy provided by Gamuzumi.

Weapon Of Choice DX Out Tomorrow