Rustler from Modus Games and Jutsu Games on PlayStation 4 asks, “What if classic GTA but in a medieval setting?” Does it work? Find out in our Rustler review!


Rustler from Modus Games and Jutsu Games on PlayStation 4 asks, “What if classic GTA but in a medieval setting?” Does it work? Well, it certainly does! The team at Jutso Games has referred to Rustler as Grand Theft Horse, and that should give you an idea of what to expect. After a full-motion video introduction showing you some of the actions your main character will be able to perform in the game, as well as all of the trouble he could get into because of the whole “actions have consequences,” you’ll be ready to give Rustler a go. 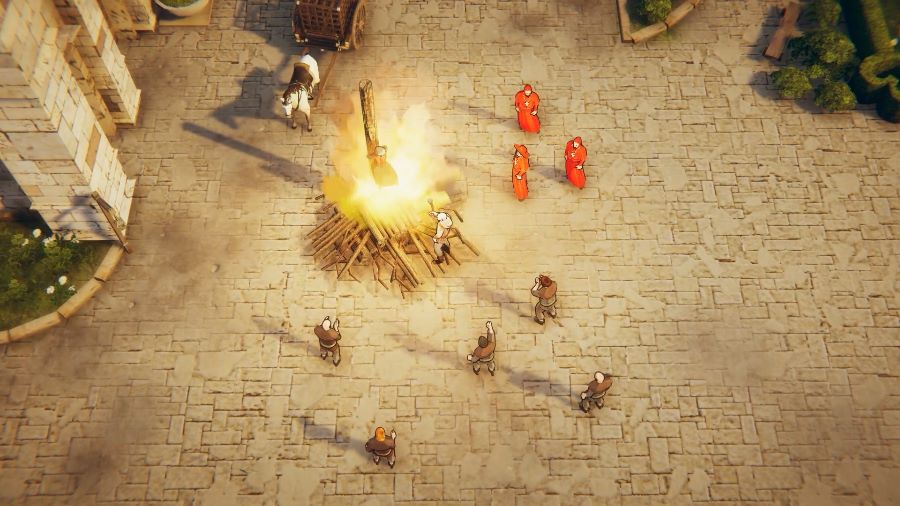 Once you’ve picked your difficulty – between the Easy, Medium, and Hard options – you’ll get to start your adventure with a tutorial that will show you the basics… right after you get a dose of the type of humor you’re going to find in Rustler. This includes a montage – set to a hip-hop song – of someone farting and killing a bunch of birds, a cow standing on a house’s roof, someone drunkenly missing a door and hitting his head on a wall, and a bunch of dead people here and there.


You’ll move your character with the left analog stick, using a dodge roll with the X button to quickly move out of the way of danger. You can attack opponents with the R2 button and can press the L2 button to block attacks. If you time things right and press the L2 button as your enemy’s attack is about to land, you’ll be able to parry it. This is important since there are some weapons, such as spears, that can only be parried. If you’re near a horse, press the Triangle button to ride it. You’ll steer the horse with the left analog stick, accelerating with the L1 button and moving backwards with the R1 button. 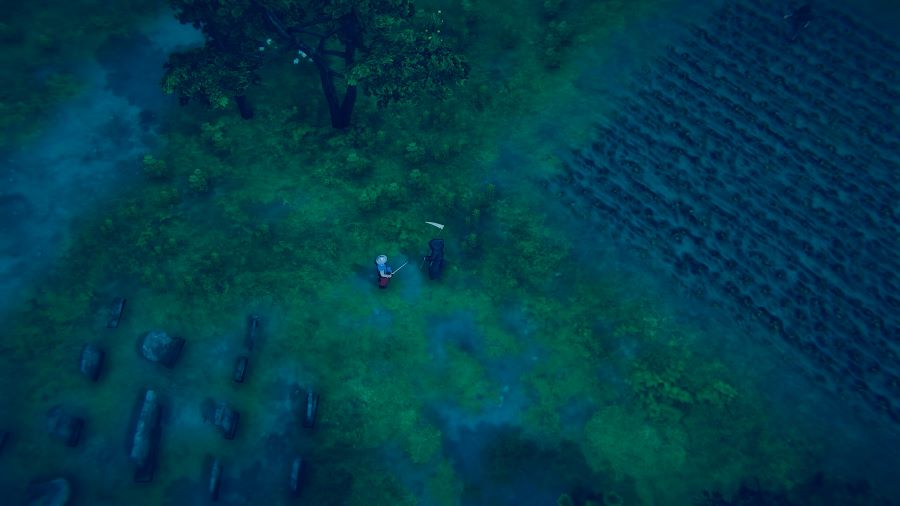 Since you start out with nothing on you but some old clothes and your fists to defend yourself, you should try and find as many weapons, armor, and other useful items as fast as possible. If you break a wooden fence, you could get yourself a piece of wood to strike fear in your foes… but that’s not going to be enough. Find yourself some proper armor and a shield to protect you from wounds, and locate a sword and a cross-bow and some bolts so that you can switch between them by pressing left or right on the D-Pad so that you can sometimes attack enemies from a safe distance.


As is the case for the GTA series, your actions will get the attention of law enforcement if you’re not stealthy enough. Hurting innocent citizens is a good way of stupidly increasing your wanted level, making more and more guards come after you. Steal a horse, and you’ll have someone chasing you on a horse – with a police siren – to try and get back the ill-gotten equine. If that’s the case, you should pay a visit to a fine Pimp My Horse location so that you can give the horse a quick reskin to try and fool the guards. You can also look for any wanted poster to take them down and lower your wanted level. 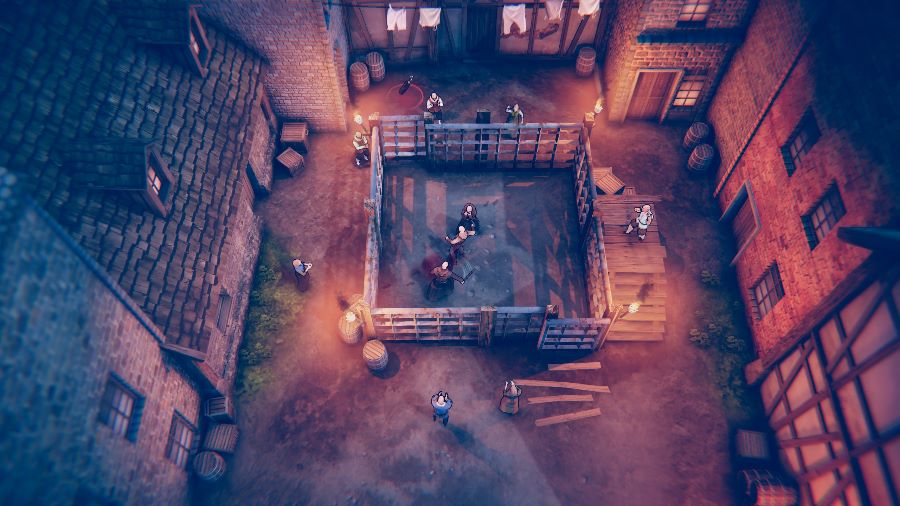 There are several skills for you to upgrade with the points you obtain from completing the many quests that the game has to offer. These skills are split into four groups: Combat, Ranged, Riding, and Social. By spending your hard-earned points to improve each of these skills, you’ll be able to increase your max HP, increase the maximum damage you can deal, boost your bolt capacity for long-range attacks, make it possible to pick up items while riding a horse, or boosting the amount of ammo and gold you find, to name some examples.


If you pause the game with the Options button, you’ll get to access the Player Stats page. Here, you can review your overall progress with Rustler, checking how much of the game you’ve completed, as well as how many quests and side activities. These are split into the following lists: Medieval Martial Arts (MMA), Body Collecting, Stayin’ Alive, Horse Racing, Cargo Transport, Pony Express, Taxi Guy, and This Neigh Land. There are also many collectibles to find, including horseshoes, weapons, and musical notes, which will be needed for some of the game’s trophies. 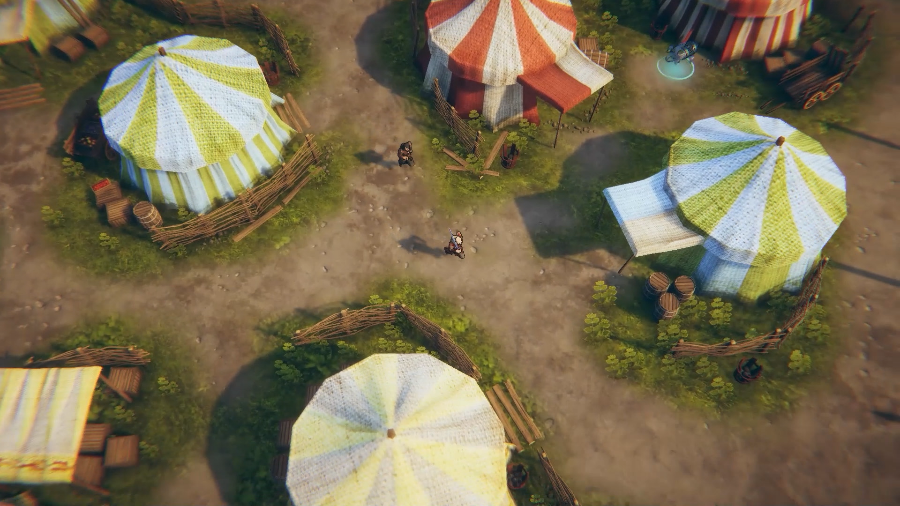 On that note, Rustler has a full trophy list with a Platinum trophy for you to add to your collection. The first trophy that will pop will be for completing the game’s first quest. After this, it all depends on how you play the game. There are trophies for completing all quests from the Spanish Inquisition, the Knights of the Holy Grail, and the Priest, surviving for five minutes at maximum wanted rating, collecting 20 bodies during the body collecting side activity, using the Pimp-A-Horse 20 times, or collecting 20,000 coins.

If you hurry up, you can take advantage of the free Launch DLC pack, which will grant you the following once you’ve completed the tutorial:

Rustler is a fun game that pays homage to the classic Grand Theft Auto games, moving the setting to a medieval experience. It’s not going to be for everyone, given its humor, its gameplay which pays homage to the old-school-style games in the long-running GTA series and the medieval setting. It’s a game that you’ll be playing for around 8-12 hours or so, depending on the difficulty setting you play in and how good you are at completing all of the objectives for that Platinum trophy. Rustler is out on PlayStation 4 with a $29.99 asking price. 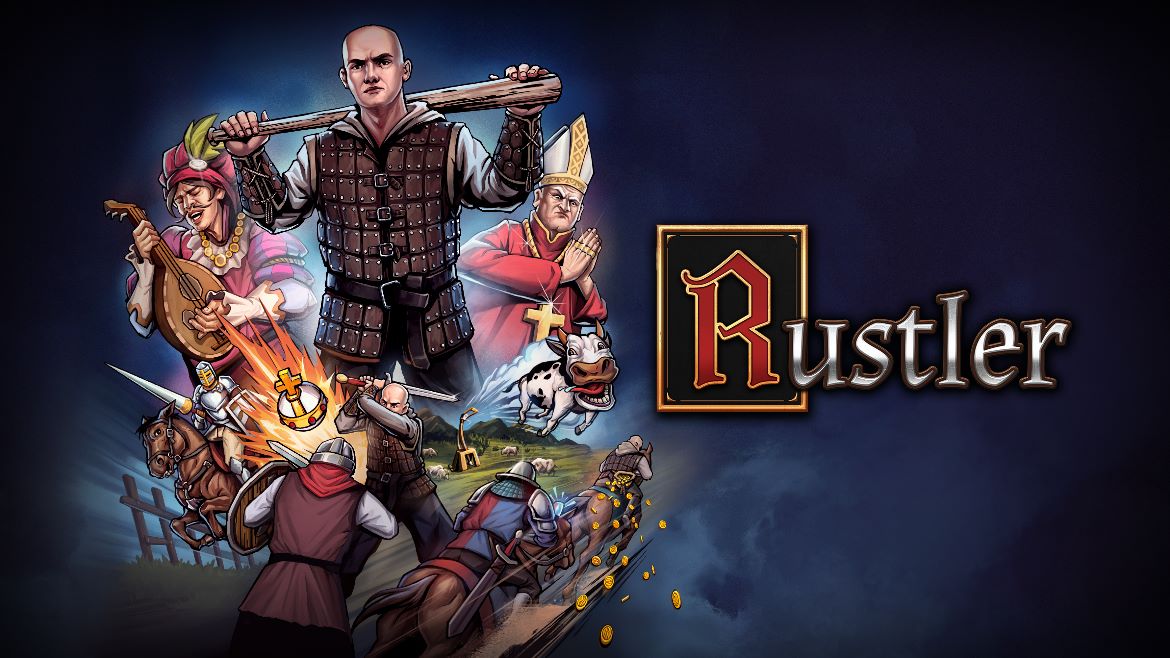 Disclaimer
This Rustler review is based on a PlayStation 4 copy provided by Modus Games.

Demon Slayer -Kimetsu no Yaiba- The Hinokami Chronicles Out Next Month