Razputin “Raz” Aquato, trained acrobat and powerful young psychic, has realized his lifelong dream of joining the international psychic espionage organization known as the Psychonauts! But these psychic super spies are in trouble. Their leader hasn’t been the same since he was rescued from a kidnapping, and what’s worse, there’s a mole hiding in headquarters.

Psychonauts is a game series that saw its first release way back in 2005, launching on the original Xbox and the PlayStation 2. After the first game, the community wanted a new opus which was finally announced in 2015 after a successful crowdfunding campaign, finally releasing in August 2021 – after PlayStation VR spin-off Psychonauts In The Rhombus Of Ruin.

If you missed the first Psychonauts game, worry not, because before you dive into Psychonauts 2, you’ll get a video recap that will tell you everything you need to know about the story from Psychonauts and Psychonauts In The Rhombus Of Ruin.

Razputin Aquato – Raz for short – is a psychic, and he always wanted to join the international psychic spy organization, the Psychonauts. His dream came true, and as Psychonauts 2 begins, you are taking on his first day at the office as an intern. Psychonauts 2 throws you into the heat of the action as you’re tasked with spying over a coworker suspected of doing evil deeds, following the events of Psychonauts In The Rhombus Of Ruin.


This section will act as a tutorial that will teach you all of the basics as you run and jump around the place, taking on some of the easier enemies in the game, eventually exploring the mind of the aforementioned colleague that you were following. The controls are fluid and precise, which makes this a very fun experience. Your psychic powers will play a big role, so you better get to learn how to make the most of it. 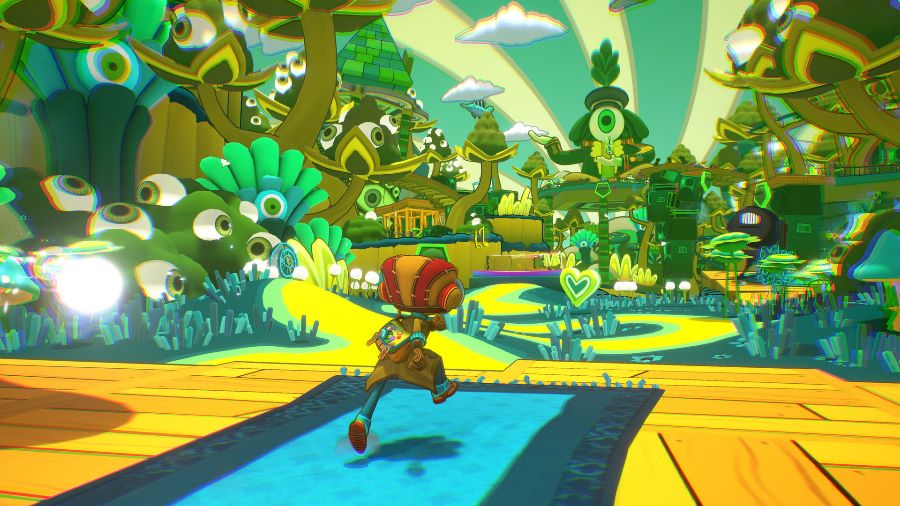 Littered in the levels are a ton of collectibles that must be recovered if you’re looking for all of the in-game perks and, eventually, adding a new Platinum trophy to your collection. There are badges, figments, emotional baggage for which you must find the corresponding tag, as well as pins that you can put to good use. As you can imagine, you’ll be busy finding everything hidden in the levels as you play through the main campaign. Raz will also gain levels that will increase his internship status. 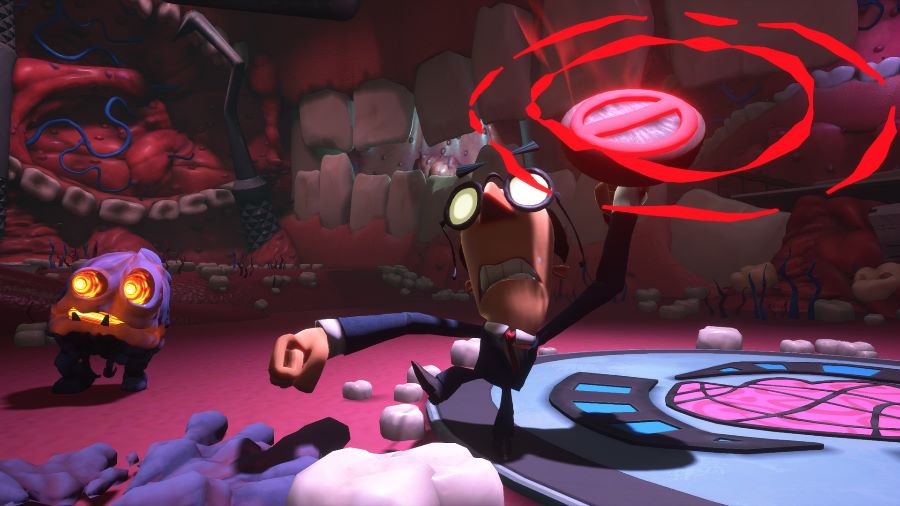 Every character in Psychonauts 2 is a unique adventure that looks like a quirky Saturday morning cartoon. The animations and cutscenes really help to bring the whole cast – and the world of Psychonauts – to life. Each of the locations you will visit really stands out. Each section of the game has a different feel depending on what you’re doing. My kids were watching me play, and some of the areas felt joyous, while others had a bit of a disgusting feel to them. Something I want to mention is that I was impressed by the game’s accessibility since you can make combat easier, remove fall damage, as well as activate some visual aids to help you during your time with Psychonauts 2.


This game is built on the Unreal Engine and runs great. I do want to mention that I played this PlayStation 4 game on my PlayStation 5. Everything runs smoothly, and everything feels so alive, thanks to how colorful the game is. For example, without spoiling things too much, one of the early areas you visit in the mind of the coworker you were previously following is, for some reason, packed with teeth. Lots and lots of teeth. These are some of the creepiest teeth I’ve ever seen in a video game, and things only get weirder and weirder as you progress through the story. 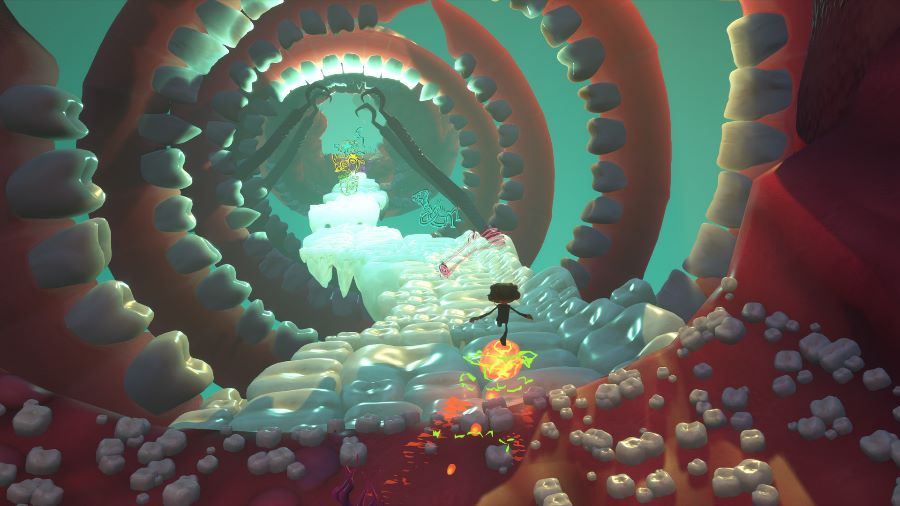 As for the trophies, we’re looking at a full list that is packed with fifty Bronze trophies, six Silver trophies, and a lonely Gold trophy, and then you’ll see that new Platinum trophy in your collection. This is not a short adventure, but it’s a very fun one, so time will surely fly as you play. The good news for trophy hunters is that there are only a couple of missable trophies to worry about, and there’s also the opportunity of turning on the invincibility option so that you receive no damage!


Psychonauts 2 is the Psychonauts sequel that everyone has been asking for more than 16 years. It presents a colorful and quirky world and a story that will keep you glued to your seat as you use your psychic powers to overcome all odds. It looks great and feels great, has a full trophy list, and is ready to go on PlayStation 4 – all while running even better on PlayStation 5. Psychonauts 2 is out on PlayStation, and it’s definitely the game that fans have all been waiting for!

Disclaimer
This Psychonauts 2 review is based on a PlayStation copy provided by Double Fine.

ExZeus: The Complete Collection Out Next Week