Orbibot from Ratalaika Games and PS Games is an arcade game in which you’ll be taking control of a sphere. Check our Orbibot review!


Orbibot is a game in which you control a ball-shaped robot and solve physics- and logic-based puzzles.

Being a ball doesn’t limit you as much, you can control buttons, laser switches, and doors to reach the end of the level. Sometimes you will need to use barrels or metal balls to get to your destination.

In Orbibot from Ratalaika Games, you’ll be taking control of a sphere that you need to take to the exit teleporter through each of the linear levels, all without falling off the ledges. Each of the 15 levels available in this game has a similar feel, so you’ll be making your way through stages that have barrels, crates, smaller balls, and some light puzzle elements along the way. I liked how some levels used pinball-style rails that you have to use precisely in order to get to the upper sections of some levels. There are also some light physics puzzles that require moving blocks or using items to activate switches in order to unlock your path. 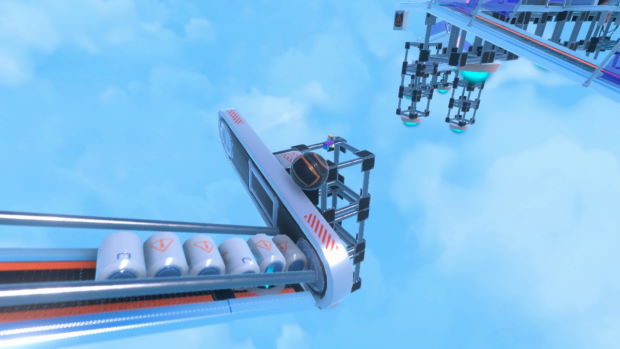 Each level has at least one hidden cat collectible that is optional, but you’re going to have to collect some of them if you want to get all of the game’s trophies. You’ll need to pay attention since some of them are not easy to find and could even be hidden below the stage! As for the controls, I noticed that the analog sticks made the sphere move way too fast, which is not ideal for a game in which you sometimes need to move precisely over a small corridor or a set of thin rails. The graphics are pleasant but do have a blue-ish tint to them. The game runs smoothly on PlayStation 4 and PlayStation 5. 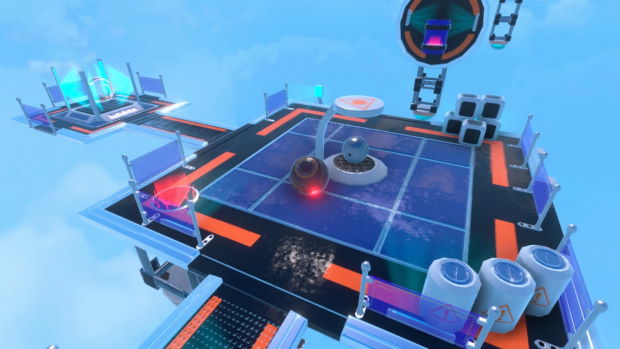 If you’re looking for an easy Platinum trophy, then you’re in luck! Since this is a Ratalaika Games release, the trophies will pop as you progress through the game’s first three stages while you complete miscellaneous objectives such as pushing crates, barrels, and other objects off the way and down into a bottomless pit. You also have to grab three cat collectibles, which isn’t hard since there are many available. This is a Platinum trophy you can get in 20 minutes or so. And since Orbibot is cross-buy, you will get the PS4 and PS5 versions, with each one featuring a separate trophy list. 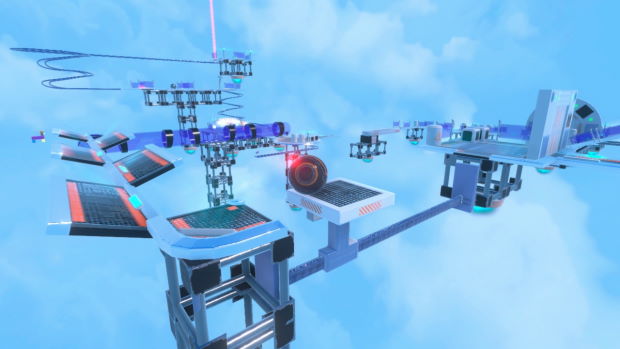 There isn’t must else to say about this game. Orbibot is fun, simple, and to the point, and it’s a great option if you’re looking for two new Platinum trophies for your collection at a low price. Orbibot is out on PlayStation with a $4.99 price.

Disclaimer
This Orbibot review is based on a PlayStation copy provided by Ratalaika Games. 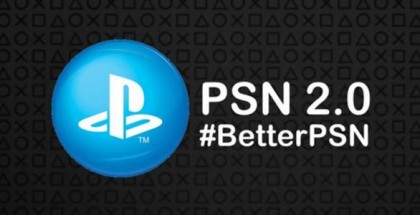