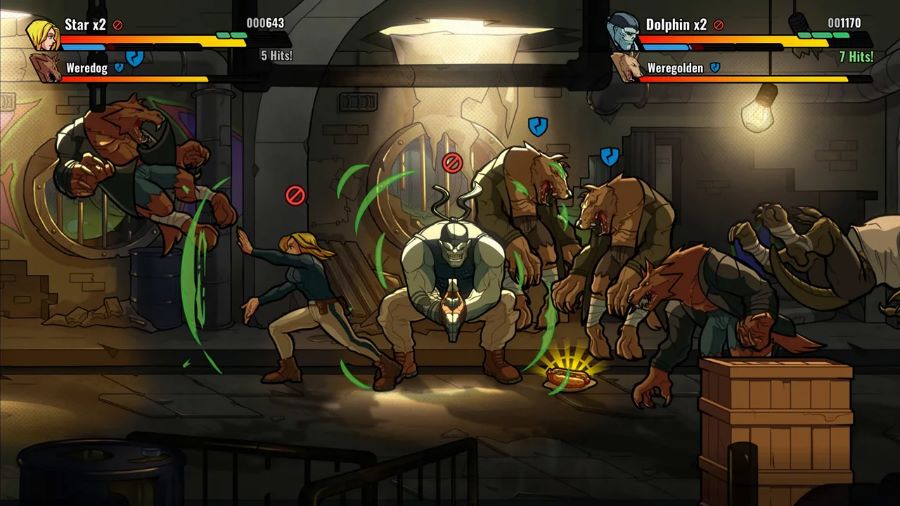 Mayhem Brawler from Hero Concept is a brawler that pays homage to 1990s beam ‘em ups. There’s a bit of Final Fight and Streets of Rage in this one, which is certainly a good thing! You’ll play as Star, Dolphin, and Trouble, the most popular officers in Stronghold, a super-powered law enforcement agency. While taking on a routine call, they start to unravel a series of events that will change the fate of the city. This one can be played on your own or in local co-op for up to three players. You can pick from one of four difficulty settings – Cadet, Officer, Superhero, and Legend – with each one bumping up the overall challenge. 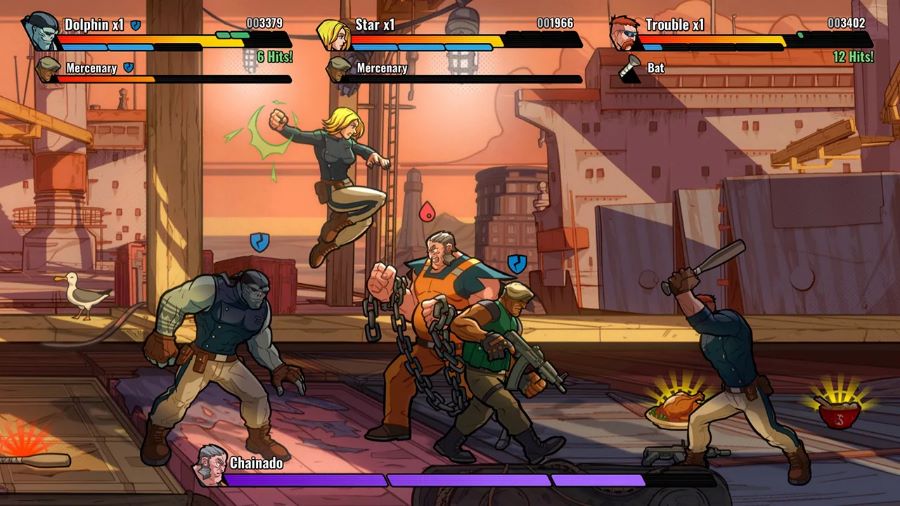 The game offers a fun take on the 1990s style beat ‘em ups of ages past, with regular attacks, jump attacks, special attacks, and the combos you can link together with them. Mayhem Brawler features comic-book-inspired backgrounds to go along with the comic-book-inspired story with some comic-book-inspired supernatural twists. Speaking of the story, you will be making some choices along the way that will impact how the story develops, eventually leading you down a path that will have you reach one of the three different endings.


Each of the three characters you can play as – telekinetic social media influencer Star, living weapon mustached Trouble, and giant powerhouse Dolphin – will have different stats and combos for you to consider. Each character will have different values for melee damage, power damage, resistance, speed, and power regeneration. Star has low melee damage and resistance, but she’s fast, deals considerable damage with her special skill, and has a high power regeneration rate. Dolphin certainly packs a punch and can receive several hits before actually being hurt, but he’s very slow and doesn’t deal a lot of damage with his special skill. Trouble is the more balanced of the group, making him a good option for your first run. 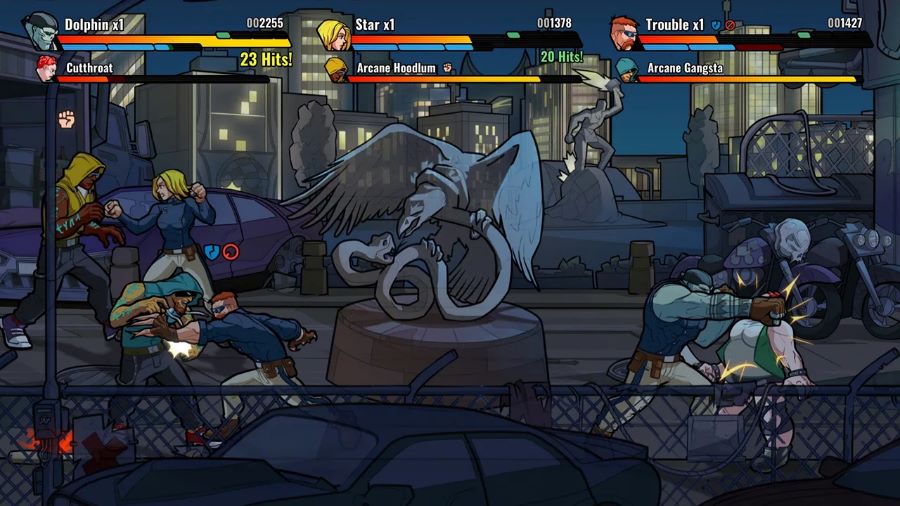 For this beat ‘em up, you’ll be controlling your character with the left analog stick or the D-Pad, jumping with the X button, and attacking with the Square button. If you press twice in the same direction, you can dash and then do a dash attack. Get close to an enemy, and you can grab them, pummeling them for a bit before throwing them onto another opponent. You can block incoming attacks with the R1 button as you prepare a counter-attack. Objects can be picked up with the Circle button, which can be useful when you have to deal with many opponents. Just grab a big barrel and throw it at your enemies! If you grab a weapon, then you can attack with it by pressing the Square button. You can also use your special ability with the Triangle button, but you need to be careful since it will use up some of the energy that you build up from attacking enemies or from being damaged. 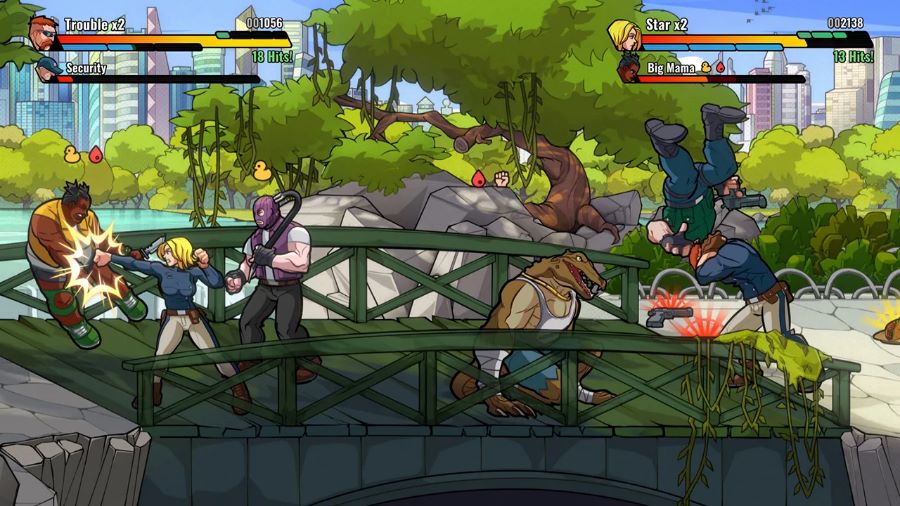 If you’re looking for an old-school infused beat ‘em up that pays homage to the 1990s classics while giving you a 21st-century experience, then Mayhem Brawler is a good option. It features a Campaign Mode that is fully voice acted, with seven stages to beat and different paths to take along the way that will lead you to one of the three potential endings. Add the Arcade Mode you unlock after beating the game once, which asks that you beat the whole game with a single credit, and you have a fun game to check on Sony’s consoles. Mayhem Brawler is out on PlayStation 4 with a $19.99 price.

Disclaimer
This Mayhem Brawler review is based on a PlayStation 4 copy provided by Hero Concept.