Barry the Bunny from Ratalaika Games and lightUp is a platformer in which you’ll help Barry help his friends get home. Check our Barry the Bunny review!


Barry the Bunny is a challenging 2D platformer about a Bunny who likes carrots and loves building bridges!

Barry the Bunny from Ratalaika Games and lightUP places you in the role of a bunny who loves to build bridges. He, however, has enemies called the Overalls Gang that have their own goal: destroying the very bridges he builds! Your goal will be to go through each of the game’s levels and build bridges for the bunnies without getting destroyed by the different enemies and hazards at each level. 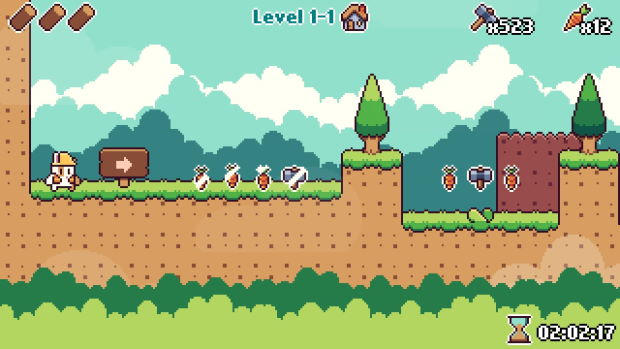 About the controls, they are quite simple, since you’ll move Barry with the left analog stick and the D-Pad, jumping with the X button and using the Square button to attack. One of the issues is that the controls feel a bit imprecise, especially during jumps. On top of this, one of the most annoying aspects of the game was attacking. Why? Because often – but not always – your ax will fly out at a 45-degree angle for no reason. This means that you’ll die when you walk straight into an enemy that you should have defeated with that ax that went flying in the wrong direction.


The level design is basic and is composed of bridges, water pits, small platforms, monsters, and spikes. As you progress through the levels, you’ll be presented with falling spikes and disappearing platforms. Speaking of which, most of the falling spikes seem to be placed in a way that you’ll most likely get hit by them once unless you’re really, really careful and try to avoid them. 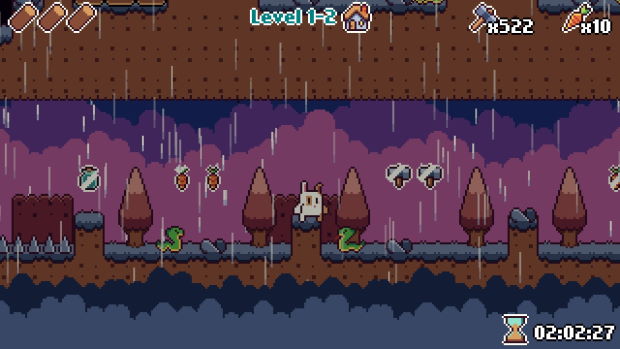 In the graphics department, the game is pixelated and colorful. The camera moves in an exaggerated way, which felt weird. On the soundtrack side, it’s not something that I’d recommend you listen to since Barry the Bunny features one of the shortest and most annoying looping soundtracks I’ve heard in a while.


Trophies are quickly awarded as you progress through the game, and the last one you’ll unlock should pop after you beat level 26. For this, you should make sure that you save every bunny from the first level and up to level 26 so that you can get a new Platinum trophy during your first try. The trophy list of composed of eleven Gold trophies and the Platinum, so it’s not a hard list to complete. The game is cross-buy and has two separate trophy lists between the PS4 and PS5 builds, so you can get two new Platinum trophies in around an hour! 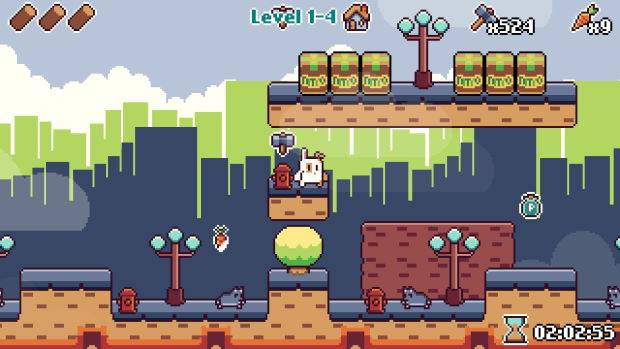 Barry the Bunny is a game that misses its target. The level design often felt annoying, jumping and attacking was imprecise, and the level design was very average.

Disclaimer
This Barry the Bunny review is based on a PlayStation copy provided by Ratalaika Games.