The Gem Collector from TreeFall Studios is an indie 2D platformer on PlayStation 4. The game was originally released way back in 2016 on the Nintendo Wii U, and it’s now found its way to Sony’s last-gen console. This is a chill 2D platforming experience that you can complete in a couple of hours at most if you try to grab every collectible in each of the stages that the game has to offer. 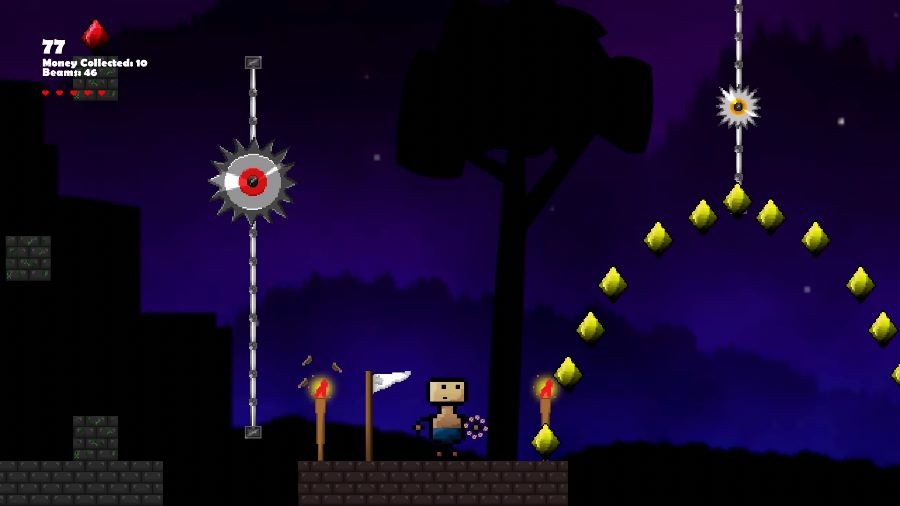 There are twelve tribes in the Ashne Kingdom. Each year a different tribe is required to bring a collection to the mad King Dinglah, or else he’ll send his forces to destroy everyone. This is why you must do give it your all to collect all the gems to bring them to the Mad King before it’s too late. You can break pots with your attacks to reveal items that will you recover your lost health. Later worlds will have different items instead of pots – such as the lightbulbs for World 2. To reveal the portal key, you must collect the three sacred stones for each stage. Each gem you collect will have a different value. Yellow gems are worth one point, green gems are worth two points, red gems are worth five points, and blue gems are worth ten points. 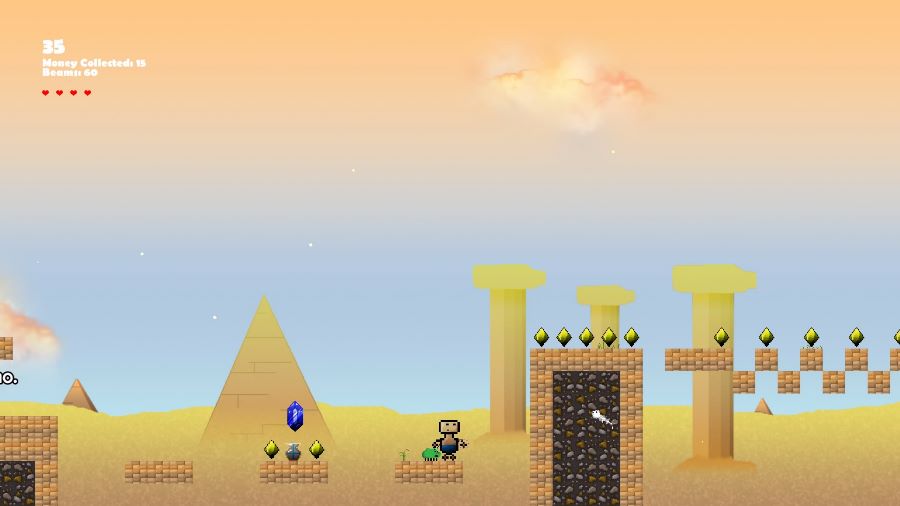 You’ll move with the left analog stick, jumping with the X button as you move from platform to platform. To run, press and hold down the Square button. You can shoot with the R1 button, but your ammo is finite. You can check how much ammo you have by reviewing the counter on the upper left part of the screen. By using the D-Pad, you can change between magic, electric, and sun ammo. If you want to change the camera to zoom in and zoom out, you can do so with the L3 button. You also sometimes have a dragon named Jasper by your side, which you can switch to with the Triangle button to, for example, activate levers that would otherwise be out of reach.


For each stage, you must collect as many gems as possible, grab all three sacred stones, and then collect the portal key. The enemies you defeat will leave behind gold coins, and if you want to 100% the game, you’re going to have to destroy every single enemy and collect all of the coins they leave behind. Some jars will also be hiding enemies – and, therefore, coins for you to collect – so be sure to destroy every single one of them! 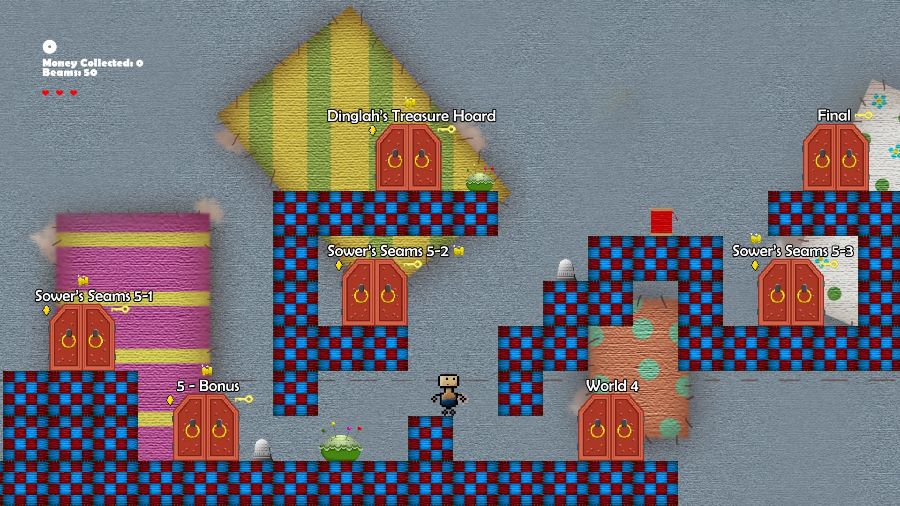 The trophy list for the Gem Collector is a long one with seven Gold trophies, nine Silver trophies, and ten Bronze trophies. There are trophies for completing miscellaneous objectives such as collecting the key on the first level with a full health count of five hearts, for solving specific puzzles by shooting at this or that with one of your energy attacks, or for standing near a pile of snowballs so that your next shot is a snowball, to name some examples. There’s a trophy for beating the mad King, and the rest of the trophies are for collecting all keys, coins, and gems in each of the levels of each world in order to 100% the game and get that Platinum trophy you want. 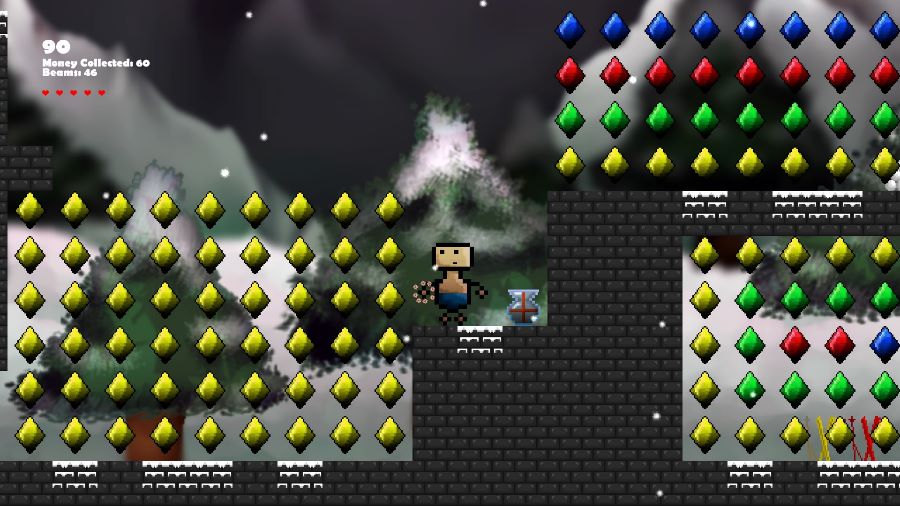 If you’re looking for an easy-to-pick-up budget 2D platformer you can beat in a couple of hours at most with a Platinum trophy for your collection, then The Gem Collector is a good option. It’s out on PlayStation 4 with a low $2.99 asking price, and the game’s difficulty will not feel overwhelming.

Disclaimer
This Gem Collector review is based on a PlayStation 4 copy provided by TreeFall Studios.

Button City Out Next Week