Spelunker HD Deluxe from ININ Games and Tozai Games is a new take of the classic, now on PS4. Spelunker HD was originally released on PlayStation 3, and it’s now back on PlayStation 4 with a revamped look, as well as more content to enjoy, all for a $24.99 budget price. If you’re a fan of the original game, worry not because you’ll be able to select between playing with the new 3D presentation or going with a 2D classic look and the sounds you’ve come to know and love. 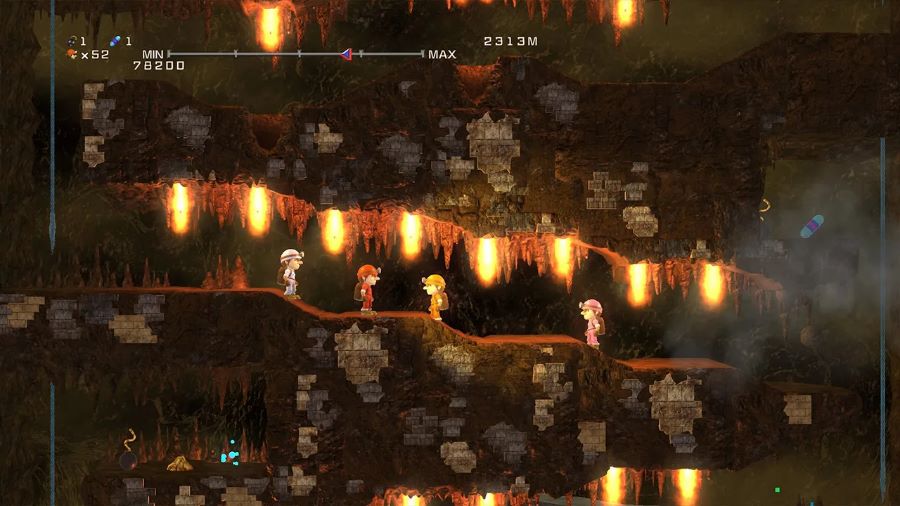 
For Spelunker HD Deluxe, you can play in Adventure, which offers more than 100 3D or 2D stages that you can experience on your own, paying homage to the classic Spelunker adventure or take on a local or online multiplayer quest to find as much treasure as possible. There’s also Competition, which is an online or offline option in which you select one of ten stages, as well as if the game will have a 3D or 2D presentation, and try to beat other players to the goal to win. You’ll need to get the best time possible as well, so you must do whatever it takes to use the items and power-ups in each level to reach the exit without running out of time. You’ll have infinite lives for this one, which is great since, as is the case for other modes, you can die from falling off a ledge, from jumping down to a platform from too high, or from a bomb that goes boom when you’re too close to it. 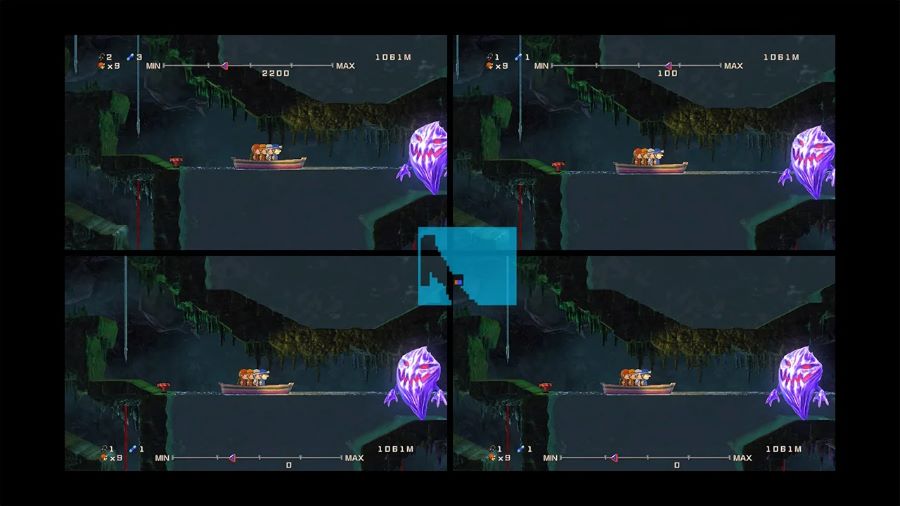 Another option is Championship, which can be played either on your own, as a group excursion online, or as a group excursion offline. For this one, you’ll be taking on specific stages as you avoid fire hazards, holes, bats, snakes, and more, in stages that offer a big bump in the difficulty when compared to the rest of the stages. A single mistake is going to cost you since everything around you is out to kill you! The last one is Endless Cave NEO, a mode that is new to the Spelunker HD Deluxe. This one can also be played on your own or as a group online or offline. This one will present to you randomly generated stages that auto-scroll, forcing you to always be on the move. The scores for all players are combined at the end, so it’s advised that you split and search for treasure so that you can get as high a score as possible. If you play this mode online, the final score will be uploaded to the leaderboards. 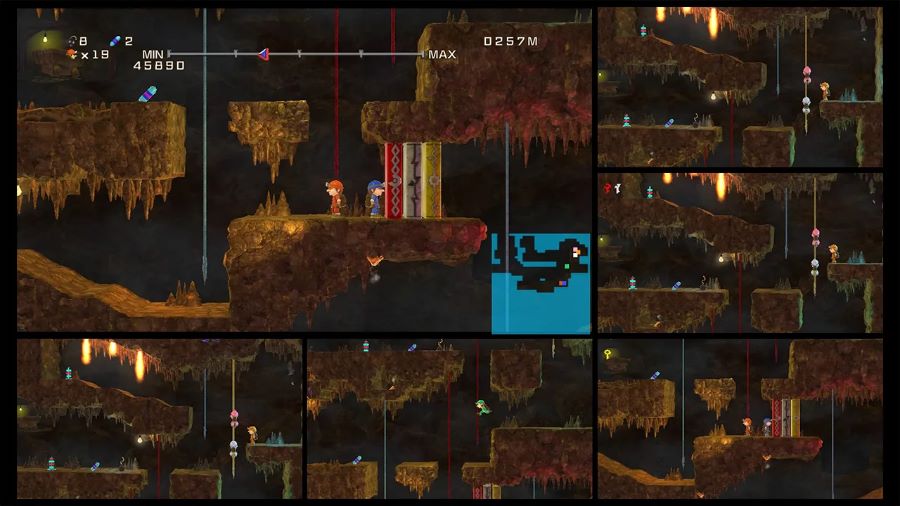 Spelunker HD Deluxe has a full trophy list with a Platinum trophy waiting for you. It’s a long list that will ask that you play the game for the first time, and then do it again 50 and 100 times, that you defeat a ghost for the first time, that you defeat 50 ghosts, playing in the Endless Cave NEO mode and reaching a depth of 1,000 and 5,000 m when playing offline, as well as doing it again when playing online, or achieving a score of 10,000 and then 100,000. Some of the trophies are tied to playing the game’s different modes online, which can prove to be a bit tricky right now since there aren’t that many people playing online, even on weekends. 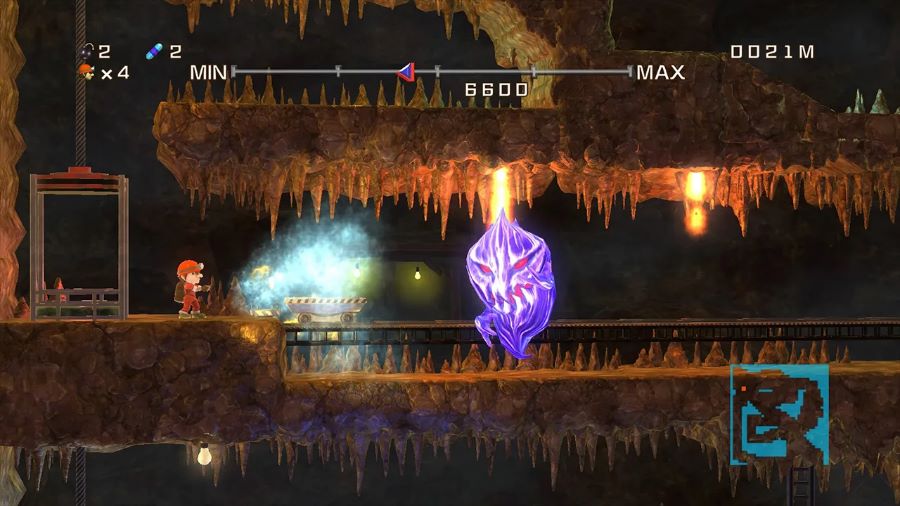 If you’re a fan of the Spelunker series and want to take it for a spin with a new look and new gameplay modes to play offline and online, then this is a good option. Being able to switch between the 3D look and the classic 2D look and soundtrack is certainly a good bonus so that you can take a proper nostalgia trip. You can buy Spelunker HD Deluxe digitally, or you can visit Strictly Limited Games to get the standard or the Collector’s Edition physical version, which includes the game, a booklet, a figure with sound, a collector’s box with a magnetic latch, a level guide, a large reversible poster, an original soundtrack, a flyer, and a glow-in-the-dark sticker!

Disclaimer
This Spelunker HD Deluxe review is based on a PlayStation 4 copy provided by ININ Games.