Koihime Enbu RyoRaiRai from Degica Games, Unknown Games and M2 is a fun all-female fighting game to check out on PS4. It’s available for a new budget price of only $14.99, which makes it an easy one to recommend to fans of the genre since it offers easy to understand gameplay mechanics that will not overwhelm gamers, especially those new to the genre. It’s set in ancient China during the Three Kingdoms period, during which rival factions give it their all as they battle for their kingdom. 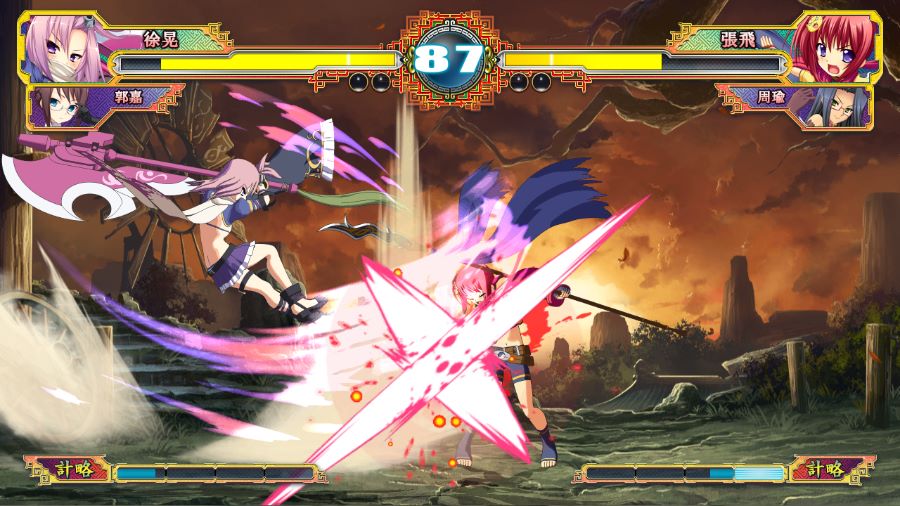 Koihime Enbu RyoRaiRai recently got a free patch on PlayStation 4 updated it to match the changes made to the arcade version, bumping it to Version 3. This means that new quality of life improvements have now been made to Koihime Enbu RyoRaiRai, including revamped animations for all characters, adding a button dash option, readjusting the game’s Training Mode and Challenge Mode – more on this in a bit -, as well as adding a new stage and new BGM, making it the definitive version of Koihime Enbu RyoRaiRai.


You can enjoy Koihime Enbu RyoRaiRai in one of the many gameplay modes you’ve come to expect from a fighting game in the 21st century. You can dive into the regular Arcade Mode, which is the main mode for the game, and is actually what you’d call a Story Mode in other fighting games. You can take on single battles in Versus Mode, or jump into a worldwide battle against opponents from around the globe in the Online Mode. You can also take your time to learn all of the basics by checking out the Training Mode, which also includes a Challenge Mode, which you can access in the pause menu. 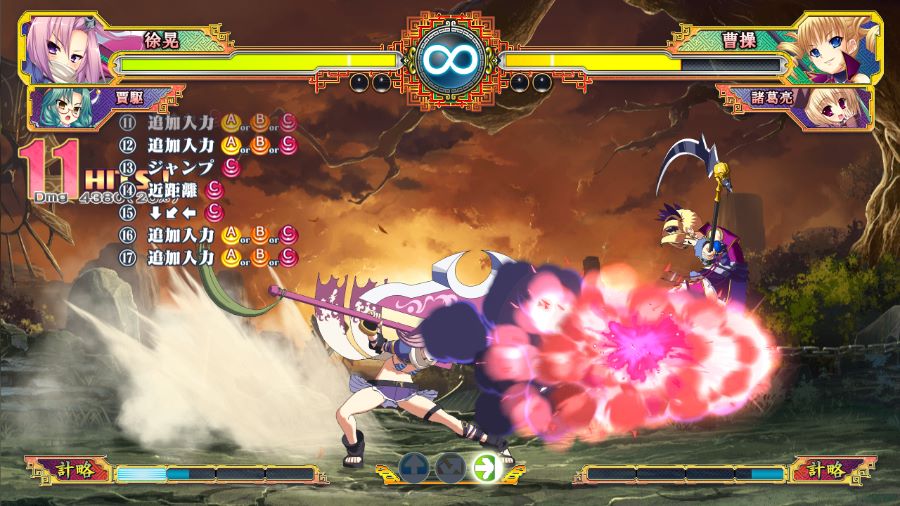 For the Challenge Mode, you can activate each of the challenges for a character, which will ask that you complete a variety of actions that will help you learn all of the basics. Say you pick Kan’u as your character. Once you’ve activated the Challenge Mode, you’ll have to perform each of her special attacks in a row to complete each challenge. For this, you’ll have to do a quarter circle forward motion and press the Light, Medium, or Hard attack buttons, do a forward, down-forward, forward motion and one of the attack buttons, a quarter circle backwards and one of the attack buttons, and so on. After that, you’ll have to start working on some combos that will allow you to deal considerable damage to your opponents.


You’ll move your character with the left analog stick or the D-Pad, jumping by pressing in any of the upward directions. You can quickly dash by pressing forward and the L2 button, to close the gap between you and your opponent. Light attacks are mapped to the Square button, Middle attacks are set to the Triangle button, and Hard attacks are mapped to the X button. The Circle button is for the Sp attacks, which will allow you to call in your Strategist, or unleash a powerful Sp attack when your character has filled up its Sp bar at the bottom of the screen. You can taunt your opponent with the R2 button. For your convenience, pressing the L1 button will act as pressing the Light and Medium attack buttons at the same time, while the R1 button will act as pressing the Middle and Hard buttons at the same time. 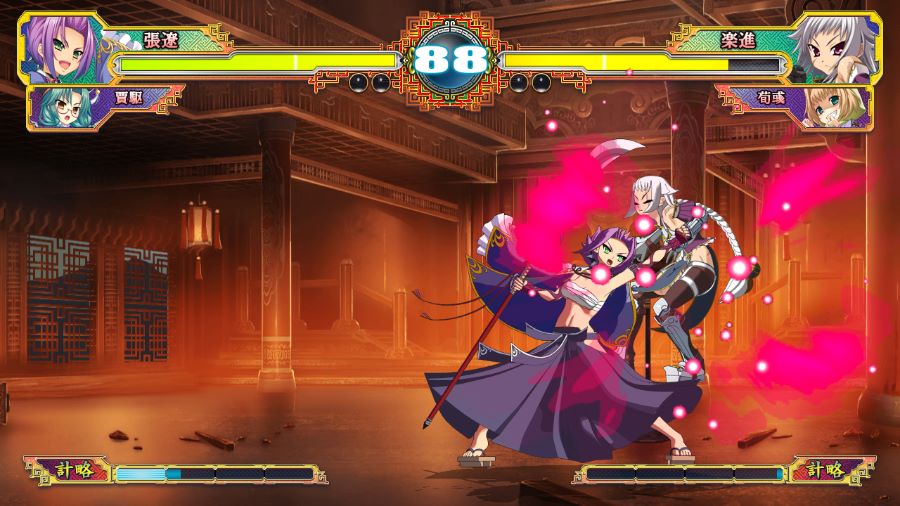 A very important element is the Hougeki attribute. All characters have attacks with the Hougeku attribute. When you land one of said attacks, your opponent will be left staggered, allowing you to follow up with an attack that can launch your opponent forward against the back of the screen, or upwards to juggle them with a special attack, or a regular attack that will lead into another attack to keep the combo going. During a Hougeki combo, you can also activate a special Hiougi attack by using up all four slots of your special attack bar.

Speaking of the special bar, while you do need to be careful during each fight in order to get a better read of your opponent, landing the first attack is crucial since it will instantly reward you with one full slot for your special attack bar. This bar is needed to call your tactician into action, to use boosted versions of your special attacks that will deal more damage, to unleash an Sp attack that will deal a ton of damage if timed right, and to call upon the might of the aforementioned Hiougi attack. 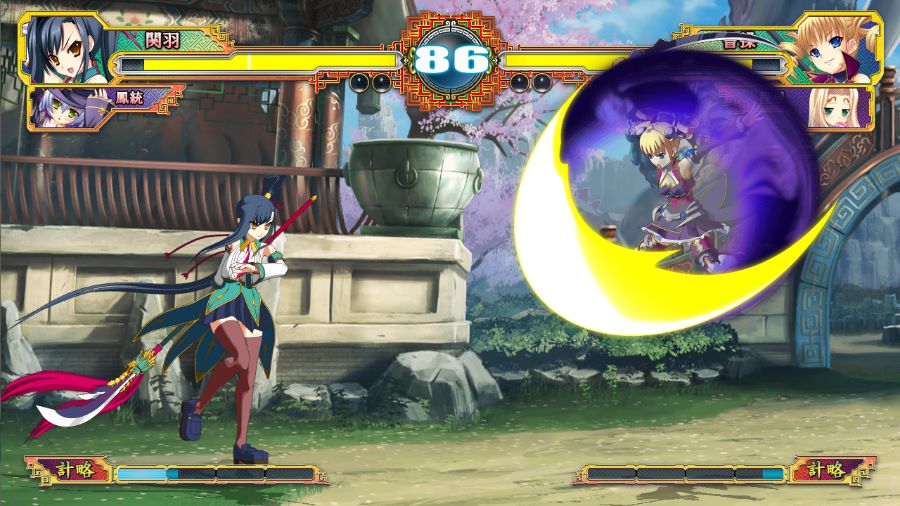 As for the game’s trophies, there are good news and bad news. The good news is that there are no missable trophies in the list, since this is a fighting game and you can replay each mode over and over as needed. The bad news is that three of the game’s trophies will greatly rely on your skill level. You will need to complete the Arcade Mode with all characters, take on the Online Mode and play 100 ranked matches and 100 player matches – win or lose. And you’ll also have to have to complete all challenges in the Training Mode for every single character. And complete Arcade Mode at the highest difficulty. And spend at least 10 hours in Training Mode – trust me, this one won’t be much trouble since you’ll have to spend a ton of time in Training Mode to complete all of the challenges.


If you’re looking for a budget fighting game to add to your collection, then Koihime Enbu RyoRaiRai is a good option. It features easy to understand but hard to master gameplay mechanics, a solid cast of characters, and several game modes to play. Trophy hunters should be aware that this one is going to take dozens of hours and require a lot of skill if they want to add one more Platinum trophy to their collection. Other than the all-female cast having some characters that go into a bit of fan service territory, there’s not much to complain about this one. Koihime Enbu RyoRaiRai is out on PlayStation 4 with a $14.99 asking price. Stay tuned for our review of the DLC pack with new playable character Jokō Kōmei and new strategist Kakuka Hōkō!

Disclaimer
This Koihime Enbu RyoRaiRai review is based on a PlayStation 4 copy provided by Degica Games.