DariusBurst Another Chronicle EX+ from ININ Games is a new take on the fantastic arcade experience. DariusBurst Another Chronicle EX was previously available as part of the Dariusburst Chronicle Saviours collection on PlayStation 4, and we’re now getting it as a standalone release with expanded content that makes it the definitive way to enjoy this superb arcade experience in which you can team up with other gamers for some multiplayer for up to four ships at the same time. 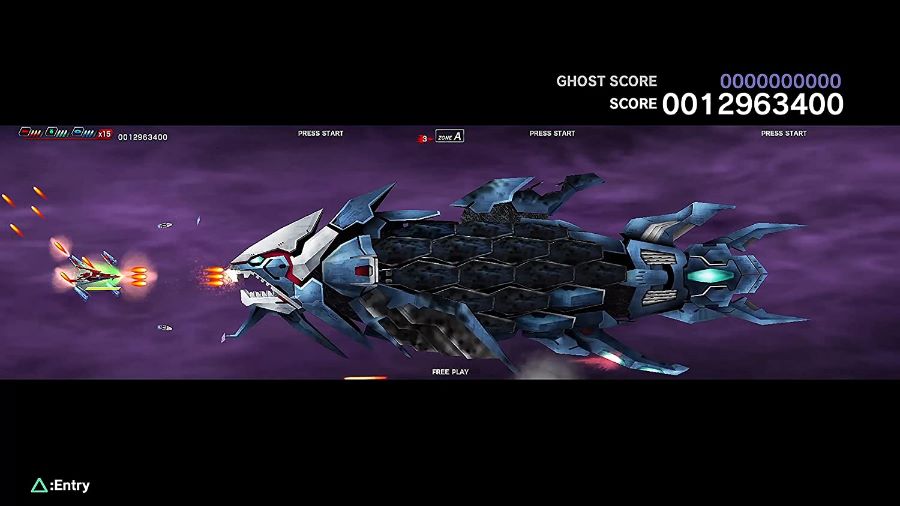 You can play DariusBurst Another Chronicle EX+ in one of four different modes. There’s Original Mode, which allows you to take on one of three difficulty settings as you try to reach the final zone in one go, knowing that the lower paths are of a higher difficulty. Chronicle Mode offers a wide variety of missions and objectives in which you must explore a star system and then select the area you want to liberate. Original EX Mode remixes things, requiring you to use all of your skills to survive until the end. And then, there’s Event Mode, which has missions that were once time-limited in the physical arcade version of the game and are now available as new missions exclusive to this EX+ version… along with some extra missions that only exist in this particular release! 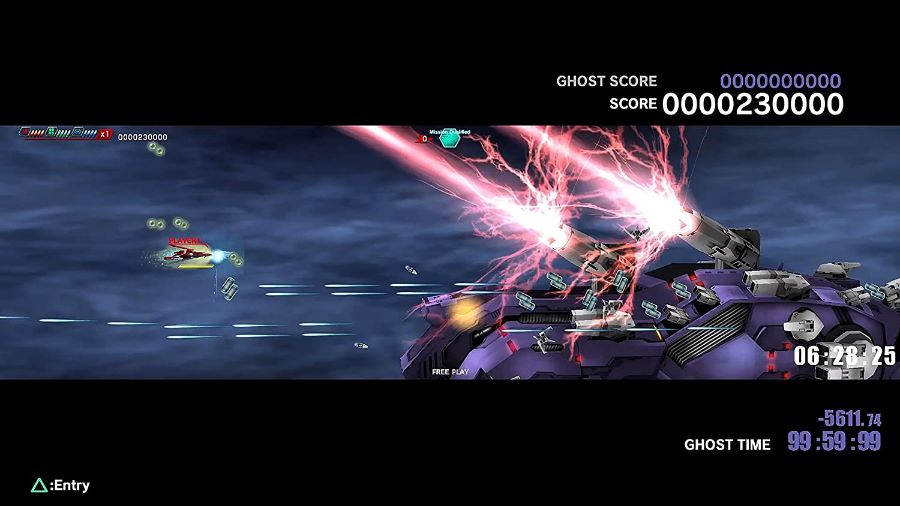 You’ll control your spaceship with the left analog stick or the D-Pad, shooting with the Square button and using your Burst with the X button. The L1 button will activate the F-Burst, and you’ll be able to turn around with the R1 button, an ability you’ll use during some of the harder stages, as well as some of the boss fights. Turning around will allow you to destroy some of the special colored enemies that are carrying power-ups, as well as avoid some of the attacks from bosses who will rush in and try to crush you as they fill up the screen with bullets. 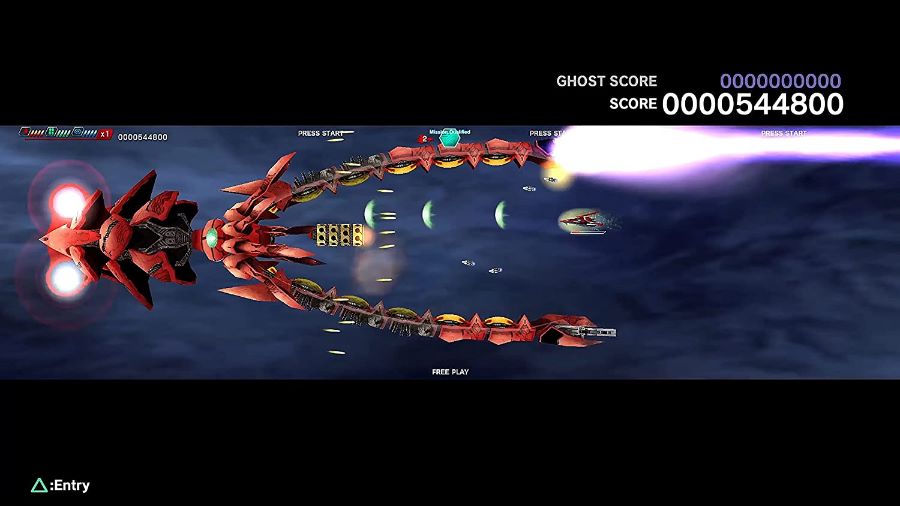 There are many trophies for you to work your way through during your time with DariusBurst Another Chronicle EX+ since there are 43 trophies in total for this one! The list is split into 34 Bronze trophies, 6 Silver trophies, and 3 Gold trophies. The requirements for these include clearing any route in Original Mode without using a continue, clearing any route in EX Mode without continuing, defeating specific bosses in Original Mode and Chronicle Mode, or clearing the different Silverhawk Cups in Event Mode without continuing. And then, things get crazy. You’ll have to beat every boss at least once, which is the easy part, but then you’ll have to clear route CGL in Original Mode without taking a hit. Yes, without taking a single hit. 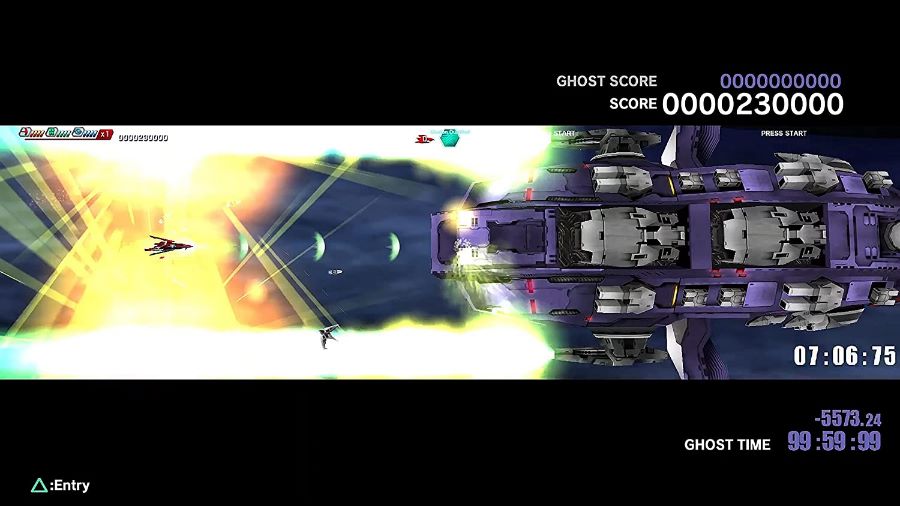 If you’re a fan of the Darius series, then you’re going to greatly enjoy DariusBurst Another Chronicle EX+ on PlayStation 4. It’s the definitive version, offering four different modes to play, a ton of levels to take on, and a good challenge as you try to get as high a score as possible to get your name on the leaderboards. Add an excellent soundtrack, visuals that still hold up, four-player multiplayer, a Platinum trophy, and content exclusive to this version, and you have a game that shoot ‘em up fans need to check out. DariusBurst Another Chronicle EX+ is out on PlayStation 4 with a $39.99 asking price.

Disclaimer
This DariusBurst Another Chronicle EX+ review is based on a PlayStation 4 copy provided by ININ Games.