Witchcrafty from Sometimes You and PigeonDev is ready on the PS Vita. Learn more about this fun and colorful 2D action platformer in our Witchcrafty review!


Witchcrafty from Sometimes You and PigeonDev is ready for you on the PlayStation Vita. Take on a 2D action platformer and wield your magical powers as you defeat the monsters that are popping up all over the place. You’ll play as a young witch who must search for the source of all this trouble as she sets out on a journey where her powers will grow in order to be able to save the day! You’ll explore magical forests, dark caves, icy mountains, and even an abandoned castle as you avoid its many dangers and find the secrets that they hold.


You’ll move with the left analog stick or the D-Pad, jumping and double jumping with the X button and attacking with the Circle button. You can also do a dodge roll with the Triangle button or an air dash after jumping. At first, those are all the skills at your disposal, but as you progress through this charming and fun 2D adventure, you’ll unlock magical spells and other abilities to help you survive the many enemies and hazards on your path. The first magical spell you’ll gain is the fireball, which will allow you to launch a high-speed fireball at enemies by pressing the Square button. Later on, you’ll unlock a fire dash, as well as lighting and ice magic, which you’ll be able to use as long as you have enough mana. 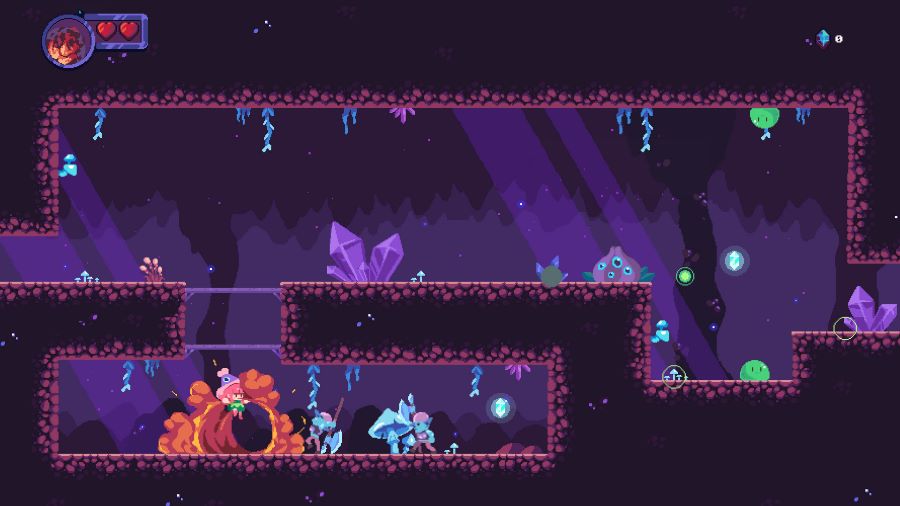 The crystals you collect out in the open, by destroying large crystal deposits or from defeating enemies, can be spent at the Gnome’s shop. He only carries two items, so you’ll need to save up hundreds of crystals to buy both! They’re very important items since once is a health power-up that will increase your total number of hearts once you’ve collected four of them, while the other one is a mana power-up that will boost your total mana bar once you collect three. On top of this, you must at one time have 500 crystals on you, as well as buy both items from the Gnome if you want to have a chance at adding one more Platinum trophy to your collection!


That’s right, this PlayStation Vita indie game has a full trophy list with a Platinum trophy, and as long as you watch out for the handful of missable trophies – for having 500 crystals on you, buying an item from the Gnome, buying both items from the Gnome, opening a treasure chest, increasing your overall health and your overall mana – you’ll have a good time. The other trophies will pop as you unlock your magical powers, complete each of the levels, read a book, beat the final boss, and complete the game, so it will be a straightforward endeavor. Do be aware that there is a bug in the game that will make all crystals and chests disappear if you’re killed between save points, so when you die, be sure to quit to the main menu and then select continue to make them respawn. If you don’t do this and, say, die on a screen where there’s a special chest with a health or mana power-up, you could lock yourself out of the Platinum trophy! 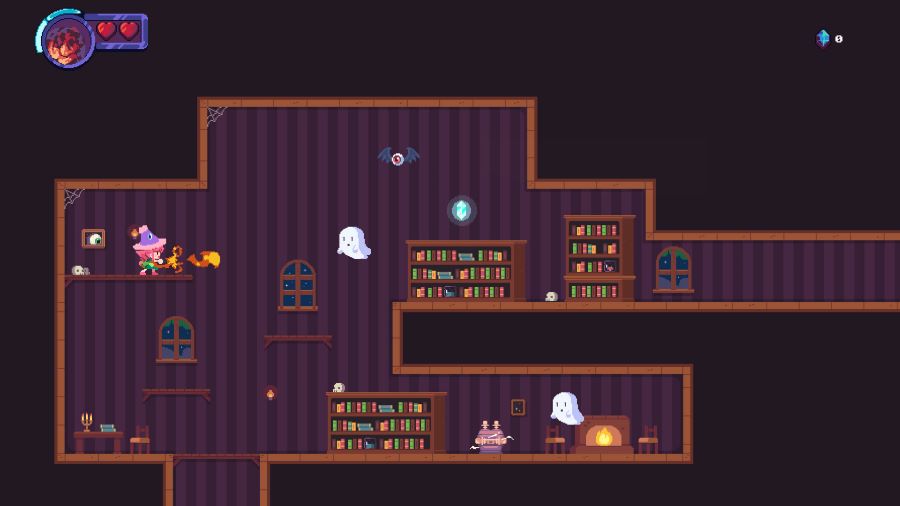 Withcrafty is a fun, bite-sized 2D action platformer that is part of the last round of PlayStation Vita games for Sony’s portable console. It’s one you can complete in a couple of hours or so depending on your skill level, and if you do things right, you’ll have a new Platinum trophy for your collection once you beat the game’s final boss and complete the stage. Witchcrafty is out on PlayStation Vita with a $14.99 asking price.

Disclaimer
This Witchcrafty review is based on a PlayStation Vita copy provided by Sometimes You.