RiMS Racing from RaceWard Studio and Nacon is a fast-paced motorcycle racing game on PlayStation 5. Learn more in our RiMS Racing review!


Growing up, there was a TV show I would watch called “4 Wheels Good, 2 Wheels Better.” As the name implies, it was a TV show centered on motorcycles. They would cover new bikes coming to the market and look at recent races that occurred. One thing that always grabbed me about the show was when the motorcyclists would bank around corners so tightly that their knees would almost touch the ground. I always found this fascinating and wondered how they were able to turn so tightly and not hit the ground.

Fast forward a few years and RIMs Racing from RaceWard Studio and Nacon wants to show me that it is a lot harder than it looks. In summary, RiMs is an excellent game that tries to marry the joys of racing and the minutia of the mechanical side of things. Based on my first two hours playing the game for this review, it starts as an excellent simulator of how to fall off a bike and look like a ragdoll doing so. 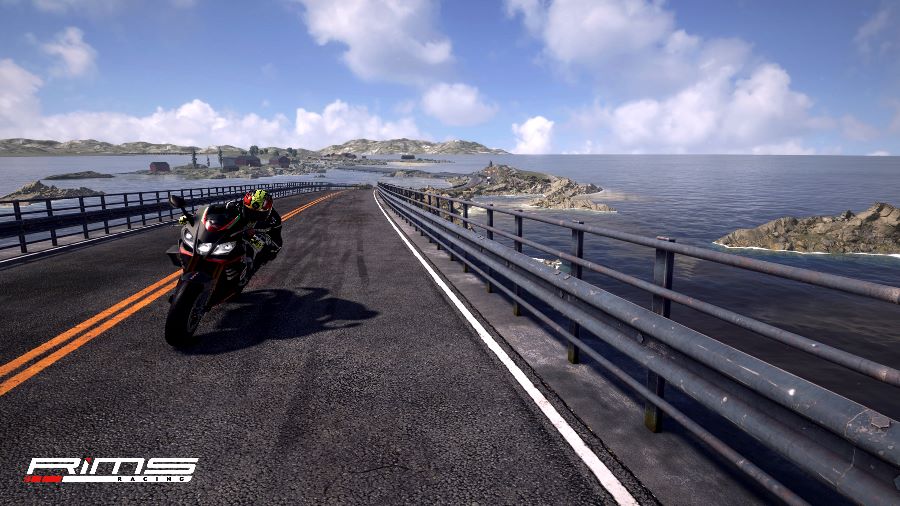 The first thing you are introduced to when playing RiMS Racing is the tutorial that tries to walk you through the basics. While it does what it sets out to do, a part of me feels that maybe a little more depth in the opening tutorial would have been appreciated, especially for newcomers not only to the sport but also to motorcycle racing games in general. Teaching people how to accelerate, brake, and go into the pits does not feel like a comprehensive tutorial for true beginners. Upon finishing the tutorial, you are greeted by the options menu, and the Career Mode is front and center, and rightly so. Career Mode is by far the best aspect of the game, especially if you are a big fan of the bike racing scene. It feels as though this game was made for those who are already knee-deep into the sport with the geek factor is turned up to 11.


There are the typical races and events you can attend. Should you win, you are awarded credits to buy replacements parts to upgrade or replace the bits that degrade over races or that break if you crash one too many times. This is where the geekiness of the game comes in. When replacing parts of your bike, you need to use button promotes to simulate unscrewing the old parts and installing the new parts, which feels more gimmicky than necessary with so many parts to the bike and with many of them needing attention over time. Uninstalling parts can become a little tedious over time. 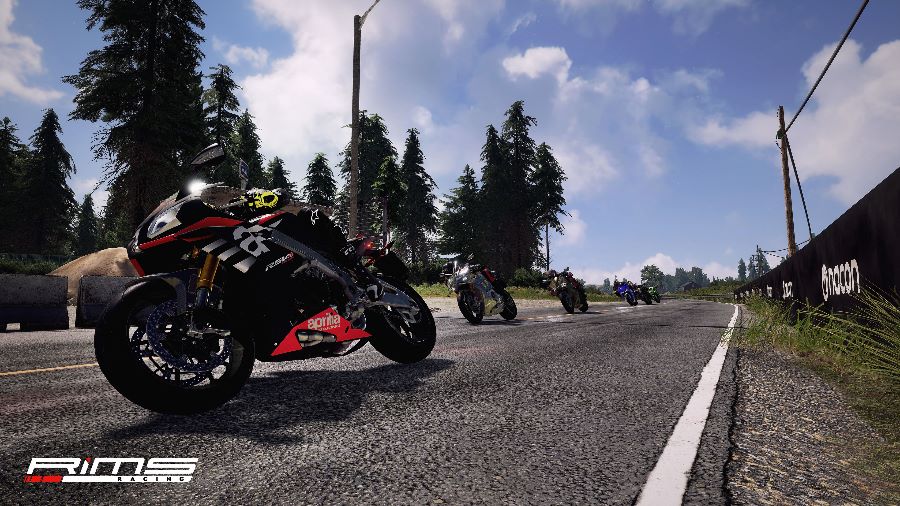 With that said, the level of detail in the game is impressive. With eight licensed motorbikes and a plethora of different parts to tinker, remove, improve, and fiddle with, RaceWard has definitely taken the time to make this aspect of the game feel as involved as possible, and bizarrely, this is not to the detriment of the other aspects of the game. First and foremost, RiMS is a racing sim and one that is crafted well at that. The racing feels solid, and, as mentioned before, the cornering feels involved, with each attempt needing to be handled with respect. Should you fail to attempt any maneuver, be prepared to eat asphalt, since even on the easiest settings, the game can sometimes feel unforgiving, especially as you realize that there are no options to remove the penalties for going off the track, assists for staying on your bike, or general support for new gamers. 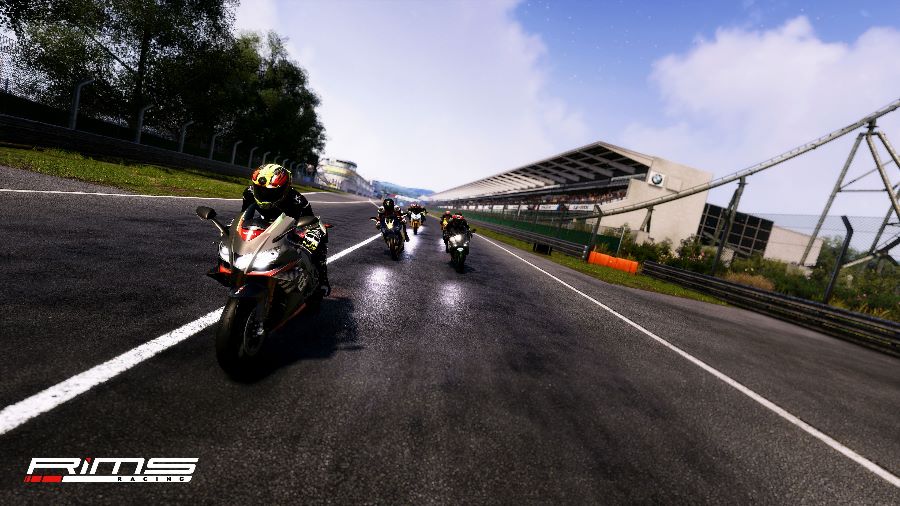 Whilst I feel there are some parts that the game lacks when it comes to being welcoming newcomers, it is clear that the team has tried their hardest to make the game as accessible as possible whilst optimizing their contributions as possible. Though the game offers you a comprehensive control scheme on the DualSense, the game does offer a completely open button mapping option if you somehow find the default settings to not be to your liking. While I took full advantage of this option, I ended moving back to the default control settings as it felt more intuitive over time. This is more evidence that the developer did not make any of their decisions lightly when putting together this experience. The controls are further enhanced when you notice just how much RaceWard took advantage of the DualSense and its rumble and adaptive triggers, especially when it comes to braking. If you are used to being aggressive with the brakes or disrespecting them in any way, then be prepared for them to fight back and upend you. 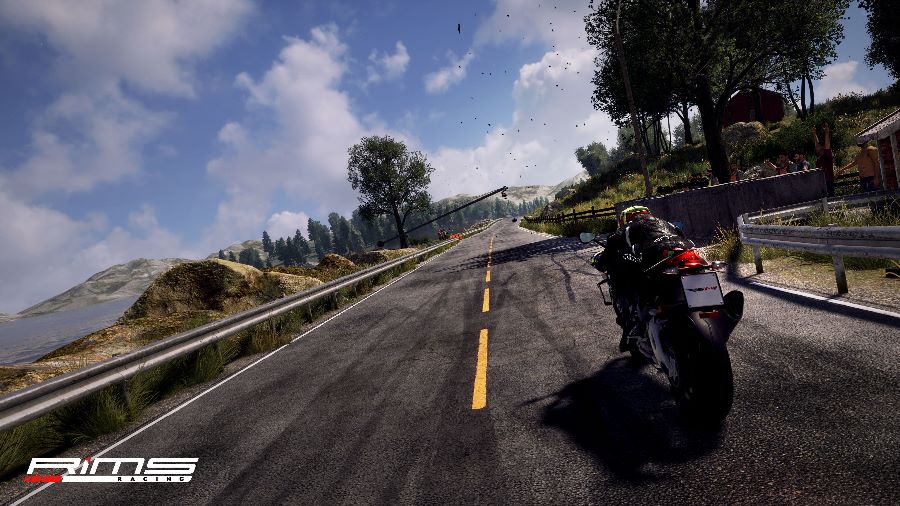 The controls are not the only place RiMS excels, since the visuals, whilst not stunning by PlayStation 5 standards, can be seen as a solid effort to keep a good overall performance on the console. As for the soundtrack, The Bloody Beetroots has put together a pumping selection of house music to complement the action.
The racing tracks are beautifully rendered, and the audio and feel of each machine are crafted so well that you will be forgiven for turning off the soundtrack to feel closer to the roar and motions of the engine.


All in all, RiMS Racing is a testament to the genre and to the sport, and I hope this is just the start of more excellence to come. Sadly its nichness might be to its own detriment since the online part of the game does not currently have enough gamers. It’s hard to get a match in the lobbies, but this is something that will hopefully change as more gamers find it. RiMS Racing boasts a solid list of challenges and events, and the single-player and offline races are action-packed. If you have an interest in motorcycles and enjoy racing games, then you owe it to yourself to play RiMS Racing. The game is a joy and a testament to the work of RaceWard and Nacon, which will hopefully continue for many years.

Disclaimer
This RiMS Racing review is based on a PlayStation 5 copy provided by Nacon.

Hindsight 20/20 – Wrath of the Raakshasa Out Next Week