Discover the expanded Ghost of Tsushima experience in this Director’s Cut, featuring all additional content released to date.

– Uncover the hidden wonders of Tsushima in this open-world action-adventure.
– Forge a new path and wage an unconventional war for the freedom of Tsushima.
– Challenge opponents with your katana, master the bow to eliminate distant threats, and develop stealth tactics to ambush enemies.
– Explore a new story on Iki Island. 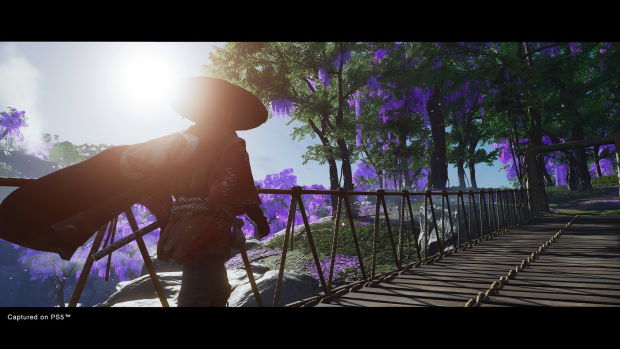 In Ghost of Tsushima, the story is set in the late 13th century, as the Mongol empire is ravaging the land of the peaceful Tsushima Island – among other nations – aiming to eventually conquer mainland Japan. General Khotun Khan quickly took control of Tsushima Island and destroyed entire villages on his path. You, as Jin Sakai, were left for dead on the beach. Luckily, you have been nursed back to life a benevolent friend – who will eventually require your help to save her brother.

You’ll wander through the expansive Island of Tsushima, which is divided into three regions: Izuhara, Toyotama, and Kamiagata, something that reminded me of how InFamous also had a city divided into three large areas. As you free up zones and look at the in-game map, you can appreciate how huge the world really is. Speaking of which, Twinfinite measured the game’s size at 11.02 square miles (28.54 square km) and that doesn’t include the new content added in the DIRECTOR’S CUT. In this new version of Ghost of Tsushima, the neighboring Island of Iki will be a new locati0on for you to visit, and it will cover a new chapter in Jin’s journey. You’ll have a whole new island to explore, new enemies to fight, and stories pertaining to Jin’s past.


The combat is very dynamic thanks to its use of a real-time battle system for this open-world game. You’ll have quick and strong attacks, will be able to defend from attacks, parry, and also staggering – which happens when you attack an enemy in quick succession. Defeating enemies also fills your Resolve gauge, which is used for healing and for using some skills. Speaking of skills, I liked how the game progressively opens up with new skills, and I was pleasantly impressed by the amount skills and perks that can be unlocked! I loved how most of the island can be visited as you get control of your horse – excluding some sections for story progression purposes. But, for the most part, you’re totally free to do what you want with your time. You can go directly for the main quest or end up being distracted by the many points of interest on the map – with most of them leading to helping the local residents against the Mongol invaders. Progressing in the main story and liberating zones from the Mongolian occupations will award you with technique points that are used to improve your character technique and skills, plus secure the island from the Mongolian army.

Visually, this is a very good-looking game on PlayStation 5, up there with the recent Ratchet and Clank. The graphics are gorgeous, and the environments are highly detailed. In the cut-scenes, I was really impressed by the facial expressions, and the expressive eyes of the different characters look pretty realistic. The attention to detail is amazing. The world reacts to your presence, the wind moves the tree leaves, your character armor also changes depending on your equipment. In the options, you can select if you prefer to have a better screen resolution or a better framerate, which is a feature I enjoyed setting to the highest framerate. There is also absolutely no loading, even when fast traveling to another zone, which is always a big plus. The vibration feature from the DualSense is pretty realistic and very well implemented.


On the trophies side, the list is a long one, with 59 Bronze trophies, 13 Silver trophies, four Gold trophies, and then your new Platinum trophy. The DIRECTOR’S CUT includes all DLC for the game in one go, with each one adding some of the extra trophies you’ll see in this list. 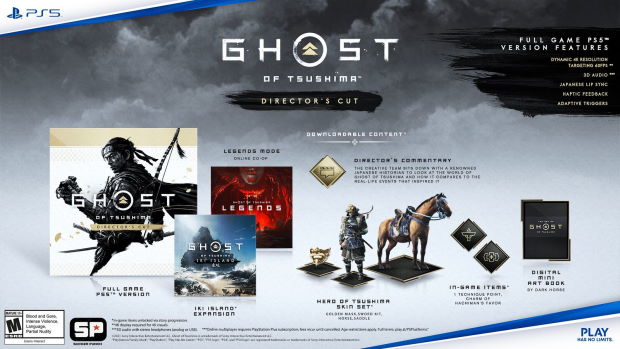 Ghost of Tsushima DIRECTOR’S CUT is an amazing release for anyone looking for a great storyline set in an expansive world. I loved the character progression, exploring the countryside, and solving the issues of the residents of the island of Tsushima. As for the game’s purchase options, if you own the original PS4 game, then you can upgrade to the PS4’s Director’s Cut for $20 or to the PlayStation 4 version for $30. If you feel like it, you could also purchase the PlayStation 4 version of the Director’s Cut, and then the PS5 upgrade will only cost you $10. 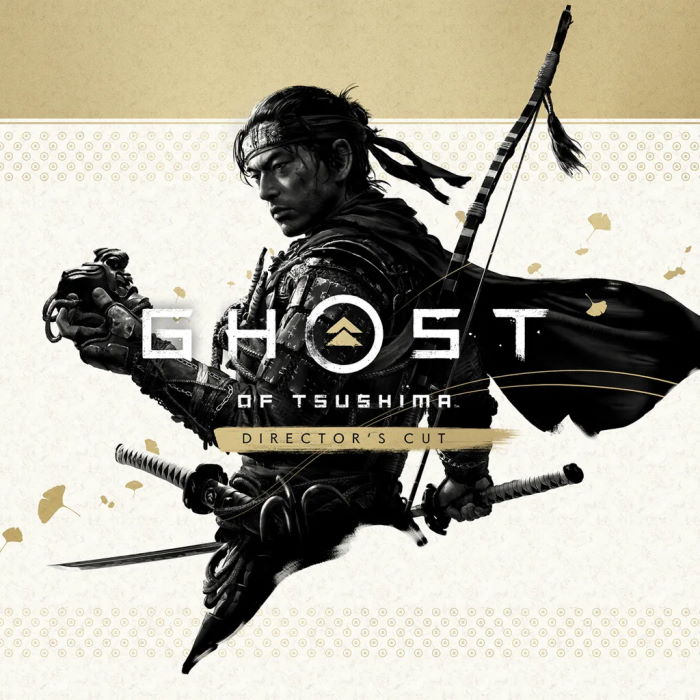 An amazing game with even more content on PlayStation 5

Disclaimer
This Ghost of Tsushima DIRECTOR’S CUT review is based on a PlayStation 5 copy provided by Sony Interactive Entertainment.