Castle of Pixel Skulls is a platformer that brings back the flavor of the classic founders of the genre. Help our Skulldude escape from the Castle of the Pixel Skulls through a number of levels in which you will have to deal with all kinds of traps, tenacious enemies and multiple secrets.

In Castle of Pixel Skulls, you are taking control of a nameless skeleton in a nameless castle, and you must go through the dungeon for mostly unknown reasons. There isn’t one bit of story in this game, so this really feels like a retro arcade-style experience. 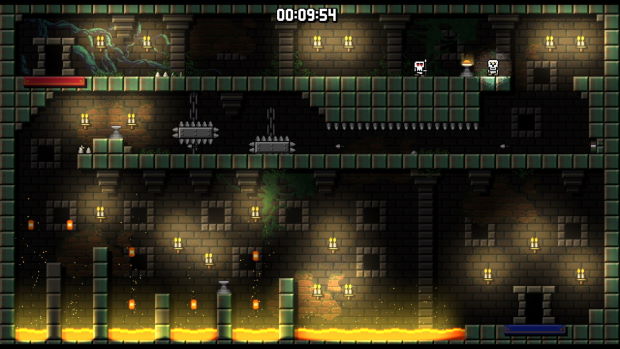 As for the gameplay, each level fits on a single screen, and you must go through each one of them as you try to avoid the hazards and enemies within. The levels are well designed, and I liked the glowing light effects that were added to give it a more modern look. The levels’ difficulty is progressive, and it does ramp up quickly after the first set of levels. You can expect to find static and moving spikes, undead enemies, lava pits, fireballs, and my personal worst enemy: disappearing platforms. Luckily, there are checkpoints in these levels, so even if you get hit by something – which is bad since this one has one hit kills – you won’t lose much progress. The gameplay does become repetitive after a while since you’ll meet the same enemies and hazard through the remainder of the game. 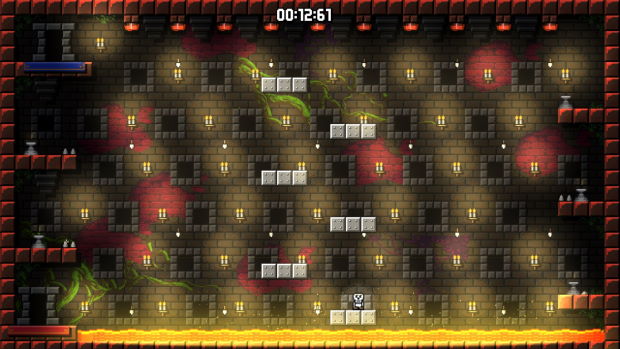 The presentation is of the retro pixel type but with modern features such as lighting effects. The main menus are built with the font of the original NES, but a different one is shown after the menu, which felt slightly odd. The background music was good and felt very Halloween-themed.

Castle of Pixel Skulls can add a very easy Platinum trophy to your list. It requires you to jump a few times, which will definitively happen early on, then finish up to level 20. The trophy list is composed of one Silver, eleven Gold, and then the Platinum will be yours. Depending on your platforming skills, you can have this new Platinum in your collection in around half an hour. 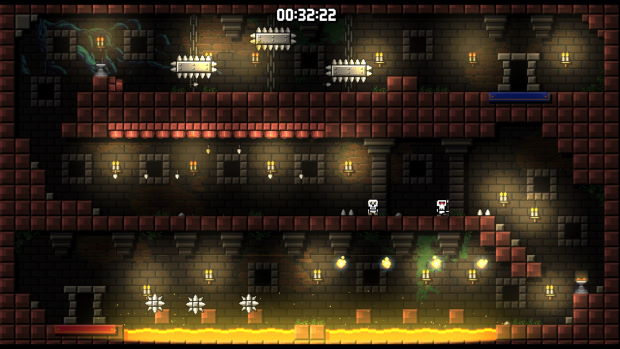 There isn’t much else to say about Castle of Pixel Skulls. It is a 2D platformer that can end up feeling repetitive, and trophy hunters can have a new Platinum trophy in around half an hour. The presentation and level design were good but not exceptional, and while the difficulty ramps up quickly, it remains manageable. This game is easy to recommend to trophy hunters or players looking for a Halloween-themed release.

Disclaimer
This Castle of Pixel Skulls review is based on a PlayStation 5 copy provided by 2Awesome Partners.

The Magister Out Next Month