Button City from Subliminal Gaming and WINGS Interactive follows the story of Fenell – a fox – a new resident in the city as he makes new friends. Check our Button City review!


Fennel is a shy little fox who just moved into town. After discovering the local arcade, he makes new friends and gets swept up in a whirlwind adventure to save it from being shut down at the paws of greedy fat cat Peppermint Pepperbottom!

In Button City from Subliminal Gaming and WINGS Interactive, you meet a young fox named Fennel which will be the main character of this story. He’s a teenager, and he’d rather spend his summer playing video games instead of playing outside. His mom asks him to go buy lunch for her, and as he’s taking care of this task, he discovers there’s an arcade in Button City and loses track of time. Button City is a story-driven release, and you’ll follow Fennel and the close friends he makes as they create the Fluff Squad, their arcade team name.

You’ll see the relationships in the Fluff Squad as their team spirit grows and their relationships with the other rival local teams. The game will then have you try to save the arcade as a cat will try to transform it into a store. The game is well written, and there are a few moments that made me laugh, like when Fennel accidentally screams at the other team while the arcade owner is there, then the entire crew gets scolded by him. 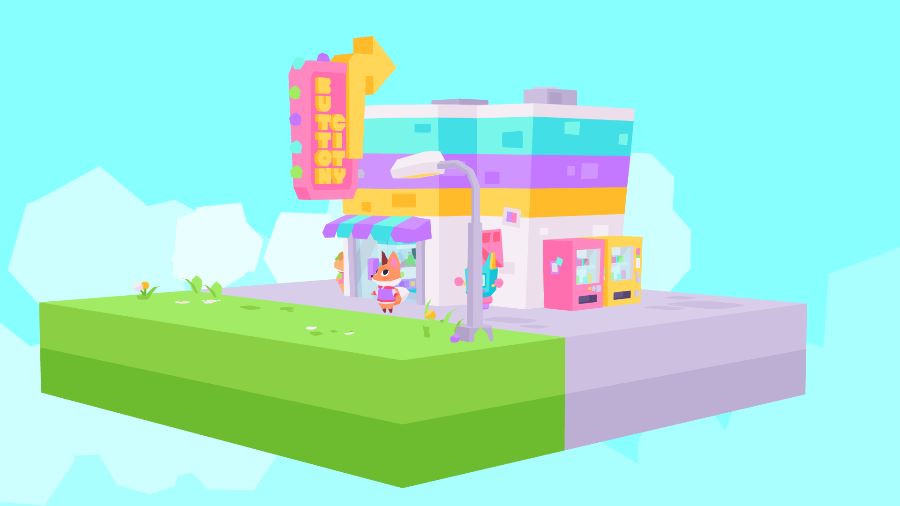 As for the gameplay, you’ll be either moving through the different locations and helping the population with fetch quests that, unfortunately, don’t tell you the location of the character you’re searching for, and their name isn’t displayed as you get close to them, so you’ll have to personally get to know each one of them over the course of the game. There are many other side-quests, like one where you’re collecting trash in the world. The main game is also composed of quests where you have to help characters achieving their goals.


Once you’re not doing side-quests in the world, you’ll be in the arcade playing one of the different available games. The most important one is the Gogabots which asks two teams to capture berries from trees, then put them into the central mixer. Berries can be stolen from the enemy team, and the team with the most points at the end wins the game. It is simplistic, but I did like this game mini-game. 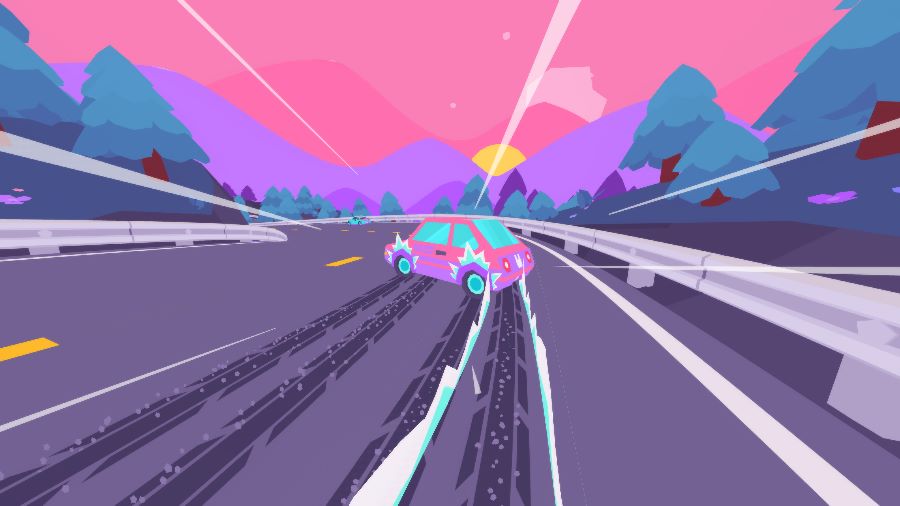 The second arcade game is Prisma Beats, which is basically a Dance Dance Revolution clone. This means you must press the corresponding button as markers move on the screen to score points. I thought that this game was surprisingly hard, and I needed a few tries to win it once. The third arcade game is rEVolution Racer, a basic racing game that does not stand out.

The level design was refreshing, since instead of navigating on an open-world city, this time around, there’s no map nor world. Each location is a small independent square, and you can move from location to location by the simple pressing of Circle to call your Zoomie to warp to the next area.


With that being said, there were a few elements that prevented this game from reaching new heights. The camera is very weird and even felt nauseating at times at its default setting, which overcompensates every time you move in buildings or around them. The good news is that this can be turned off if you want to keep manual control over the camera. Interacting with objects or people also requires you to be in a very tight and precise spot, or otherwise, the interaction won’t happen. 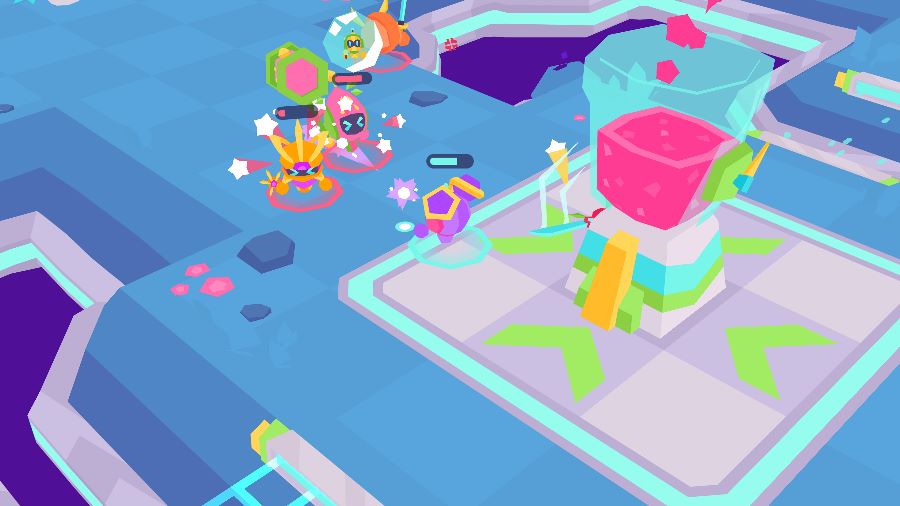 My other major complaint about Button City is how slow everything is. Fennel walks painfully slowly. If he’s close to someone he can interact with, but not at the right spot, he’ll slowly move to be in front of the other character, and the camera will then slowly move to the side to start the interaction between the two characters. Sure, each location is small, but the game could definitely be sped up a bit to improve things.


As for the presentation, the game is colorful with a charming low polygon style which is nice to the eyes. My kids were glued to the screen as I was playing. The characters also show emotions. I thought that while some songs in the soundtrack were great – as is the case for the opening theme – some of the songs felt a bit average and didn’t manage to stand out, and even felt annoying when they were played over and over in short loops. 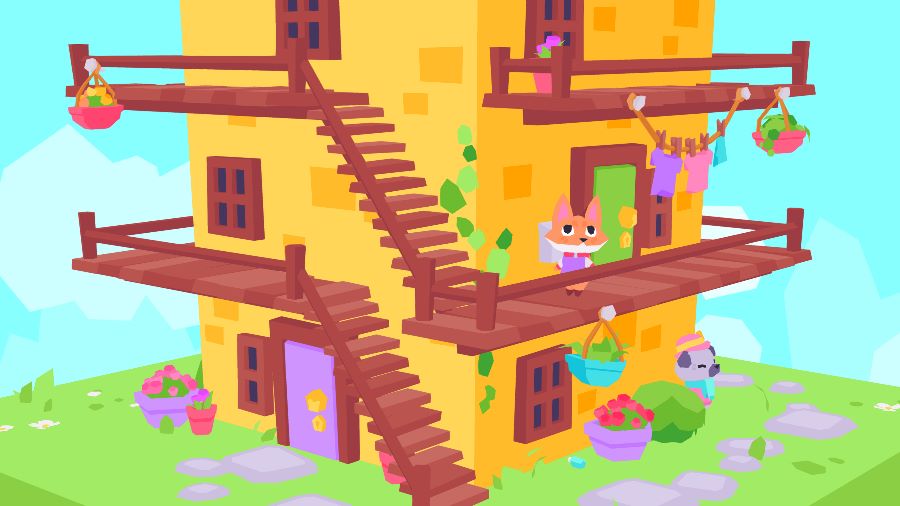 On the trophies side, the list is quite short, with four Bronze trophies, three Silver trophies, nine Gold trophies, and a Platinum. The requirements for some of them are a bit on the grindy side since you’ll be required to purchase and collect every object in the game. You’ll have to collect all room decorations, all Gobabots, all wearables, and all consumables, watch all TV shows, S rank all Prisma Beats songs in hard, and more. Do you have what it takes to add a new Platinum to your collection?

Button City is a good and colorful story-driven game. I liked the game but thought that some areas could have been improved, like the overall speed of the game, which is a bit slow for my taste. The mini-games in the arcade were also a nice change of pace from the main experience, but they can feel repetitive as you grind some trophies. Button City is out on PlayStation 5 with a $19.99 asking price.

Disclaimer
This Button City review is based on a PlayStation 5 copy provided by Subliminal Gaming.