Turn-based strategy RPG sequel King’s Bounty II from 1C Entertainment and Prime Matter is ready for you on PS4. It’s the sequel to King’s Bounty, which was designed by Jon Van Caneghem and released way back in 1990 – yes, it’s been a while! You’ll be exploring a world that has been heavily inspired by epic fantasies such as The NeverEnding Story, The Lord of the Rings, Game of Thrones, and, of course, The Witcher. It also takes inspiration from series such as Heroes of Might and Magic for its combat, along with the original King’s Bounty. 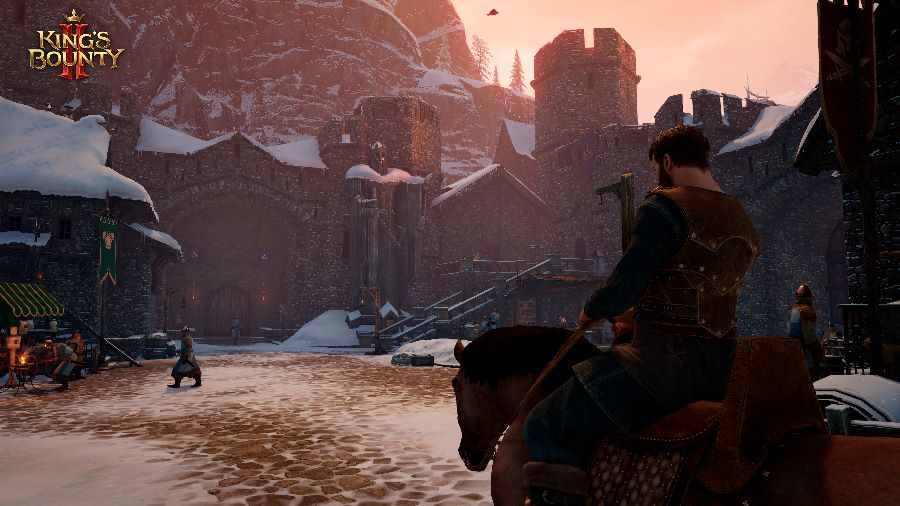 The game offers a mix of open world exploration from a third-person perspective as well as turn-based strategy RPG battles that will test your abilities. You should explore each area you reach so that you can find as much loot as possible. Every gold piece will be put to good use, and you can also find valuable items that will aid you on your journey. Any glowing boxes or barrels are there to let you know you can find something useful inside. You could locate extra gold, items that can be sold, scrolls, and more!

You’ll be able to take on this adventure with one of three heroes. You have Aivar, a warrior who is the descendant of an impoverished novel family. He used to be a knight for the Royal Guard, but he refused to support the coup that led to the ascension of King Claudius, which lead to him being banished from the Royal Guard. He got an invitation from Prince Adrian to join him to gain a pardon for his past offense so that he could rejoin the Royal Guard. As you’ve probably guessed by now, things are not what they seem… At least it’s better than staying in prison, where he has water and bread for breakfast, bread soup with water for lunch, and corned beef and water for dinner. Oh, and if it’s a weekend or a holiday, he might get some raisins if they’re available! As a mercenary, Aivar has access to powerful skills that can aid him in leading his units into battle. He won’t have access to magic, but he’ll make up for this by boosting the XP units gain by 10% and increasing the damage dealt by allied units depending on how many wounded members there are.

Katharine is part of a long line of noble Rigern counts who rule over the mountain region of Nostria. She was traveling for 20 years, exploring random ruins and the remains of the ancient Antis in her search for arcane knowledge and magic. Unfortunately, one day the funds from the taxes collected on her land stopped arriving, thus removing the source of funding for her project. Upon returning home, she learns that her nephew Maurice has taken over her land, which is why she wants to request that the King return her power. Katharine is a mage, which means she can use the power of the elements by learning spells from Air, Fire, Death, and Darkness scrolls, attacking enemy units from a distance as you help your allies. She will also grant her units a 25% chance to remove a random buff from the target enemy while also applying said buff to itself.


And then, there’s Elisa, a peasant from Loria who believes she has a special mission to save Nostria. Loria has been in civil war for more than ten years, and during one particular fight between mercenaries and farmers, Elisa somehow obtained magical abilities! Thanks to these abilities, she was able to push the enemies away from her village and from Southern Loria in general! With the support of her people, she is on her way to the Universal Assembly to gain the favor of the King so that she can bring peace to Nostria. She’s a natural leader with magical skills, which means she can recruit many units under her command but won’t be as strong as Aivar or Katharine. She can learn from Life and Light spells, as well as boost the armor and resistance of all units under her command during the first turn for the battle. 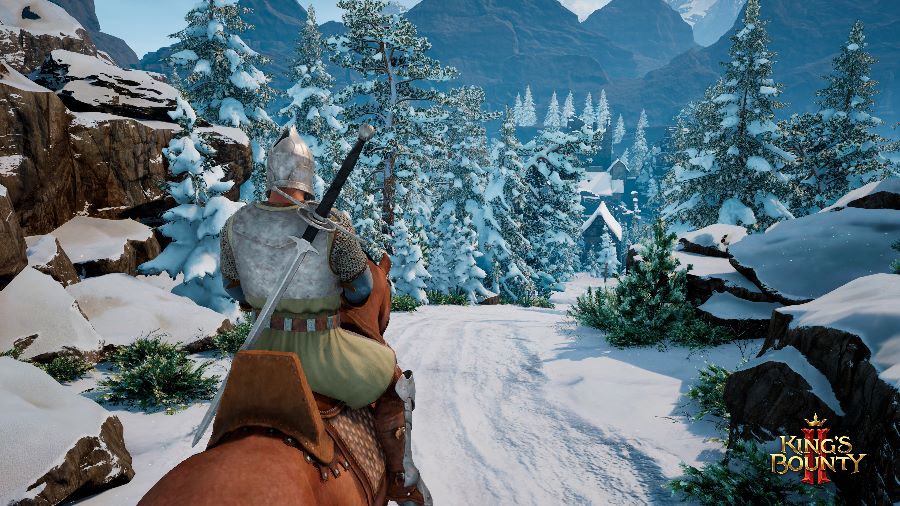 Once you’re in a tactical battle, you’ll use your units to select targets with the left analog stick, confirming your choice with the X button. You can move the camera around as needed with the right analog stick, zooming in and out with the L2 and R2 buttons, respectively. If you want to get more info on a unit, you can hover over it and press the Triangle button. The skills of your units will be mapped to the D-Pad, so you’ll have to press left, up, or right for these skills. Pressing down on the D-Pad will give you access to the Book of Magic, from which you can


Before battle, be sure to pay attention to the preparation screen so that you can review the units you have under your command that will take part in battle, the units you’ll be going up against, their stats, and if there’s a hero with them. While two enemy units might seem the same, be sure to give them a closer look, since you might, say, be up against two packs of wolves, but one will be deadlier than the other, since it will be of a higher rank, thus having more hit points and being able to deal more damage! 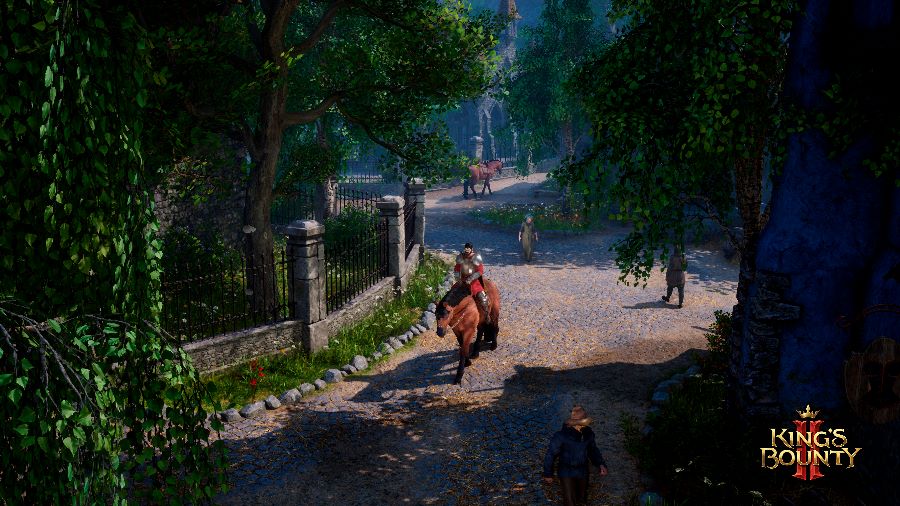 For all units in the game, you should take a closer look at unit size so that you know how many members are in a unit, Morale, which has a direct effect on a unit’s behavior, granting a potential extra turn for units with high Morale, while hindering units with low Morale that might gain a penalty. Leadership will reflect the size of a unit a hero can command, so the sum total of all units cannot exceed a hero’s Leadership. Units will be able to deal melee damage or long-range damage. They might have an armor boost that will lower physical damage received or a resistance boost, which will lower magical damage received.

Units will also have a Critical Hit chance to land a more powerful attack, hit points for Health, Initiative to determine the order in which units will attack, as well as Speed, which dictates how many hexes each unit can travel in a single turn. On top of this, you should check the Passive and Active Skills for each of your units, as well as for the units you’ll be going up against. Knowing that an enemy has passive boosts to its attack depending on how many units of the same type are around it, that it can deal more damage with its first strike, and that it can inflict bleeding on your units will be crucial for your odds of surviving the fight.


The gold you obtain can be used at one of three different types of merchants: Recruiters, Armorers, and regular Merchants. Recruiters will allow you to purchase more units for your growing army. Armorers will sell you weapons and armor to boost your defense and attack power. As for Merchants, they will sell scrolls, mage gear, and magical items. Use your gold wisely, because the game has permadeath! That’s right, if any of your units fall in battle, then you better have enough gold to add a new one to your army, or else you’ll have to explore the overworld for a bit and collect enough gold before being able to take on subsequent battles. 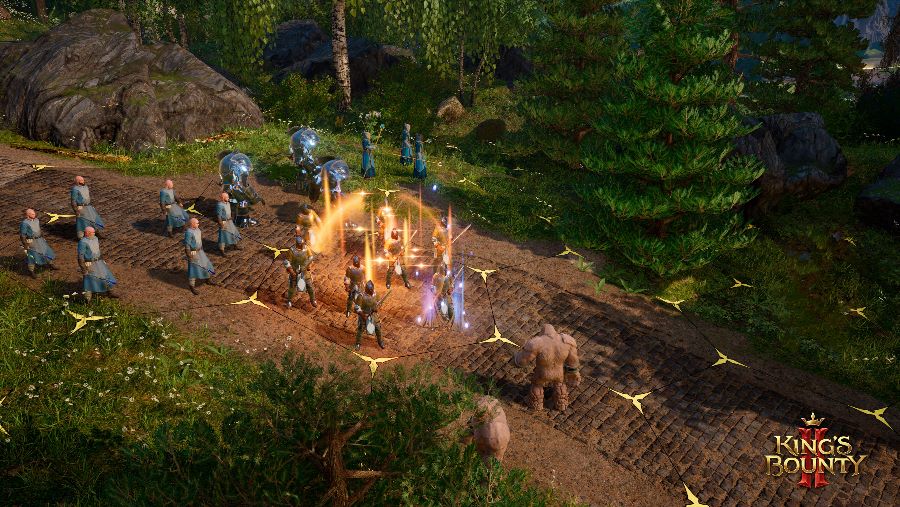 Win a battle, and your units and hero will gain experience points. You’ll also be able to pay to heal any wounded units, which is why it’s important that you keep an eye on each units Health, in case you need to play it safe and keep one of them away from the attack range of melee and long-range units, to keep them from dying. Remember, if a unit dies, it’s gone because of the permadeath, and you might find yourself in a predicament! Because of this, it’s advised that you save often so that you can revert to that safe in case things go wrong and you try to bite more than you can chew.

King’s Bounty has a full list with a Platinum trophy, but it’s not going to be a short journey! While there are several trophies that will pop as you progress through the game’s story, many will require that you complete specific objectives that will take a while. These include mastering all spells from the schools of Life, Light, Death, Darkness, Air, Fire, Earth, and Ice, that you collect all paintings in the game, have at least 300,000 gold, that you side with different factions during specific moments in the game, and that you beat the game as each of the three heroes, which means that you’ll have to do at least three runs in total. 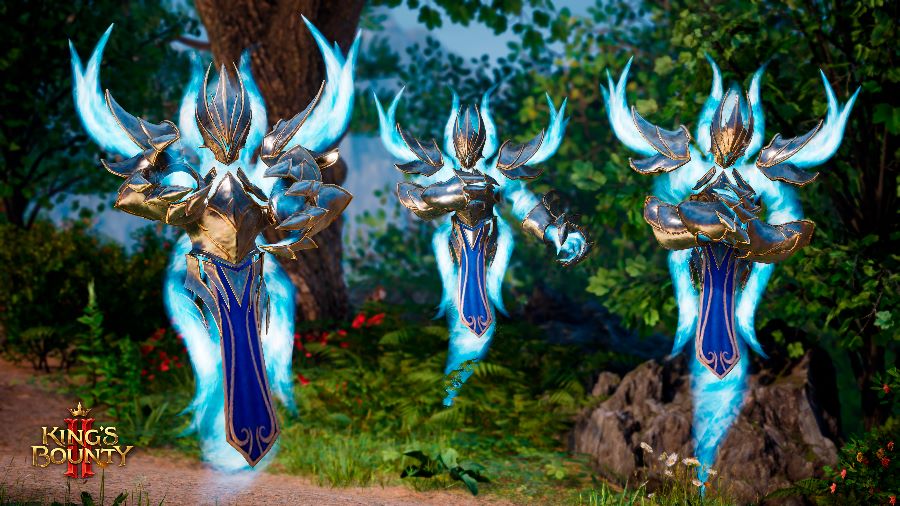 King’s Bounty II is not going to be for everyone. It offers an open world to explore with a ton of quests to complete, as well as challenging turn-based battles where any mistake you make will cost you dearly. Add permadeath for any unit that falls in battle, and you have a gameplay loop that exists for a very specific group of gamers. If all of these elements sound like a good option, then you can get King’s Bounty II on PS4 for $59.99 digitally or physically.

Disclaimer
This King’s Bounty II review is based on a PlayStation 4 copy provided by Prime Matter.

Weapon Of Choice DX Out Next Week