Ion Driver from Moon Whale Studio and Sony Interactive Entertainment is a fast-paced racing game on PS4. Check out our Ion Driver review!


The F-Zero series was a pioneer of the futuristic style racing genre and a forerunner of the seminal Wipeout series. With both no longer in operation, fans have been waiting patiently for a new F-Zero-style game. After waiting decades for one, it seems the folks at Moon Whale Studio looked at the camera and said: “fine, we’ll do it ourselves.” The question is, “should they have bothered?” 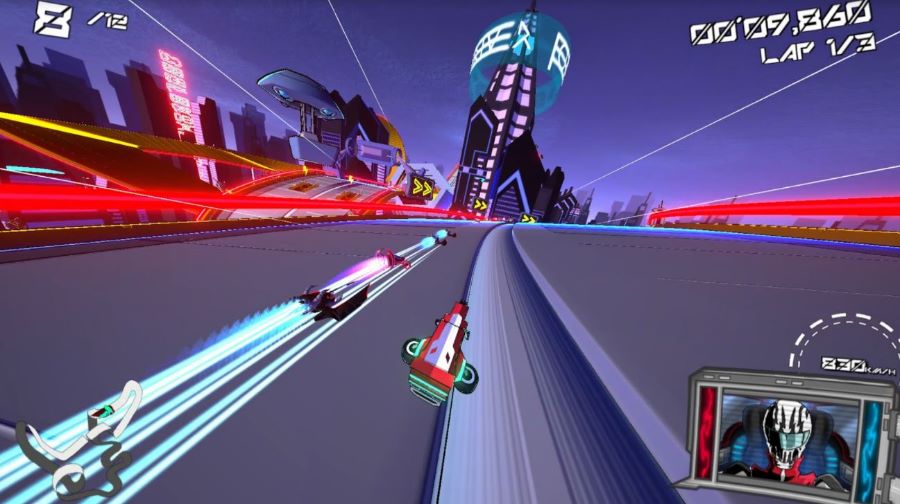 Ion Driver from Moon Whale Studio and Sony Interactive Entertainment is a fast-paced futuristic racing game on PS4 akin to games like F-Zero and Wipeout. It is bright. It is colorful and just as exhilarating as you can expect… when everything is working as it should. Ion Driver feels like a textbook definition of a mixed blessing in that the moment you find something to like about the game, you find one or two things you dislike almost immediately.


+The tracks are beautiful in their appearance and presentation.
-There are only two of them.
+There is an interesting mixture in terms of track layout and design.
-The tracks are a buggy mess where the smallest collision with the sides will instantly kill nearly any hope of winning a race.
+The AI racers offer a stern challenge to you and will make you sweat.
-The AI is too good and nearly unbeatable. Laughably, in the track that the game claims to be the easier on, enemies are untouchable, but in the harder one, enemies are more balanced for some reason. 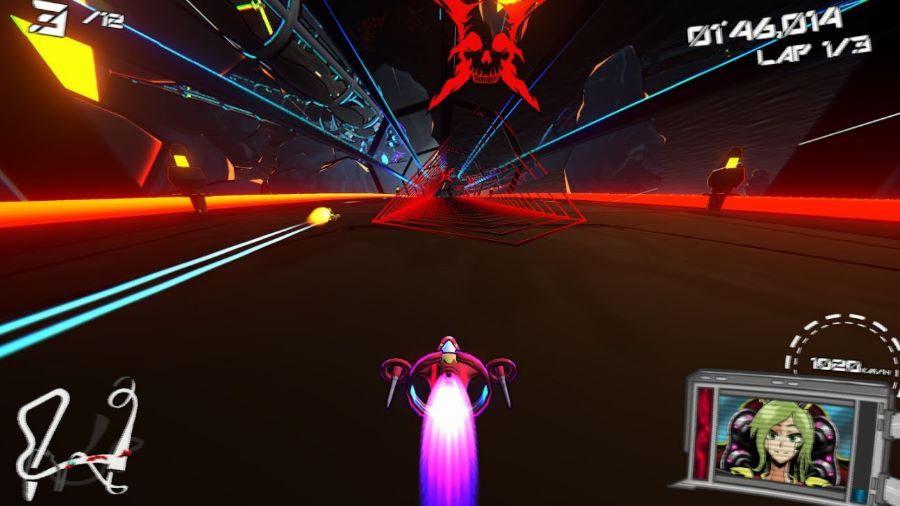 And the list goes on like that. The game is clearly undercooked. Yes, this is a small team getting their feet wet for the first time in a genre that is difficult to work on. It is, however, clearly in need of more preparation time. There is here to build on. The lore of the world does seem to hit the mark. There is a nice mix of interesting characters with great art to accompany them, but there is nothing to distinguish them from each other in terms of gameplay.


Though their ships look different from one to the other, their stats can be tweaked before racing, thereby nullifying any uniqueness that each racer would have offered. Whilst some might welcome the ability to alter the stats of a racer to personalize them more to your liking… good luck actually figuring out what the stats mean. You are given three sliders with two icons on either end and are free to move the sliders as far towards or away from each extreme as you please, but the game never tells you what any of the icons mean or how moving the sliders up or down truly affects you. 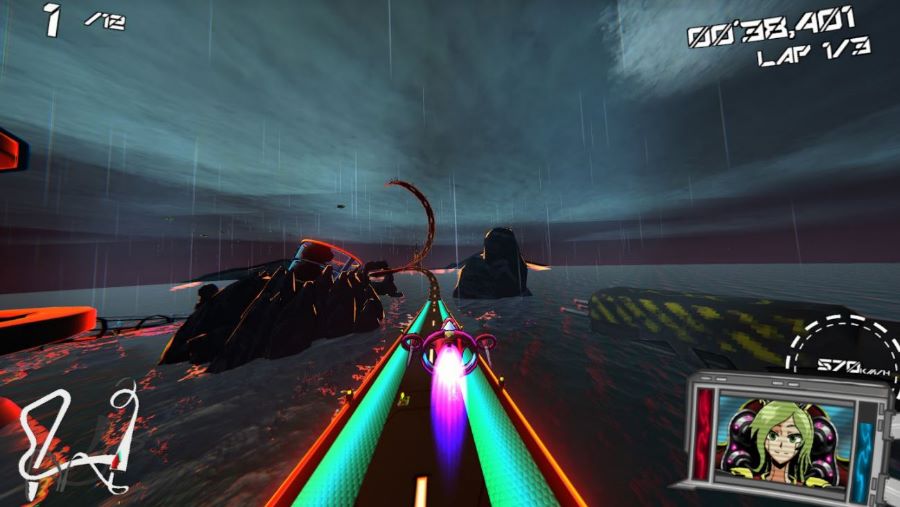 The racing itself is also a mixed bag. Pressing the X to accelerate, you are able to use the L2/R2 buttons to airbrake in the corresponding direction, but under no circumstances will I recommend you do this unless you want to fly head-first into the nearest wall, thereby losing the race. Instead, I recommend using the Circle button to brake since it at least allows you to control your ship. You can press the L1 button to use your magnets which does…. something? I assume it is to allow you to disrupt opponents in some way or another but as mentioned previously, catching them is near impossible, so that button is practically pointless.


With that said, when you finally get your ship to work as it should and finally get some momentum going, the racing is actually nice. The feeling of speed is authentic and exhilarating, especially when your ship gets some air… that is, until you land, and then the game bugs out as your ship tries and fails miserably to remember which way is up and which way is forward. Because of this, 99% of the time, it fails, big time. 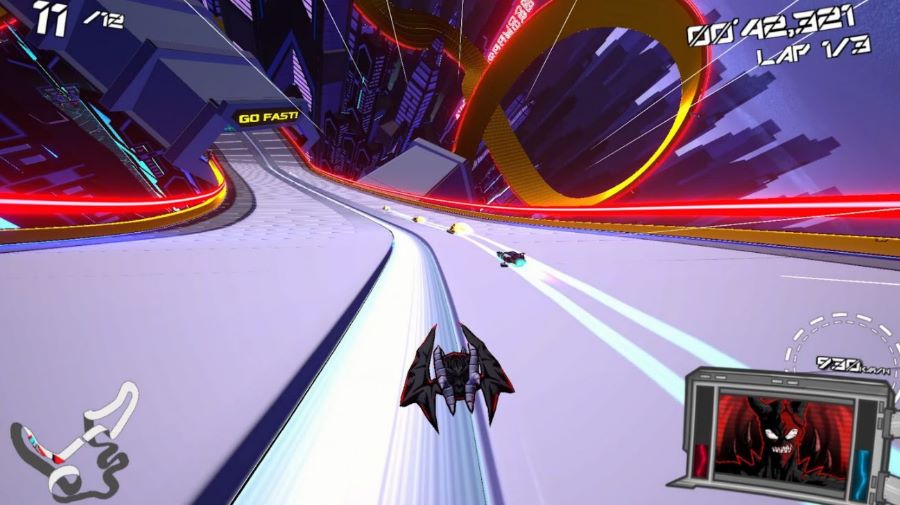 It’s a shame that the final product is so disappointing and broken because work has clearly gone into it. But the barebones and broken nature of what is here is just frustrating. Even the soundtrack and sound design show promise but are marred by, once again, being underdeveloped. The soundtrack is interesting but incredibly loud and can in no way can its volume be lowered, let alone muted. Sadly I can not think of a single part of this game that is not hampered by a negative. Everything here just feels subpar.

If you are looking for a modern-day F-Zero game to satiate your appetite… this is not it. It’s a nice effort from the indie team at Moon Whale Studio, but it lacks some extra polish and more content to earn a recommendation. 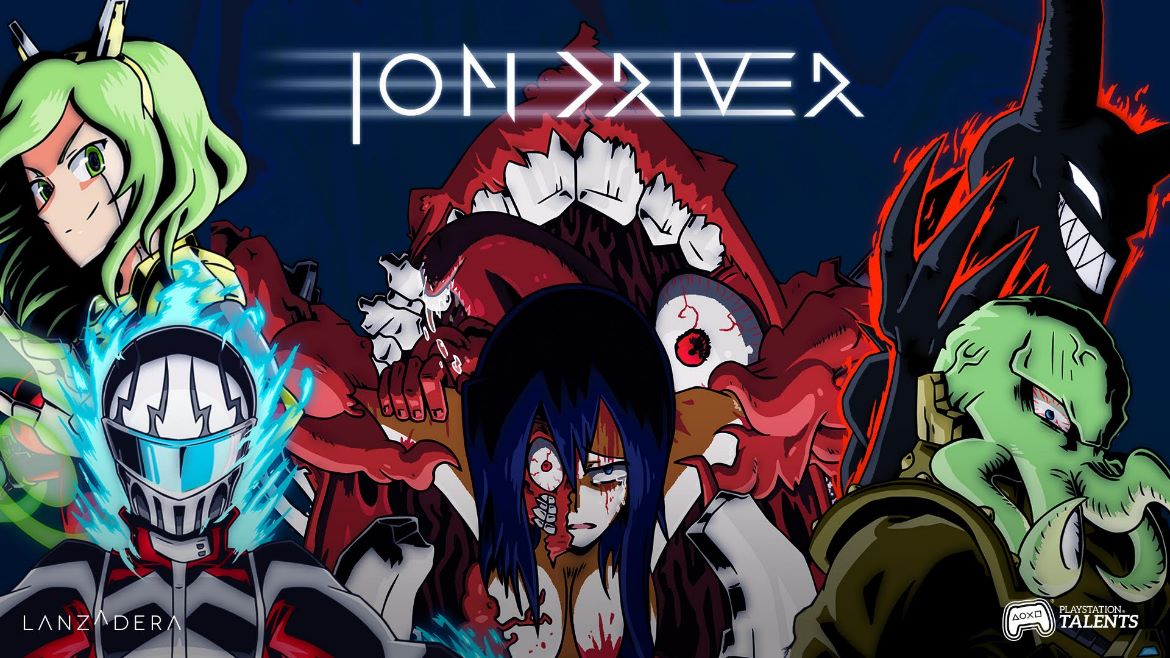 Futuristic racing game that is in need of some extra work

Disclaimer
This Ion Driver review is based on PlayStation 4 copy provided by Sony Interactive Entertainment.