Road 96 from Digixart is a procedurally generated narrative-driven adventure game that is a must-play on Nintendo Switch. Find out why in our Road 96 review!


Road 96 from Digixart is a procedurally generated adventure game that is a must-play on Nintendo Switch. It’s the summer of 1996, and you, like many other teens in the nation, are looking at ways to escape from the totalitarian nation of Petria. Elections are right around the corner, and a ton of teens have suddenly gone missing. Rumor has it that President Tyrak has ordered that all dissident teens are disposed of so that they can’t vote in the upcoming elections for his opponent, Senator Torres. She seems to still be behind in the polls – at least according to the constant updates from Stacy, a reporter from what seems to be the State-sponsored TV station. 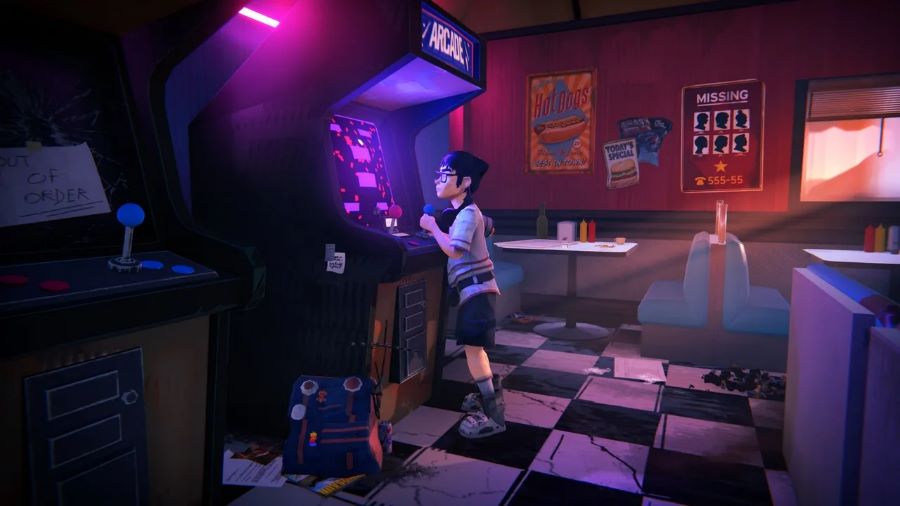 You won’t be able to experience a big chunk of what Road 96 has to offer during your first run since you might end up failing as you learn how the game works. The good news is that you will also get to learn from your mistakes. You’ll also unlock new abilities depending on your interactions with some characters, which will be very handy during subsequent runs. Lockpicking would definitely be useful during some interactions, as would having all dice rolls receive an extra 15% success probability.


During the 3D segments free-roaming segments, you’ll walk with the left analog stick and look around you with the right one, interacting with objects or characters with the A button. For segments during which you’re hitchhiking from here to there, or when spending time with specific characters, you’ll be stationary and look around you as you select from the available conversation options to keep the story moving forward. To get a better look at things, you can zoom in with the ZL button. Sometimes you’ll have to run, for which you’ll have to press the ZR button. 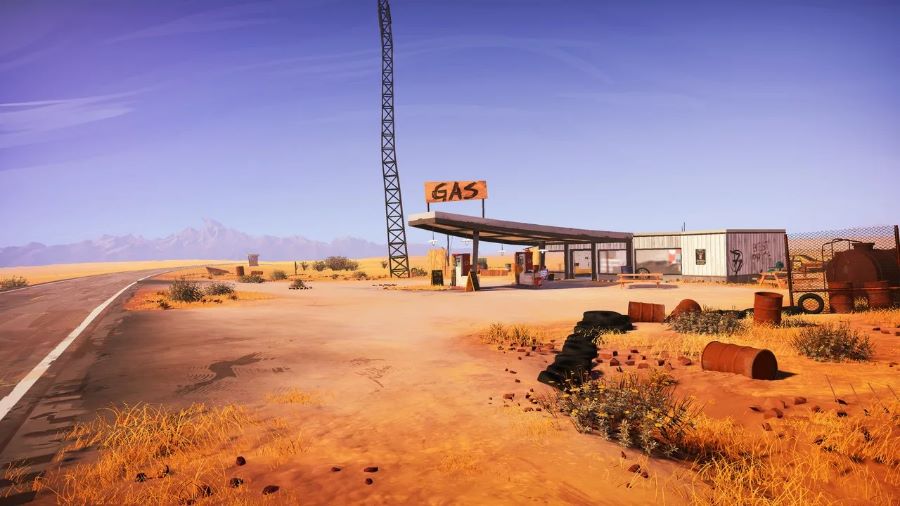 The game’s progress is split into chapters, with an overall story to experience. Each of these will take you around 30-60 minutes or so to complete, making it an easy game to pick up and play in short bursts. Help a teen each the border – or fail – and you’ll then be able to select another teen to give it another go. This new teen might get to interact with some of the main characters as the previous one, which will allow you to learn more about each one of them. Each teen will have different stats for you to use as best as possible, such as extra money or more stamina to survive the harsh wilderness and the long distances to travel, and some might be closer to the border for a shorter but more challenging journey. 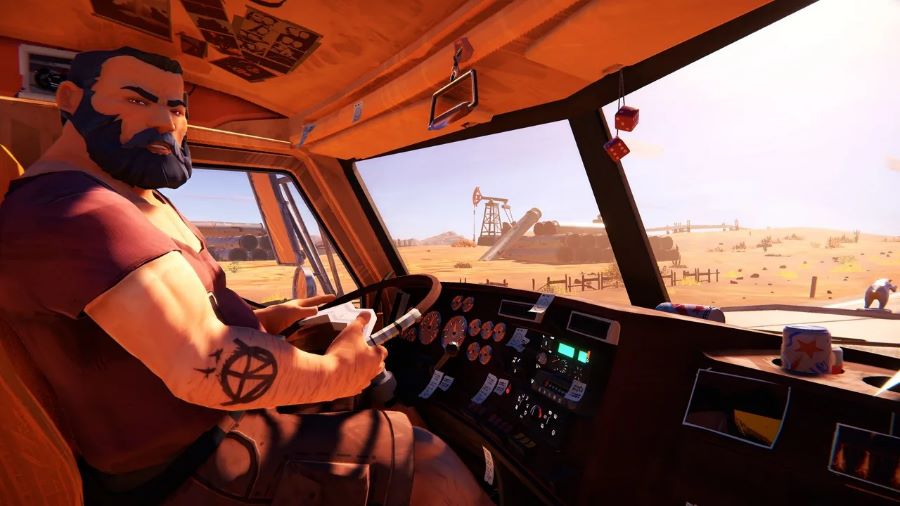 If you manage to find a way to cross the border and escape towards freedom, that doesn’t mean that other teens will be able to use the same option in the near future. The government also learns from its mistakes and adapts accordingly to keep you from exploiting any potential flaw. For example, and as to not spoil things too much, during my first run, I managed to force the door of a trailer, hiding behind some boxes, to then find a door to escape from a sniffing dog that almost found me. 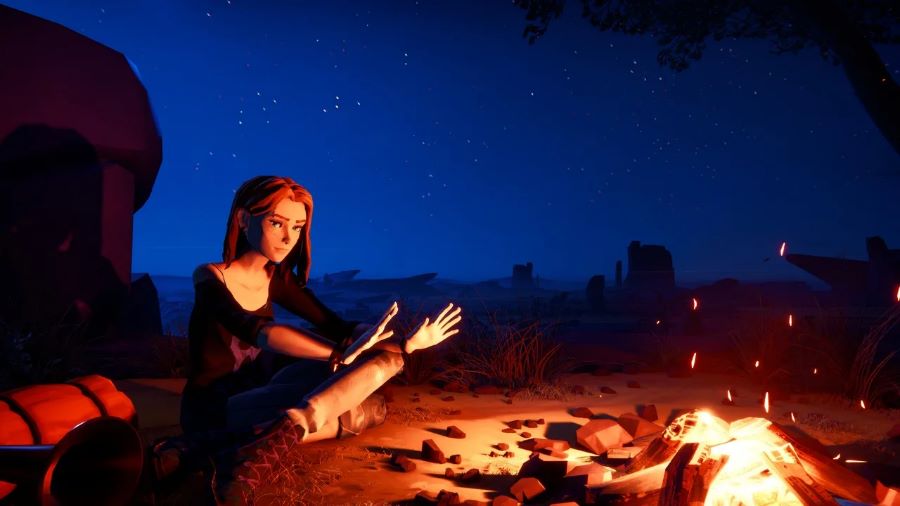 After that, I ended up riding below the trailer, figuring that would be enough to hide me from the guards so that I could finally cross the border. But then, at the next checkpoint, the guard pulled out a breathing detector. This forced me to hold my breath for 20 seconds, losing valuable stamina in the process. Had I not bought an energy bar and a water bottle before this scenario, I would have lost all of my stamina and would have ended up being caught. That teen crossed the border, but the next one now could not use the same process since security had now been bumped up… considerably! 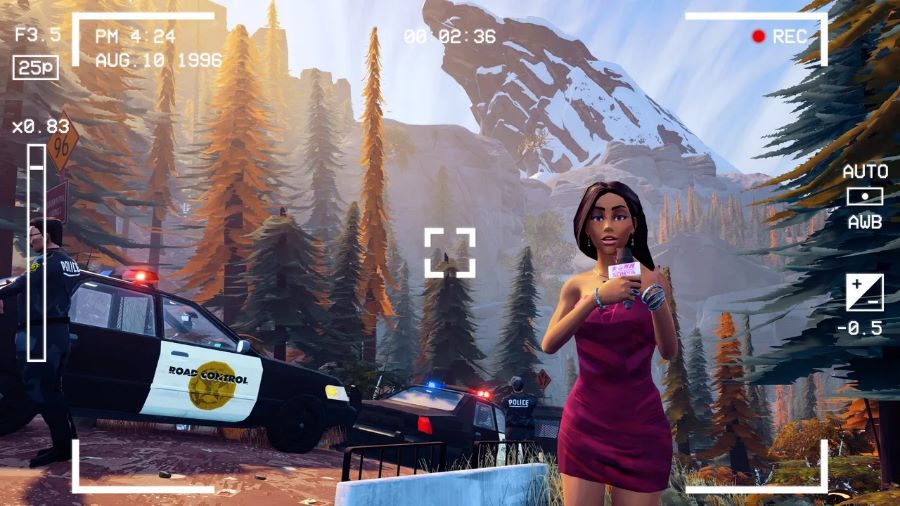 Road 96 is a great adventure game that is a must-play on Nintendo Switch. It features an interesting cast of characters, a very and relatable real scenario in a non-existent country during the summer of 1996, a minimalist art style, and a good voice cast that helps to bring it all to life. There are some moments when the framerate suffers a bit, and it’s easy to see how the individuals that aren’t part of the main cast didn’t get as much love in their design, but that’s as far as one can complain about this adventure. There are more than 30 potential endings from the procedural narrative, so there’s plenty to see in this game. Road 96 is out on Nintendo Switch with a very fitting $19.96 asking price, and it’s one you should definitely add to your collection.

Disclaimer
This Road 96 review is based on a PlayStation 4 copy provided by Digixart.