Out of Line from Nerd Monkeys and Hatinh Interactive is a bite-sized gorgeous hand-drawn 2D puzzle platformer. Learn more in our Out of Line review!


Out of Line from Nerd Monkeys and Hatinh Interactive is a bite-sized gorgeous hand-drawn 2D puzzle platformer on Nintendo Switch. Your journey as San will start as you try to escape from the factory that used to be your home. You will have a spear on your hand that will be used not for fighting but for solving the puzzles you’ll find in this post-apocalyptic world. This world oozes personality, thanks to the hand-drawn nature of the background graphics and the characters and creatures you’ll interact with. 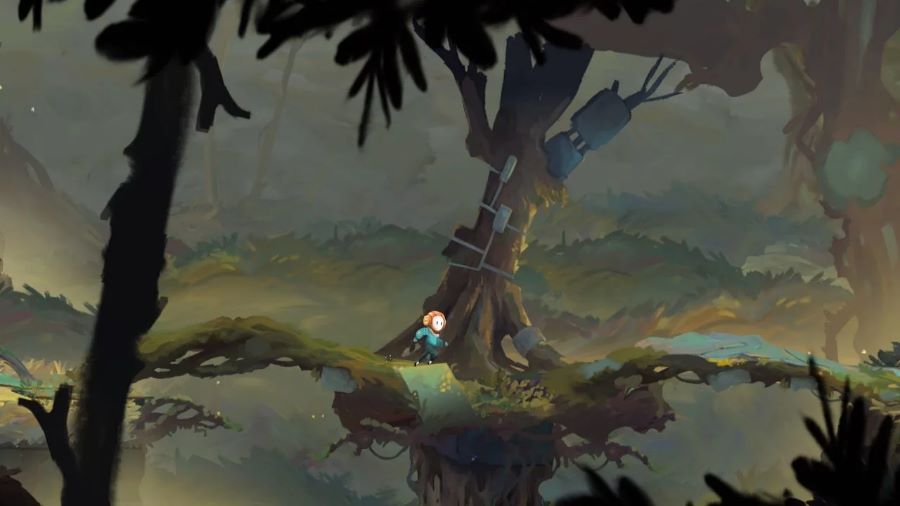 The controls are easy to pick up right away. You’ll move San with the left analog stick or the D-Pad, jump with the A button, and can use your spear by interacting with mechanisms or objects with the Y button. It can also be thrown by pressing or holding down the ZL or ZR buttons and then releasing the button to throw it once you’re done aiming with the right analog stick. At first, you’ll be throwing the spear to create a temporary platform that will allow you to reach higher spots. But since you can press either button again, and the spear will be called back to your hands, later on, you’ll be able to latch the spear onto ropes so that you can throw it and create bridges. 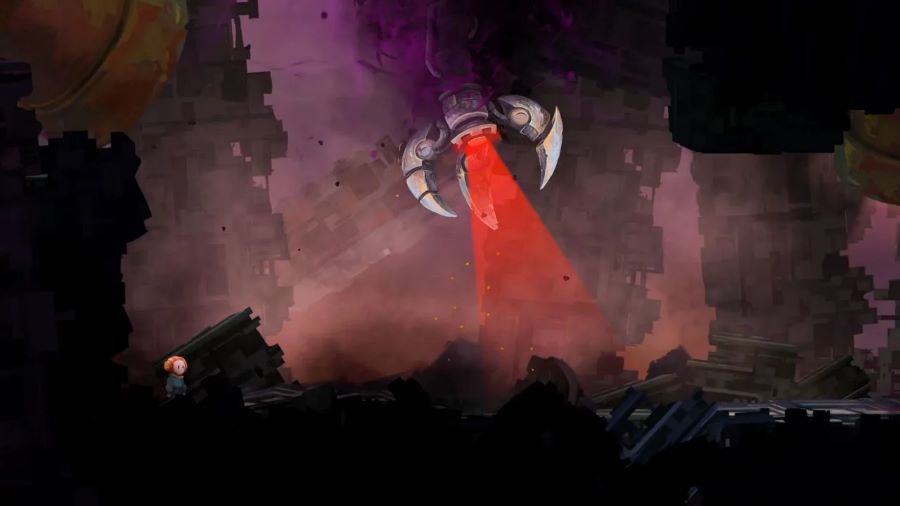 There will be large mechanical claws out to get you since they are hunting down every version of your robotkind. They will grab and crush any specimen that comes too close to their area of control, so you’ll need to pay attention to their line of sight – represented by the bright red light that comes out of their center – so that you’re not caught. You’ll have to use solid structures to block their view or move around some cover by using your spear as a lever to activate the mechanisms you run into. 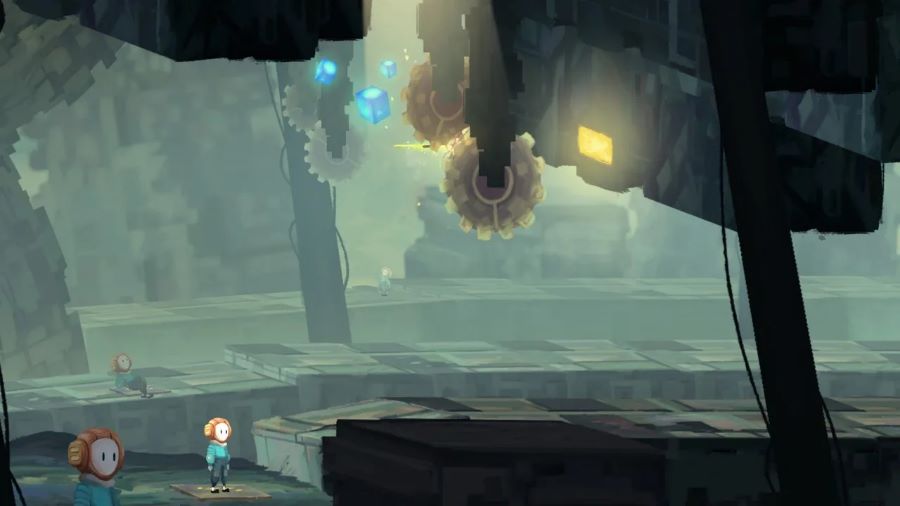 You won’t be taking on this journey on your own since you’ll enlist the help and support – and also end up helping – the other robots that seem to be clones of San. You will need to use your spear as a lever to move a platform so that they can cross a gap, and then they will use their spear to activate a switch that will make a bridge pop out on your plane and its plane so that you both can cross and carry on. You’ll have to step on switches to make some platforms or gears move so that both can stay safe and alive in this harsh world. 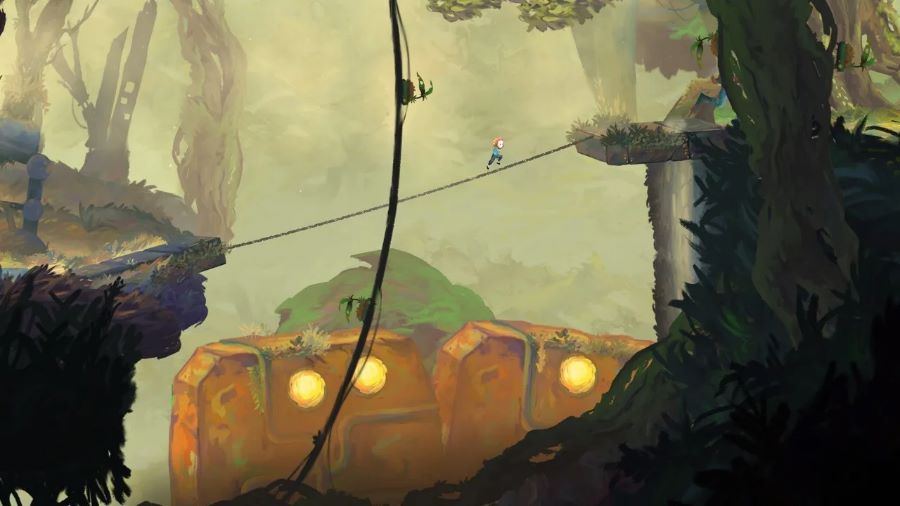 Out of Line is a bite-sized gorgeous hand-drawn 2D puzzle platformer on Nintendo Switch. You’ll be able to use your spear as a useful platform to gain enough momentum to make a higher jump, to use as a lever to activate contraptions, to push switches, to keep gears from moving, so that you’re not crushed or impaled, or to create rope bridges. It’s a game that doesn’t overstay its welcome since you can finish it in a handful of hour, depending on how many of the optional energy cubes you end up collecting, since they’re usually hidden and require you to solve specific puzzles to collect them. Out of Line is out on Nintendo’s console with a $12.99 asking price.

Disclaimer
This Out of Line review is based on a Nintendo Switch copy provided by Hatinh Interactive.

Survival Platformer Residual Out Next Month