Boomerang X from Devolver Digital and DANG! is a fast-paced arena-style 3D action game on Nintendo Switch that is a must-play. Find out why in our Boomerang X review!


Boomerang X from Devolver Digital and DANG! is a fast-paced arena-style 3D action game on Nintendo Switch that is a must-play. After ending up shipwrecked on an island, you will find a very special boomerang that will help you stay alive. You’ll be battling against wave after wave of enemies as you quickly move around the area by using the might and power of your boomerang. A boomerang might not sound like much, but it’s a tool that offers great versatility since it can be thrown at enemies to pull yourself towards it, so you can go from enemy to enemy as you try to stay alive. Add being able to slow down time as you aim at your next target, and you have a very addictive gameplay loop. 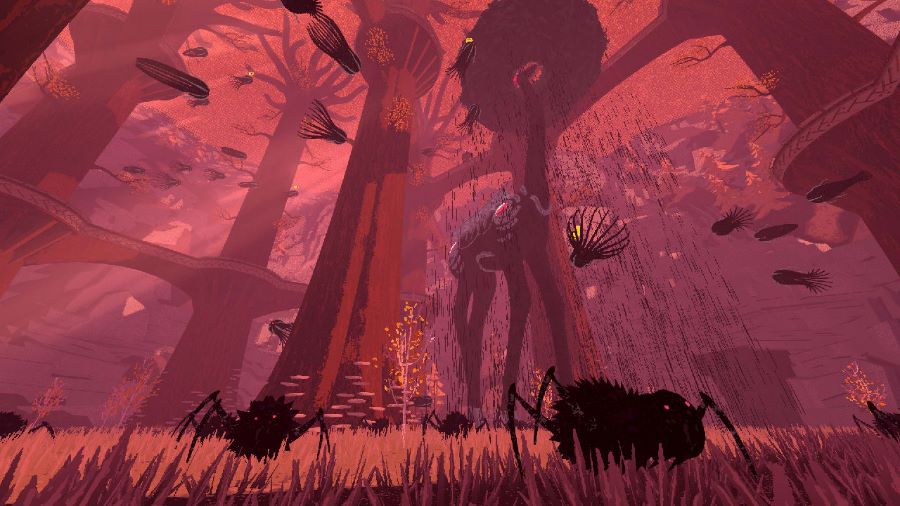 You won’t be able to do all of this right from the start since the game will add new abilities for you at a steady pace so that you’re not overwhelmed. Since this is a 3D game, you’ll be moving with the left analog stick, aiming and looking around with the right one. You can also jump with the B button. You’ll shoot your boomerang with the ZR button, recalling it with the L button. If you press and hold down the ZR button, you can do a charge attack that will allow you to throw the boomerang over a greater distance. Once you’ve unlocked the slingshot ability, you’ll be able to throw the boomerang and then press the ZR button again to fly towards the boomerang. You’ll also be able to slow down time with the ZL button once you unlock that ability. Combining these two abilities will be key so that you can stay alive long enough to destroy all enemies, preferably in a long combo string.


You see, being able to throw your boomerang around to defeat enemies is all fine and well, but being able to combo your way through each wave by throwing your boomerang, then flying towards it to line up your next shot, slowing down time to lineup a couple of kills along the way, to the use your boomerang once more to make short work of your opponents, will allow you to extend your combo by gaining access to new skills on the fly. From the main boomerang, your next skill will be a short-range boomerang burst, as if you were wielding a very sharp shotgun, as long you defeat two enemies from a single throw. There will be more special attacks for you to wield on top of this one, but I’ll let you find out on your own! 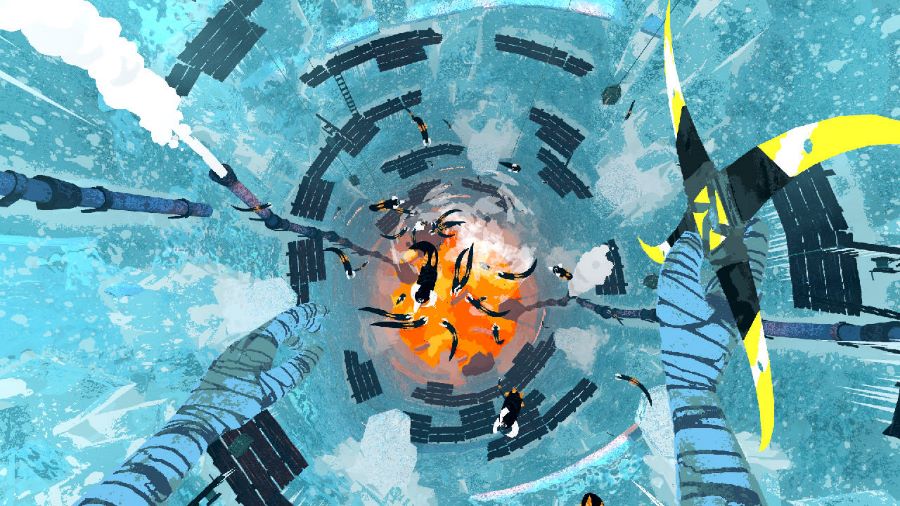 You can probably imagine by now how all of these abilities and skills would allow you to destroy everyone on your path as you fly through the air without even having to touch the ground again. As you can tell from the game’s trailer and the screens in this Boomerang X review, the arena-style areas you’ll take on have a vertical element to them, so for a lot of your time with this game, your feet will not be touching the ground… as long as you do things right. Make a mistake, and your combo will break, and you could end leaving yourself open to an attack from the opponents around you.


Speaking of enemies, you’ll be going up against a bunch of creatures and humanoid entities that will help to ramp up the difficulty at a steady pace. You’ll start by battling against giant bees that won’t be much of a challenge so that you can get the hang of things. After this, the next enemy will be a giant bug that will rush to attack you on the ground. Then you’ll have to dodge and attack spheres-like entities that float around in the air as they try to use their spikes to damage you. And then, then you’ll battle enemies of an almost humanoid nature. 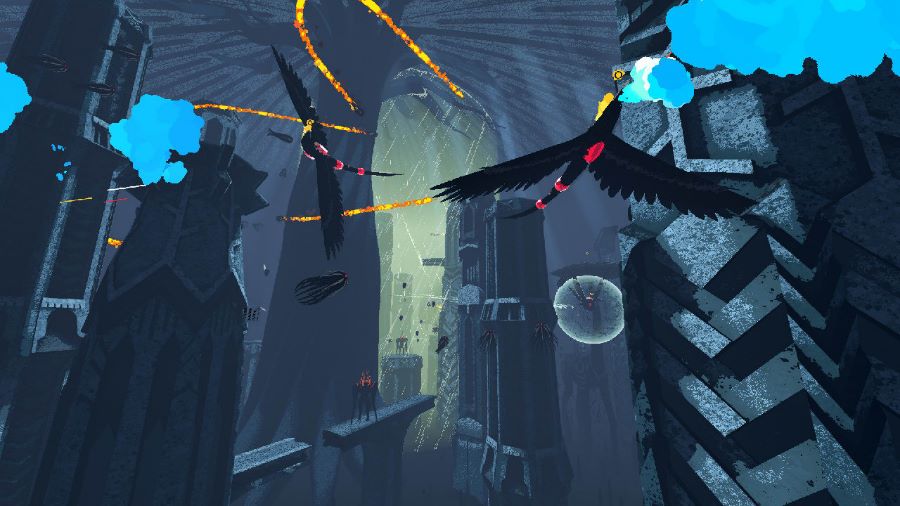 Once you start to go up against enemies of a larger size, you will need to carefully aim your boomerang to attack their weak point: a red gem. Some bigger enemies might have more than one of these gems, so you’ll learn about their weaknesses as you go. While playing Boomerang X, you’ll notice that some enemies have a special glow to them that will make it easier for you to spot them. These are the enemies you have to defeat to be able to progress, which means that the others are not mandatory and can be avoided if you want to, but it will be best if you defeat every single enemy so that you can boost your combo as well as keep any of the optional enemies from sneaking up on you. These enemies will be presented in yellow, but you can change the color to something else in the accessibility menu.

There are several options for you to customize your experience so that players of all skill levels can have a good time with Boomerang X. You can activate a speedrun timer, activate an Invincibility Mode, No Shields Mode, Scattershot Only Mode – so that you always have the shotgun-style attack at your disposal – or No Gravity Mode, so that you can end up flying around each area with ease. You can also increase the Aim Assist or remove it, activate a Lock-On skill, use Motion Controls. And if you feel that the game is not challenging enough, you can always increase the difficulty to Hard. There are also accessibility options, including a High Contrast Mode, making the required enemies you have to defeat be extra visible, change their color, as well as change the color of the weak points for enemies. 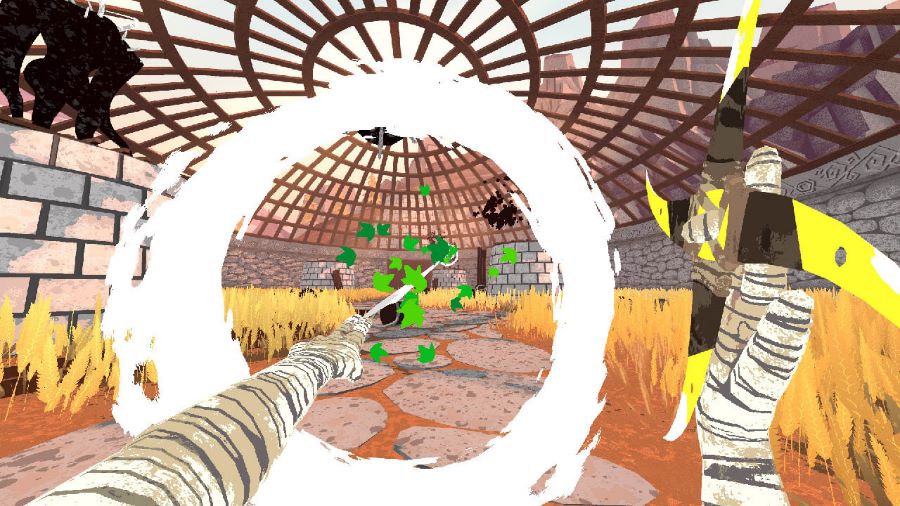 Boomerang X was a very pleasant surprise on Nintendo Switch. It’s a fast-paced, action-packed 3D game with an arena-style twist to it. It’s a game that can be as challenging as you want it to be, and depending on your skill level and how you customize your experience, you can complete this one in around 2-3 hours or so. I had a lot of fun playing Boomerang X, and I look forward to seeing what DANG! works on next. Boomerang X is out on Nintendo Switch with a $19.99 asking price. 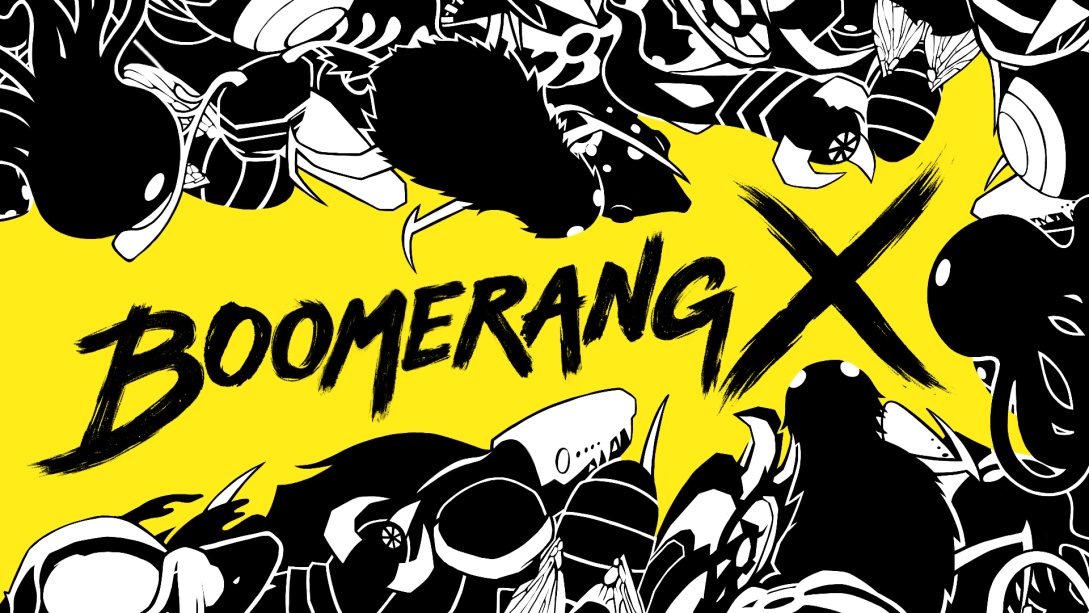 Disclaimer
This Boomerang X review is based on a Nintendo Switch copy provided by Devolver Digital.

G-Darius HD On Its Way To PS4 And Nintendo Switch