B.Ark from Tic Toc Games is a colorful and fun shoot ‘em up you should check out on Nintendo Switch. Learn more in our B.Ark review!


B.Ark from Tic Toc Games is a colorful and fun shoot ‘em up you should check out on Nintendo Switch. The team previously gave us the very fun 2D action RPG Adventures of Pip, and this time around, we’re getting a game that pays homage to the classics in the genre. Once you get started, you will get a colorful animated intro that will show the four animal characters escaping in a rocket along with some astronauts, as a group of cybernetic fish alien invaders known as the Dark Tide are ready to destroy the world. The rocket is, unfortunately, caught by a giant tentacled mechanical entity, so one of the astronauts ends up releasing the animal’s pod before it’s too late. After the group is rescued and placed in recovery pods, they will set out on a mission to defeat Dark Tide once and for all. 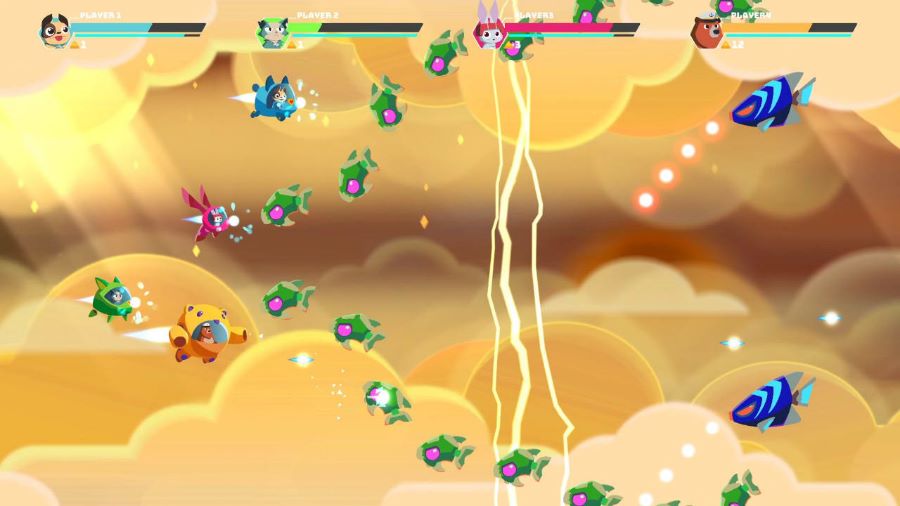 Bio-Interstellar Ark will have you take control of one of four potential animal pilots, who will board a powerful mech that offers you gameplay mechanics that match their fuzzy personalities. You can take on this adventure on your own or with up to four players in total in local co-op. While you’ll be working together to defeat all members of Dark Tide – including the bosses you’ll meet at the end of each stage – you will also be competing against each other by collecting as much plutonium as possible to get the best high score.


You’ll control your space animal with the left analog stick or the D-Pad, shooting with the Y button. If you keep the Y button pressed, the mech will constantly shoot, but if you stop for a bit, your next attack will charge up so that you can unleash a more powerful and deadly attack that will make short work of your opponents. You can dash with the B button to put some distance between yourself and your enemies – or to quickly get closer for the kill! You can use your super with the X button once you have managed to charge up your special bar. As expected, each character’s special attack will help you clear the screen of enemies, which can certainly turn the tide of battle when used at the right time. 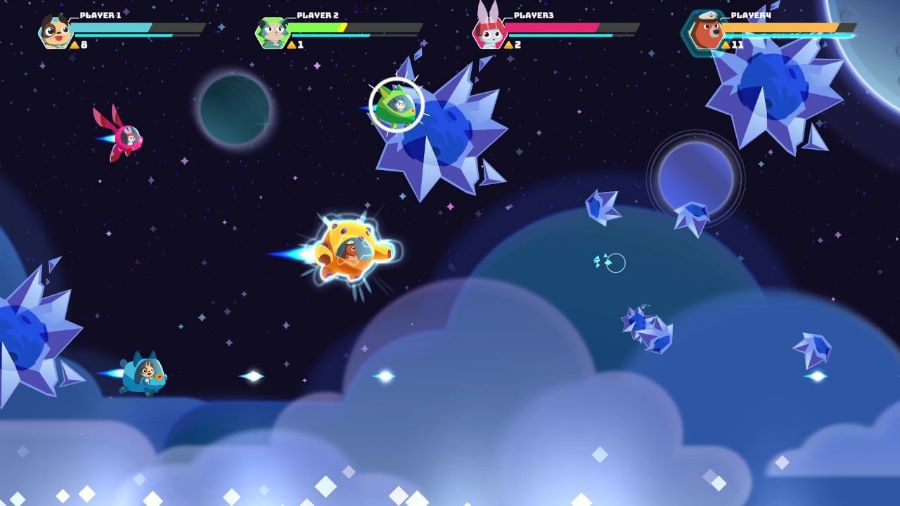 There are four pilots to choose from: Barker the dog, Felicity the cat, Marv the bunny, and Lucio the bear. If you’re taking on B.Ark in multiplayer and one of your companions falls in battle, you can still save them by flying towards their mech and rescuing them so that you can heal their wounds and bring them back into the action. Since each level can be played in the Normal or Hard difficulty settings – or Insane when you’ve beaten a stage once –it’s probably a good idea you keep an eye on your teammates at all times.


As you defeat enemies, obstacles, and hazards, you will get to collect plutonium. As you collect more and more, you will start to fill up your power bar. Collect enough plutonium, and you’ll get to level up, which will increase the power of your attacks, as well as add floating options to your mech that will attack and protect you. You need to be careful because if you receive damage, your attack power will go down. You will need to collect health items to fix any damage you’ve received so that you can be ready to take on the boss. 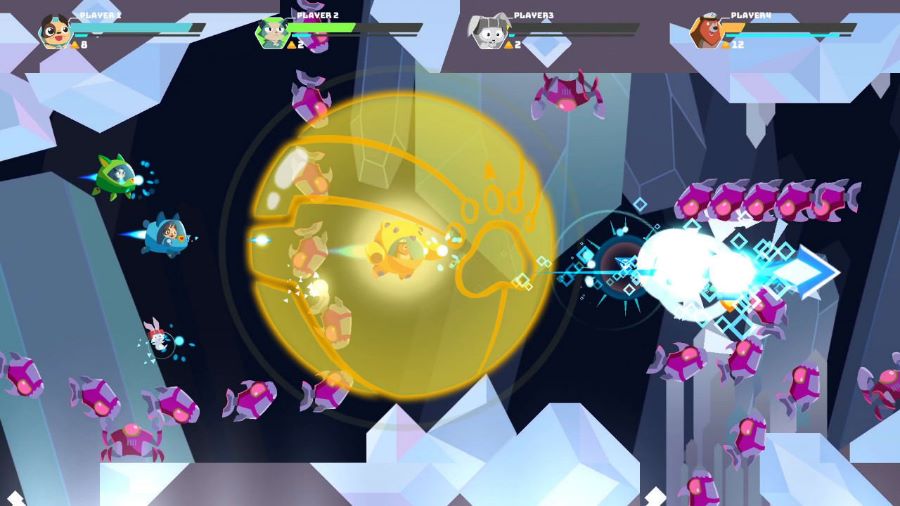 And for each stage, you’ll need to take on three boss battles find. You will need to pay attention to each boss to learn its movement and attack pattern so that you can find the right time to deal damage as you avoid their attacks. Since there is more than one boss fight to take on during each stage, so there’s going to be some trial and error during your time with B.Ark. After beating a boss, you’ll get a checkpoint for the level, which will prove to be useful in case you’re defeated on your way to the next boss. 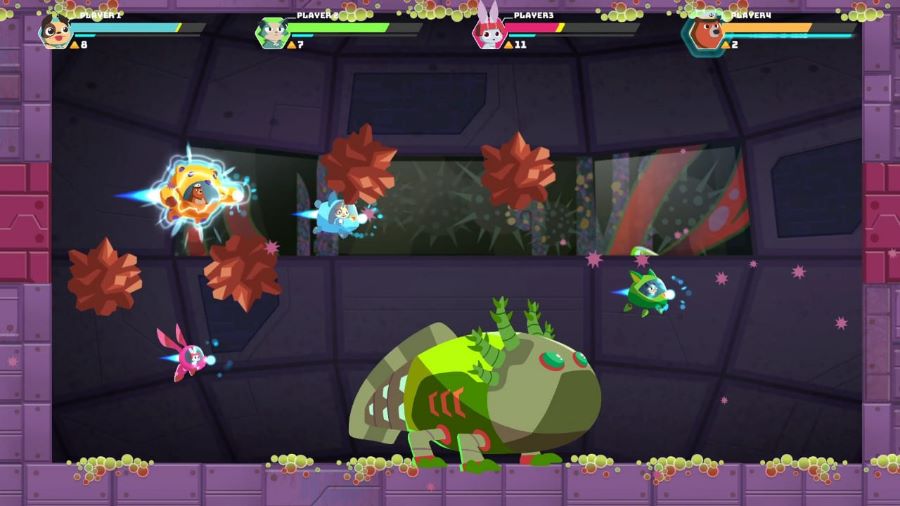 B.Ark is a fun, colorful shoot ‘em up for up to four players that has a very “Saturday Morning Cartoon” feel to it, which helps to set it apart on Nintendo Switch. As is expected for games in this genre, you can complete all stages in B.Ark in an hour and change, with some replay value added by being able to take on levels at a higher difficulty level, trying to beat your high score, and searching for the hidden items that will allow you to see some of the memories of each of the four animal pilots in the game. B.Ark is out on Nintendo Switch with a $9.99 asking price.

Disclaimer
This B.Ark review is based on a Nintendo Switch copy provided by Tic Toc Games.

WitchSpring3 Re:Fine – The Story of Eirudy Out Today