The Forgotten City from Dear Villagers and Modern Storyteller is a time travel murder mystery on PlayStation 4. It has you traveling 2,000 years into the past as you experience the final days of a cursed Roman city… with its fate in your hands! If a single person in this city sins, if anyone breaks The Golden Rule, then death will rain. You’ll have to find a way to keep the curse from turning everyone into a gold statue, asking the locals for as much information as possible so that you can unravel the mystery – and use the time loop to your advantage as needed. 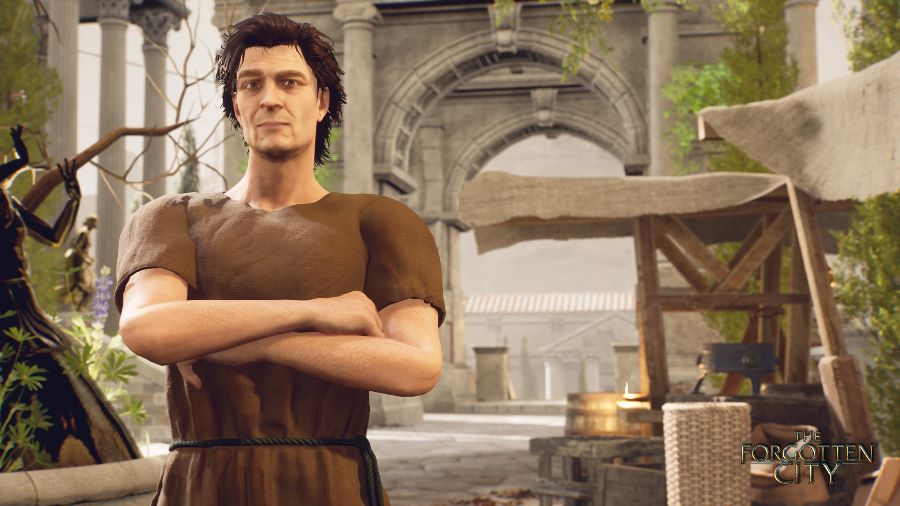 The Forgotten City started as a mod for The Elder Scrolls V: Skyrim by Nick Pearce. The mod ended up winning a national Writer’s Guild award back in 2016, which prompted Nick to quit his ten-year legal career in order to expand on what the mod did, increasing the number of developers working on The Forgotten City to boost the potential of Modern Storyteller – his mod alias. It’s now 2021, and The Forgotten City has made its way to the PlayStation 4, with a Nintendo Switch version planned for later in the year.


As you start your journey in the present, you will learn that a stranger found you unconsciously floating down the river, thus saving your life! Once you’ve selected your character’s type and skin color, you’ll be able to select a bit of your background to pick which class you’ll be playing as. There’s the Archeologist, who, thanks to years of studying history, can provide additional insight into the ancient world. The Soldier will start with a military-issued firearm, but it will only have ten bullets, with no way of obtaining more, so you’ll have to make every single one count! The Fugitive is on the run, which is why it will be able to sprint 25% faster when compared to the other classes. And then, we have the Amnesiac, who can’t remember much due to recent head trauma. The good news is that this has also increased its pain threshold, making it 50% for opponents to take you down. 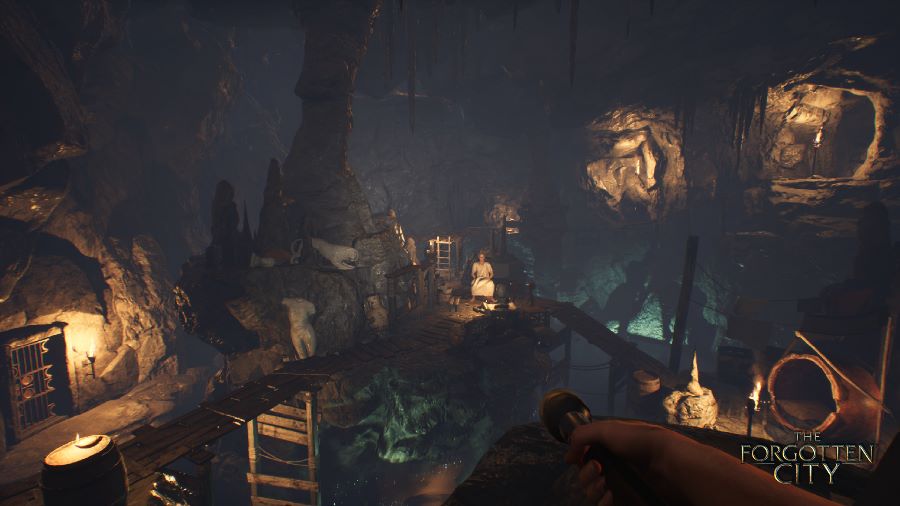 You’ll move your character with the left analog stick, moving the camera with the right one. You will sprint with the L2 button, jump with the Circle button, and crouch by pressing in on the left analog stick. To get a closer look, you can zoom in with the L1 button. You can obtain weapons, which you can use with the R2 and R1 buttons depending on which is your primary and secondary weapon, but you do need to be aware that violence should not be your first option since there are consequences for your actions. You can switch between weapons by pressing left and right on the D-Pad and can enter Photo Mode by pressing up so that you can capture specific moments. If you want to take a look at your journal and at your inventory, just press the Triangle button.


The Forgotten City includes a full trophy list with a Platinum trophy for you to unlock. Since there are four endings for the game, that means there are going to be trophies for reaching each of the four endings, depending on the choices you make along the way. There will also be trophies for performing specific actions at different moments, but mentioning the requirements for each of those trophies would end up spoiling the experience. I will say there are trophies for looping through time for the first time, as well as another trophy for looping through time ten times, but the rest you’ll have to find on your own! It’s a long trophy list split into three Gold, thirteen Silver, and twenty-four Bronze trophies, so there’s plenty to do in this one! 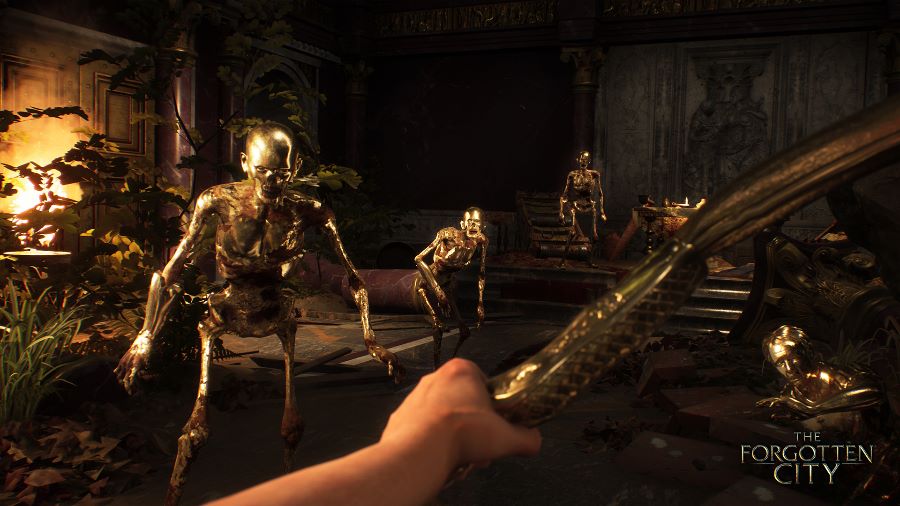 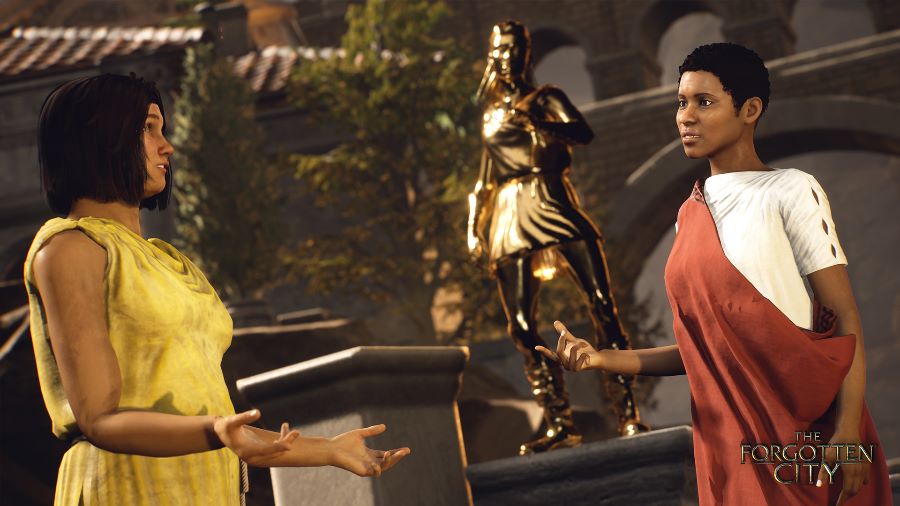 The Forgotten City has certainly come a long way from its start as a mod for The Elder Scrolls V: Skyrim. This is a tale that you have to experience on PlayStation 4. It’ uses a clever time loop gameplay mechanic – which at times reminded me of The Legend of Zelda: Majora’s Mask – to replay the same period of time over and over while keeping your inventory intact from loop to loop, bringing you one step closer to reaching each of the game’s four different endings. You’ll find ways to fix all issues with each subsequent run, as well as make good use of the zip line accessory you get after your first time loop to quickly zip around the city – pun intended. The Forgotten City is out on PlayStation 4 with a $29.99 asking price, and it’s one that you should check out on Sony’s console.

Disclaimer
This The Forgotten City review is based on a PlayStation 4 copy provided by Dear Villagers. 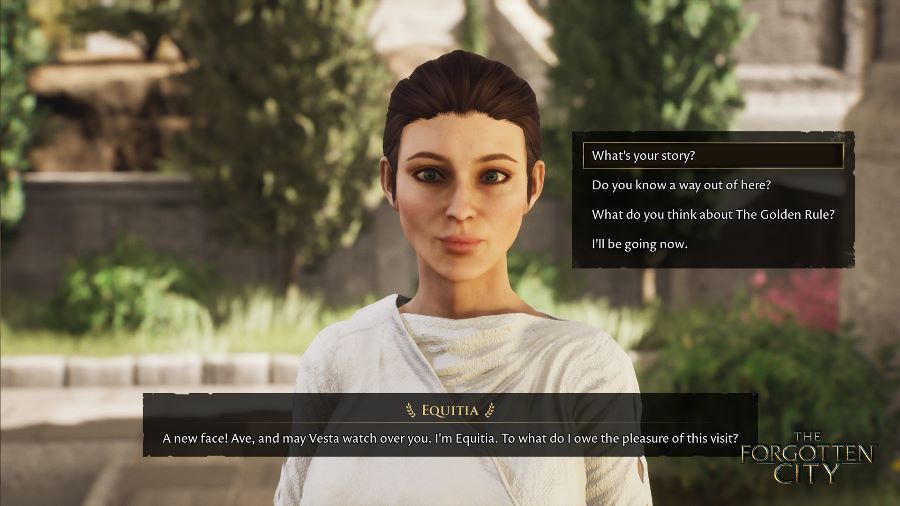 HORROR TALES: The Wine Out Tomorrow

Fort Triumph Out Next Month