Soar through the skies, hunt for ghosts, and become the best witch racer in the world!

Experience the thrill of flight across more than a dozen tracks! Cast magic to speed up and slow other teams down as you race to finish first! Purify the school’s restless spirits in special ghost hunting missions.

Use rewards from winning races and completing missions to buy new brooms, enhance your magic powers, and find the best combination to become the top student!

Play with the other users in online multiplayer and take in the sight of the world of Little Witch Academia together!


The VR review you’re about to read is for a game based on an anime called Little Witch Academia. The story has you being a guest – which you can do some low-key character customization for – to the Luna Nova Academy. There is some sort of issue that racing your brooms around will help fix – or something – so there is now going to be a broom racing contest. Honestly, the story is pretty barebones and exists to move from race to race, and it doesn’t ever really make much sense. If you are a fan of the series, the game does have the original voice cast, and the character models look good. 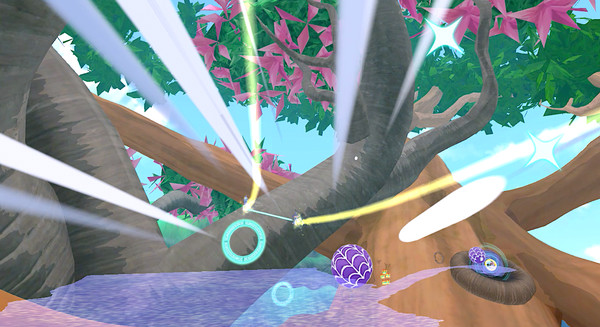 Now the VR broom racing is the bulk of the game, but there lies its biggest problem. The racing never feels fun or accurate. It uses motion controls for the broom, so you tilt your head to go forward then use the DualShock 4 as a broomstick. You need to think about it like the broomstick is between your legs and use the DualShock 4 to navigate by moving it up, down, left, or right. It never feels precise, and you move all over the race. I never got the precision I want from a racing game.


Also, there are times when the path turns very far to the left or the right, and you have to look in that direction. When sitting on my couch playing, it felt so uncomfortable. Sometimes when I was playing, I would be warned that the camera couldn’t see my controller. With PlayStation VR, your controller needs to be always in view, and sometimes with these courses, that was problematic. I’ll be honest here: I didn’t feel great after playing the game. I ended up having a bit of a headache, which means that if you’re prone to motion sickness, this might affect you. 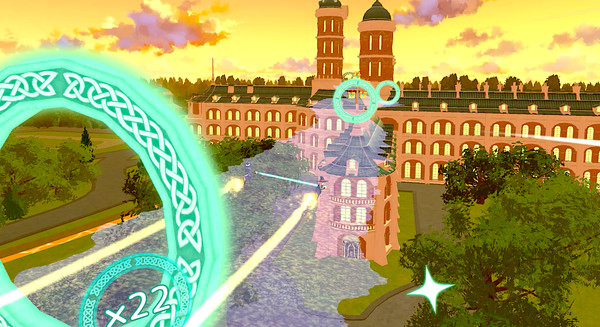 There are two types of races: one against two other teams and one where you must shoot at ghost things and purify them. When racing against the other witches, you essentially follow a track, running through rings, collecting power-ups. The power-ups will make you go faster or curse another team and slow them down, really basic stuff. There are also “obstacles” on the track that will slow you down or speed you up. It’s actually funny that the game calls them obstacles, as typically you want to avoid obstacles, but you are recommended to run into the green ones to get a speed boost.


Now, these ghost purifying races just have you going around the track, and an orb is spitting out ghosts, and you need to fire at them and hit them with a shot to purify them. Once again, the same problems persist as those for the regular races, but now you have to try and aim and hit these ghosts, which feels too complicated for its own good. 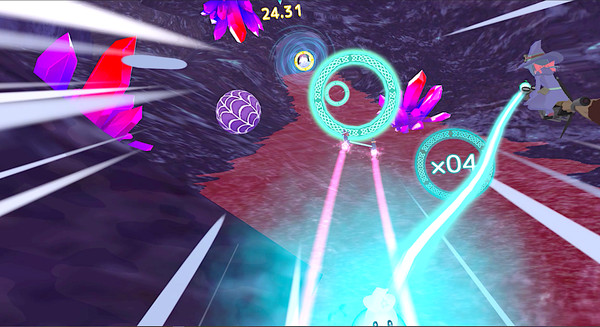 You earn currency in Little Witch Academia: VR Broom Racing by way of tickets and money, which you can spend on upgraded brooms, as well as gems that can be equipped to the brooms. This will help with racing and purifying the ghosts. Each broom can have multiple gems equipped, allowing you to experiment with multiple combinations and find a good fit for you.

Visually, it’s a mixed bag since the character models are good, but you can see them literally leave and appear during the story segments. The voice acting is fine too, so fans of the show will be happy. What does not look great is the races themselves. You’ll race around different areas, and the team tried to add some elements to set themselves apart, but there is nothing visually distinct. Also, they are weirdly divided into multiple segments that will have you fly through portals that take you to different sections instead of one actual big track. It really takes away from what could be something grander. 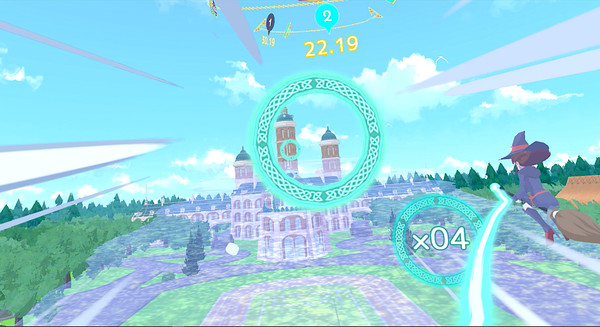 Unless you are a big fan of Little Witch Academia, I’d stay away from this VR Broom Racing. The motion controls aren’t great, and you lose the sense of precision you would typically want out of the game. The story doesn’t make a huge amount of sense. It’s really there to move you between races. The racing environments aren’t great either. I guess at least it’s short since you’ll beat it in under three hours or so – as long as you don’t feel too sick from playing.

Disclaimer
This Little Witch Academia: VR Broom Racing review is based on a PlayStation 4 copy provided by UNIVRS, Inc..