Cross the Moon by Patrick Rainville and Ratalaika Games is a visual novel set in a world where vampires are known and somewhat accepted in society. Check our Cross the Moon review!


Cross the Moon from Patrick Rainville and Ratalaika Games is a new visual novel on PlayStation 4 and PlayStation 5. The story is centered around two vampire siblings and a foreign exchange cop. Lux Amanite is a young vampire that used to be pretty close to his friend Apollon until the latter met Corentine. With the two in a relationship, Lux now mostly serves as a third leg to help the couple trick humans to give them some of their blood, which is better than purchasing some diluted blood. On the other hand, Lux’s sister, Aurore, is trying really hard to avoid consuming blood at all, even though she tries early in the story to purchase some pureblood illegally just to try to get a sip of the real thing. 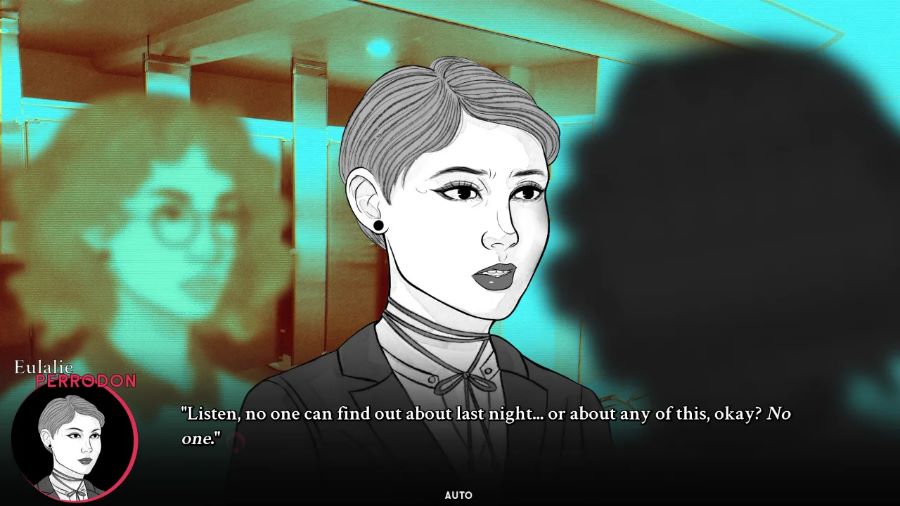 Ryouko Otsuki is the Japanese foreign exchange cop that arrives in the city, having only heard about vampires but never worked in a city where they are present. She will quickly have to find out more about them, as she will have to investigate the death of a man found on the pier, with a wound to the stomach, his eyes ripped out… and fang marks on his neck. As the investigation starts, her story and of the siblings will all circle around this man’s death. 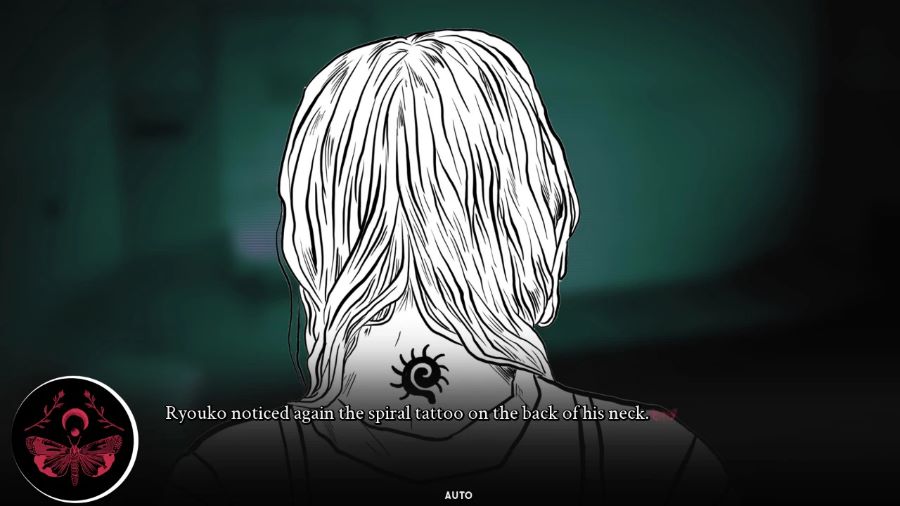 Being a visual novel, a linear one that is, all you have to do to complete the game is to read it. There are no choices that can potentially have an impact on the game’s outcome, making it pretty limited in terms of replayability. There are occasional journal entries you’ll have to collect by pressing the Circle button, but that is pretty much the only interaction you’ll have. Visually, the game has some nicely drawn characters and an incredibly large set of photos for the different backgrounds throughout the game, making it much more interesting than most of the visual novels out there that only have a few backgrounds that revolve around the same thing. 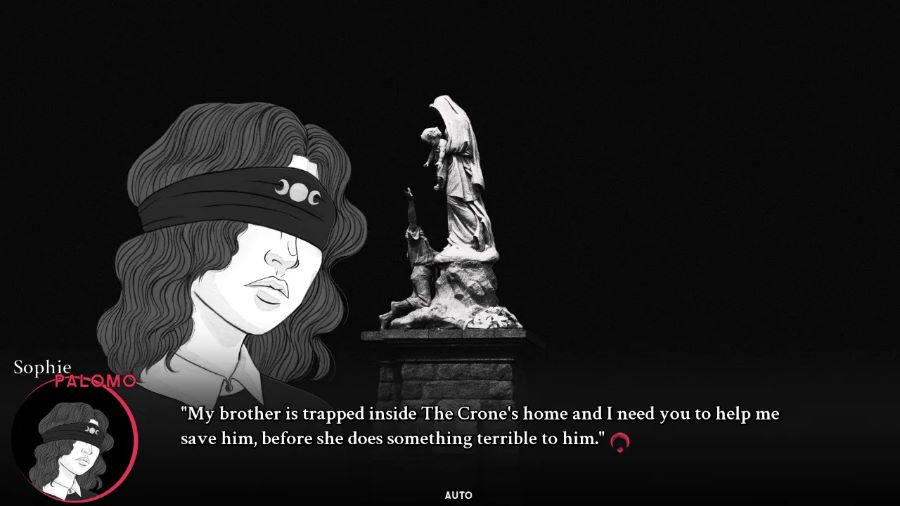 When I started the story, I was intrigued by how the story would revolve around vampires. The more I played, the more the story kept getting more interesting, and I liked the way vampires were part of society, as opposed to most vampire tales that set them as demonic creatures that can never be seen. The one thing that disappointed me was the game’s pace. It’s also a very linear experience.


As for the trophies, since the game is linear, it’s only a matter of completing the game to get a platinum on PS4 and PS5 since the game is cross-buy. As long as you press the Circle button at the right time and collect all entries, you’ll have that Platinum trophy by the end of the road. If you’re a trophy hunter and have a PlayStation 5, then you can get two Platinum trophies in a few minutes, thanks to the game’s skip text feature. 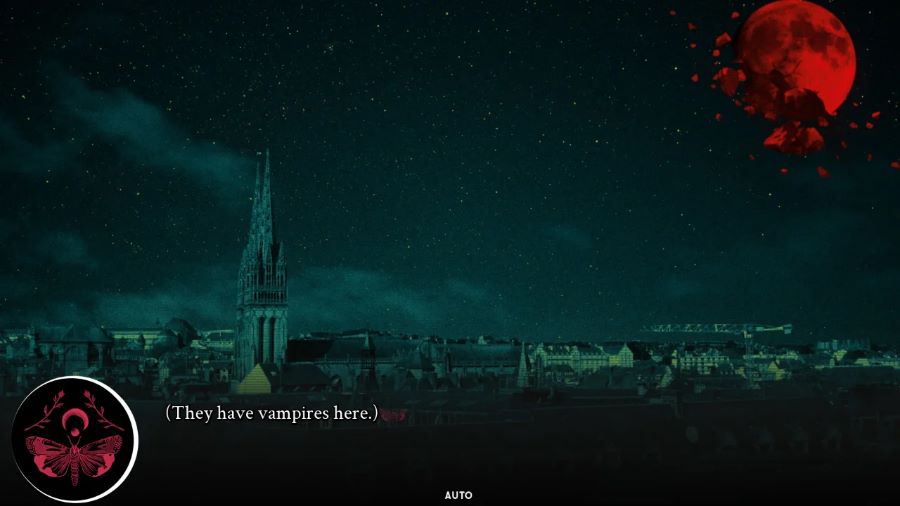 Cross the Moon is an interesting visual novel with some great photography in terms of visuals that fans of the genre will definitely enjoy. This is a visual novel with not many interactions required from players other than absorbing the experience, unlocking a Platinum trophy in the process. It’s also a budget release at only $4.99, and a cross-buy title, so you can get it on PS4 and PS5 for one low price. 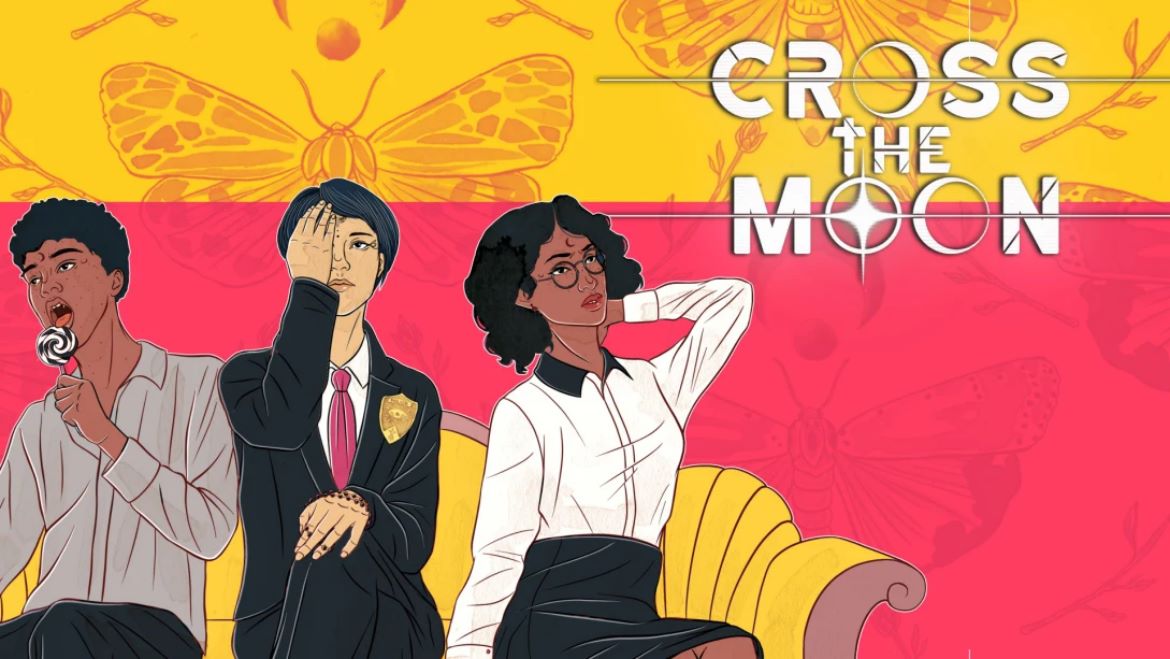 Disclaimer
This Cross the Moon review is based on a PlayStation 5 copy provided by Ratalaika Games.