Cave’s vertical bullet hell classic shoot ‘em up Mushihimesama is ready to challenge your skills on Nintendo Switch thanks to Live Wire. Learn more in our Mushihimesama review!


Publisher Live Wire has released Cave’s classic vertical bullet hell shoot ‘em up up Mushihimesama on Nintendo Switch! The game was originally released way back in 2004 and then re-released in arcades with a 1.5 version that changed the experience. On Nintendo Switch, we’re getting the definitive version of Mushihimesama, since it includes the standard edition, a new Novice Mode so that those that are not very experienced with the genre can have a chance at reaching the final stage, as well as the Arrange Mode version for the game, and the 1.5 version as well! 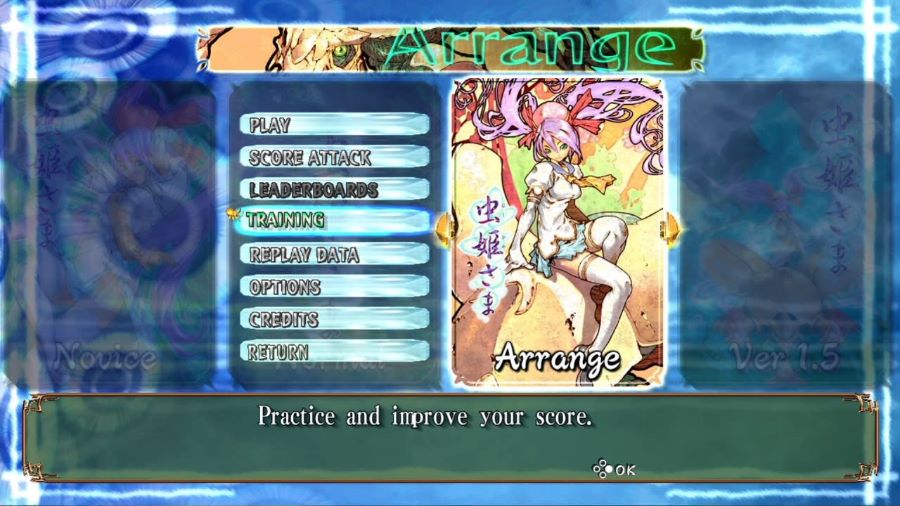 If you have never played Mushihimesama before, which is likely since up until it was ported to Steam with a Windows version, this game remained as a Japan-exclusive, it’s a vertical shoot ‘em up of the bullet hell variety, which means that everything on the screen is out to kill you. You can select between different attack patterns, which change the overall experience. It plays off a bug theme, so you’re going to be running into enemies that resemble beetles, butterflies, giant mantis, and more.


You can play this one either in a Training Mode to try and get better at the game, go into the Play option, which offers the regular experience tied to each version included in this particular release, or go into a Score Attack Mode where you can compete against other players to try and get as high a score as possible. Each of the game’s versions also has different difficulty options, which will challenge even the most seasoned shoot ‘em up fans. 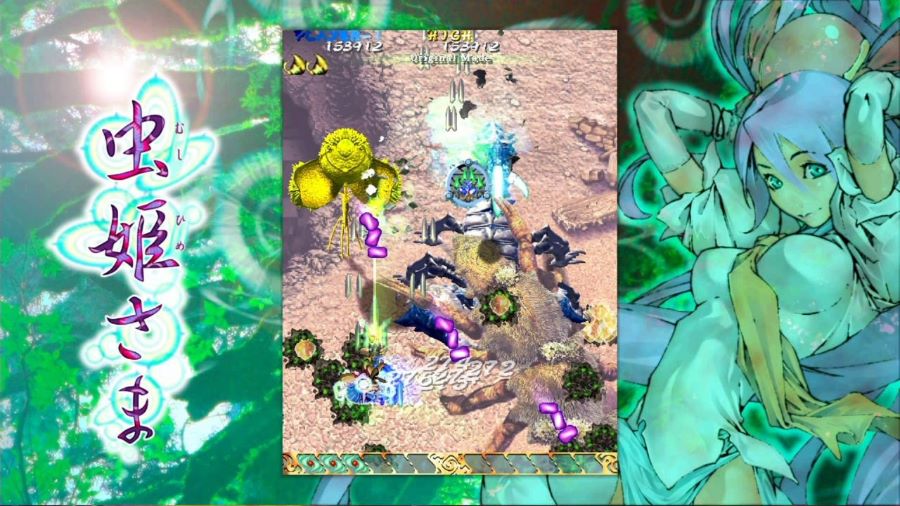 For this vertical shoot ‘em up, you’ll move your character around with the left analog stick or the D-Pad, shooting with the B button or using an autoshot by pressing the Y button. You can also use rapid-fire with the R button or rapid autoshot with the ZR button. If you have a bomb in your stock, you can use it by pressing the A button to deal considerable damage to everything on the screen while also getting rid of any of the bullets that were coming your way. You can also change your shot type by pressing the X button – that is if you’re playing in Arrange Mode.


Since this is a vertical bullet hell shoot ‘em up, there are several options for how the action is displayed for this Nintendo Switch version. You can play with the standard 16:9 presentation, which has the action on the center on a smaller vertical display along with some great artwork around the playing area, change this to a 3:4 or 9:16 presentation with black borders on the sides, and even rotate the screen to the right, to the left, or flip it upside down to accommodate the orientation of your TV display. This can also be useful for playing the game in Portable Mode by using the excellent Flip Grip, which you can wishlist right here. 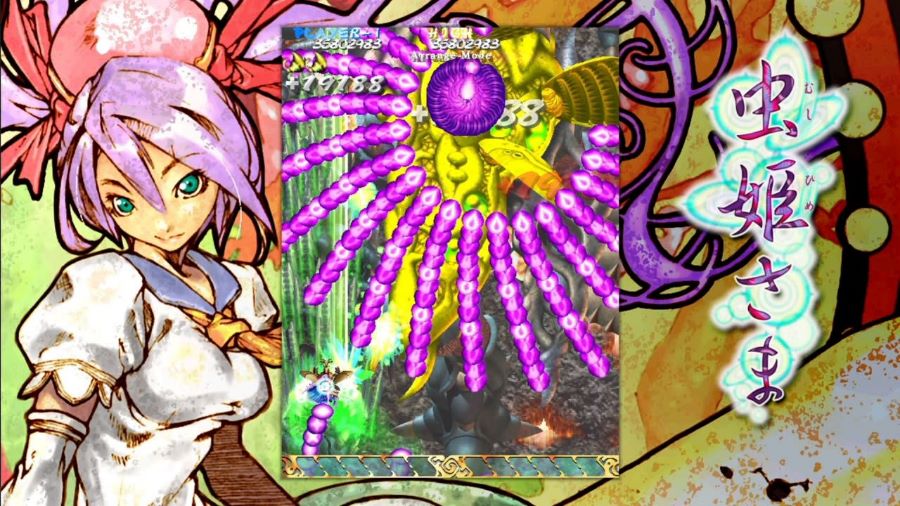 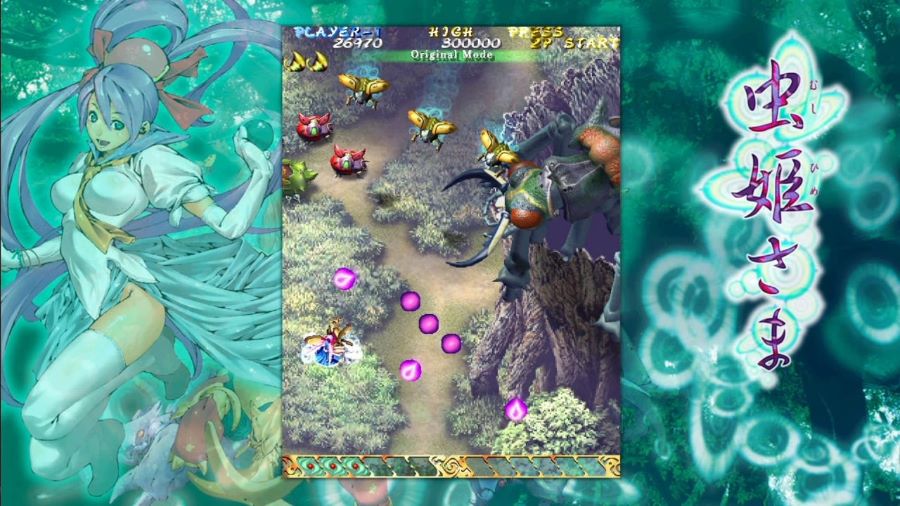 Disclaimer
This Mushihimesama review is based on a Nintendo Switch copy provided by Live Wire.