In Beasts of Maravilla Island from Banana Bird Studios and Whitethorn Digital, you’ll be taking on a 3D adventure game in which you take on the role of a young wildlife photographer who must document the creatures of the titular island. Your name is Marina Montez, and you’re taking over what your grandfather had started. He leaves you his camera and his journal so that you can complete his work so that you can visit the mysterious Maravilla Island, a location that many say has magical ecosystems. It’s a game that will make you think of The Legend of Zelda: Breath of the Wild and Pokémon Snap, which is definitely not a bad thing! 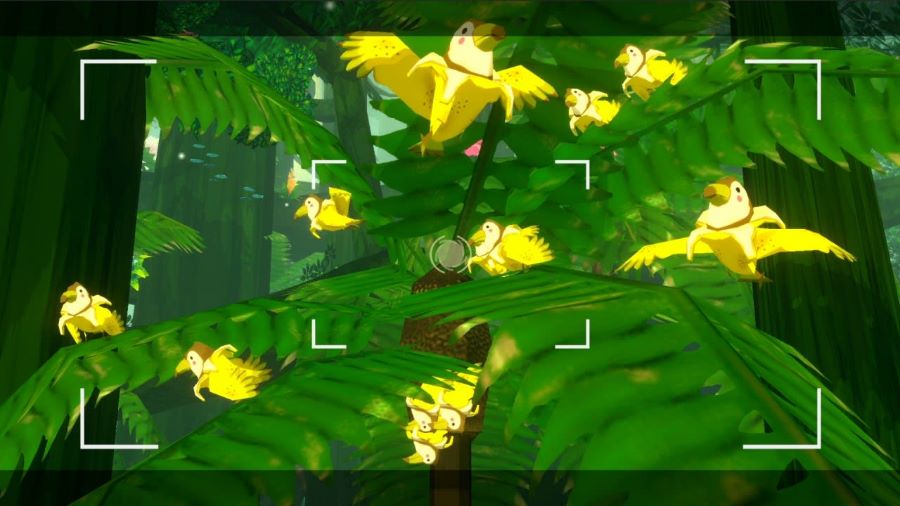 Beasts of Maravilla Island was taken to Kickstarter by Banana Bird Studios in an effort to secure $10,000 in funding. Thanks to the support of over 1,100 backers, they were able to get more than $25,000 once the Kickstarter campaign was over, which allowed them to bring the game to Nintendo’s console, which was their objective in the first place. On top of this, they reached some stretch goals, which allowed them to work on a selfie mode – more on this in a bit -, localize the game to more languages, as well as add an illustrated opening cinematic to the game.

You’ll move Marina with the left analog stick, swinging the camera around with the right one. You can whistle with the Y button to try and catch the attention of the different creatures you will meet during your time with Beats of Maravilla Island. You can check out the journal with the X button, where you can see the photographs you must take to complete objectives, as well as check out the sketches done by Papa Vasco, as well as all of the information noted down about the island. 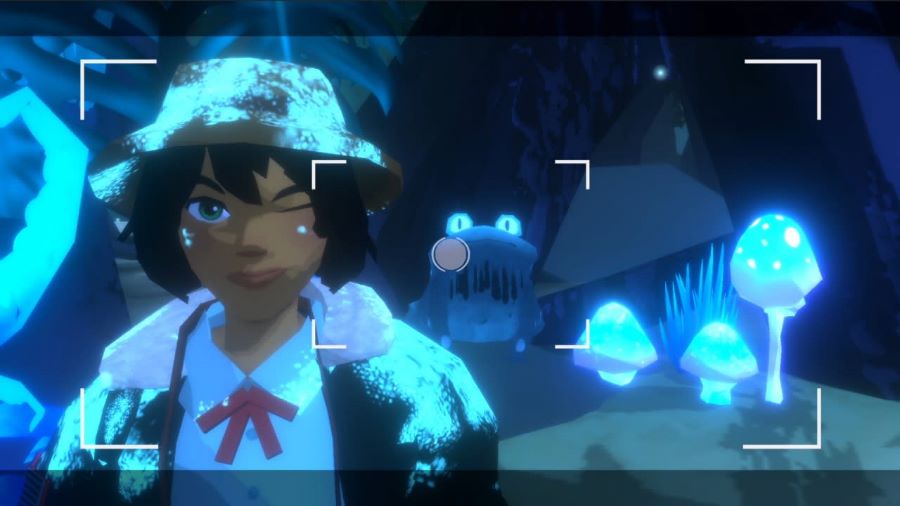 By pressing the ZL button, you’ll go into photograph mode so that you can start to take pictures of the creatures and plants you find by pressing the ZR button. You’ll be able to aim your show with the left and right analog sticks, zooming in and out with the D-Pad, as well as changing the height at which you’re taking the picture. You can also press the X button while in photograph mode to go into selfie mode so that you can include Marina in a picture.

After you take a photo of a creature, it will be added to your photobook based on the environment in which you found it – say, like the round ruby beetle you photograph at the start of the game in the jungle. It will also be categorized based on its type, be that a crystalline bug, a maravillian butterfly, birds of the canopy, the island’s flora, the different landscapes you can find, as well as a separate selfies section for those pictures in which Marina is also featured. You can check your photobook by pressing the – button.


You can explore from a third-person 3D point of view as Marina runs around each area of the island, or you can decide to carry on from a first-person perspective while in photograph mode. If you’ve already photographed something with your lens, the game will let you know by showing you the name of that creature or plant. If, on the other hand, it’s a specimen you hadn’t seen before, it will show the word New on top of the camera’s framing so that you can know that you should definitely snap a shot. 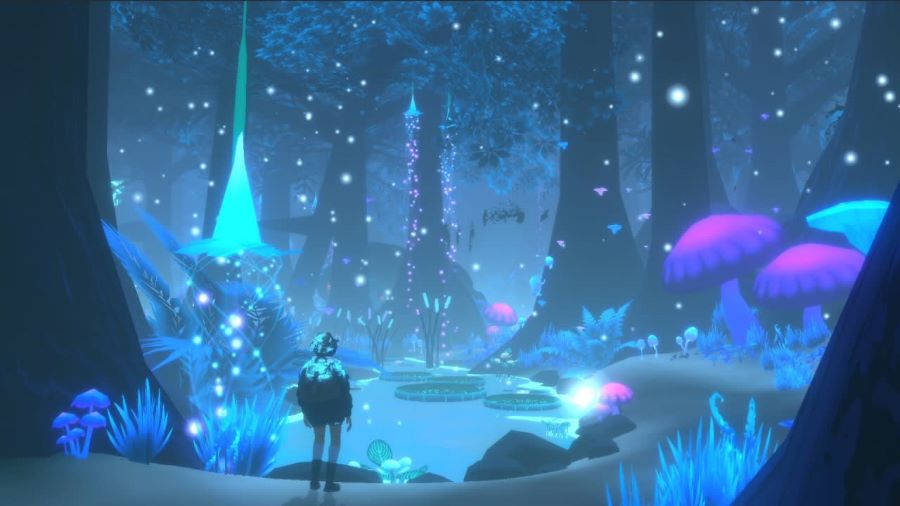 Taking pictures will sometimes have an effect on the environment. Take a picture of one particular flower, and the flash from your camera will make it open up, having it shoot its light – since it’s a sparking lamp lily – on top of a nearby beanstalk that will grow in size. This will allow Marina to exit the photograph mode in order to climb the giant beanstalk so that she can continue exploring Maravilla Island.


Each area of Maravilla Island will have a primary creature that you will have to investigate a bit deeper. You’ll need to capture four different behaviors for these creatures so that you can complete each objective photo. This might mean you’ll have to whistle to get their attention, pick up and object with the A button so that you can lure in another creature to help you set up a picture opportunity, or pay attention to the sounds they’re making so that you can mimic them by whistling, in order to gain their trust. 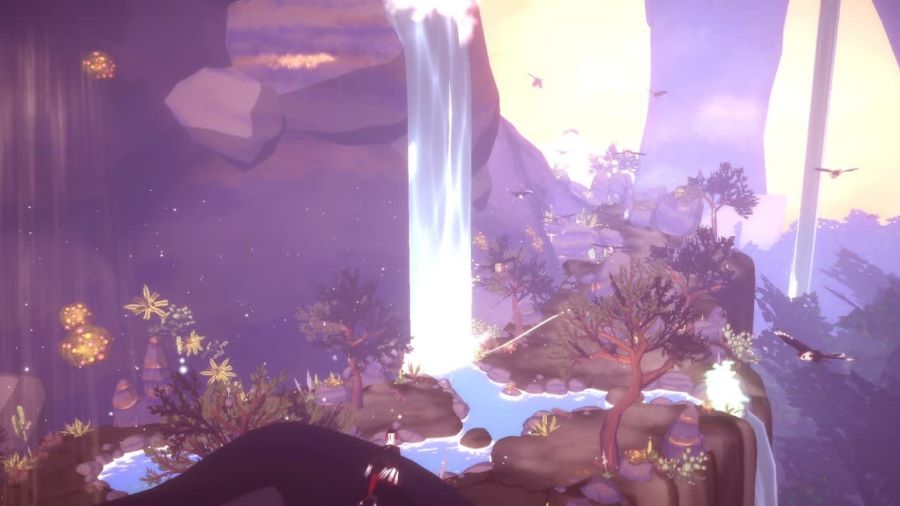 While Beasts of Maravilla Island is a colorful experience, the game is not without faults. The framerate does dip a bit sometimes, but the team has released a patch that considerably improved the game’s performance when compared to how things were at launch. One thing that is weird is how when you go into photograph mode, instead of having the camera focus on what’s in front of Marina, it instead focuses a bit to the side. The same thing happens when you exit the first-person photograph mode and go back to the third-person exploration sequences since the camera’s position does not match where Marina was looking when trying to take a picture. It’s a short adventure that shouldn’t take you more than a couple of hours to complete, as there are three areas to explore and over 50 creatures to find, all for a $9.99 asking price. 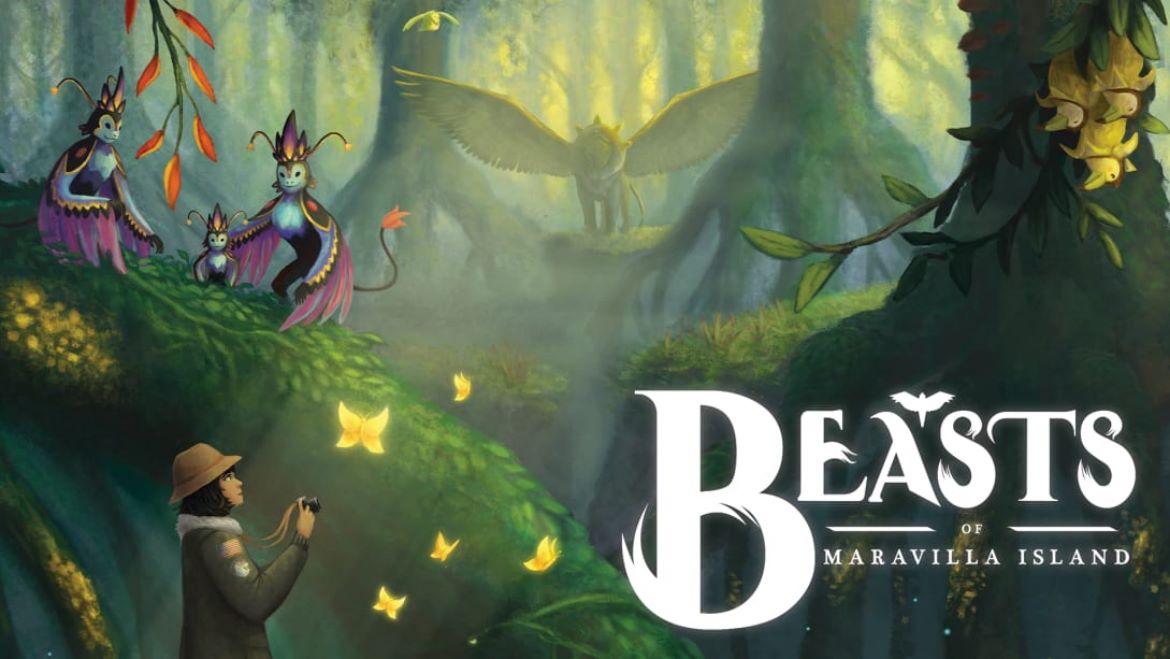 A charming adventure through a magical island

Disclaimer
This Beasts of Maravilla Island review is based on a Nintendo Switch copy provided by Whitethorn Digital.

Within the Blade Out Next Week