[Nintendo Switch] A Tale of Synapse: The Chaos Theories Review


In A Tale of Synapse: The Chaos Theories from Tesura Games and Souris-Lab is a 2D puzzle platformer on Nintendo Switch. It uses abstract art and science to build a universe with its own rules and elements, based on math’s logic rules. It offers four worlds that are split into 48 levels that are going to take you 8-12 hours to complete depending on your experience with 2D puzzle platformers. Math and logic are going to be a big part of this adventure, which will let you know right away if this is the right type of game for you. 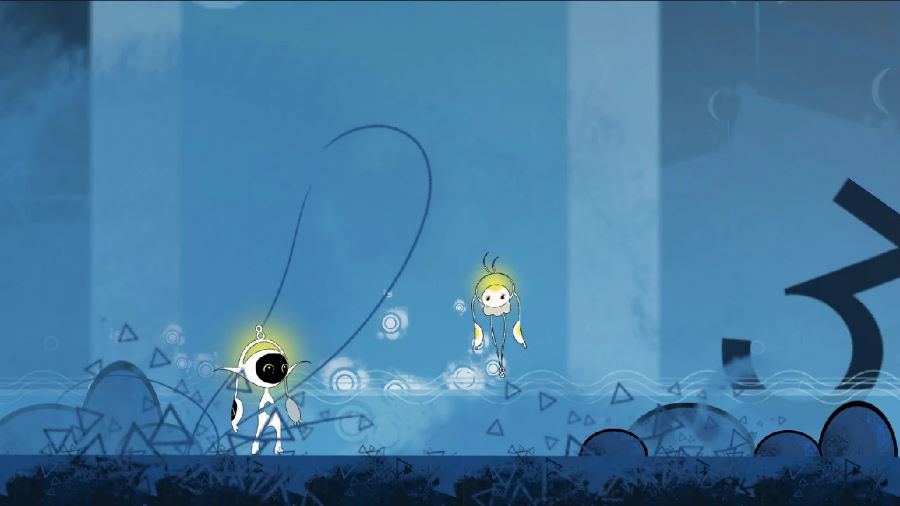 Néro is a young Synapsian in the city of Curiosita. While dusting off the shelves at a library where he has read a ton of books under the care of its keeper, he knocks down a mysterious book that explodes in a flash. This ends up releasing Sci, a jellyfish-like creature that was apparently trapped inside of a jar to be forgotten by time. Sci does not have much faith in Néro’s species, but at least he acknowledges that Néro is too young to be as bad as the adults.


But before he can continue with this conversation, both end up falling through the ground. It is then that Néro learns that the book he knocked over contained the theories of Xuga, and these chaos theories have now been unleashed into the world. Because of this, Néro and Sci must work together to find a way to return to the library to close the book of Xuga before it’s too late. 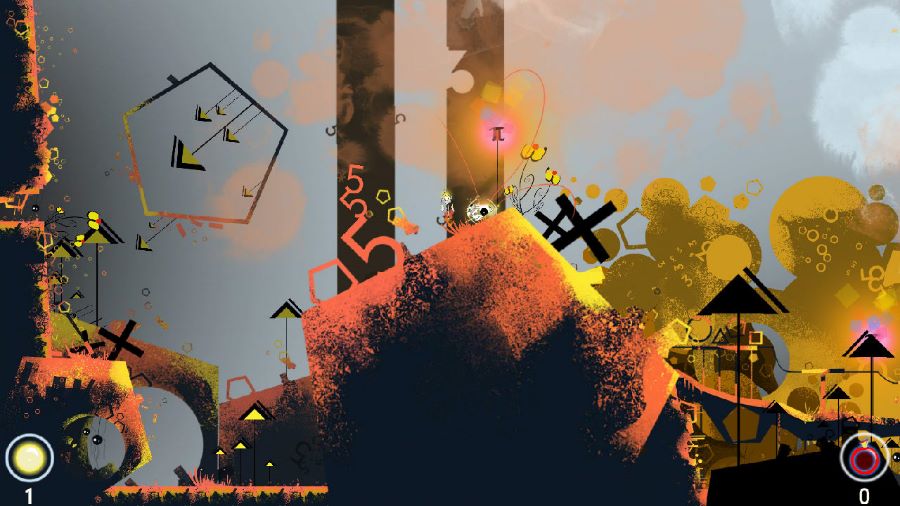 You’ll move Néro with the left analog stick, using the right one to move Sci. You can jump and double jump with the B button and hitting enemies or interacting with characters or objects with the Y button. You can slide by pressing the R button or use the L button for Sci to stun enemies. Sci can grab objects with the ZR button, which will come in handy when trying to reach new areas. You can dive into the White Dimension with the ZL button so that you can solve the more intricate puzzles you’ll find by exploring the ruins of an ancient civilization. These abilities will unlock as you progress through the game. If you need a hint, press the X button, and Sci will help, as long as you have an apple to share.


Skills can be checked with the – button. This will give you access to the game’s skill tree, where you will be able to check the main skills you’ve unlocked so far, as well as the many upgrades you can unlock for Néro and Sci by spending the glowing light coins you’ll collect. After completing each stage, you’ll also get some light coins as a bonus based on your performance, so the more Synapsians you find and talk to, and the better you are at solving the puzzles without using hints, the bigger your bonus. You could, for example, increase Néro’s speed, boost his attack power, make it possible for Néro to hit enemies or objects with his slide, or make it possible for Sci to inflate a bit more – and remain in said state for a bit longer – once you’ve managed to unlock that ability. 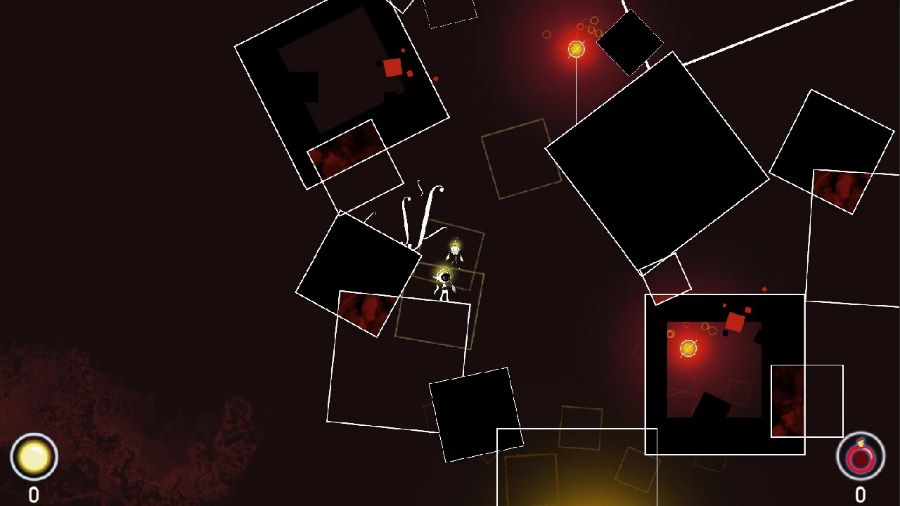 To give you an idea of what types of puzzles you’ll run into, I’ll talk a bit about the first two puzzles you’ll find during your journey. Just after unlocking the White Dimension ability, you’ll find four levers. If you press the ZL button and dive into the White Dimension, you’ll notice a number with four digits on the right side of the screen. Each of the levers will also display a number on top of them, so if you follow the order of the digits for the number on the right side of the screen, you’ll be able to open the door.

Another puzzle will require that you complete a short equation in order for the total to be 36 so that you can open the purple door that is blocking your progress. The numbers at your disposal are 6, 2, and 4. By hitting the three levers on the platform above the numbers, you can change the equation – and its result – by adding or removing parenthesis that will change the way the equation is formed. 6 times 2 plus 4 does not equal 36, but if you activate one lever and deactivate another one, you could end up with the right solution: 6 x (2+4)! The difficulty for subsequent equations and math problems will only continue to increase, so you better be ready!


Now, let’s talk about the issues with the game. There are a lot of typos and grammar mistakes here and there in the text – which could have benefited from some extra editing. The speech bubbles for the characters are also set to a specific size, which means that when they don’t have much to say, the text is easy to read. But when they are a bit more verbose, the text ends up being too tiny. There’s also the whole math and logic angle for the game, which is going to make many gamers skip this experience. 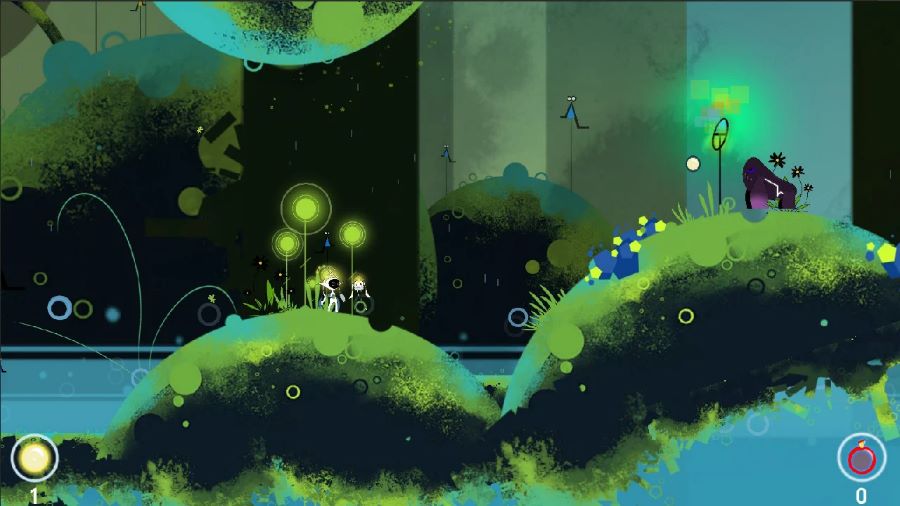 But if you can get past that, you’ll find a fun puzzle platformer with an interesting art style and lots of math and logic puzzles to solve. It’s not perfect, and it’s not going to be for everyone, but it’s a good effort from Souris-Lab and Tesura Games. A Tale of Synapse: The Chaos Theories is out on Nintendo Switch with a $17.99 asking price.

Disclaimer
This A Tale of Synapse: The Chaos Theories review is based on a Nintendo Switch copy provided by Tesura Games.