[Beyond PlayStation] ENDER LILIES: Quietus of the Knights Review

Get sucked into a world where you are helpless and need to rely on purified spirits to help you make it through the Dark Land. Check our ENDER LILIES: Quietus of the Knights review!


” “ENDER LILIES”” is a dark fantasy 2D action RPG that sees the players try to unravel the mystery of the kingdom destroyed by the'” “Rain of Death.””

Players will journey through the sprawling and hauntedly beautiful locations of “”Land’s End,”” including a submerged forest, a sealed-off contaminated underground cavern, and a grand castle.

In the many places you will visit on this sorrowful adventure, formidable bosses await that will gladly claim your life given even the slightest chance. Defeat these powerful foes and release them from their unending curse to turn them into allies.

Overcome the challenges before you and search for the truth with powerful knights at your side.


ENDER LILIES: Quietus of the Knights is a new Metroidvania with some Souls-like elements. We have recently seen a surge of Metroidvanias releases, especially on Nintendo Switch, so it takes something special to set them apart. ENDER LILIES: Quietus of the Knights Review finds that special something as the main character is so different than traditional characters of the genre. Lily, a priestess, wakes up and finds herself in this dark world. She has no abilities on her own besides moving, jumping, and dodging. However, a character named the Umbra Knight joins her as a spirit she can summon, and he’ll allow you to attack at will. As you progress further in the game, you’ll be able to add more spirits to your collection by purifying them – which also includes bosses! 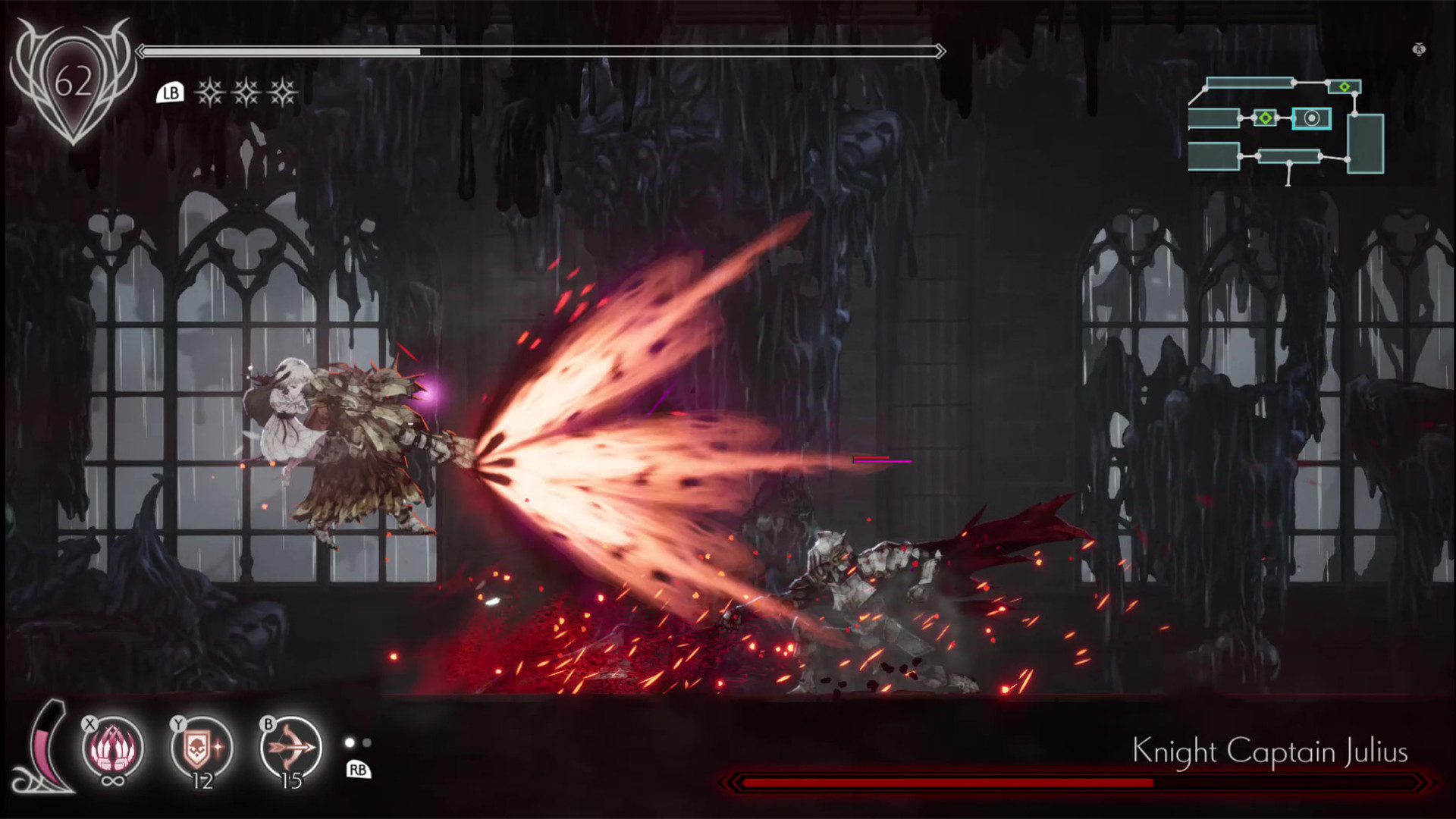 Soon you’ll be mapping these to the face buttons and creating different combinations for them to work to your advantage. Once you get a good feel for the spirit system, it really opens up the game so that you can tailor your experience based on your playing style. You can quickly switch your loadout between two sets of skills. You’ll also gain other abilities, such as a double jump, which will allow you to gain access to new areas. And, as a Metroidvania, there is a ton of space to explore. There is a great in-game mapping system that keeps track of where you have been, making it easy to backtrack, as well as fast travel points to get back to certain parts of the world in a blink.

I think what caught me off guard was the difficulty of the game. It’s not an issue at the start of the game since combat is easy to pick up. But as you progress further in the game, more enemies come at you, and you must make sure to land every single attack, or you’ll end up dead. Lily isn’t the most mobile game hero I’ve ever played as, and the cooldowns on certain spirits abilities would sometimes put me at a disadvantage. Thankfully ENDER LILIES does something smart by keeping your progress by keeping doors opened and puzzles solved in the environment so that you can keep going right away. 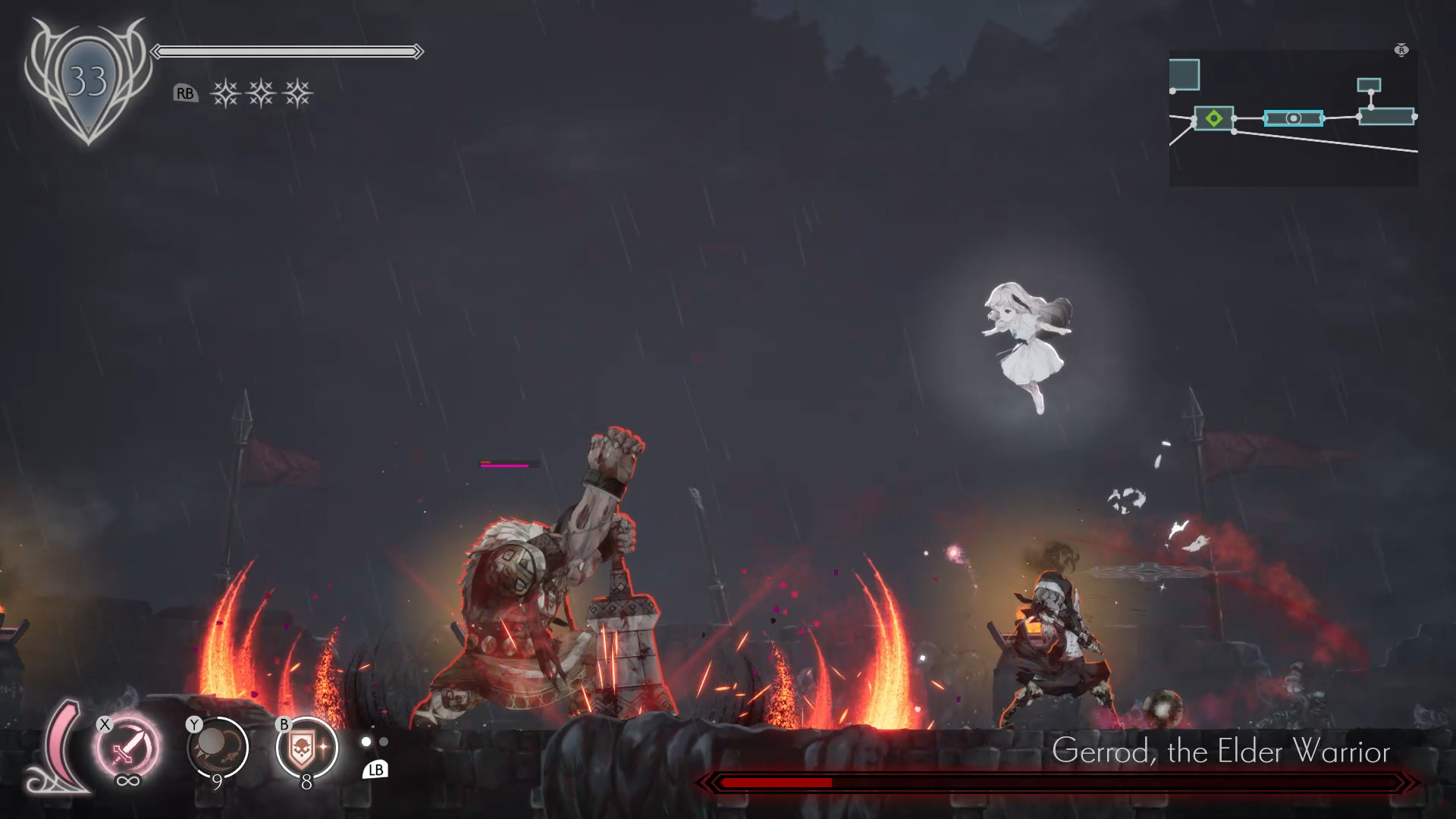 I will say on the Nintendo Switch, there were some moments when the framerate dropped. It’s a shame as this is the type of game where dropped frames can mess you up in combat, and it’s not ideal. I got used to it and was able to react accordingly during specific areas where I noticed this was a constant, but it didn’t get in the way of the overall experience.

Artistically ENDER LILLIES is beautiful, featuring hand-drawn characters and locations. It’s visually stunning, one of the prettiest games I’ve played this year. There is a darkness to the world, though, giving me vibes from titles like Hollow Knight and the long-running Castlevania series. It has a gothic feel, and it creates this really unique world for exploring, and you want to see every corner of it. Adding to that, the score is top-notch, really fitting the world. I could see this soundtrack added to lots of gamer’s music collections for further listening. 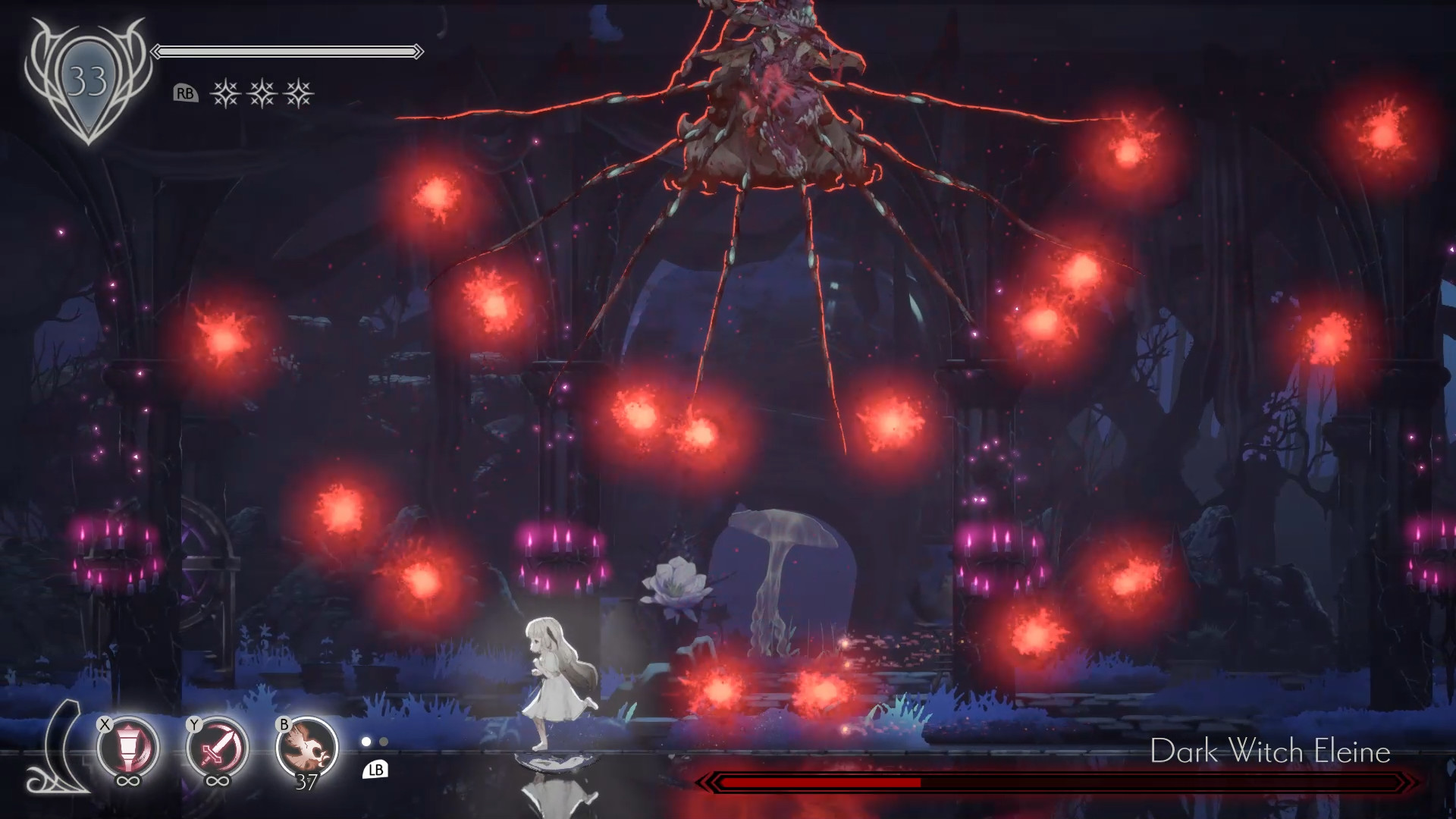 ENDER LILIES: Quietus of the Knights caught me off guard. I hadn’t heard about it until I started to play it for this review, but once I started, it really clicked with me. It’s a smart Metroidvania, using the spirits to really let you shape how you want to play it. The beautiful world and characters are a huge plus as well. My only complaint would be the hit to the framerate, especially if you can’t quickly react to counter this during big fights. This is not a deal-breaker, and ENDER LILIES: Quietus of the Knights is still a Metroidvania that stands out on Nintendo Switch.

Disclaimer
This ENDER LILIES: Quietus of the Knights review is based on a Nintendo Switch copy provided by Binary Haze Interactive.