Sable’s Grimoire is a Rated M for Mature visual novel from Zetsubou and Gamuzumi in which you enroll in a fantasy academy where friendship and romance await. Check our Sable’s Grimoire review!

In Rated M for Mature visual novel Sable’s Grimoire from Zetsubou and Gamuzumi, you play as titular character Sable, a human who ends up enrolling in a fantasy academy where friendship and romance awaits. You’ll be quickly drawn into the lives of the many demi-human classmates you’ll get to interact with, leading you down different story paths that will allow you to reach one of the game’s many good and bad endings based on your choices – so, you know, a visual novel with a mythical twist. 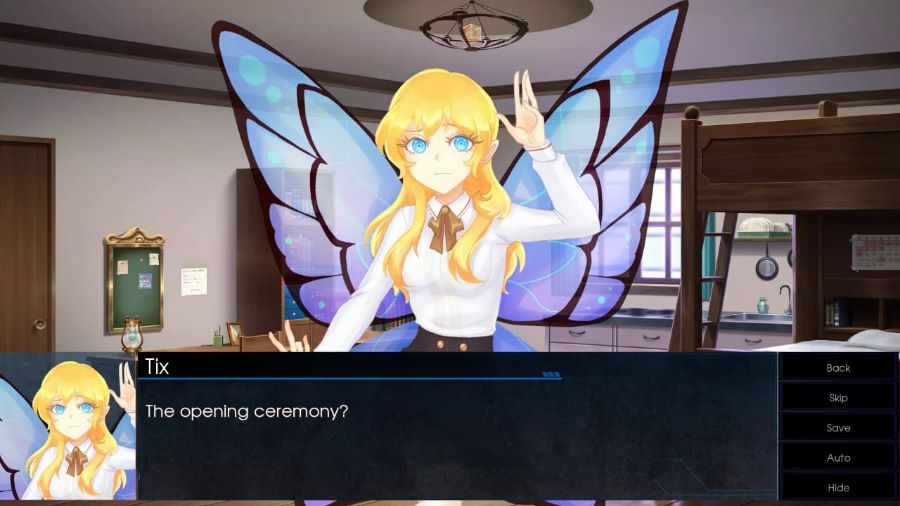 During your time with Sable’s Grimoire, you’ll get to meet and potentially romance Drakan, Tix, Lisha, Eth, Jorou, and Rei. Along with them for the ride are other characters that will play a part in how the story develops but who are not part of the group of ladies that Sable can end up together with – or torn to pieces by. They are Principal Ein, homeroom reacher succubus Eris, 1st-year students Hel and Narm, demi-human Hira, 4th-year student Kokori, medusa Meara, nurse Raphael (who happens to be an angel), and Nidhogg, Drakan’s mother. 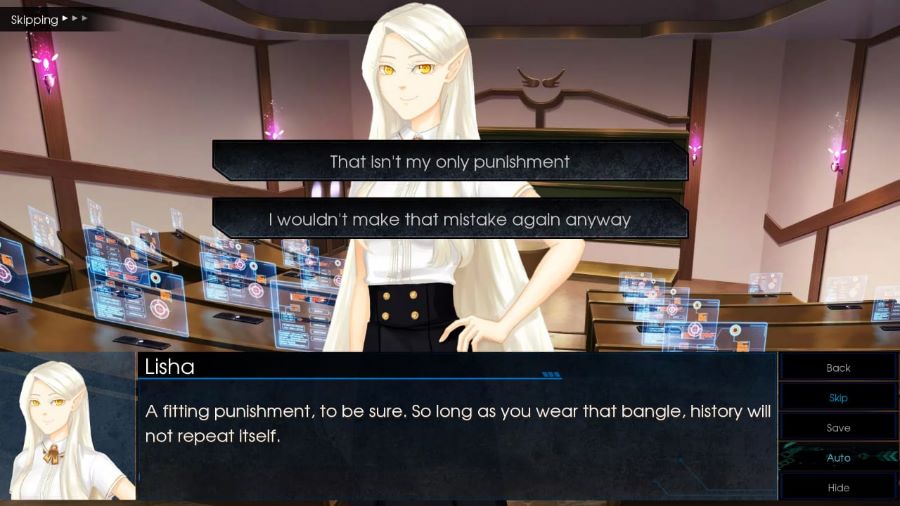 Gameplay-wise, you know how it goes: you’re going to be reading. A lot. This is a game that does the genre’s name justice since you’re going to spend hours reading lots of text in order to be able to see every single one of the five possible main story routes. There are many choices to make along the way, so you won’t be able to see everything during a single run if you want to experience all dialogue exchanges and get to learn more about all characters in Sable’s Grimoire. 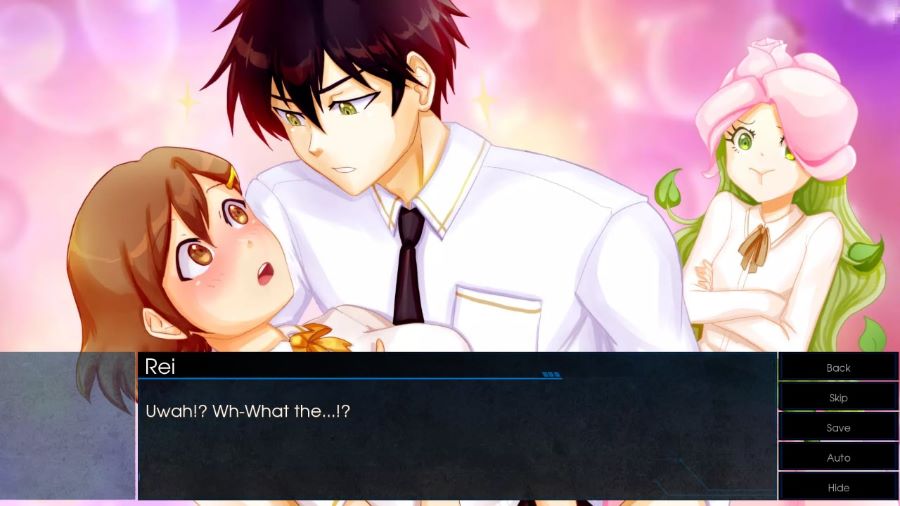 As for the game’s trophies, Sable’s Grimoire has a full trophy list with a Platinum trophy waiting for you. Since it’s a visual novel, lots of the trophies are tied to getting the different endings that the game has to offer, while others will unlock as you progress through the story by playing on specific story paths. What this means is that, unless you want to replay the whole game several times, you’ll need to do some save management to do it in one go. Trophy hunters can check the Sable’s Grimoire Trophy Guide.

If you’re a fan of visual moves with a mythical twist, then Sable’s Grimoire is going to scratch that itch. It offers a lot of content, six main characters you can romance, and five main story paths, with thousands of words of dialogue to experience. And as bonuses, there’s are Gallery and Music sections for you to check out all the CGs you’ve unlocked, as well as all of the 33 music tracks in the game. There are 12 pages of CGs to check out, but you’ll first have to find all of the endings in Sable’s Grimoire and complete all story routes before you can gain access to all CGs. Sable’s Grimoire is out on PS4 with a $14.99 price. 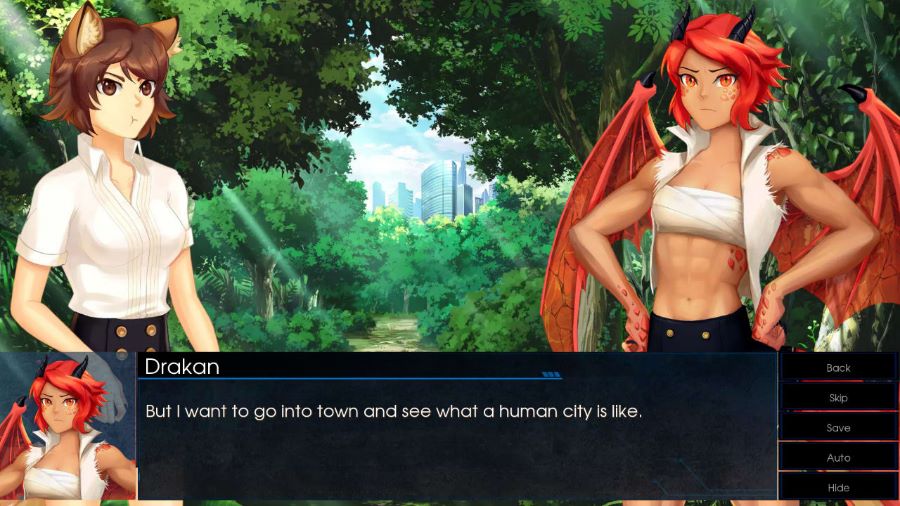 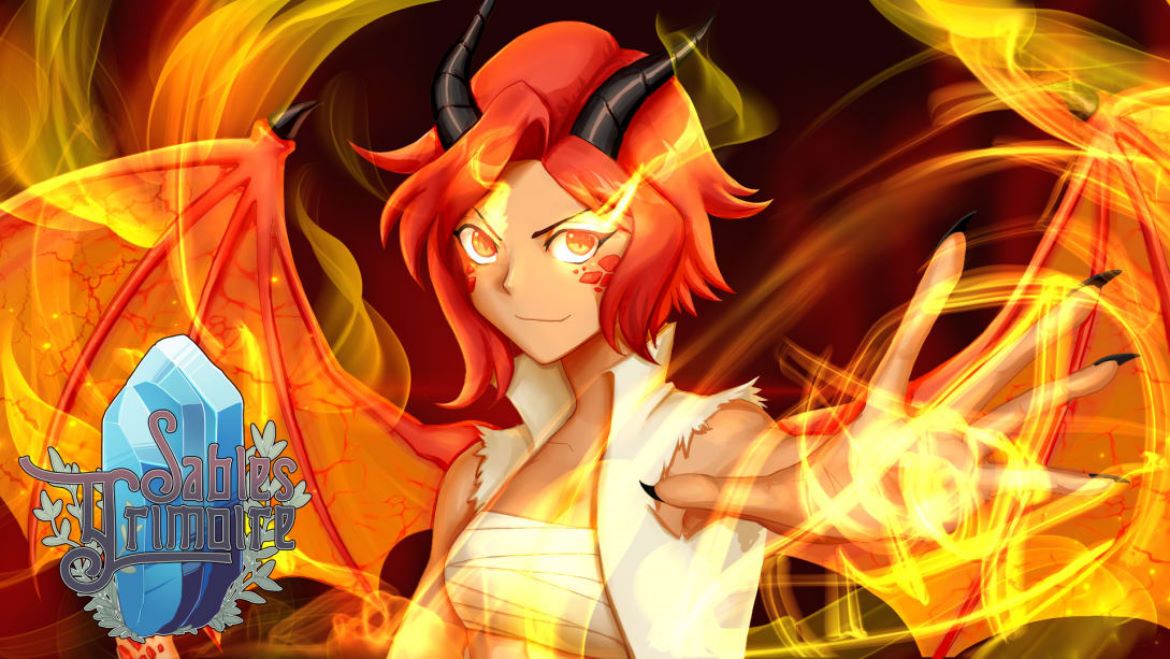 A fun visual novel with a mythical twist

Disclaimer
This Sable’s Grimoire review is based on a PlayStation 4 copy provided by Gamuzumi.

Doki Doki Literature Club Plus! Out Next Week