Our two policemen are charming tough guy antiheroes who hate criminals, and together they’re shooting to make a difference in their community.
Blast ammo or toss grenades at hoodlum punks, and take down the head honchos of the syndicates terrorizing these streets.

Donuts’n’Justice is a 2D arcade-style shoot ’em up game that was released on PC back in 2016. It’s now been ported to the PlayStation 4 and PlayStation 5. As you begin, you have a choice between one of two main characters, and you can select the one you prefer since this doesn’t affect the story, nor do they have different abilities. As for the difficulty settings, they are Easy, Normal, and Chuck Norris.


As for the gameplay, you move your character with the left analog stick, and you can fire in front of you with the Circle button and fire behind you with the X button. This makes it possible for you to attack all around you as you try to stay alive, killing all of the bad guys that are closing in on you. This is a very intuitive way of playing, and it’s a great way of controlling your character, making it easy to survive in the Normal difficulty setting. 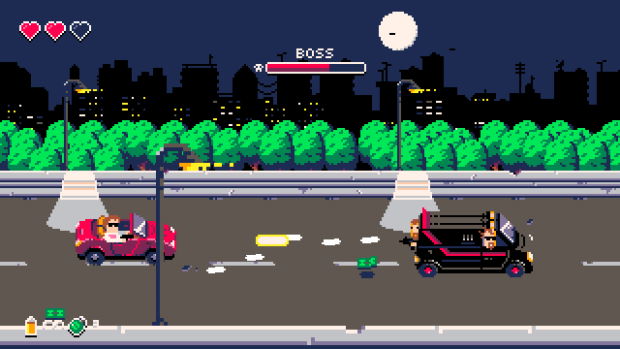 In each level, you’ll advance automatically and will be attacked by groups of bad guys. You’ll have to fire at them while avoiding the civilians that can end up caught in the crossfire. The enemies drop a lot of loot, namely new weapons, donuts to heal your wounds, or cash. The pink donuts are useful since they will recover your lost health so that you can make it to the end and battle the boss. There are also smelly green donuts that will make you dizzy, but at least this also slows down enemies and projectiles. As for the money they drop, it can be used to purchase cosmetic gear for your characters.


Each of the five levels that the game will have a different setting: old town, Chinatown, a subway, and more. As mentioned before, at the end of a level, there will be a boss to fight. Each one will have a different movement and attack pattern, and they were fun to battle. The difficulty vas varying, but the first two bosses did feel a bit harder than the others, with the last boss being the easiest one of the lot. 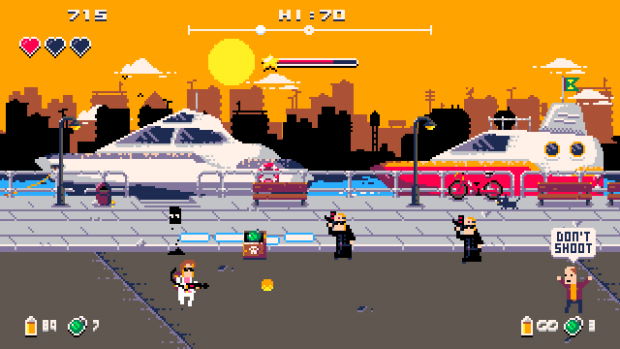 On the trophies side, there are two Silver trophies, eleven Gold trophies, and a Platinum. Most trophies are awarded for completing the short five levels and beating their bosses, with another trophy for buying an item for your character. It’s a short trophy list that you can complete in less than an hour, which is going to please trophy hunters. The game is a cross-buy release, with separate lists for the PlayStation 4 and the PlayStation 5 versions of the game, so if you own a PS5, you can quickly get two Platinum trophies. 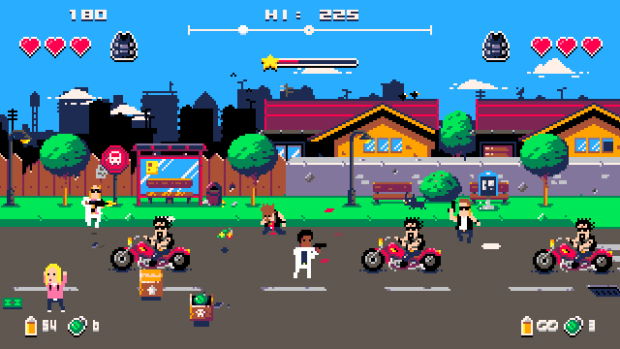 Donuts’n’Justice is a short arcade-style game that delivers in giving us a fun shoot ’em up. I liked the game’s presentation and gameplay and would have liked it to be a bit longer.

If you need help going through this game, here’s a Trophy Guide that can help you:

Disclaimer
This Donuts’n’Justice review is based on a PlayStation 5 copy provided by Ratalaika Games.