A top-down adventure game in a coloring book world full of vibrant characters. Use painting powers to explore, solve puzzles, make friends, and draw on anything! From creators on Wandersong + Celeste.

After a successful Kickstarter campaign in which Greg Lobanov and his team raised nearly three times the initial main goal, the new coloring book-like adventure Chicory is finally out on PlayStation 4 and PlayStation 5. I was personally very excited about this title since Greg’s previous game – Wandersong – is still, to this day, the best indie game I played in the last decade. As you can imagine, my expectations were sky-high when this new game was announced!

Every color is gone, and now the world looks like a monochromatic coloring book. Luckily, the Wielder has the power to bring color back. However, Chicory, the Wielder, is missing, and her lifelong friend – you, a dog – decides to take her magical brush and go on a quest that will go way beyond bringing her brush back. 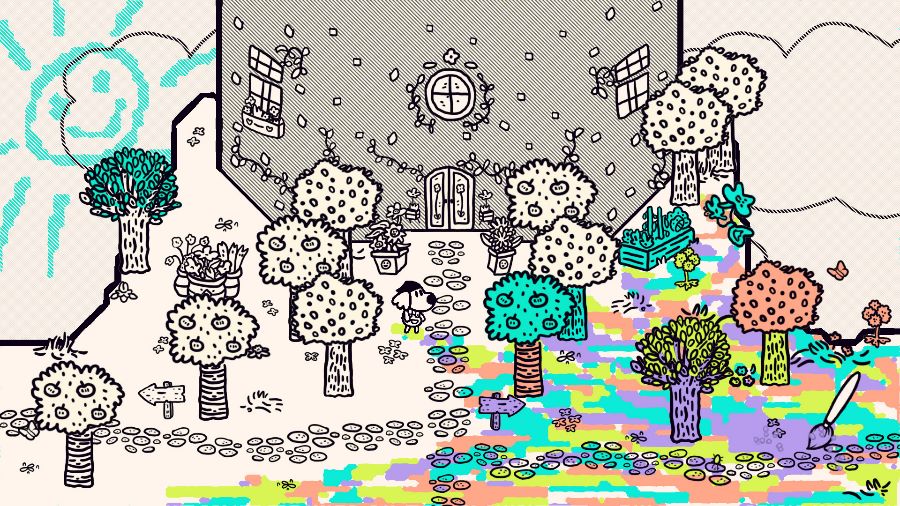 Chicory: A Colorful Tale is presented in a way similar to the beloved The Legend of Zelda: A Link To The Past, where you move from screen to screen in the overworld and explore dungeons. As you progress through the game, you can reach places that were previously inaccessible thanks to new abilities you gain access to. While Wandersong was more of a linear experience, while Chicory is a more open adventure. Since there are many places to explore, I did get lost more than once because I hadn’t noticed a hidden path on the edge of the screen, so keep your eyes peeled for those!


One of the things that are superb about this adventure is how the actual world can be painted. You can cosmetically color every scene or character of the world, and I was amazed to see that the game saves every paint trait, and the color will persist until the end of the game. Paint a random house as you’re beginning the game, and that house will be colored the same way when you revisit it. The game’s puzzles also use paint, and you’ll unlock new powers (and paint patterns) as you progress, thus unlocking new zones of the world! 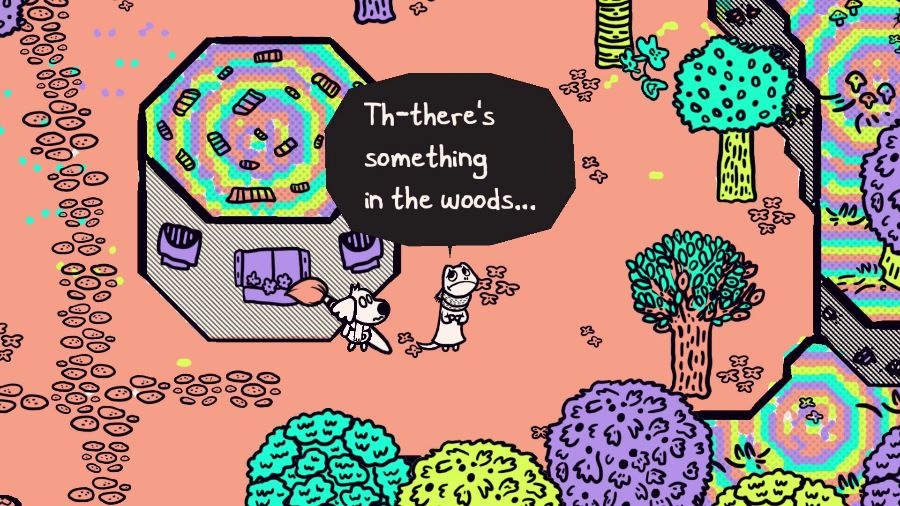 Chicory: A Colorful Tale also supports cooperative local multiplayer. My eleven-year-old daughter loved taking the second controller and painting roughly everything while I was busy trying to wrap my head around a puzzle. I loved how she could join and leave at any time. And since painting is a very natural action, this game is very kid-friendly.

Speaking of the puzzles, I loved the clever hint system. Once you find a phone booth, you can call your mother. She’ll give you the general direction of your next goal. Then your father will want to speak with you. If you accept, he’ll tell you the exact thing to do. I liked how this hint system was presented, and it represents the care that went into making this game. 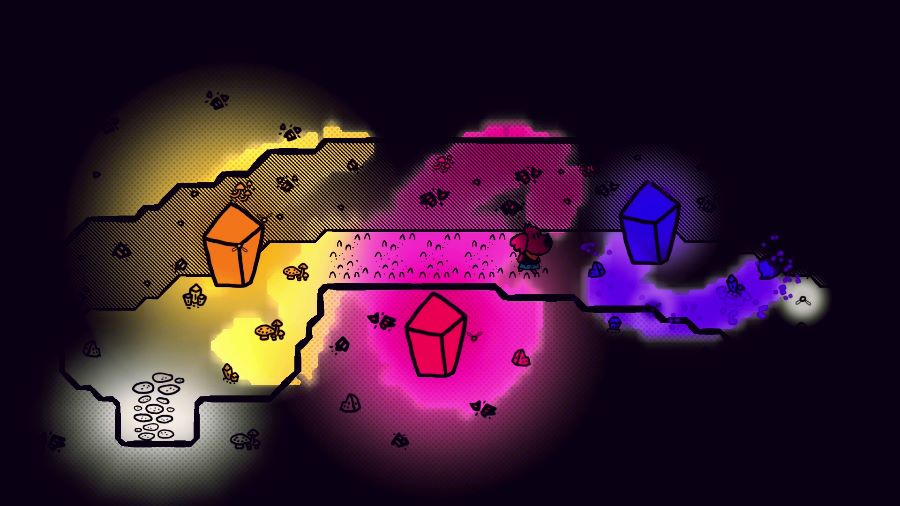 You can buy Chicory on PlayStation 4 and get the PlayStation 5 version included as a cross-buy release. Although it doesn’t make the best use of what the DualSense has to offer, I did like how painting on different objects made the controller vibrate in a different way. There’s also sound emitted from the controller speaker, which is a feature I really enjoyed.


As for the game’s presentation, it is great. Every location and character is unique, and I liked coloring the world – or watching my daughter do it -. The soundtrack is once again amazing and was composed by Lena Raine. It can be listened to, or purchased, on Bandcamp.

On the trophies side, this game has a full trophy list containing twenty Bronze trophies, Seven Silver trophies, Six Gold trophies, and a Platinum. They are awarded for progressing through the game’s story and for finding all of the hidden collectibles. The PlayStation 4 and PlayStation 5 trophy lists are also separate, so you can get two Platinum trophies for your purchase of Chicory on PlayStation 4 or PlayStation 5 and get the other version at no extra cost! 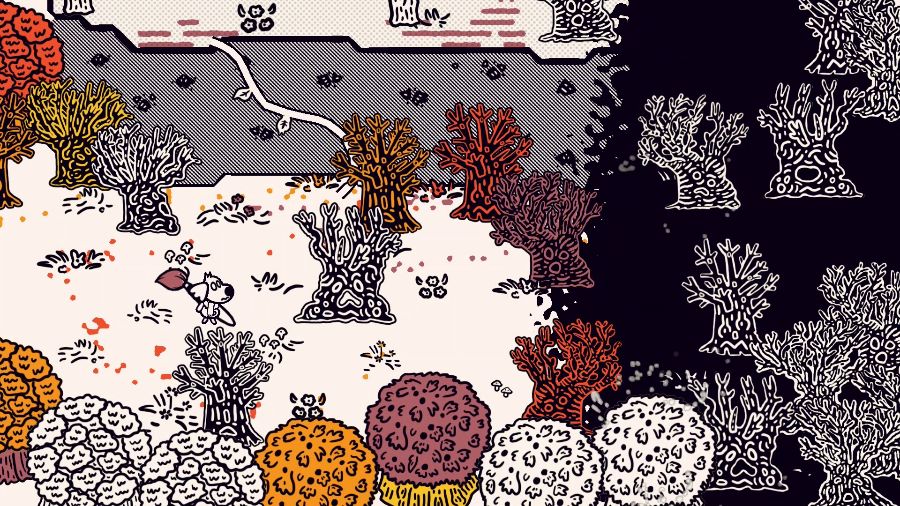 Chicory: A Colorful Tale is an impressive release that features a nice story, cute characters, and great locations, all in a fully paintable canvas. I liked the soundtrack and the gameplay mechanics and definitively recommend this game to players looking for a kid-friendly adventure on PlayStation 4 and PlayStation 5 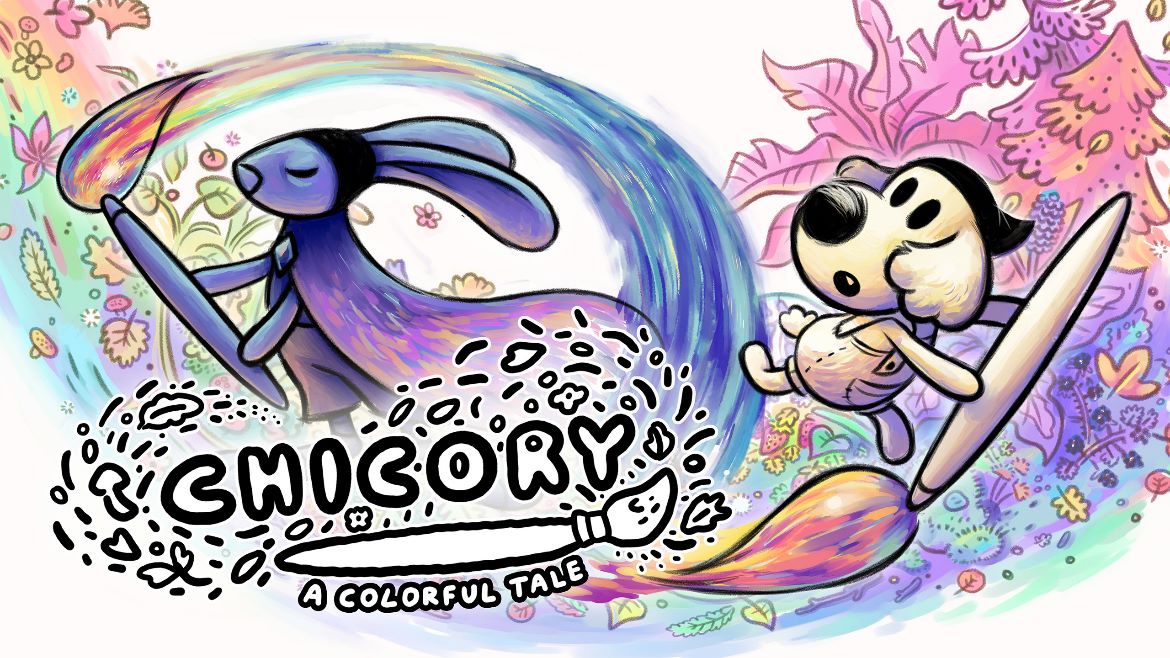