QUByte Interactive and 2ndBoss have released a very fun 2D action platformer on PS4 with a spooky twist. Check our Savage Halloween review!


In a world where every other indie game is a retro arcade action Contra-esque platformer, you can be forgiven for being dismissive when the next game comes out of the factory line. But when a game is as perfectly crafted and executed as Savage Halloween from Qubyte Games, you have no choice but to sit up and pay attention. 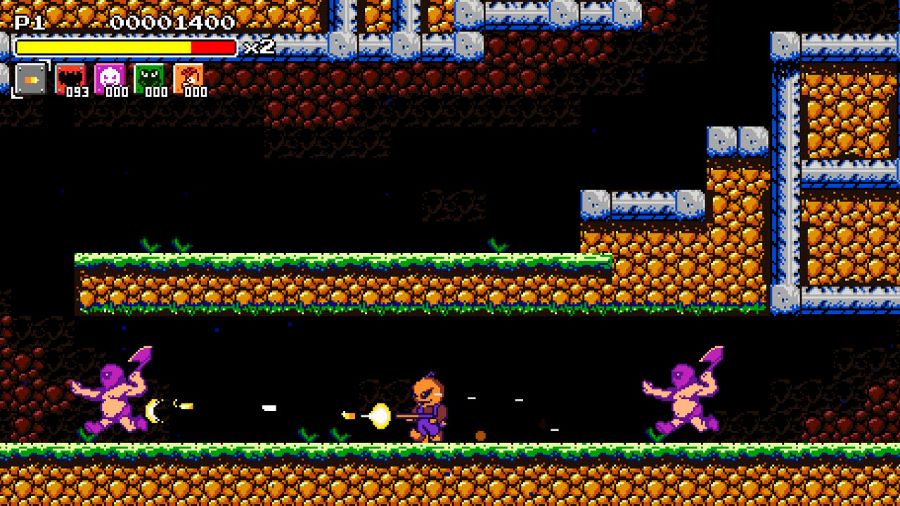 If Savage Halloween is to be believed, the creatures of nightmare and horror are all from another dimension – most likely hell. For 24 hours during Halloween, they are allowed to come to ours to party, relax, and generally have a good time. But once those 24 hours are up, they have to go back home. After a while, they begin to tire of this deal and decide that 24 hours is not enough to unwind, so they look for a way to make sure the party never ends, resulting in them taking over Earth. Two creatures, James (a pumpkin man), Dominika (a vampire), and their pet dog/werewolf Lulu, decide to take a stand against the horde so that they can all just go home.

Choosing any one of the three heroes grants you access to their own unique stats and specials. All three ultimately feel the same, with the exception of Dominika, who seems to have access to some very useful abilities, such as a triple jump – in comparison to her teammate’s double jump – as well as an ability to glide, which can prove to be handy during boss battles.


Regardless of whom you choose, whether in single-player or two-player couch co-op, you are given a diverse array of weapons and plenty of ammo for you to try each one of them. But like any game of this type, you will end up sticking to your favorites, and for me, the starting pistol and the shotgun were more than enough to take care of most levels. For me, the majority of the special weapons, such as the frog cannon and the sticky chicken mine, did not feel good enough when compared to the simple but powerful pistol and the mighty shotgun. 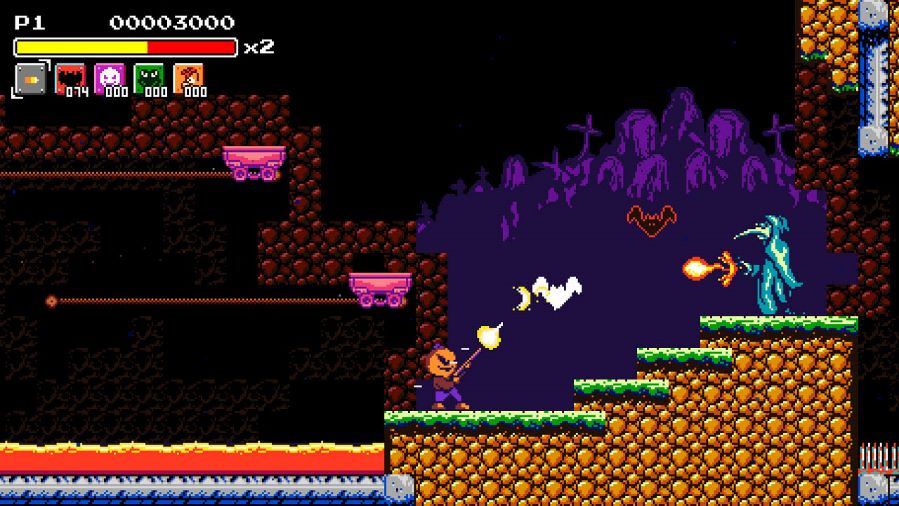 Regardless of which character/weapons combination you opt to use, the game design will have you coming back for more. There are seven stages in total themed around different tropes and archetypes of Halloween – e.g., a witch, zombies, and so on. The seven stages each contain around six sections within them. Each stage is structured in a way that encourages you to keep pressing forward just to see what is around the next corner, and the game almost always doesn’t disappoint.

Whilst the game might fall under the Contra-esque bullet hell of yesterday, it never truly feels unfair, even when playing in single-player. I am no fan of platformers, especially ones that require you to shoot a bevy of enemies just to progress, so I opted to play under the normal difficulty rather than the hardcore one, and I strangely enjoyed all of my time with this one.


One thing that normally puts me off platformers, especially ones that try to ape the style of classic video games in the genre, is that they are often imprecise in how they handle jumps. The good news is that in Savage Halloween, that is not an issue. The platforming here is tight and precise. Should you make a mistake, it often is because you made a mistake or were just unlucky. At no point did I feel the game was being unfair, even in some of the levels where the game mixes things up a bit by turning into a side-scrolling shooter or a “mad dash” style game. 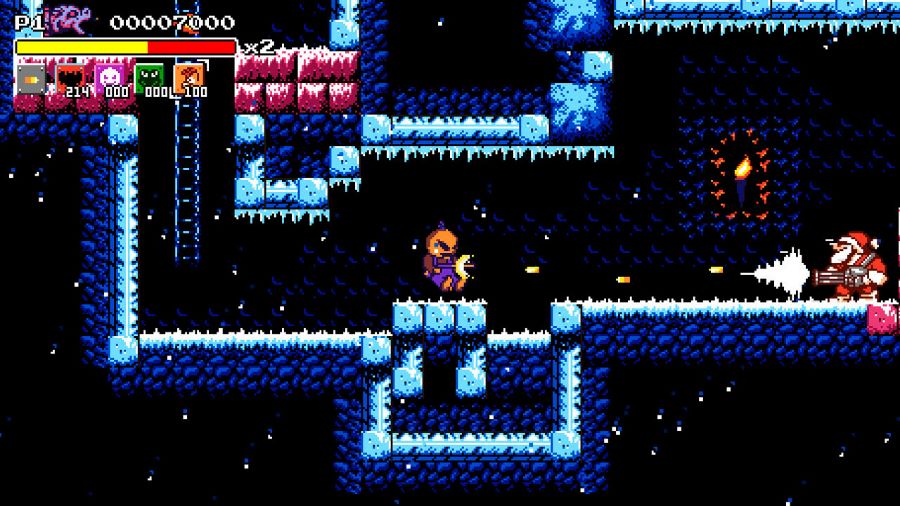 Everything in the game just feels intuitive and makes sense, especially when it comes to the controls. Using L1/R1 buttons, you can scroll between weapons. You can press the X to jump and the Square/R2 buttons to shoot. The left analog stick and the D-Pad is used to move and aim, which L2 allows you to stand still, aim, and shoot. As you progress, the controls feel second nature to you, even though you can only shoot in eight directions instead of in full 360°, but this is a design choice that, in the end, does make sense.


That is what makes this game great as a complete package. A lot of thought and dedication went into the design, and the art style is excellent. Enemy variety is great, even when a lot of them are just palette swaps of previous ones. The variants, when placed in their new context, somehow manage to work very well. The boss fights are a joy to partake in, and whilst some of them can easily be cheesed to an embarrassing level, it still does not take away from how diverse and fun they are to figure out. 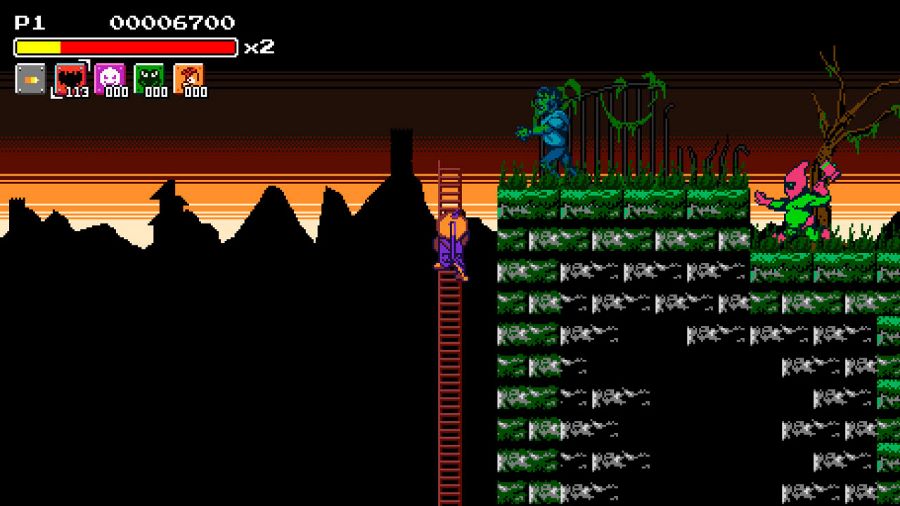 The soundtrack and audio design are also excellent, doing goes a great job at complementing the world and level designs. There are very few faults with the game, and it is a testament to the efforts of QUByte Games and 2ndBoss to give us such a polished final product. If you’re looking for a fun 2D action platformer with lots of enemies to shoot at while reminding you of games from classic gaming eras, then this is the one you need.

Disclaimer
This Savage Halloween review is based on a PlayStation 4 copy provided by QUByte Interactive.