-A New Fight on a Square Earth
A new EDF adventure begins! Only this time, the action unfolds in a parallel world where the Earth is made of digital blocks. This world has befallen into chaos, as the once peaceful square Earth has been shattered into pieces. Shape aside, it is an Earth nonetheless which needs to be defended. It is now up to the EDF to restore peace to the square planet.

-Assemble Your Own Team
The Earth has been shattered into pieces. EDF soldiers are fighting desperately on their own in various countries around the world. Rescue these soldiers to have them join you, and assemble your own unique team. Each mission can be attempted with up to 4 teammates. Switch among your teammates as you go, making use of each character’s unique traits which shall prove useful in battle at different times.

-Recruit Soldiers from Past EDF Games
Block versions of characters from every previous EDF release, from EDF1 (“Monster Attack”) to “Earth Defense Force 5,” and even the EDF spinoff releases, appear in the game. Also featured are a wide range of weapons and vehicles from past EDF releases. Series veterans will enjoy seeing these familiar characters and weapons, while those new to the series have the opportunity to be introduced to its rich history for the first time.

-Familiar Enemies
Enemies that invaded the Earth before make an appearance in this game, this time in block form.

-Online Co-Op
This game supports up to 4-player online co-op, with each player joining the battle using their own team.

-Story
In a parallel world where the Earth is made of blocks, evil has befallen the otherwise peaceful planet.

The Earth has been attacked by the Invaders, Ravagers, and Aggressors before…but the brave EDF soldiers have always joined together to defend the planet from these threats.

With the Earth shattered, EDF soldiers continue fighting on each of their pieces of the planet. But with no way to reach each other to deliver aid or food supplies, the planet remains in despair.

You must assume the role of Commander of the EDF and fight back. Find the EDF soldiers fighting around the planet, and begin a counteroffensive. Only a powerful team assembled by you can save our square Earth.


EARTH DEFENSE FORCE: WORLD BROTHERS is the latest entry in the long-running series. I’ve played a few of the Earth Defence Force games, and I’ve enjoyed them greatly since they’re really easy to pick up and play while blasting away hordes of giant insects or big giant monsters. At the same time, they are mostly mindless button mashers, so I have to be in the right headspace for them, but they definitely don’t stick with me for a long time. 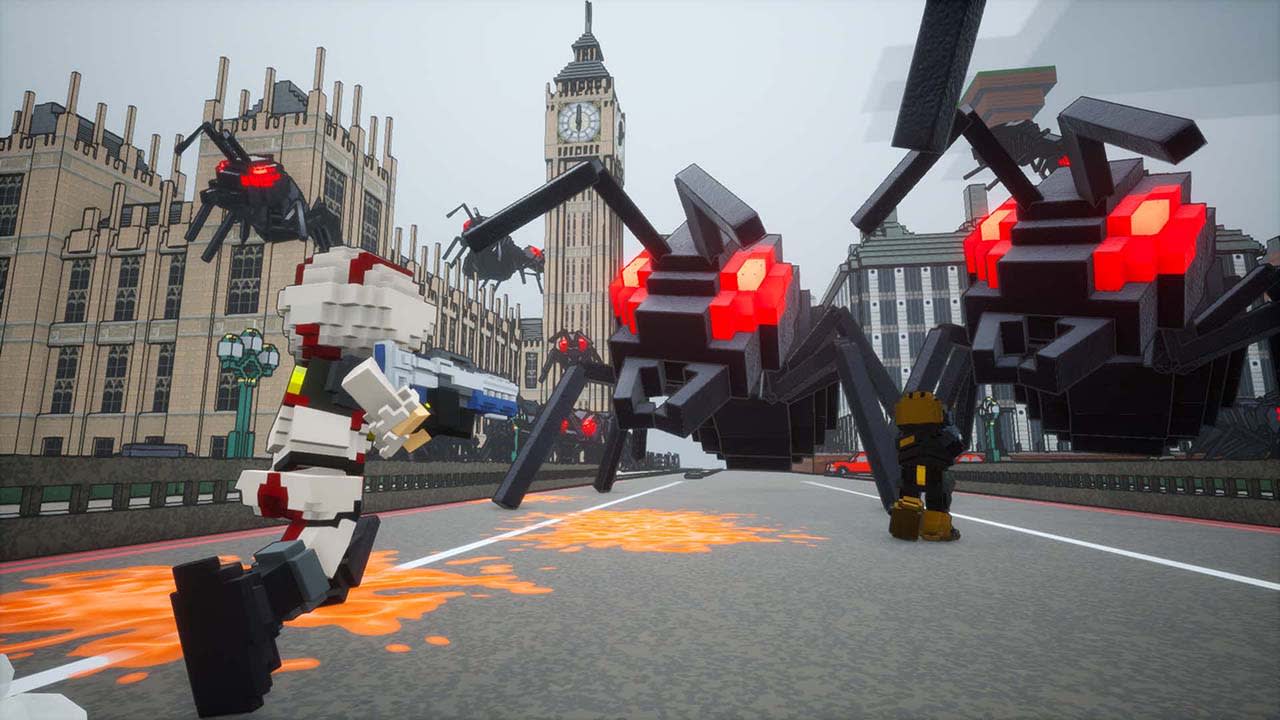 Having said that, when I got a review copy for EARTH DEFENSE FORCE: WORLD BROTHERS, I wasn’t sure I was in the right headspace for it, but after watching the game’s trailer, I fell in love with the voxel graphics that give this new entry in the long-running franchise a new twist. And then, after I started to play it, EARTH DEFENSE FORCE: WORLD BROTHERS quickly became my favorite game in the franchise.


At its heart, EDF is about you versus monsters and keeping the world safe, and this doesn’t change for EARTH DEFENSE FORCE: WORLD BROTHERS, but a few things do making this one the most accessible one in the series so far. There have always been different classes that you can fight as. While those are still here, you create a team of four members, allowing you to switch on the fly between party members using the D-Pad, which means that you can plan for almost any situation! Need to get some extra height? Then switch to a flying class and take on the enemies from a rooftop. Out of ammo and reloading? Just switch to another character to carry on. This makes for a fast-paced and fun experience. 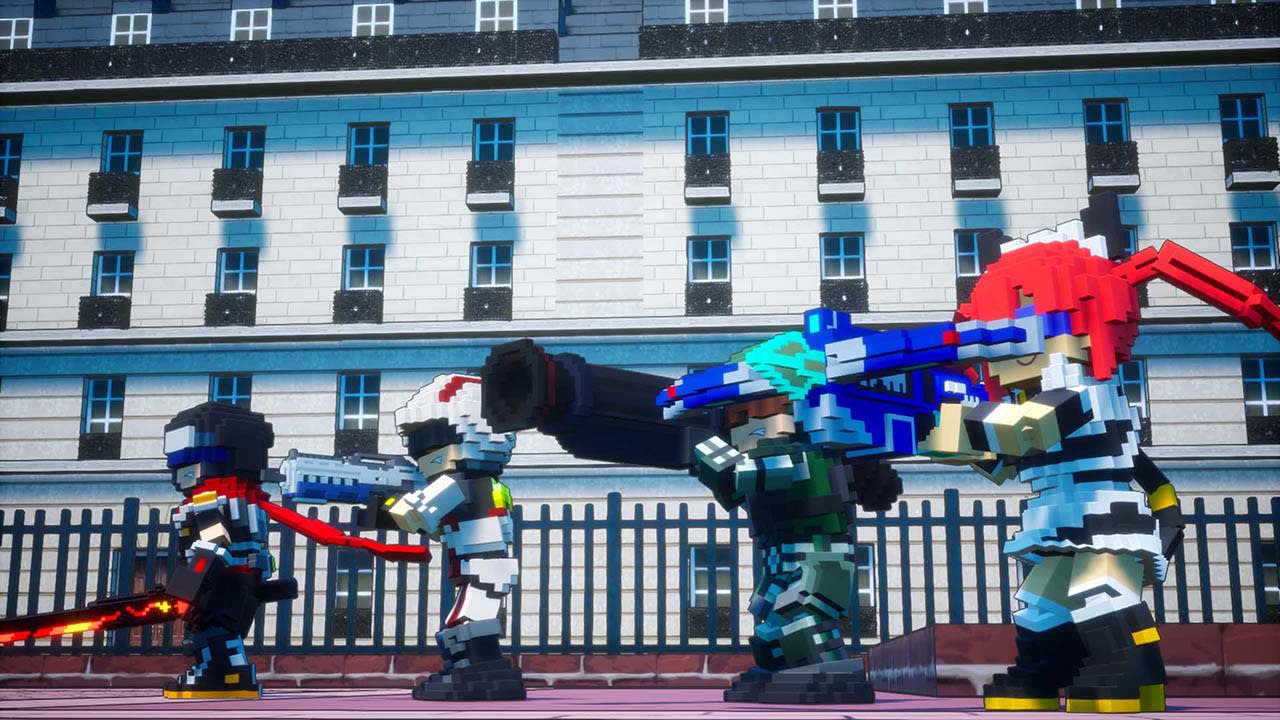 Instead of having ammo on them for their weapons and needing to pick it up, the team opted for a cooldown period while your gun reloads, which means you won’t have to worry about ammo items. In each area, there are also three World Brothers – or Sisters – that you can rescue, and they will join your team for further missions. I would start by checking each map and rescuing them so that I did not end up forgetting about rescuing them before beating a mission.

Each of the World Brothers you find feels different. They all seem to be based on regional stereotypes. Whether it’s a Queen’s Guard from Buckingham Palace, Marachi members, Spacemen with low-gravity jumping, people in bear costumes, cowboys, honestly, the list is endless. You’ll even find different colored variants of them with a different symbol beside their name, and they level up if you have multiple of the same Brother or Sister. Each of them feels different as well since they feature different weapons, abilities, and special moves. The spaceman has a weapon that fires three shots that spread out and then home-in on targets – which I loved. The original flyer I got has a stronger sniper weapon that does great damage, making him very useful after flying him to the top of a building so that I could take aim and fire away. 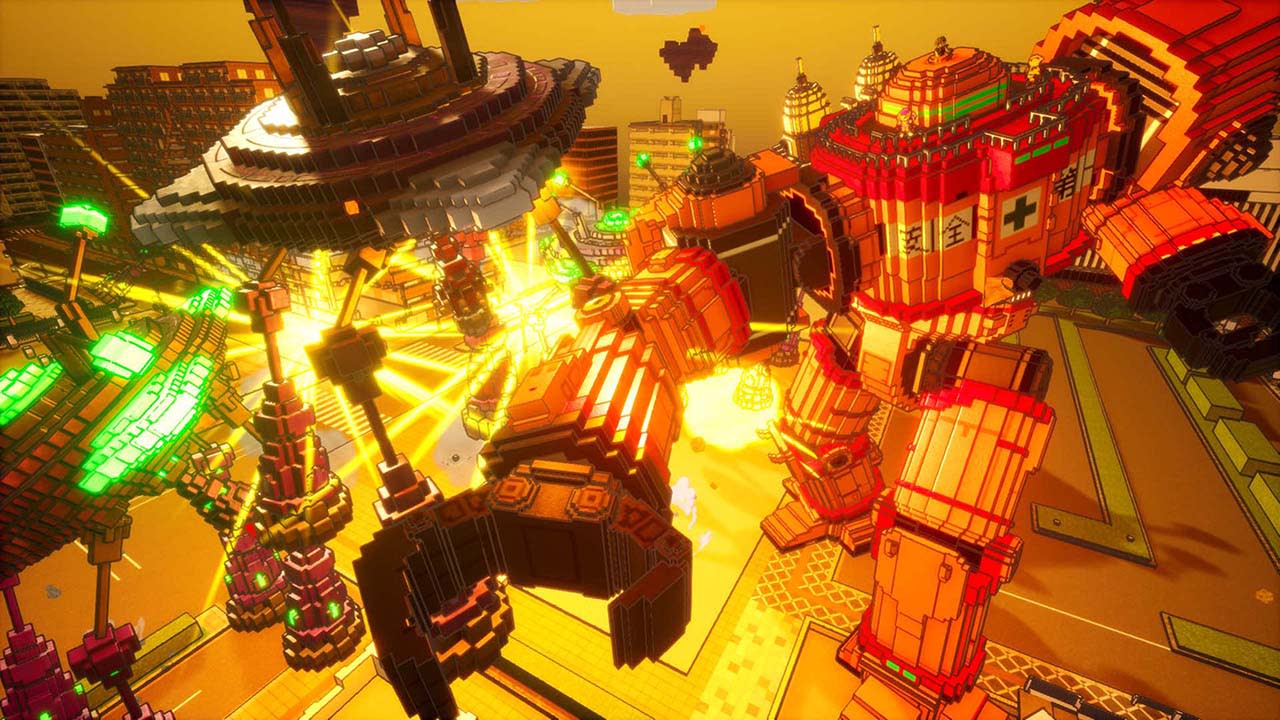 Visually, EARTH DEFENSE FORCE: WORLD BROTHERS is certainly a departure from prior games in the series. This one features voxel graphics, which will remind most of you of Minecraft. As for me, it reminded me of the excellent 3D Dot Game Heroes – seriously, why hasn’t this gem been ported to a newer generation? It’s an inspired choice, and it allows the team to not take the already lighthearted series as seriously. It plays into the story as well since Earth is a square and has been blown apart into different sections. Each of the areas you are in is literally pieces of the broken Earth that are destroyed when the game starts… and you can fall off their edges! Once you start beating the different bosses in the game, you’ll start to reconstruct Earth. To go along with the game’s look, they’ve also used English language voice actors for a ton of dialogue that is very silly, with some fourth-wall-breaking thrown in for measure.


A first for the series, though, was me playing co-op with one of my kids. This is not a game that would interest them, but they do love Minecraft, so they immediately took notice as I started to play. I tossed them one of my controllers, and we played in split-screen and had a great time. It was easy enough for them to pick up and play, and they enjoyed their time with it. I could actually see this being one of my son’s favorite couch co-op games going forward, so here’s hoping there are more entries like this one! 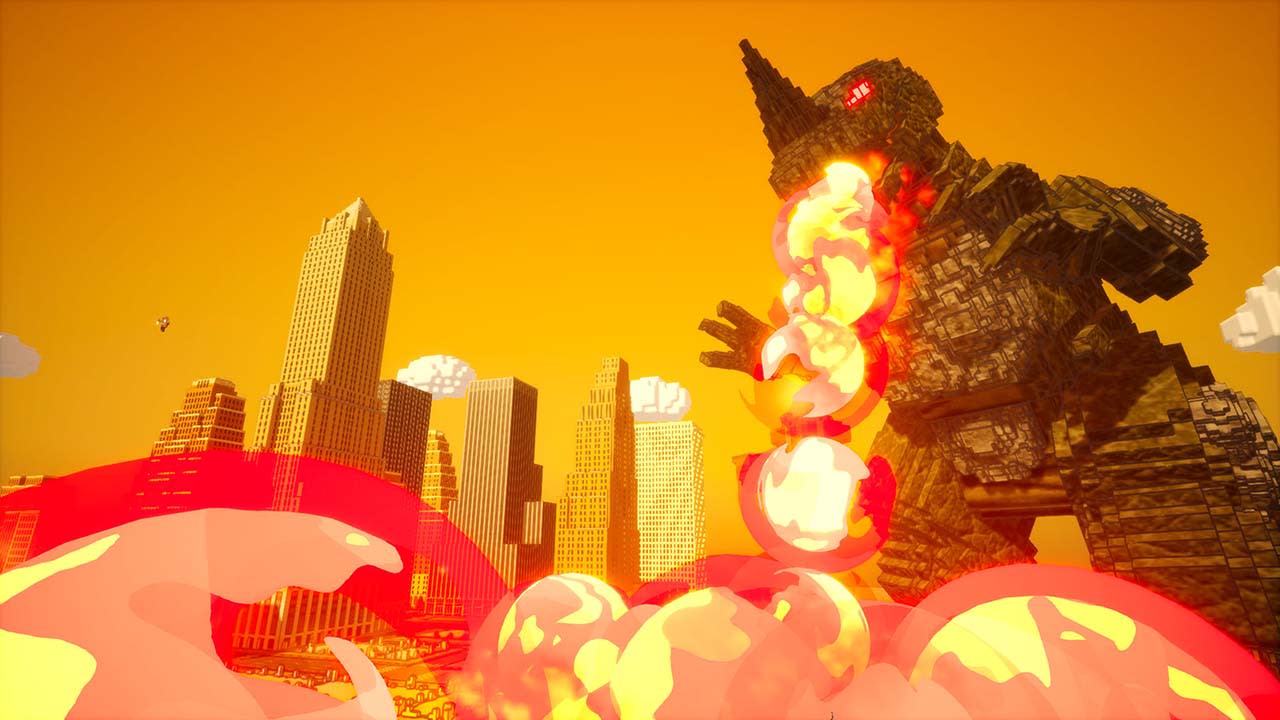 Disclaimer
This EARTH DEFENSE FORCE:WORLD BROTHERS review is based on a PlayStation 4 copy provided by D3PUBLISHER Inc.

The best and most engaging EDF I have played yet.