In Cosmic Top Secret from Klassefilm, Those Eyes, and Nakana.io, you’ll be taking on a bizarre adventure of espionage and the Cold War, told by way of a third-person platformer in which you’ll be collecting documents and data related to the events surrounding said period in history. You’ll be playing as Trine Laier – T – who is researching about her parents and their part in the Cold War as potential Danish intelligence agents – what we would colloquially call spies. You’ll learn about how messages were coded and decoded, what technology was used back in the day to try and stay one step ahead of other nations, and so on. 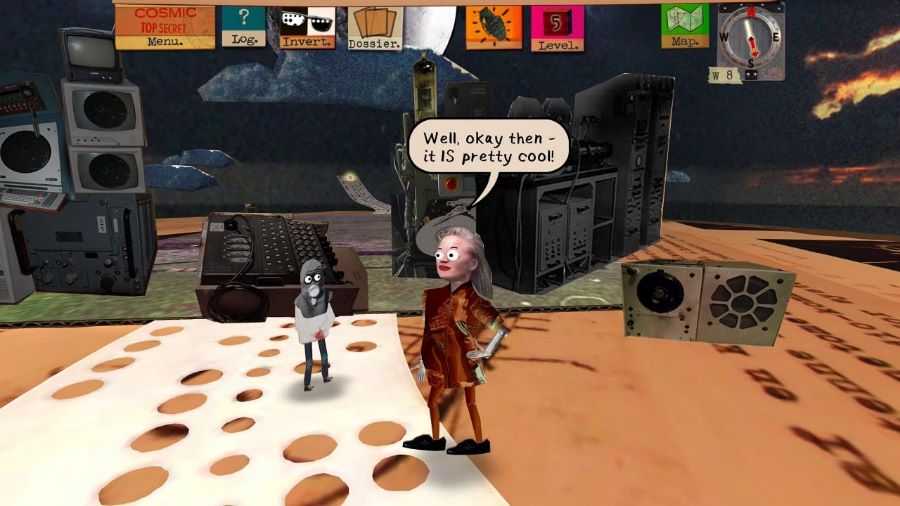 While Cosmic Top Secret certainly sounds like a video game name, it’s actually a real thing that exists! The term is used by NATO – the North Atlantic Treaty Organization – to establish its highest level of security classification, above NATO RESTRICTED, NATO CONFIDENTIAL, AND NATO SECRET. The game uses a cardboard cutout style for its characters, locations, and effects, which definitely helps it stand out on PlayStation 4. Once you grab all collectibles in a level or complete the objectives – such as marking checkpoints on a map – you’ll get to see a video of T interviewing her parent, which will show you what can and can’t be discussed. 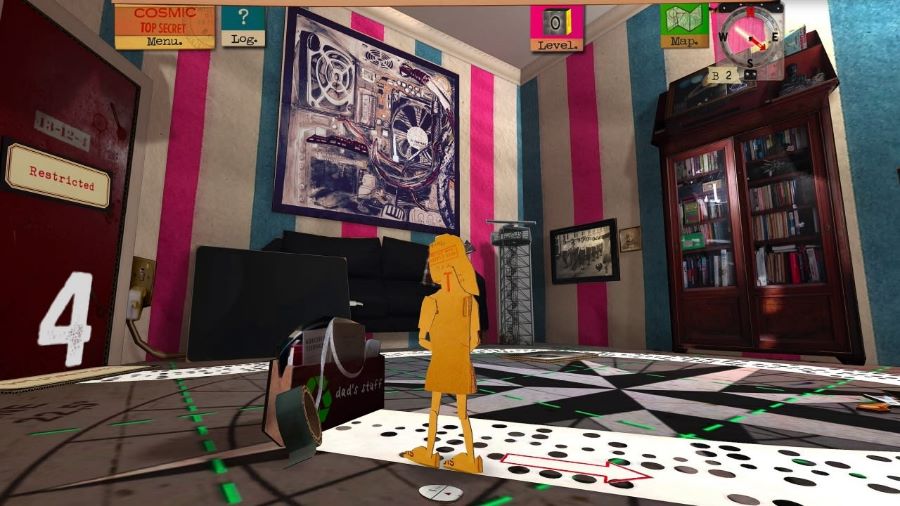 The trophy list for Cosmic Top Secret is a short one, but it does include a Platinum for you to add to your collection. The list is split into eleven Gold trophies and a single Silver trophy. Six of the trophies are tied to completing each of the levels in Cosmic Top Secret. You’ll get a quick trophy for checking your first dossier of information. After that, two will unlock for progressing through the game and completing a couple of training objectives. And then there’s a trophy for finding every piece of intelligence and each collectible type in the game. 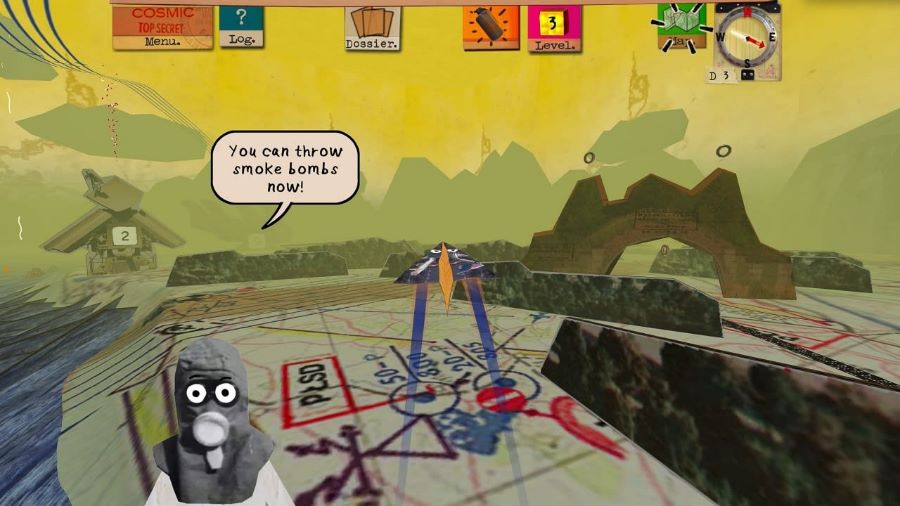 Cosmic Top Secret is a unique game that stands out on PlayStation 4. It has an interesting premise, offers lots of information on how things were done during a very important period in history, and it has an art style that does a good job of going along with the quirky setup. There are some control issues when the game’s camera refuses to move as you move from Point A to Point B, but that doesn’t get in the way of the overall experience. Cosmic Top Secret is out on PS4 with a $9.99 asking price.

Disclaimer
This Cosmic Top Secret review is based on a PlayStation 4 copy provided by Nakana.io.