Save your world from dying, or at least from dying again… as a weird rodent creature. Are you ready? Check our Biomutant review!

A plague is ruining the land and the Tree-of-Life is bleeding death from its roots. The Tribes stand divided. Explore a world in turmoil and define its fate – will you be its saviour or lead it to an even darker destiny?

KEY FEATURES
– Experience maximum freedom of movement while mixing shooting, melee and powers from your mutations
– Re-code your genetic structure to change the way you look and play with mutations like the Turtleform and Mucus Bubble
– Explore a vibrant open world by foot, mech, jet-ski, air-balloon or area unique mounts
– Mix and match parts to create your own unique slash, crush and pierce melee weapons, revolvers, rifles, shotguns and more
– A storyteller narrates every step of your journey, but it’s your actions and choices that’ll decide how your story of survival ends”

Biomutant is a really interesting game. The moment I saw it, it reminded me of the classic midtier games that THQ used to release on the PlayStation 2 – not quite AAA, but aiming to get there. Funnily enough, THQ Nordic is the publisher for Biomutant, which seems like a good fit since this is a game that will certainly remind you of the type of games we used to play during the PlayStation 2 era – and early in the PlayStation 3 era. I had high hopes for Biomutant, but did the game meet them? Let’s find out!

Biomutant takes place in a post-apocalyptic world in which animals have mutated into humanoid-style creatures and now rule the world. However, they are on the brink of another world-ending disaster. It’s now up to you, with whatever style of mutant you create, to save the world before there’s nothing left to save. This is a classic setup for a big adventure, so it’s a good fit for this action RPG. 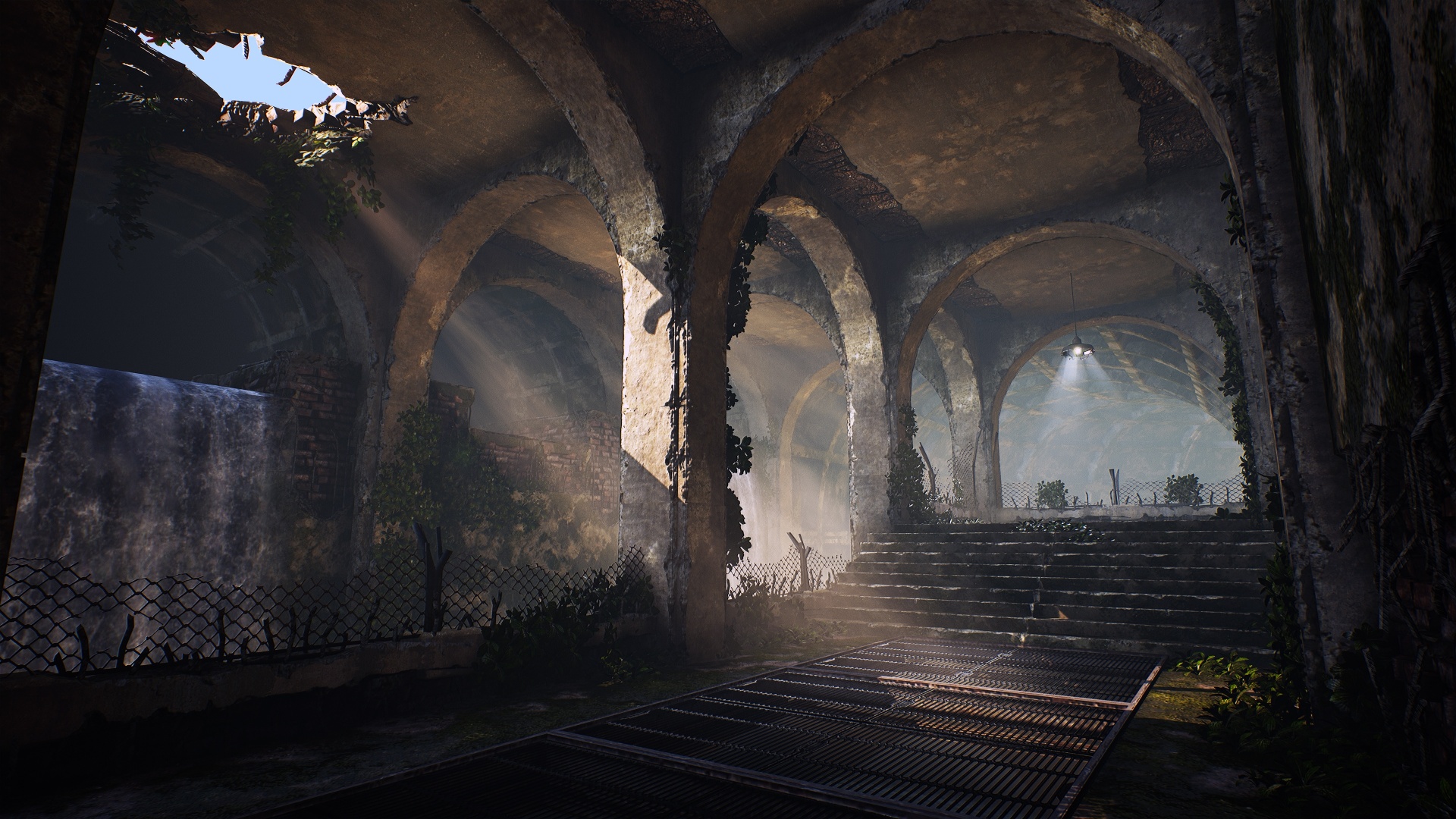 Now Biomutant will get you started by creating a Biomutant you can call your own. You create your small marsupial creature and can choose what it looks like, set your Breed, adjust features, change colors, and then you get the option to select character points. This is interesting as it features a circle on which you can move a cursor around to see how you want to distribute your character’s build. If you focus on strength, it bulks out your character visually. If you focus on intelligence, it will be skinner and look a bit weaker. I really enjoyed making my Biomutant and was ready to see what other RPG elements I’d find during my journey.

After getting through character creation, you’re dropped into a small training section which will get you used to combat and exploration in this world. It feels quick but necessary to learn the ropes, which does, unfortunately, lead to a few hours of monotony. I understand why some people might be tempted to stop playing right after this, since going through a series of tutorials back to back after some flashbacks to your childhood, teaching you the different mechanics, along with a fairly black and white choice early in the game about whether you want to be good or bad, well, it’s not the most solid of starts. Thankfully, once you are through that, the world opens up, begging you to explore it. 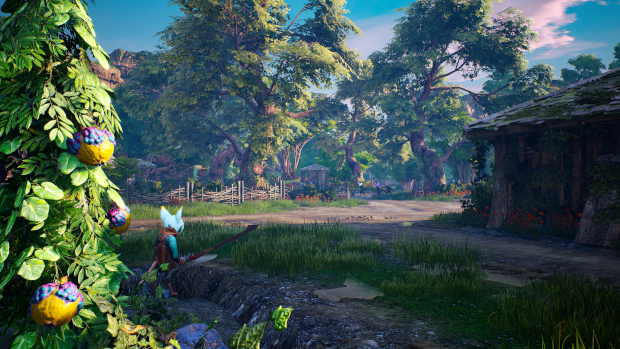 You can choose to follow the story, or just go off on your own discovering the world and seeing what’s out there, taking on a series of side-quests to keep you busy, or finding the many collectibles it has to offer. The world is vibrant and full of color. I really enjoyed exploring the post-apocalyptic world of Biomutant more than following the story itself. You can find mounts, ride mechs, glide around the world, using different forms of transportation in a very cool way. On top of that, there is a ton of stuff to discover, so you can tell a ton of effort was put into making this world look lived in – and now suffering. That really translated well.

What doesn’t translate well is, well, the story. I found the story to just not be that interesting. I think a few things hurt it. The big one is the narrator. For almost every creature in the game, they put out squeaks and mumbles akin to what you’d hear in Animal Crossing or the old-school Banjo-Kazooie from the Nintendo 64. After this, the narrator will tell you what that character has just said. This started off fine, but it quickly started to wear on me. I mean, the narrator did a good job, but it was just too much of him in the game. This was probably a cost-cutting measure to not need so many voice actors, but it’s not ideal. Some of you might like it, some of you might have preferred to have subtitles while the animal sounds play out. 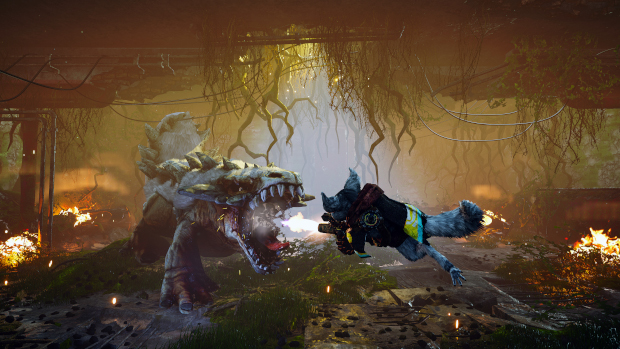 On top of that, the story beats just never felt important enough to follow. Now, don’t get me wrong, I’m a sucker for just wandering off and exploring open-world games when the fate of people is on the line. I do that all the time! But the story in Biomutant doesn’t feel important enough to keep you going, so do take that into consideration. I just never really felt invested in the characters or the story, but the world itself, that’s something that will keep you coming back for more.

The combat is a mixed bag as well. Initially, my plan going in was going to be a melee character. However, I quickly shifted my focus since the melee combat didn’t feel great. Dodging was not very useful, so I changed my strategy and move to guns. That’s when things clicked with me since I really enjoyed the gunplay in Biomutant, especially after discovering and crafting more powerful weapons. I really had a great time shooting enemies as I dodger their attacks. 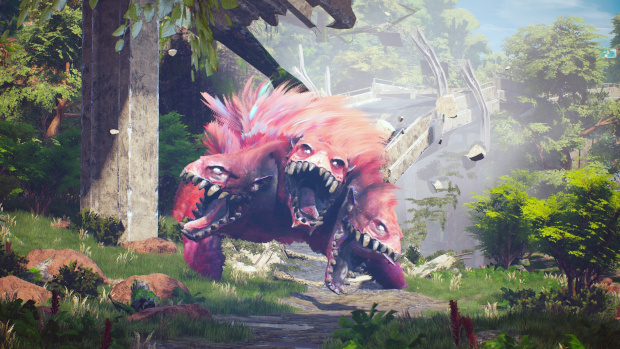 Biomutant is an interesting title. It has some major pros and cons. I think the open world is really great, and it’s packed with unique things to find. It’s a great journey, and there are many ways of traveling around each area. On the other hand, I didn’t really appreciate the story. I felt the narrator was overused, taking away from the immersion the game is aiming for. Combat was a mixed bag as well, but then I started to use guns that made things a lot more fun. Biomutant is out on PlayStation 4 with a $59.99 price. 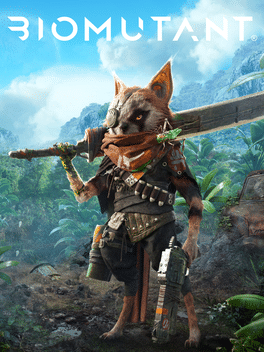 Disclaimer
This Biomutant review is based on a PlayStation 4 copy provided by THQ Nordic.