Sekai Games has brought us the World End Economica trilogy to Nintendo Switch with World End Economica ~complete~, allowing you to play all three episodes on Nintendo’s console at home or on the go. The three episodes have been penned by author Isuna Hasekura of Spice and Wolf fame. Your journey will start as Haru, a young boy living on the moon city. He ran away from his parents and is trying to make a living by using the stock market to stay one step ahead of everyone else. He has nowhere to live and hides around at a shady internet cafe, saving as much money as possible to try and get rich. 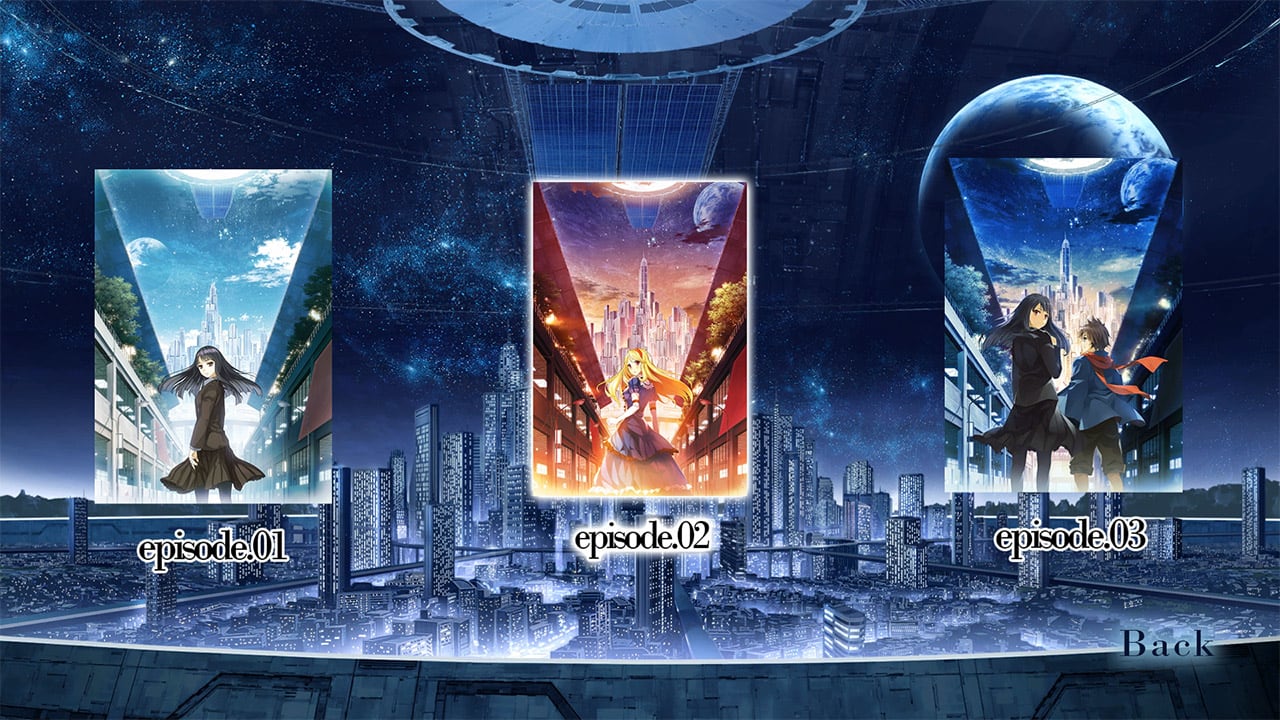 The trilogy was remastered and got an updated localization and editing for episode 1, as well as an all-new localization for the second and third episodes thanks to a Kickstarter campaign from Sekai Project that ran many, many years ago, way back in 2014. All three games also got a full HD boost for all their assets, giving us the definitive version of all three visual novels, all thanks to the support of more than 1,800 backers who pledged over $90,000 in funding. It’s now 2021, and World End Economica ~complete~ is now out on Nintendo Switch, with an eventual PlayStation 4 port up next on the team’s to-do list. 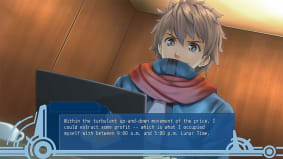 Haru quickly finds himself in trouble when he dives into a Chinese restaurant to grab a bite and try to check the status of his stock portfolio after the guy at the shady internet cafe – who turns out to be its owner – tips him off that the cops seem to be on their way. At the restaurant, Lisa, the waitress, helps him escape when a pair of cops enter to eat lunch after losing the trail of their suspect… who, apparently, is none other than yourself! After this, Haru finds himself face to face with an unknown, black-haired girl who is soon joined by Lisa, who takes Haru under her wing. I don’t want to spoil things since the game’s story, and characters in this trilogy are certainly the highlight of this package, and it’s one you have to experience on your own. 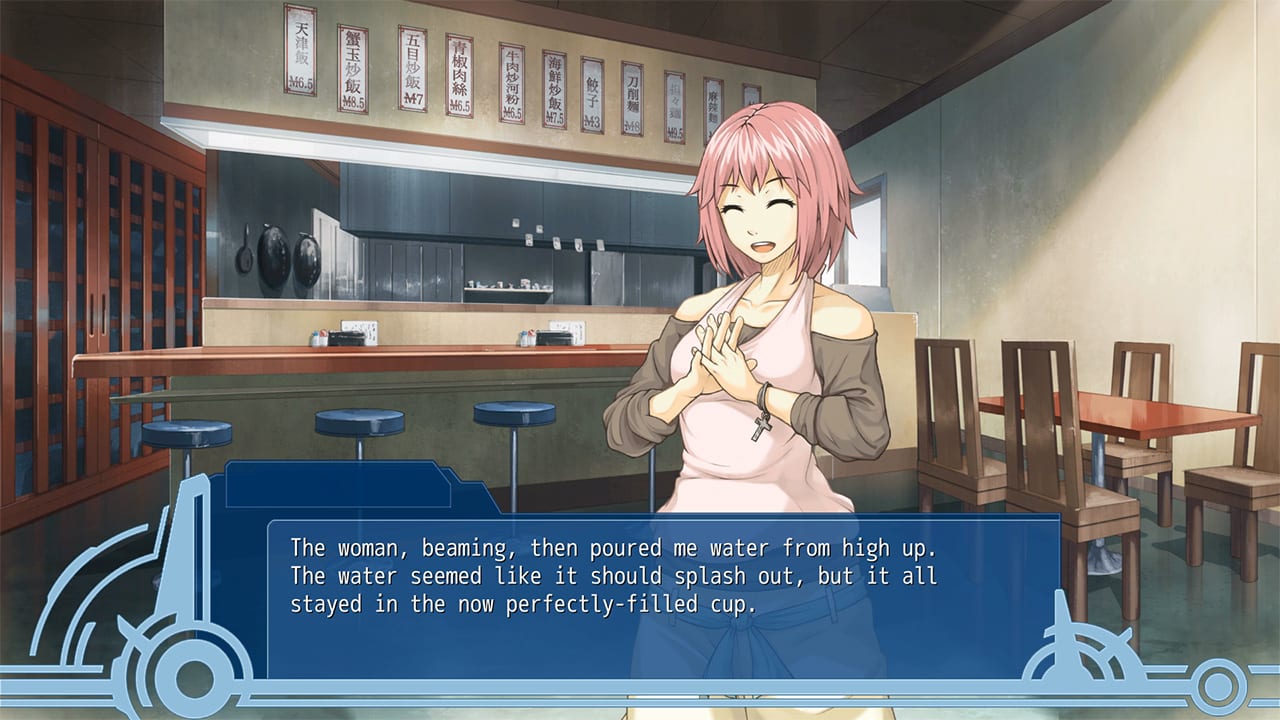 The writing in World End Economica ~complete~ definitely stands out during this trilogy. The author has a great eye for detail, and everything feels alive. You can certainly believe everyone living on the moon is a person you could meet tomorrow here on Earth. Sure, you’ll run into some tropes here and there – since there’s really no way to avoid them in a visual novel – but these won’t get in the way of your enjoyment of what these three episodes have to offer. By the end of it all, you’ll definitely remember this one. 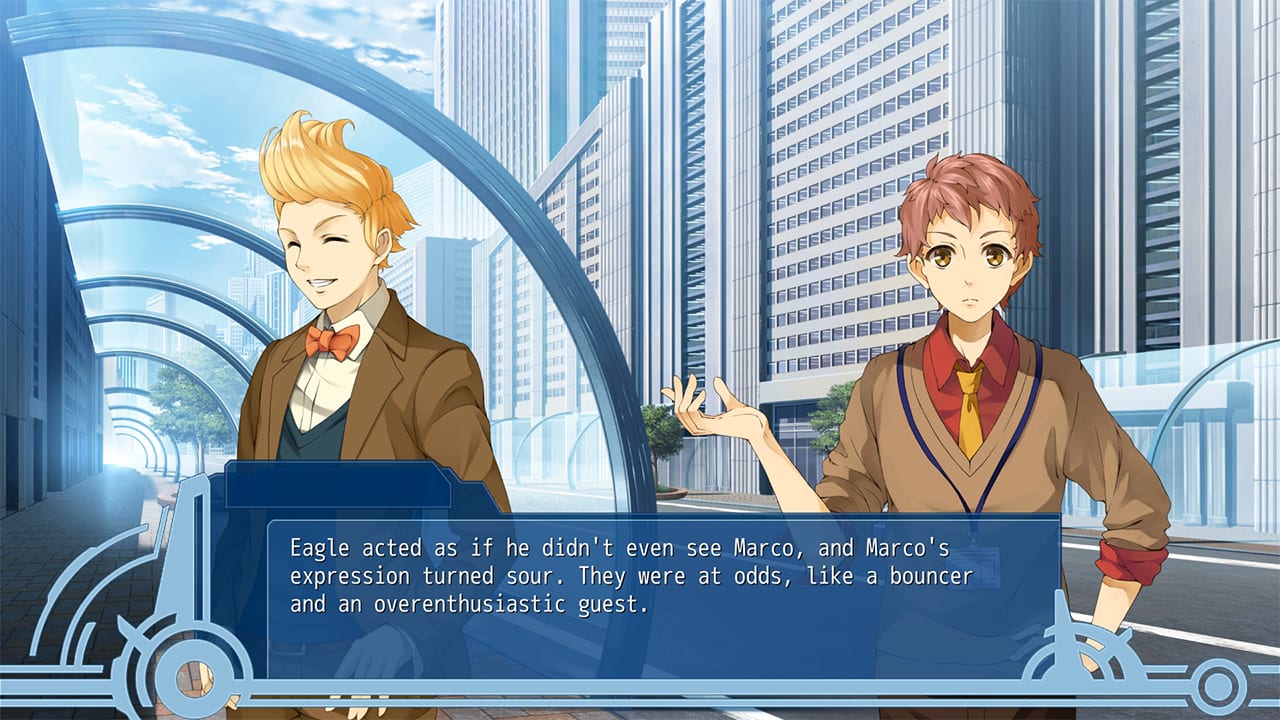 Disclaimer
This World End Economica ~complete~ review is based on a Nintendo Switch copy provided by Sekai Games.