In Astalon: Tears of the Earth from Dangen Entertainment and LABS Works, you’ll be taking on-school infused 2D Metroidvania on Nintendo Switch. You’ll be taking control of mage Algus, rogue Kyuli, and Swordsman Arias as they explore an ancient tower in order to save their people from impending doom. To progress through the many areas of the tower that you’ll visit, you’ll have to find white, blue, and red keys to open doors of the corresponding colors. There will also be other special items required for you to open special doors, so the more you play, the more new areas you will get to open up and explore. 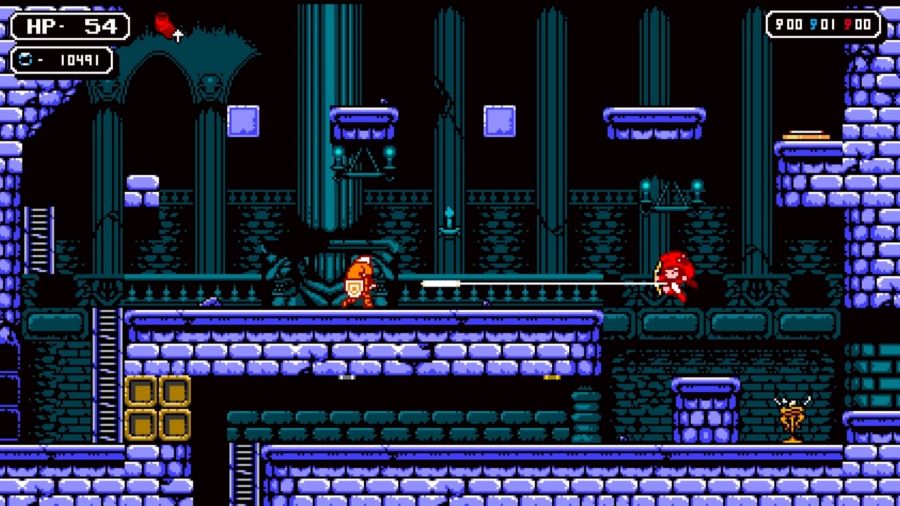 Since the game takes inspiration from old-school 2D action RGPs, the controls will be easy to pick up. You’ll move your character with the left analog stick or the D-Pad, jumping with the B button. The longer you keep the B button pressed, the higher you will jump! Attacks are mapped to the A button. You can use each character’s special power with the Y button and can switch between characters by pressing the X button at any of the save points that Astalon: Tears of the Earth has to offer. These save points work a bit differently than you’d expect – more on this in a bit. To check your map, you can press the minus button.

Each character will have its pros and cons for you to consider. To give you an idea of what puzzles you’ll have to solve with the trio, he’s an example that pops up right as you start the game. Since Arias has a sharp sword, he’s ideal for cutting through the vines blocking the way on the screen to the left of the first save point, thus allowing him to reach a button that will light up one of the three eyes in the giant statue on the save point room. Kyuli can wall jump, so she should take care of the button on the room to the right. And since Algus is a mage, he can use magic that goes through walls to hit the two demon statues that guard the access to the third switch.


Remember the save points I mentioned before and how they work a bit differently than usual? It turns out that for Astalon: Tears of the Earth, save points will only save your progress for your current run, in case you have to take a break. Along with allowing you to change between the three characters, they will also sometimes give you a chance to select a rest option. This will give you some extra dialogue between the characters, as well as have Algus cook something for the group from the monster meat collected, recovering some of their HP. When you die, Algus is actually sent before the demon Epimetheus, with whom he’s made a pact: help him and his group save the village, and he can have his soul when it’s all over. 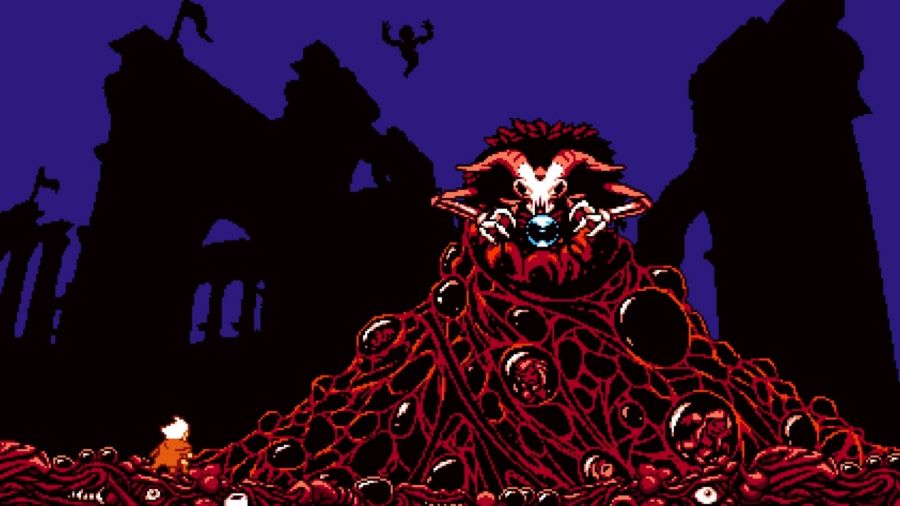 The orbs you collect can be used to barter with Ephimetheus once you’ve died. You can use orbs to improve your characters and gain access to boost and other items. You could, for example, spend 40 orbs to increase their health by one point, or you could get an invincibility power-up. As for improving your characters, you could decide to increase their strength, defense, or attack speed, as well as unlock special abilities such as Algus’ Meteor Rain which unleashes a powerful attack that requires some of his HP in return or obtain Kyuli’s Assassin Strike, which increases her critical hit chance by 5%.


Astalon: Tears of the Earth features an in-game achievement system for you to work your way through. The first one will pop up as soon as you reach the first save point, and it will allow you to check your stats for your time playing the game. The rest will be hidden until you complete other objectives or find exactly what you need to do. As a heads-up, some of the goals include finding the hidden music room in the tower, leaving the tower immediately after starting a new game, and reaching the top of the tower, and beating the Black Knight. And yes, leaving the tower right after starting a new game will indeed trigger the first ending for the game! 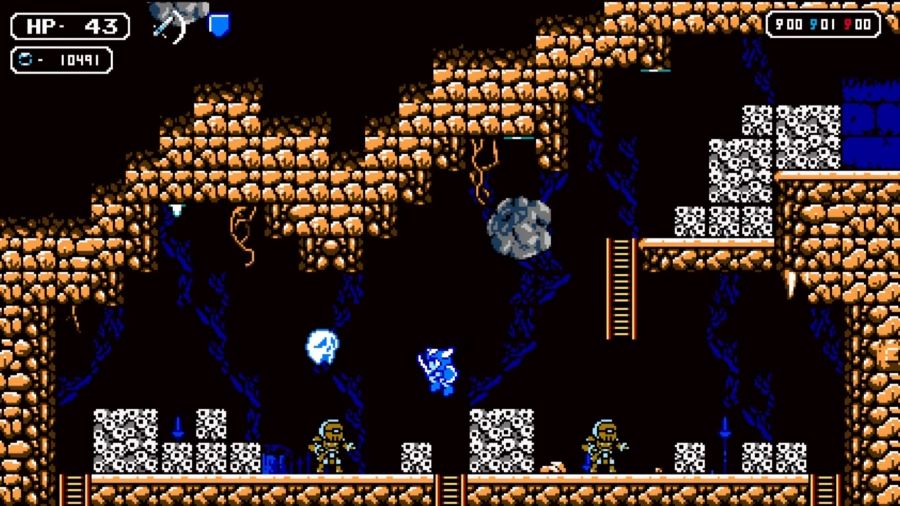 
Once you locate the last remaining monster hunter within the tower, you will get a chance to work on completing the Bestiary he hands to you. There are 84 monsters in total for you to document, and the more you kill of each one, the closer you’ll be to reaching the kill goal that will let you know its name, where a monster can be found, how much HP it has, how many orbs you can obtain from each one you defeat. 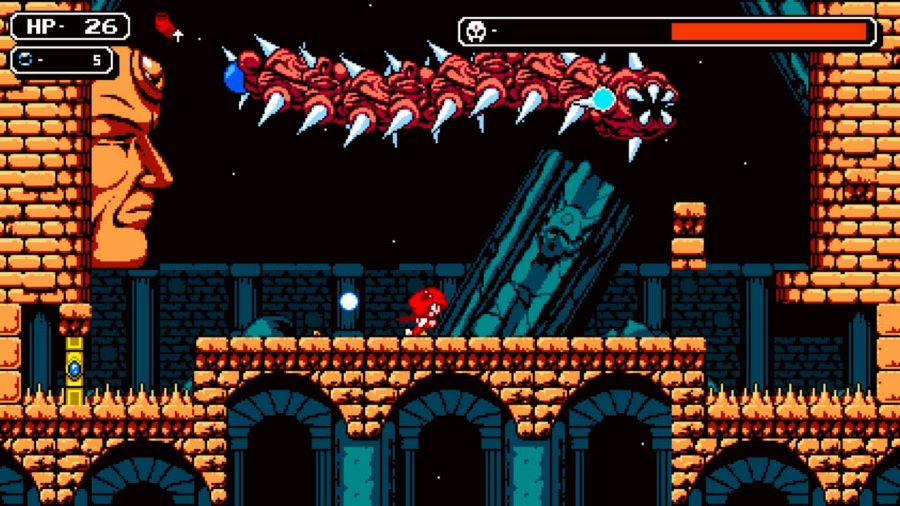 Astalon: Tears of the Earth is a Metroidvania I was looking forward to playing because of its old-school look and feel and having three characters to play as, each with different abilities. Add 84 monsters, mini-bosses, and bosses to vanquish, all of the upgrades and abilities to unlock for your characters, and the way you progress through the game by using switches to add shortcuts to take you right from the start of the tower to where you need to be to carry on with your quest, makes this an easy game to recommend on Nintendo Switch. Astalon: Tears of the Earth is out on Nintendo Switch with a $19.99 asking price. 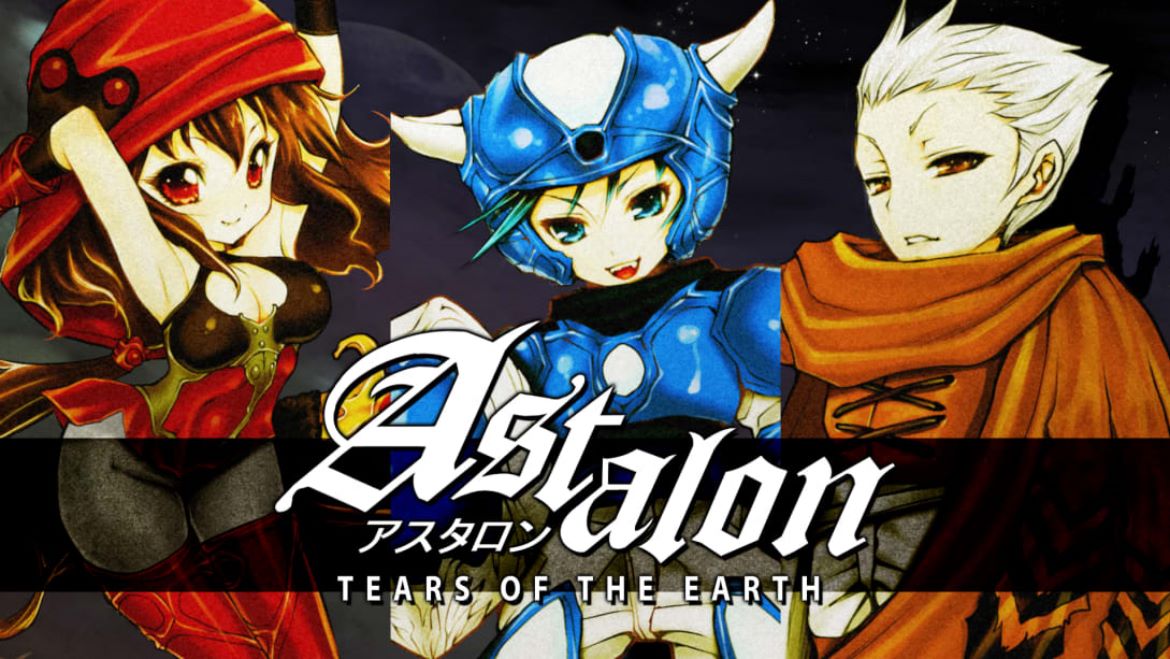 Astalon: Tears of the Earth Review

An excellent Metroidvania on Nintendo Switch

Disclaimer
This Astalon: Tears of the Earth review is based on a Nintendo Switch copy provided by Dangen Entertainment.

Cotton Reboot! Out In July On Consoles

Doki Doki Literature Club Plus! Out Next Week