Mario + Rabbids Kingdom Battle is one of the best game’s on Nintendo Switch, and now Ubisoft and Nintendo have announced a sequel in Mario + Rabbids Sparks of Hope. Check it out! 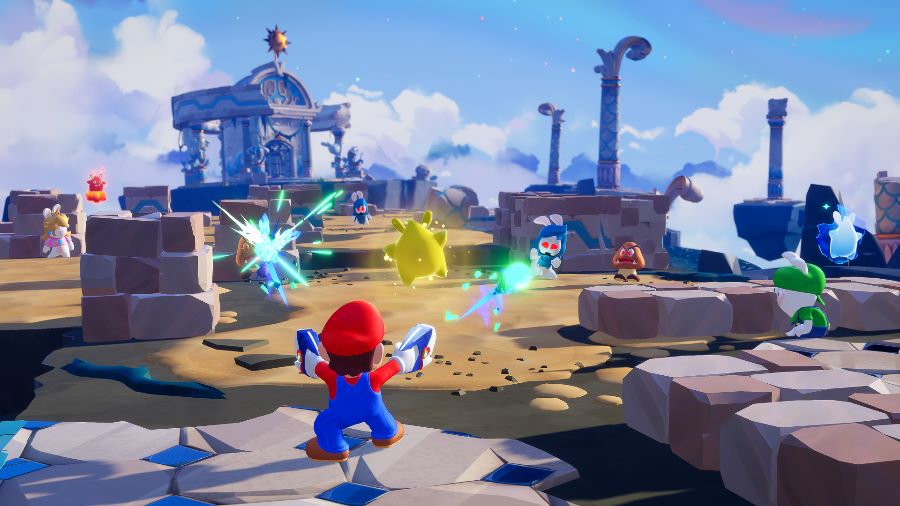 Mario, Rabbid Peach and their friends are back for a new adventure of cosmic scale in Mario + Rabbids® Sparks of Hope! Cursa, a mysterious and malevolent entity seeks out energy to further its nefarious plans, is determined to consume all the energy of the Sparks, creatures formed by the fusion of Lumas & Rabbids. In Mario + Rabbids® Sparks of Hope, players will explore surprising planets through the galaxy, and form the most extravagant team of Heroes to outwit enemies in an innovative combat system mixing turn-based tactics and real time action. When this unlikely team combines forces with the Sparks’ immense energy, anything is possible…for better OR worse!

AN EXTRAVAGANT TEAM GALORE!
Meet Mario & the Rabbids Heroes and build your dream team with three Heroes among an eclectic roster of nine, including all-time favourites Rabbid Peach, Luigi, Rabbid Mario, Princess Peach and some unexpected newcomers.
Take advantage of Heroes’ special abilities to outwit even the strongest enemies in battle.

TACTICAL MEETS ACTION
Use your Heroes’ skills in an innovative combat system, mixing turn-based tactics and real time action.
Take control of your Heroes to dash your enemies, team jump on your allies, hide behind cover… and make the best out of your turn.
Specialize your Heroes with the Sparks you choose. Use all the exotic powers and tools at your disposal to craft your own strategies and prevail against all odds.

A GALACTIC ADVENTURE LIKE NO OTHER
Embark on an epic journey through the galaxy with your spaceship to help bring order back to the galaxy.
Free each planet you cross from Cursa’s evil influence. Explore each one of them, meet their curious inhabitants to uncover mysterious secrets.
Face surprising bosses, familiar enemies from the Nintendo universe and exceptional Rabbids enemies in your cosmic quest!

SAVE THE SPARKS TO EARN THEIR HELP & POWERS!
Rescue the uncanny Sparks, born when Lumas and Rabbids merged, before Cursa gets a hold of them! Use their special abilities and powers in battle, ranging from energy barriers to fire rain to gain the upper hand in combat.
Each Spark has a distinct power and personality. There are dozens of Sparks throughout the galaxy to locate, save and join your journey.
Mario + Rabbids® Sparks of Hope is only the beginning to your cosmic adventure as more content will
come in post launch. 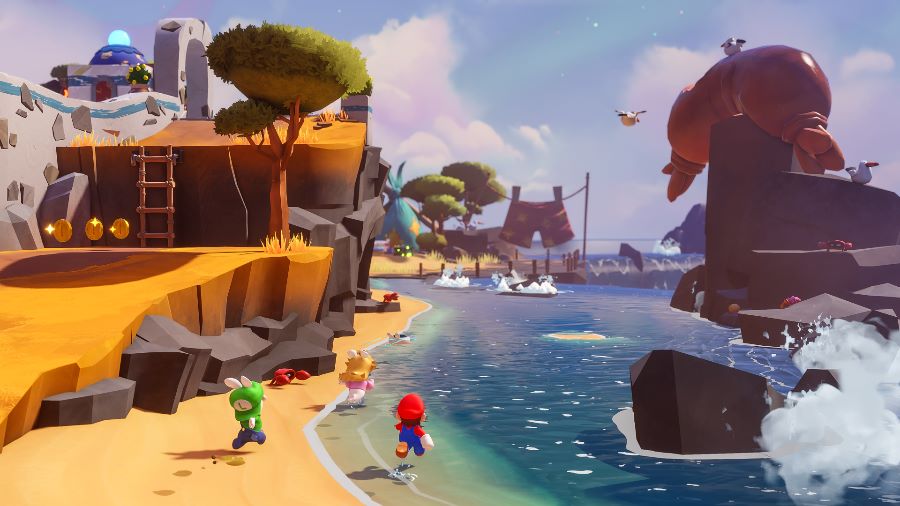 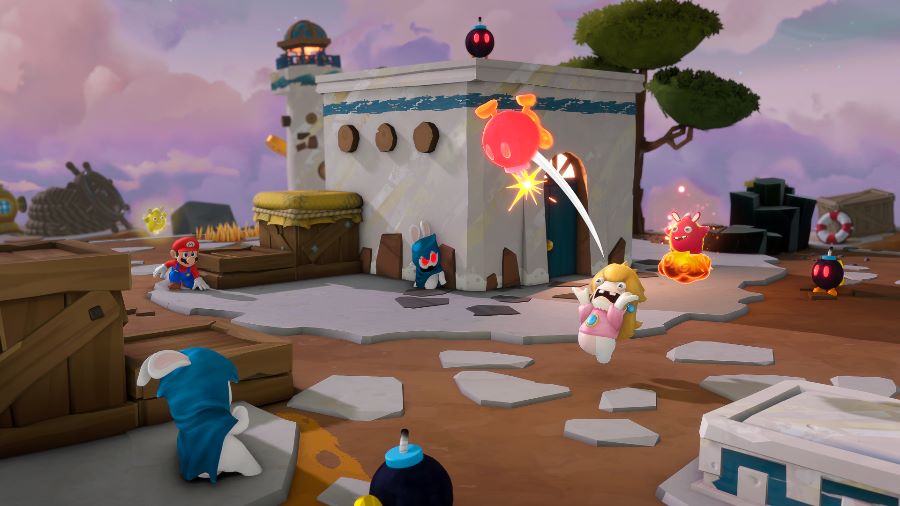 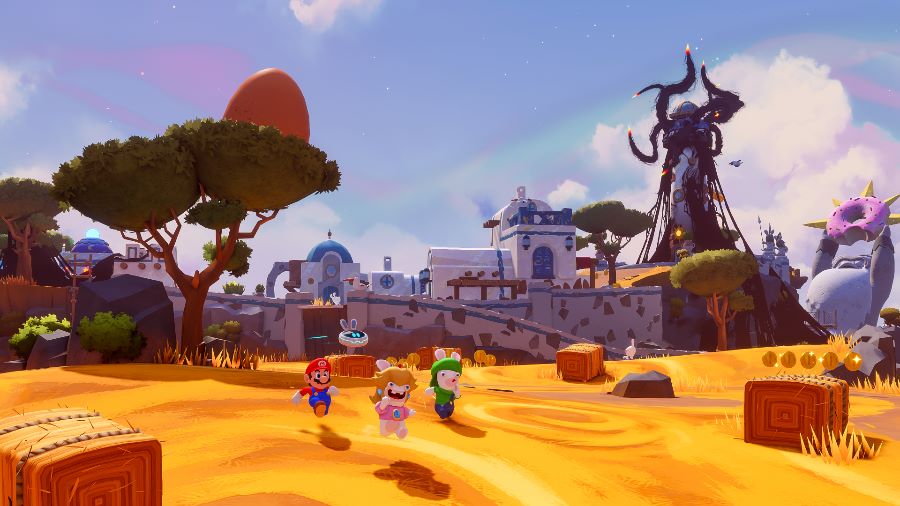 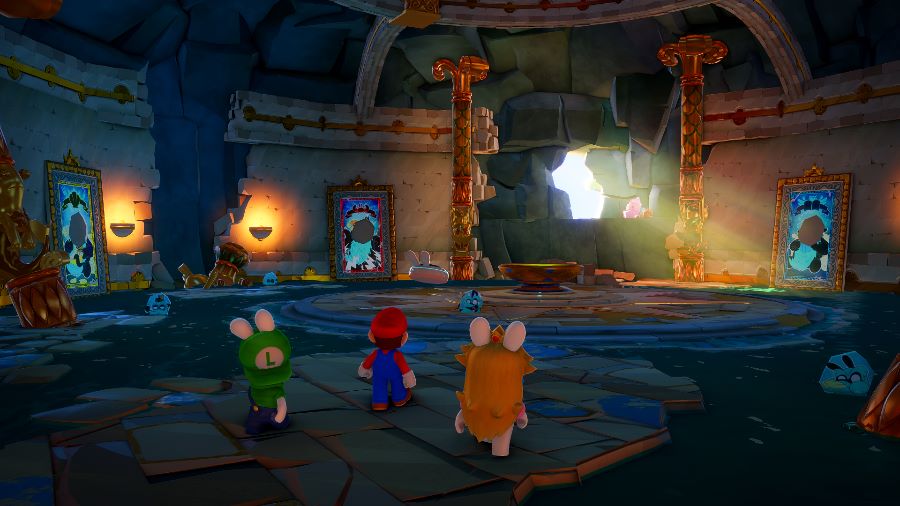 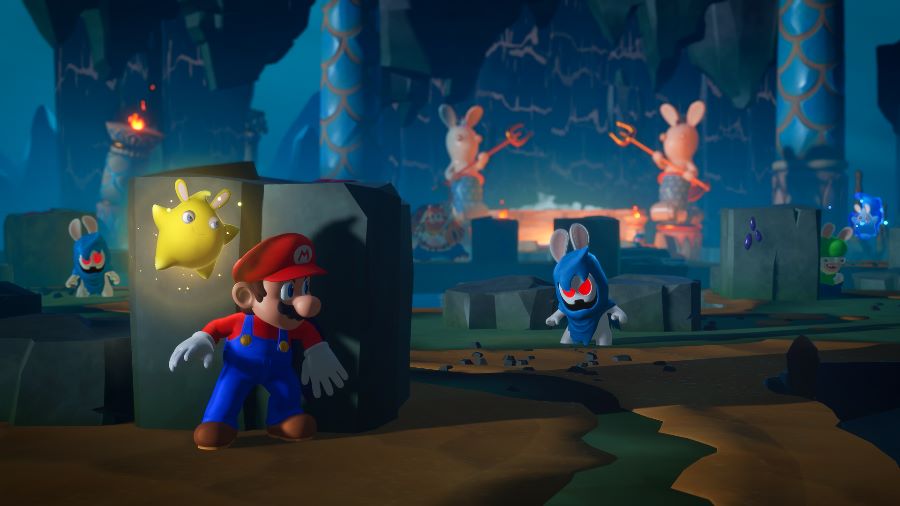 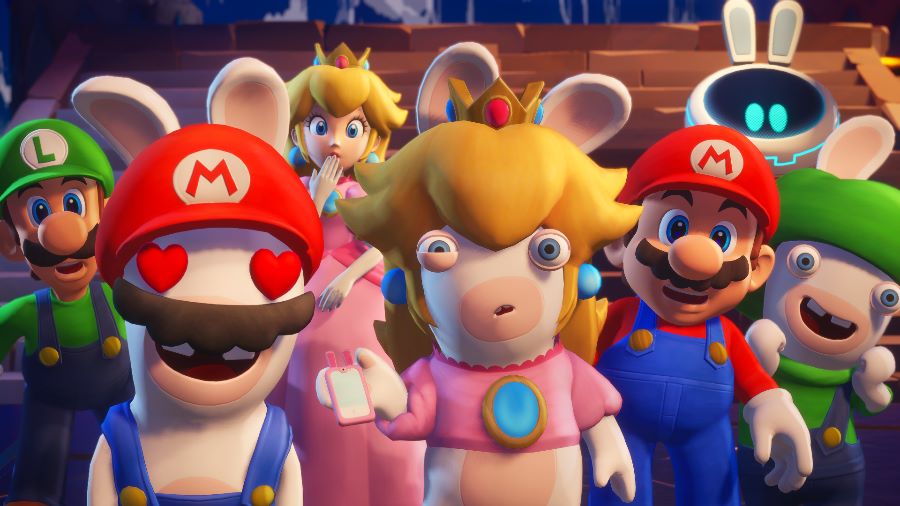