Objection… wait, that’s the wrong series. Be a detective, tail suspects, look for clues, solve mysteries and get to the bottom of a massive conspiracy. Check our Judgment review!


From the team that brought you the critically acclaimed Yakuza series comes Judgment, a gritty tale of disgraced attorney Takayuki Yagami in his quest for redemption. Haunted by his past, he takes up arms as a private detective, clawing his way through Kamurocho’s underground crime network to investigate a string of grisly murders. In this psychological thriller, the balance between justice and mercy teeters on the edge.

Track suspects, discover clues, and bring evidence to court – but be careful, there are dark characters at every turn. Can you distinguish between friend and foe? Take advantage of two unique battle styles to take down adversaries in electrifying encounters. Packed with Hollywood-worthy combat sequences and cinematic twists and turns, this mystery will surely keep you on your toes.

This upgraded version of Judgment contains all previously released DLC and improved visuals.

Judgment is a spinoff of the Yakuza series, featuring a similar open-world them but focusing more on the aspects of being a detective. To be honest, I have never played a Yakuza game before, but I have certainly always been curious about what they have t offer, so I thought this might be the perfect entry into the series world. The good news is that Judgment is now out on PlayStation 5, and it’s better than ever!

Now Judgment is about Takayuyki (Tak) Yagami, a former lawyer now turned detective. Yagami defended a man who was accused of killing someone in the hospital and got them off with reasonable doubt. However, after being released from jail, he killed his girlfriend in cold blood and burnt the house to the ground. He became disillusioned with being a lawyer and stepped back to become a private eye. Your friend Kaito, a former Yakuza, joins you as your partner, and you team up to see what’s going on in Kamurocho, a fictional area of Tokyo.


Unfortunately, there are two rival Yakuza gangs battling for control of Kamurocho, and someone from one of the sides turns up dead with their eyes gouged out. There is a killer on the loose, and Yagami is brought in by his old firm to help them get to the bottom of the case and defend their clients. This sets up the noir tale that you’ll probably spend 25 hours playing through. At one point, I played for nine hours in a row until 3 a.m., woke up at 8 a.m., and did a final run until around noon before the credits rolled. The narrative of this game caught me in a way that very few games have managed to do. There are constant twists and turns involving a conspiracy that goes right to the top. The cast of characters is great, with multiple sides to their personalities that show as the stories get deeper in. Top-notch voice work by the English cast as well. 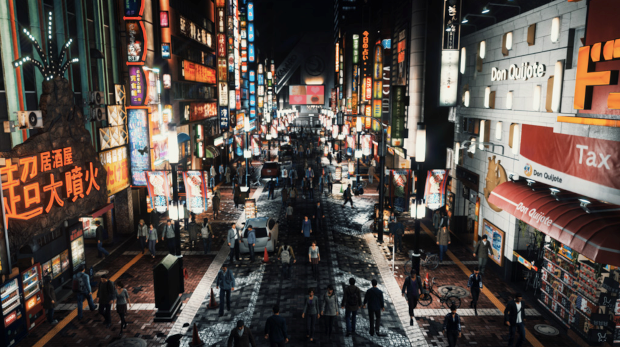 You can choose to do the golden path and focus just on the main story, but there is a unique world to explore beyond that! There are many side missions that you can pick up that act as smaller cases in the game, with some really unique and fun stories, which is a nice juxtaposition to the darker main campaign. You will use all of the tools of being a detective, trailing people, chasing if need be, multiple types of lock picking, searching environments for clues, and piecing together mysteries. I did like that some of the cases don’t hold your hand either. You might need to find a place to go for it and go through your evidence in your case summary to find address or clues on where to go next vs. the game just putting a marker down saying go here.


Tailing people is interesting as you need to follow without getting too close and not being seen. You can use highlighted blue squares to avoid detection, but you need to keep your eye on your target at all times. If you lose sight of your mark, a count-down timer starts, and you must get back to them before it runs out. Chasing suspects is the exact opposite, where you will be automatically running, and you need to move around as you react to quick time events to avoid tripping over objects or running into people. You can lock pick via two different minigames, one with you using a lockpick in key locks to raise the cylinders in the locks to the right spot, and another for slide locks, which has you rotating your thumbsticks in different directions. Finally, you’ll be able to go into the third person and search for clues using the R2 button to hone in on areas and examine further. 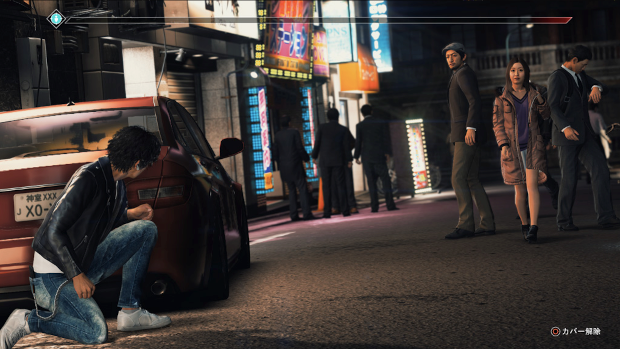 Now onto the combat. I wasn’t sure what to expect, and honestly, the best way to describe it is as a beat ’em up. This feels like an old-school 2D side scroller taken to the 21st century. You have your weak and strong attacks and special attacks you can use with a special meter. You have a skills area on your phone which allows you to spend on new moves, having more life, a plethora of skills that you can upgrade, to be honest. I guess my one problem is that the combat never felt great. I found it hard to block, with some enemies feeling really cheap by blocking most attacks or doing way too much damage.


For a game that focused on being a detective, I would be challenged to fights regularly by whatever faction was mad at me the most at that point in the story. They became a nuisance as I was trying to solve the mystery and get to the end of the campaign. To make it worse, you would get text messages from a local shop owner telling you a certain gang had invaded and you needed to stop them. You couldn’t walk two feet without being attacked. In my last 10 hours of the game, I would just start running away from battles on the street so that I could focus on progressing through the story. 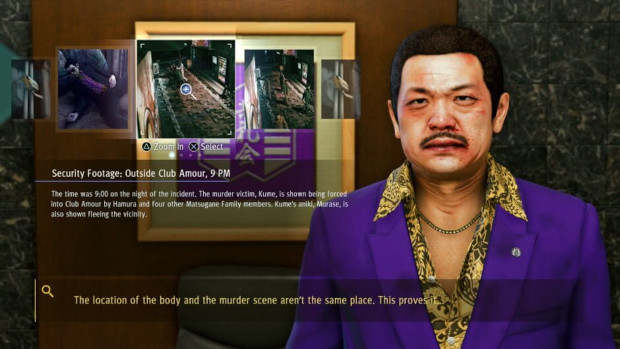 It’s not all about being a detective in Kamurocho, though, as there are many games and activities you can participate in. You can go to the arcade and play Fighting Vipers, different Virtua Fighter games, and other games from Sega’s catalog. You can go to the batting cage, visit multiple underground casinos featuring different games -I definitely spent some time playing Texas Hold ’em -, mahjong, and shogi, eat at restaurants, expect drone races, court multiple women, go on dates with them, make friends with people by helping with small tasks and raise your reputation in the city, opening more side cases to come through your doors. Kamurocho also feels very dense, and you can actually go into a lot of the buildings. This is one of the best open worlds I’ve experienced. It feels alive with people all over and lots of things to do everywhere. There is also a phone app called Kamurgo, which will award SP for doing different things around Kamurocho, giving you more incentive to see what’s available in the city.

Now, this is the PS5 version, so what does that look like in terms of upgrades? Like other PS5 titles, load times are non-existent. You will move from map to map in a second or two at most, which is really great. It runs at a smooth 60 fps at 4K with no noticeable dropped frames, but that’s about it. There’s no use of the adaptive triggers, no special use of rumble. It does add one activity card for the main campaign completion percentage. This could have featured so much more, including game help for some of the more obtuse mysteries, activities in the city that you could do, which could double as fast travel. 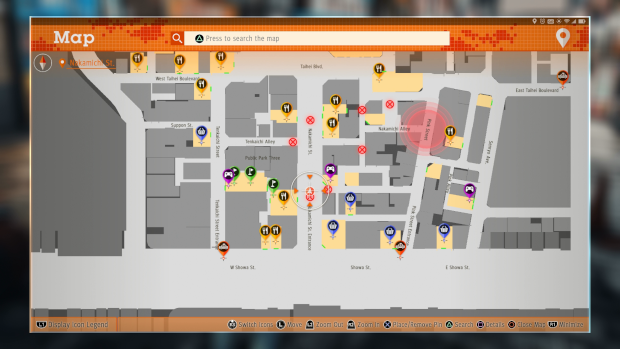 If you can’t tell, I really liked Judgment. Its story grabbed me in a way that very few games have, keeping me playing for big chunks at a time to see what twist was around the corner. I also loved Kamurocho. I could get lost just going around and doing things in the city. The combat felt a bit off, but that’s about the one complaint I’d have. It definitely made me look forward to checking out the Yakuza series as well!

Disclaimer
This Judgment review is based on a PlayStation 5 copy provided by SEGA of America, Inc..

Long Ago: A Puzzle Tale Out Next Month