[PS4Blog.net Interview] X PLUS On Smelter

We’ll be working on a review for Smelter, so I got in touch with X PLUS to talk a bit about the game. Come check it out!

PS4Blog: Good afternoon! Thank you for taking the time to join us today. Could you please help us get started by telling our readers a bit about yourself and your work?

Thank you very much for reaching out!

Absolutely! My name is Brian Otten, and I primarily work as the project manager and writer for the Smelter development team here at X PLUS based in Osaka. Aside from doing localization/translation work in the past for other games, this was my first time being the writer for any sort of game development project. Although I feel like I should add that the original idea for the story came from Sina Faroughi, who is our art director on the project, and it was my job to help develop and expand the idea into the world, characters, and dialogues that players see in the game. 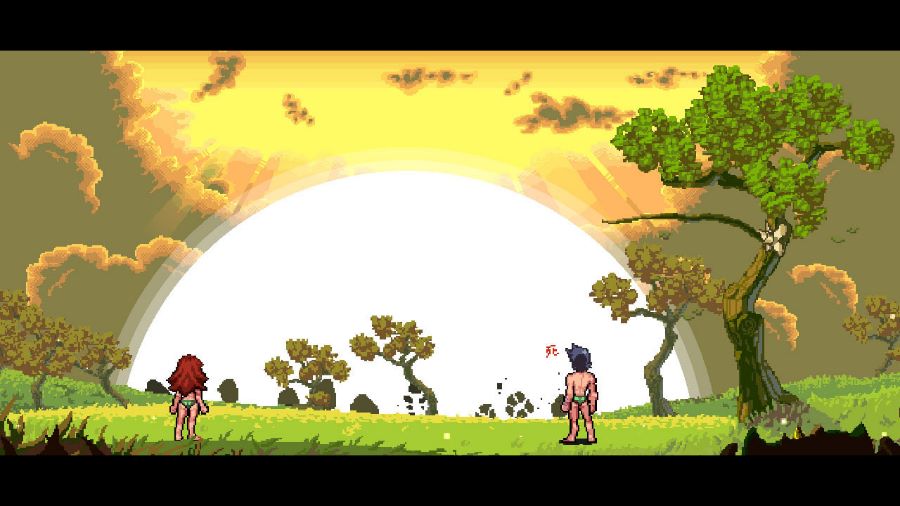 PS4B: Smelter is ready to go on PlayStation 4 and Nintendo Switch. What can you tell us about this project?

Smelter is what we’ve ended up calling a “strategy, action-platformer hybrid,” primarily inspired by some great games from the 16-bit era. It mainly focuses on the adventure of Eve and a somewhat eccentric angelic creature who calls himself “Smelter” and their quest to find Adam and rebuild Smelter’s empire.

Those who play Smelter will definitely get some Mega Man X vibes from the platformer and Actraiser vibes from the strategy side of things. We really wanted to give our own take on these two genres. While although the influences are there, there’s certainly a lot different about Smelter. Hopefully, players will appreciate the variety of elemental skill sets, resource management, skill, and building upgrades.

Just like Smelter himself, we tried not to take ourselves too seriously and wanted to give a fun and humorous experience, but that doesn’t mean the game is a “walk in the park” by any means! Players will run into tricky bosses and challenges, so they’ll get a lot of chances to hone their skills and learn what works and what doesn’t! 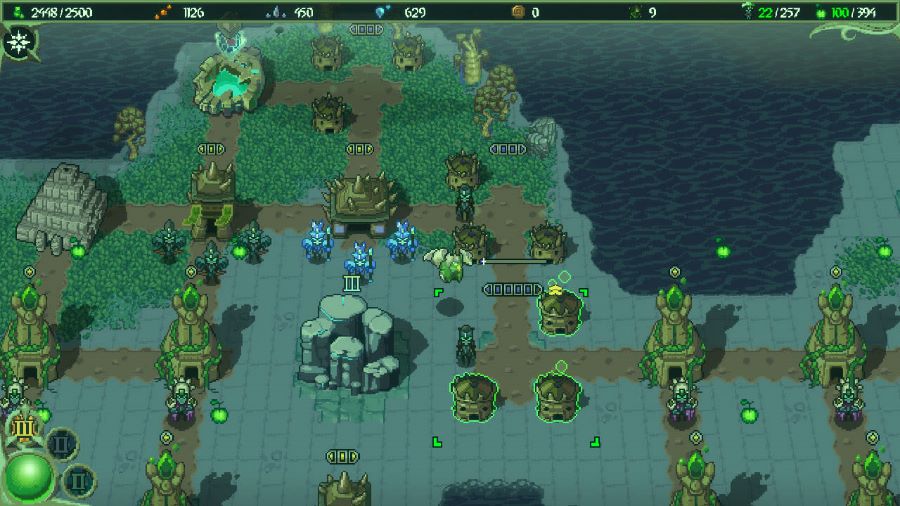 PS4B: How long did it take to develop Smelter? Did the game change much between the initial concept phase and the version we now get to play?

It ended up taking us three long years from the initial concept to release, and, man, oh man, Smelter has gone through a lot of changes from the number of elemental domains, skills in the platformer, controls to the gameplay you see in the strategy.

This was the first time any of us on the team tried making a game on such a large scale. So as with many new projects go, we tried to bite off more than we could chew with our crazy idea of having five domains, loads of bosses, and enemies. However, we realized pretty early on that if we wanted to release Smelter this decade, we’d need to re-think our priorities. We figured out how to combine and reshape the elemental domains down to three without sacrificing the quality we were going after for the most part.

The strategy portion of the game went through three to four different versions. To illustrate what it was at first: we started off with a very open style of gameplay that allowed players to place structures wherever they wanted. Skills revolved around elemental spires that affected the strength of your skills inside the platformer. Zirm Barracks, Zirm Houses, and Orcharion Shrines didn’t exist. In the platformer, Eve could mix elements mid-fight so you could have both Gurabi and Eremagu and Nutoro all at the same time. This all sounds cool on paper, but when we tried to implement it, it just got messy, for lack of a better word.

We went back to the drawing board multiple times and eventually arrived at the version of Smelter you see today. Our previous attempts made the combat feel cumbersome, the strategy was too open and lacked focus, so we focused on streamlining things as much as possible. We wanted the combat to feel natural. We wanted the strategy to feel logical. We wanted both genres to feel connected to each other. While although there is always room for improvement, I think the conclusion we arrived at was mostly the right one for this project! 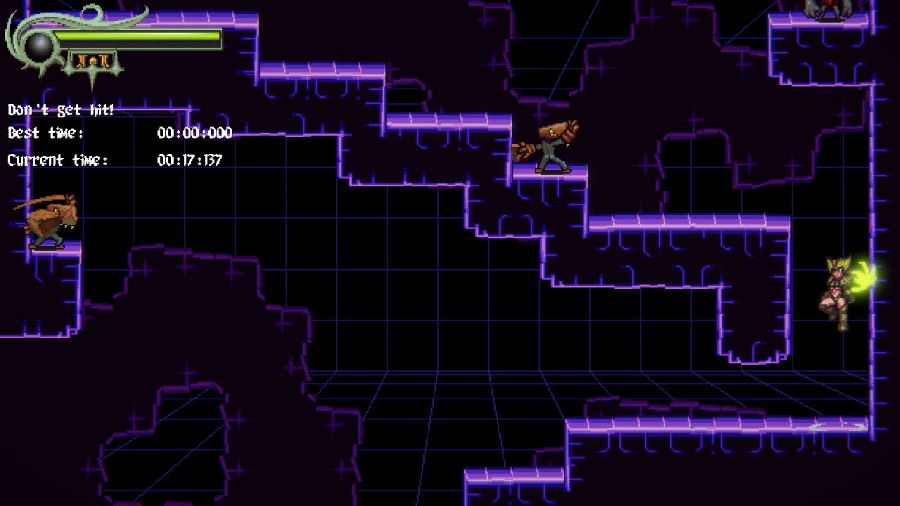 PS4B: Are you considering developing some additional content for the game to be made available at a later date, either as free or paid DLC?

We definitely would like to if possible! Whether it’s through a DLC or a future patch, there are several features we know that we wanted to put into the initial release, but our timeline just didn’t allow it. We know the strategy part isn’t for everyone, but we really wanted to give it a shot.

Some people just want to dive right into the action, which we totally get, so we’re thinking about what we can do to make that possible. Also, there are just some things you won’t know until you release a game. We know we’re going to get a lot more feedback for Smelter after release, which we’re excited to hear and address as much as possible! 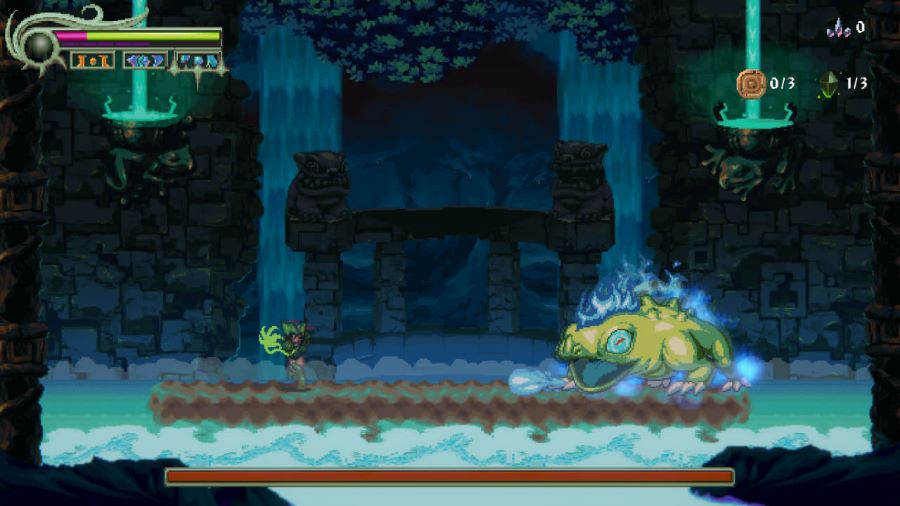 Developing Smelter was definitely a journey for the team, and we are really hoping that everyone reading this enjoys the journey of Eve and Smelter when they’re craving some action-packed silliness with some awesome art and wonderful music!

Smelter will also be available for PC (Steam, GOG, itch.io) and Xbox as well, so we would love for everyone to check it out, and we are excited to hear what everyone thinks!

Keep an eye on our Twitter and Discord for more updates!