We’ll be working on a review for Astro Aqua Kitty on PS Vita, so I got in touch with Dugan Jackson from Tikipod to talk a bit about the game and its development. Come check it out!

PS4Blog: Good morning! Thank you for joining us today. Good to have you back with us. How are you doing?

Doing well, thanks! Very happy to have our game out in the wild and seeing all the positive feedback from folks playing it. 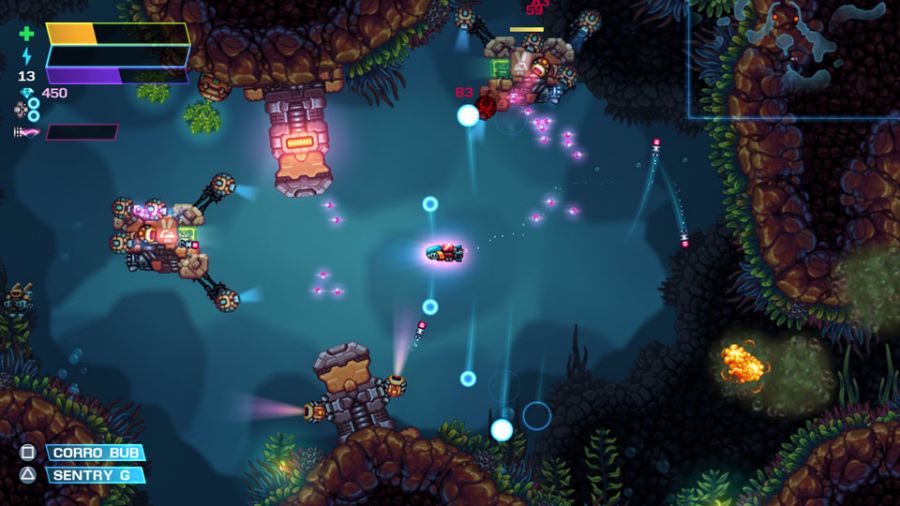 PS4B: On that note, after a Nintendo Switch release, Astro Aqua Kitty is now out on PlayStation 4 and PlayStation Vita! How would you describe the game to someone who’s never heard about it?

It’s an arcade ARPG lite, shoot ’em up adventure! Loosely carrying on from our previous game Aqua Kitty – Milk Mine Defender, this time around, the team of cats is out mining in space rather than under the sea. They have discovered some strange water-filled asteroids, which you must explore with them. There are loads of enemies to blast along the way, different weapons and devices to equip, skills to unlock when you level up your XP, cavernous levels to explore, and dangerous end-of-level bosses of course! 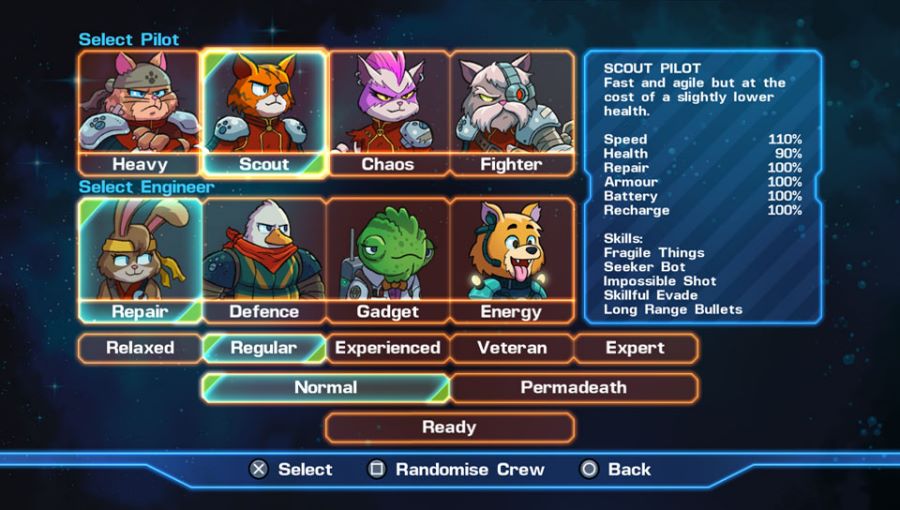 PS4B: How long did it take to develop this sequel? Were there any hurdles or challenges you had to overcome along the way?

It’s taken some time to complete the game. We don’t think of it as a pure sequel as such, more as a spinoff from the original as the gameplay is so different – which in turn means everything is new, even down to the ship movement!

The PlayStation Vita version was tricky as it’s the weaker hardware of the current platforms we are releasing on, meaning it needed some extra programming work and attention to ensure the game runs as well on it as all the others. 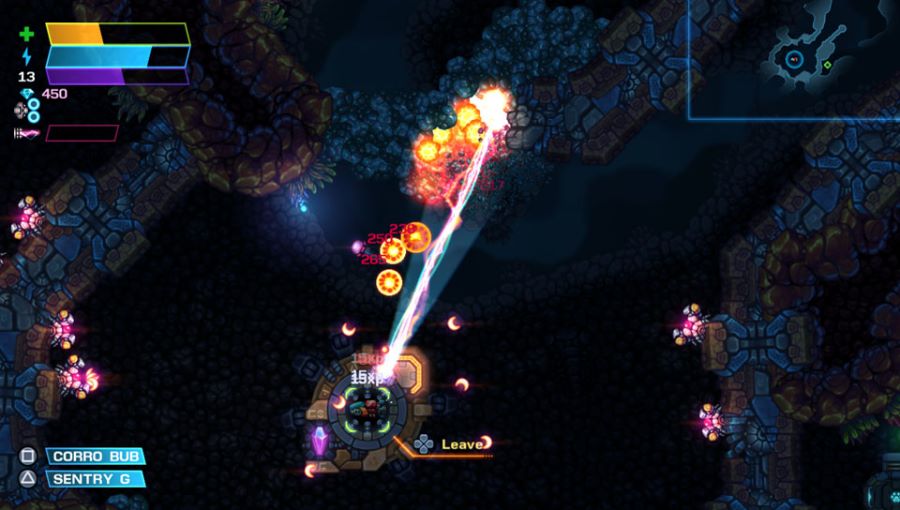 PS4B: Speaking of which, you’re also releasing Astro Aqua Kitty on PlayStation Vita, which probably is not an easy feat between having a global pandemic and Sony announcing the closing of the PS Vita store in August.

Yes, that wasn’t great news to see the store was going to close. We were resigned to thinking, oh well, let’s just make the best of it – but then they announced it would stay open, so yay!

We even had a surprise mention on Twitter from Shuhei Yoshida for the PS Vita version, which was great to see!

It would be great if they could somehow bring back a PS Vita and PS3 webstore, though, to make it easier to discover and buy games. 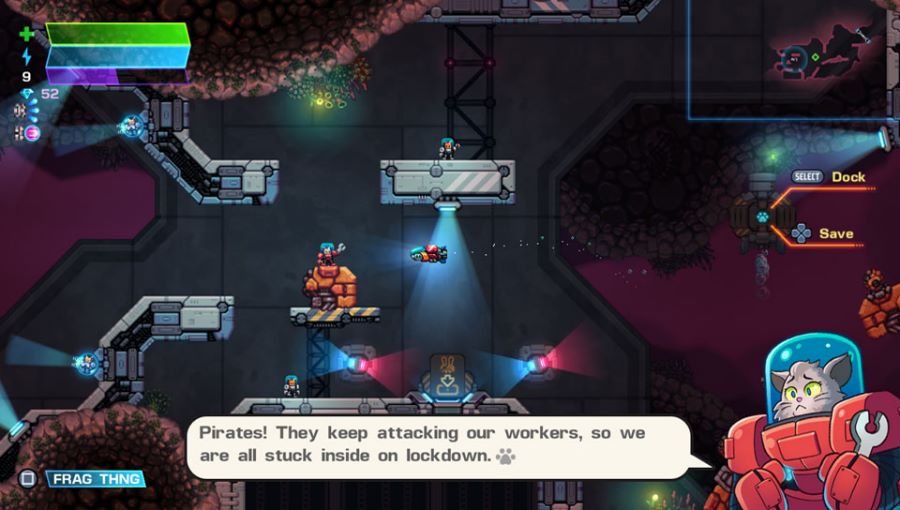 PS4B: A PS Vita physical copy is certainly out of the question, but is there any chance we can get a physical version of Astro Aqua Kitty on Nintendo Switch or PlayStation 4 at a later date?

We were very fortunate to have several titles released as physical editions in the past (Aqua Kitty, Rock Boshers, Iron Crypticle – all by Limited Run Games). It’s a shame Microsoft doesn’t currently support small order runs of physical games, as I am sure a lot of Xbox owners would appreciate it if they could. But back to your question, yes, if any opportunities come along to make physical versions of our games, we are always keen to pursue them!


PS4B: And that’s all the time we have for today. Is there something else you’d like to add before we end this one?

Thank you for your questions. I would just like to say the whole team hopes everyone has a great time with our new game! You can grab it on the Nintendo Switch eShop, the PS4 PSN store (it runs on PS5 too!), and the PlayStation Vita console store too! We have a Steam page up now where you can wishlist it – and the Xbox version is currently being finished up and should be releasing sometime in May 2021. 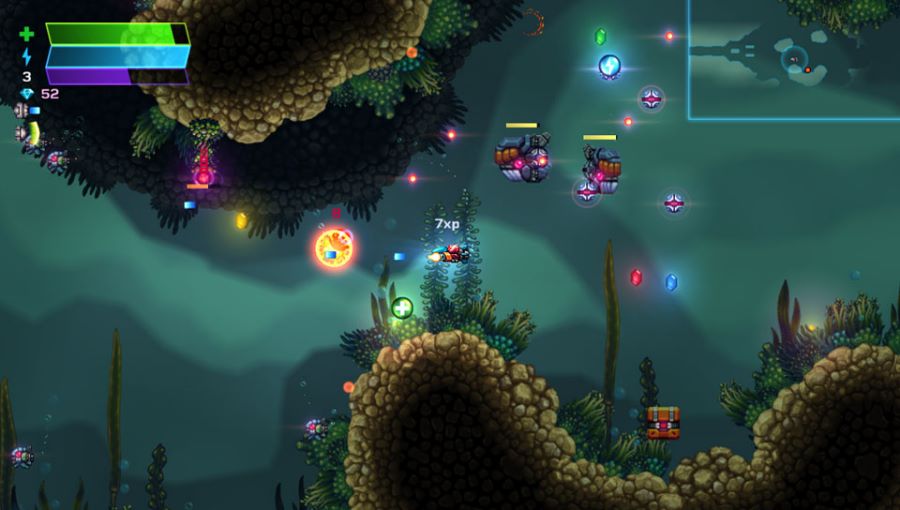