In Legend of Keepers: Career of a Dungeon Manager from Goblinz Studios, you’ll be in charge of protecting all of the dungeons under the Dungeons Company, in a roguelite experience in which you must so whatever it takes to destroy the so-called heroes. You’ll first need to plan your defense based on what you’ll be going up against. You can check the stats of the heroes and learn a bit more about them, so that you can be ready to place the best traps and monsters to take advantage of their weaknesses. Traps will trigger when heroes come near them, while monsters must be controlled during turn-based battles. 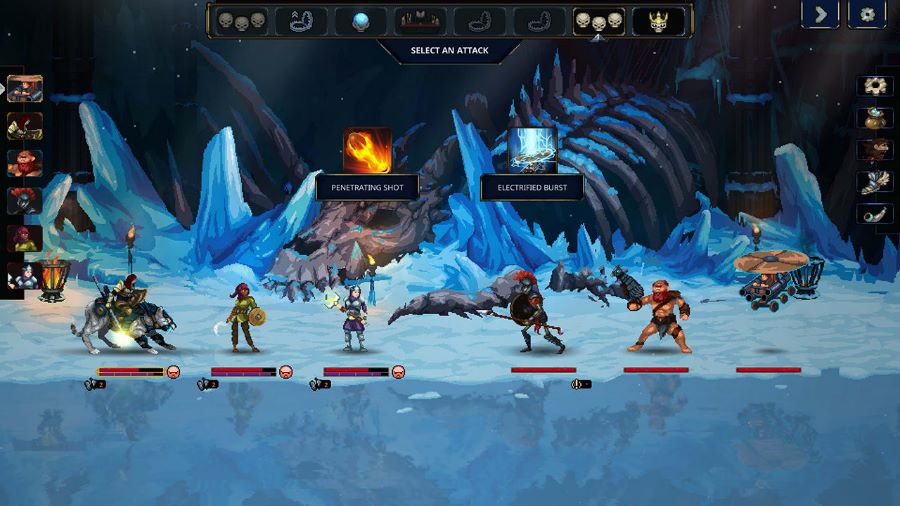 For example, let’s say you have to protect a dungeon from a trio of heroes. Each one will have different stats for you to consider. Their hit points are important, but so are their armor, or resistance or weaknesses to fire, ice, nature, and air. Heroes will also come in a variety of classes, which will change the types of skills at their disposal. A Scout might have a skill that allows it to dodge the first regular trap it encounters. On the other hand, a Thug could activate a skill that applies poison to the monster with the highest life at the start of battle. Or perhaps you run into a Barbarian, who can deal damage while reducing a monster’s armor stat.


Legend of Keepers: Career of a Dungeon Manager can be played either with the Nintendo Switch Joy-Con, or by using the console’s touchscreen when playing in Tabletop or Portable Mode, or when playing on a Nintendo Switch Lite. You can move between selections with the left analog stick or the D-Pad, and confirm your choices with the A button. Perhaps you should place a bone catapult to welcome a group of heroes? Or maybe you should make the most of an empty room in the dungeon to try and ambush the heroes with a spell? That way they’ll be ready for your monsters to battle them in the next area! 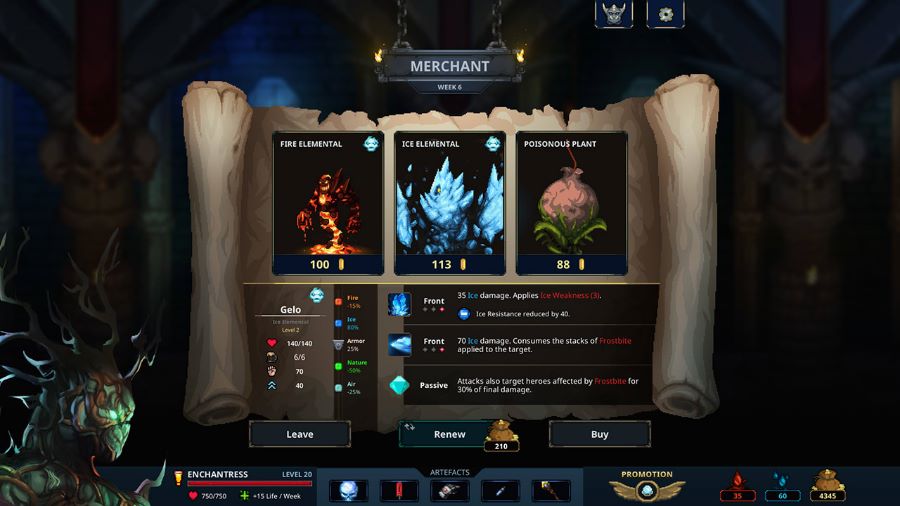 When in battle, you must always remember that the fastest combatants will always act first. You can check out the order in which each hero and monster will take its turn by checking out the portraits on the left side of the screen. This will allow you to plan your actions, so that you can make the most of the skills and advantages of each of the monsters under your command. Killing heroes is not the only way you can be victorious, since you can also lower their morale so much, that they end up running scared out of the dungeon.


If your traps, spells, and monsters can’t get the job done, then you will still have one last chance to defeat the heroes as the boss manager that will be guarding the loot itself. A boss manager will have more skills from which to choose from, which will usually be more than enough to get the job done during your initial runs when you’re still battling low-level heroes. A couple of major hits should do the trick, either sending them out running and screaming for mercy, or breaking their bones in one blunt attack. 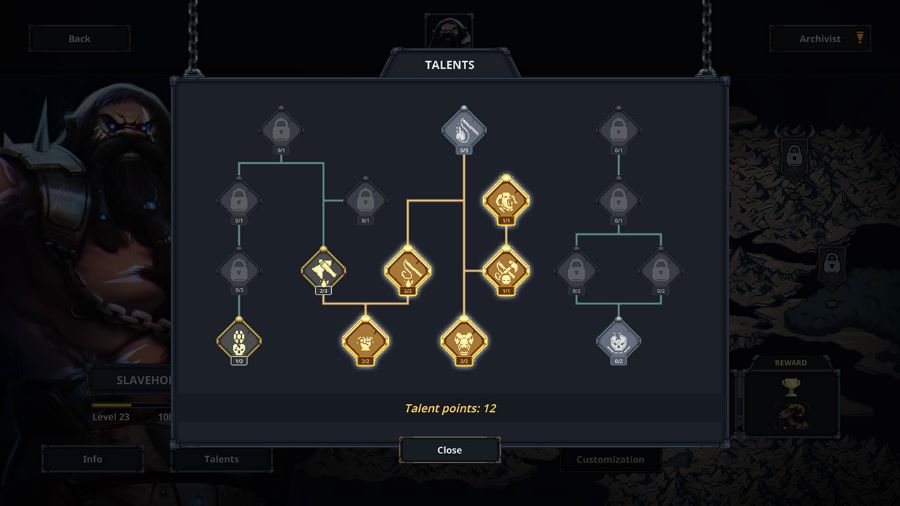 Based on your performance, you will gain experience points that will allow you to level up. As you do this, you will gain Talent Points, which you can allocate to improve your odds of victory. You could, for instance, unlock a chance for you as Dungeon Master to gain a shell protection spell, which will lower damage taken from attacks by 20%. Or maybe you want to take a more dangerous path and use tour Talent Points so that the Dungeon Master has a chance to gain enraged each time it receives damage, which will boost its attack power and how much it lowers it’s enemies’ morale with each hit.


For each run in a mission, you’ll be able to select different tasks as you go from week to week. One week you might need to defend the dungeon, while on the other you might get a chance to pick between buying a new monster or trap, spending some gold to train your active monsters, or spend some coins to improve and upgrade your current active traps. There could also be an option for training as Dungeon Master to give you a boost, or perhaps you’ have to deal with some issues back at the office that demand your attention. You might also be forced to select having an unwelcomed visit from one particular department that is out for blood, but hopefully you have better choices available for that week. 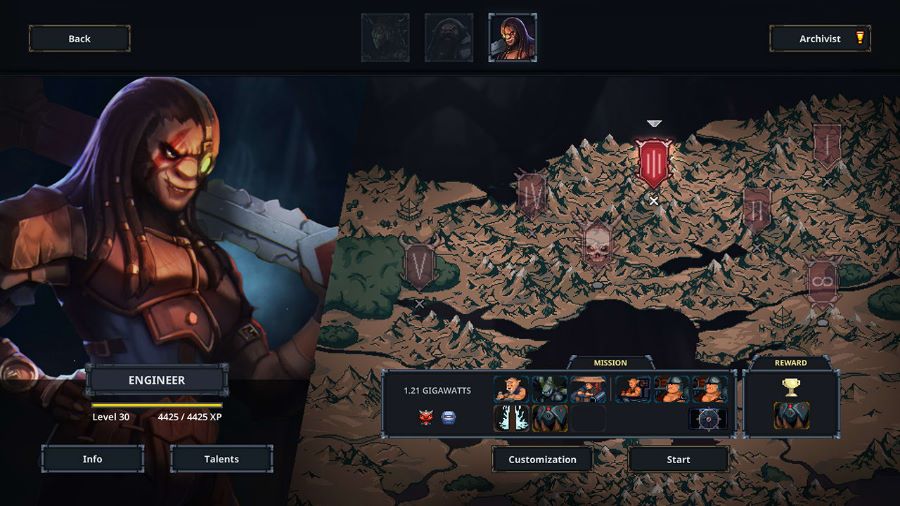 Legend of Keepers: Career of a Dungeon Manager has a very addictive gameplay loop that will keep you coming back for more. My first time playing the game for this review, I ended up playing until way too late at night because I just wanted to improve my current monsters while unlocking more powerful – and rare – monsters by taking on veteran groups of heroes that almost managed to defeat my Dungeon Manager. If I had one complaint, is that the font is a bit on the small size, which is something that keeps happening more and more in 2021. Legend of Keepers: Career of a Dungeon Manager is out on Nintendo Switch with a $19.99 price.

Disclaimer
This Legend of Keepers: Career of a Dungeon Manager review is based on a Nintendo Switch copy provide by Goblinz Studios.

Labyrinth City: Pierre The Maze Detective On Its Way To Switch