Secret Neighbor from Hologryph and Tiny Build is a multiplayer sequel that expands on the horror elements of the original. Check our Secret Neighbor review!

A group of kids tries to sneak into their creepy Neighbor’s basement to rescue their missing friend. The only problem is one of the players is a traitor in disguise.

Hey, do you remember Hello Neighbor? The 2017 game from tinyBuild Games where you played a kid sneaking into his neighbor’s house to try and figure out the secret of his mysterious neighbor. Fast-forward to today, and we have a multiplayer sequel that expands on the horror elements of the original game. Interesting idea, right? But… is it any good? Secret Neighbor is an asymmetrical horror game akin to games like Friday the 13th or Dead by Daylight. In this iteration, six children try to break into their neighbor’s house, convinced he has one of their friends locked in his basement. I say six, but, as it turns out, one of the kids is the neighbor in disguise!

Overlooking the logistics of a fully grown adult disguising itself as a child to the point where they are convincing enough to blend in with five other kids is genuinely an interesting premise. Unfortunately, I’m here to tell you that poor execution ruins a good idea. The kids are trying to rescue their missing friend, and in order to do this, they must find six keys to help them unlock rooms in the house. They’ll ultimately gain access to the basement. At the same time, the neighbor is pretending to be a child and trying to do away with the others in a sneaky way so that he can stop them from breaking into the basement.


But here’s the rub of this game: the neighbor feels overpowered even when going up against the five children. The moment the neighbor switches out of his kid disguise, he is able to grab any kid within range and do away with them instantly. Others are able to help by throwing items at the neighbor to stun him or force him to drop the kid, but the stunning period of the neighbor does not even last a second when the neighbor grabs hold of a kid. The kid is unable to break free unless they are using one of the six unique classes that have that ability. Even then, there is no reason to try as the neighbor still wins the struggle! 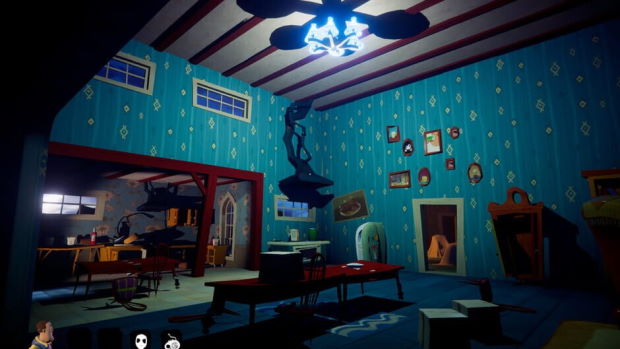 The other kids have no reason to help you as you will likely be consumed in seconds. In all the games I played, when the game wasn’t crashing due to one weird bug/crash, I was able to win a match as a neighbor in 30 seconds without ever changing into the neighbor. I never once saw a victory for the children simply because the neighbor was always defeating all of the children too easily. In another match I played as the neighbor, I waited out the 15-minute time limit of the clock just to see what would happen, and sure enough, I was handed a timeout victory because the kids were unable to find all the keys needed to get to the basement.


Needless to say, the game feels unbalanced. There is not even a need to disguise yourself for too long when playing as the Neighbor. You can easily just steamroll the children and be done with it regardless of which child you play as. If you are playing as a child, then you are all but playing on the losing team, and defeat is all but around the corner.

There is not much to say about the game as there isn’t much there, to begin with. After you play each class once, you will know everything there is to know about them, and there is zero incentive to try them again if you dislike them. There is no reason to play classes you actually like as there is no progression in the game. There are no levels to gain, no new abilities to unlock, but there are loads of cosmetics to buy. Should your connection manage to live long enough to see a match to the end, you can gain a pathetic amount of coins at the end should you win a match. It feels as though all the attention went into creating the store to encourage players to buy costumes, but none went into making a compelling game. 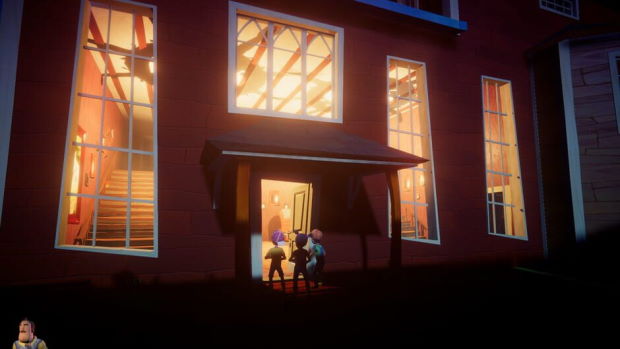 There is literally just the one game mode. The only sense of variety you get is in the randomly selected maps, the different kids you can play as, and the ability to occasionally play as the neighbor. There isn’t even a tutorial. You would think something as basic as a tutorial would feature in a game like this but no. At the title screen, you are prompted to pick your child, pick your neighbor – if it ends up being you – and try to find a game. In my first few games, I had no idea what anything meant. I could interact with a lot of empty drawers and occasionally pick up items, but as everything was junk and seemingly had no immediate use, it was not immediately clear that they could be thrown at the enemy, so I was useless during that first match.


I could spend a lot of time talking about how disappointing the game is because, as mentioned already, it is a great idea. Six players all supposedly on the same side, but clearly, one of them is secretly fighting against the interests of the team. The visuals are nice, the art style and the world design are interesting, at least for a little while. The controls feel adequate though nothing interesting, but outside of that, there is nothing else to add that will detract from the disappointment that is Secret Neighbor. 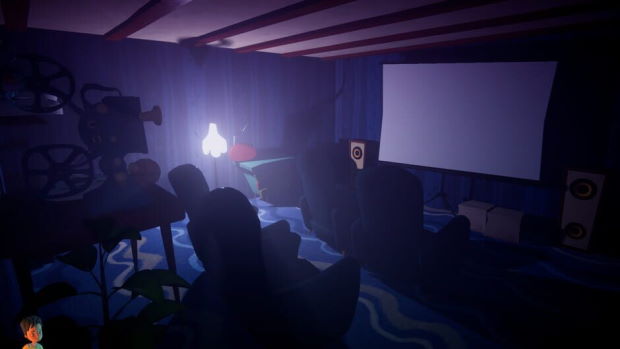 Should you play this game? No, just… no. This should have been an add-on to the original game at best and not something that can stand on its own. Add in the microtransactions and the lack of content, and the price can’t really be justified. Just like the titular Secret Neighbor, I would avoid this one at especially as there are way better alternatives available on the market.

Disclaimer
This Secret Neighbor review is based on a PlayStation 4 code provided by tinyBuild Games.

Backworlds Out Today On Nintendo Switch