It’s 2021, and you know what’s been missing from Nintendo Switch? The Mysterious Trilogy games in the Atelier series! After releasing the Atelier Arland Series Deluxe Pack back in December 2018 with Atelier Rorona ~The Alchemist of Arland~ DX, Atelier Totori ~The Adventurer of Arland~ DX, and Atelier Meruru ~The Apprentice of Arland~ DX on the Nintendo Switch, Koei Tecmo America followed that up with the Atelier Dusk Trilogy Deluxe Pack. This one bundled together three additional games with Atelier Ayesha: The Alchemist of Dusk DX, Atelier Escha & Logy: Alchemists of the Dusk Sky DX, and Atelier Shallie: Alchemists of the Dusk Sea DX. 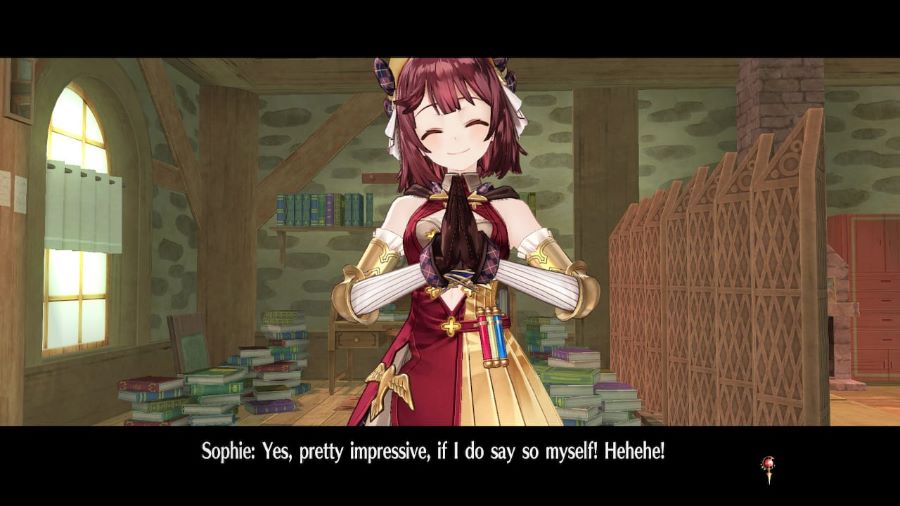 Before I dive into talking a bit about each game, allow me to mention what’s so DX about each of these three games. Starting with Atelier Sophie: The Alchemist of the Mysterious Book DX, you get all of the DLC rolled into the main experience, a photo mode, a sprinting option as well as a fast-forward for battles to greatly speed up the experience, new story episodes, and three new cauldrons to aid you on your journey. Atelier Firis: The Alchemist and the Mysterious Journey DX adds four new vehicles/exploration tools, all DLC, the aforementioned photo mode, as well as being able to speed up battles. And then we have Atelier Lydie & Suelle: The Alchemists and the Mysterious Paintings DX, which adds a new painting based on the world of Nelke & the Legendary Alchemists: Ateliers of the New World, which adds more story to experience, as well as a new boss to fight! There are also new Nelke’s World painting fragments scattered around, and the photo mode and fast-forward for battles also make an appearance.

But wait, there’s more! The Atelier Mysterious Trilogy Deluxe Pack also includes a digital artbook for each of the three games included in this collection, showing a ton of art for Atelier Sophie: The Alchemist of the Mysterious Book DX, Atelier Firis: The Alchemist and the Mysterious Journey DX, and for Atelier Lydie & Suelle: The Alchemists and the Mysterious Paintings DX! As you explore each digital artbook – which installs as its own app on the Nintendo Switch main menu – you’ll get to listen to some songs from the corresponding game, which is definitely a nice touch. You’ll get to see the artwork used to promote each release, design sketches using during the development of each game, and more! 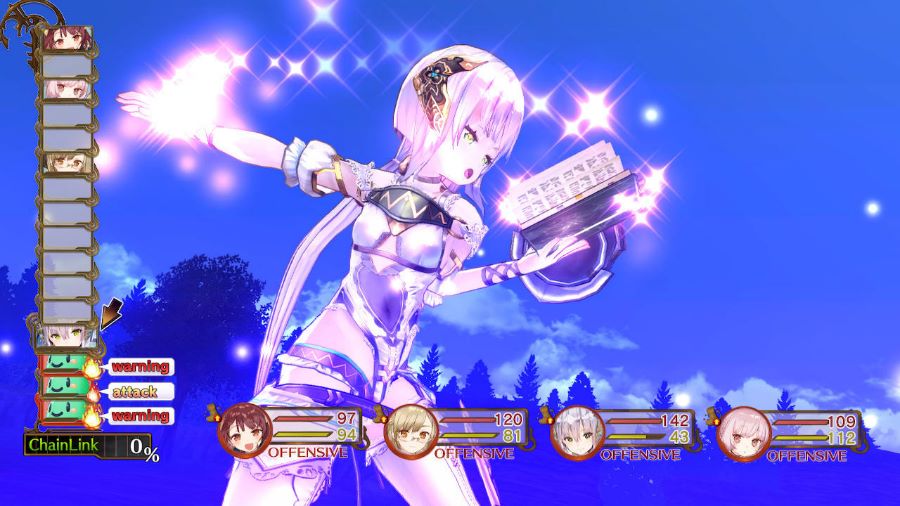 Atelier Sophie: The Alchemist of the Mysterious Book was the first game in the long-running series to make the jump to a new engine, and this certainly helps to make everything pop on the screen. The character models are mode defined, the locations you’ll visit are so lively, and there are just more things to do when compared to the previous trilogy of games. It also introduces a very important change to the franchise’s formula: the time limit is gone! It used to be that for previous games in the Atelier series, you’d have a set number of days for completing this or that task, which meant that if you wanted to see as much of what the game had to offer, you pretty much had to follow a guide almost perfectly.

A very fun element for the franchise is the synthesis system, by which you take the many resources and ingredients found during your adventure and try to combine them to create new items that can aid you on your journey. Sophie will need to improve her knowledge of alchemy to be able to learn new ideas that will help her perform more complex alchemy. The materials you select and their quality will have an effect on the final product, and there’s definitely some trial and error involved in this system as you learn from your mistakes.

As for the Mysterious Book in the title, this turns out to be an ancient book that has lost its memories. Oh, and the book talks! Her name is Platcha, and she’s a book that Sophie’s grandmother used to keep at the atelier. It’s up to Sophie to do all she can to restore the book to its former glory… and to its former human form! The more alchemy recipes Sophie manages to write in the book, the easier it will be for Plachta to recover from what happened to her. You’ll also be able to customize her look by way of the items you create with alchemy. 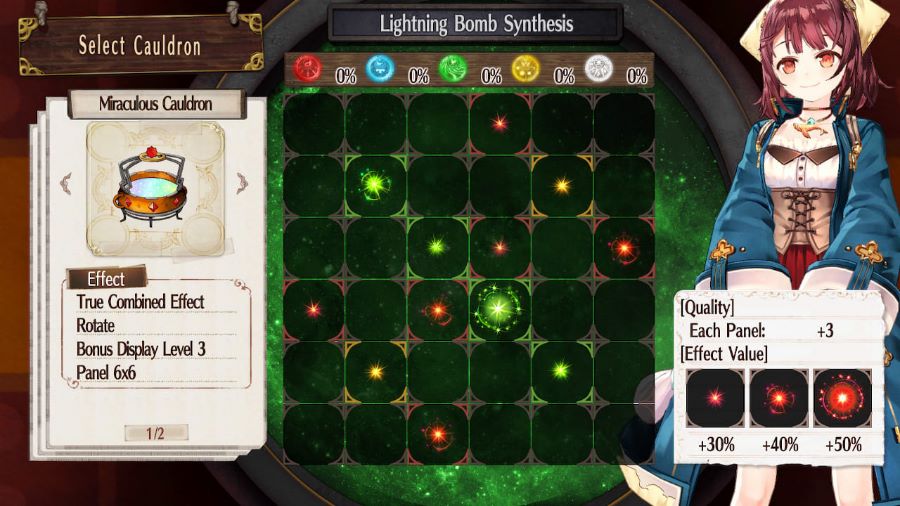 Battles in Atelier Sophie: The Alchemist of the Mysterious Book, and in the other two games included in this awesome collection, are of the turn-based variety, which means that you’ll have to pay attention to the turn order, displayed on the left side of the screen so that you can plan your actions accordingly. Using regular attacks will certainly be faster than using one of your special skills. Special skills will deal more damage or do a good job at healing your wounds, but they will probably land after an enemy manages to attack your party, so you’ll need to pay attention to every character’s health at all times. 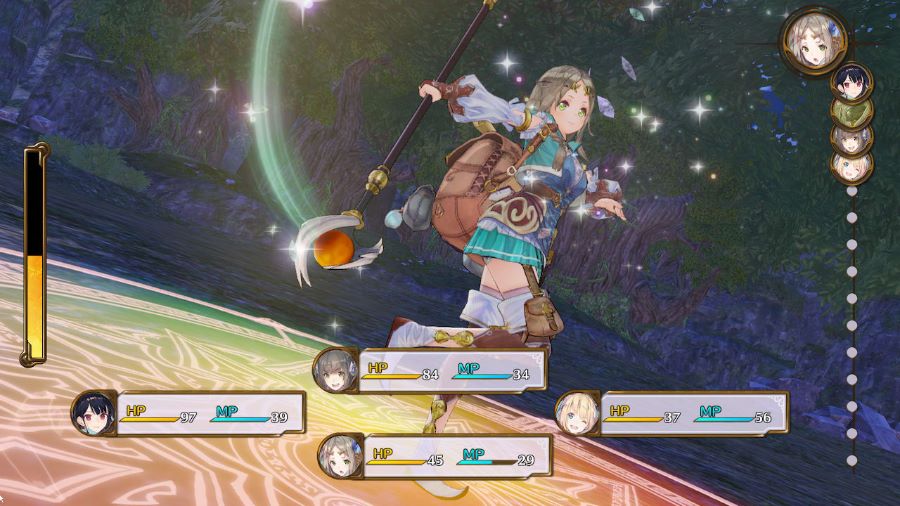 Atelier Firis: The Alchemist and the Mysterious Journey DX is the second game in this deluxe trilogy pack. It follows the story of Firis Mistlud, as well as of her sister Liane. They have lived their whole lives in the mining town of Ertona, a location isolated from the world. Firis learns about alchemy by chance after Sophie Neuenmuller, the protagonist of the previous game, visits Ertona. This encounter helps Firis decides that it’s her destiny to set out on a quest to learn as much as she can in order to become a certified alchemist. There’s a lot to do outside of Ertona, and her adventure will help her grow as a person.

Firis Mistlud has a very special ability that will prove to be very useful for her alchemist aspirations: she can sense the precious ore near her! This entry in the long-running franchises mixes elements from previous games since it technically sets a time limit on what you can do before opening things up for you to explore at your own pace. You will have a year – that is 365 days – to reach Reisenberg and pass the test to become an alchemist. Every action you perform will use up some time from your total, so be sure to pay attention to how much time you have left to pass the test! 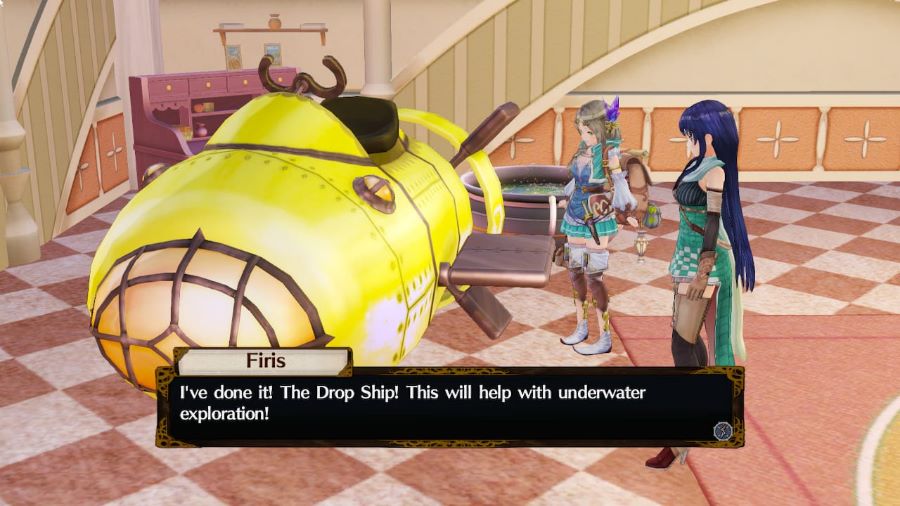 Once Firis proves herself to have what it takes, you’ll be using a moving atelier – something that is very unique and different from how alchemy has been handled in previous entries in the series. As long as you can find a campfire to use as your base, you’ll be able to recover, do some alchemy, and save your progress so that you can carry on searching for new resources, meeting new characters, and taking on new challenges, in a game that acts as a good evolution to the series. 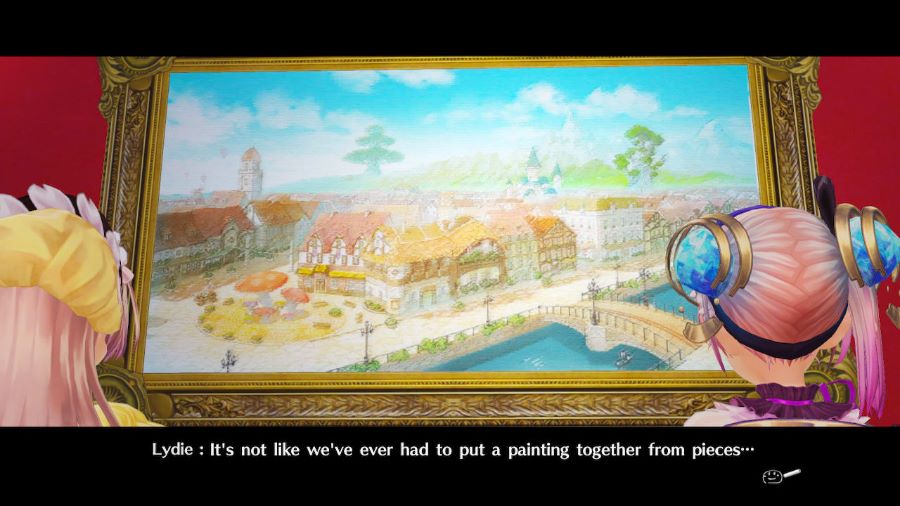 Lydie and Suelle work at an atelier alongside their father, which is weird since he’s actually not very experienced with alchemy, which is why they don’t have many customers. The girls themselves are also inexperienced alchemists, and without many clients, it’s hard for them to gain the knowledge they need to succeed. That is, until one day, something very strange happens. The twins find a rather peculiar painting. Upon closer inspections, they end up being sucked into the painting!


The good news is that the painting is packed with rare materials and other resources that can be used during alchemy, which can certainly help to turn the tide of their business. They’ll be helped in this adventure by the more experienced Sophie Neuenmuller and Firis Mistlud while also getting to meet characters from the other two games in the Mysterious Trilogy. The turn-based battle system makes a return, as does the synthesis system by which you’ll be creating items to complete quests, increase your ranking, and get a chance to make more powerful items. 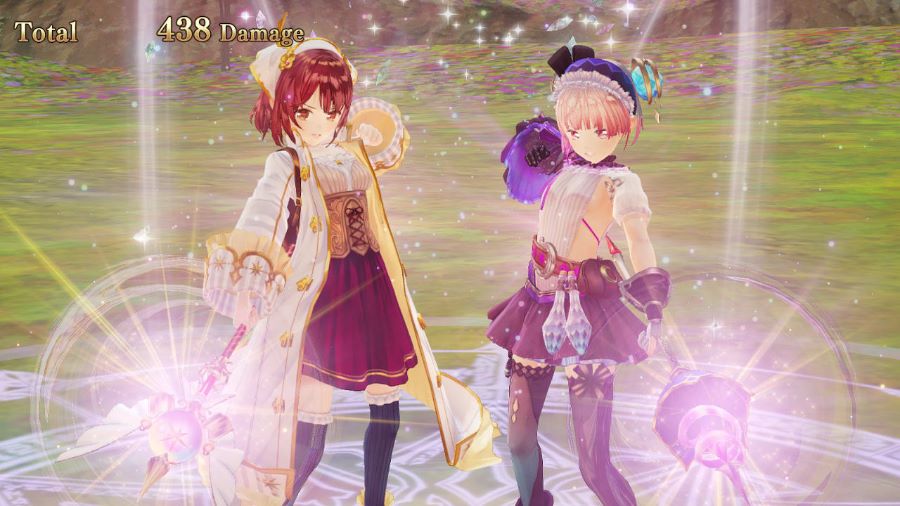 Thanks to the Atelier Mysterious Trilogy Deluxe Pack, you can now enjoy nine grea games in the franchise on Nintendo Switch to play at home or on the go, available at great prices for all of the content you’ll get from each one. You can buy each game on its own for $39.99, or go all in and get the Mysterious Trilogy for $89.99, saving you almost $30 in the process, making it an easy package to recommend on Nintendo Switch. 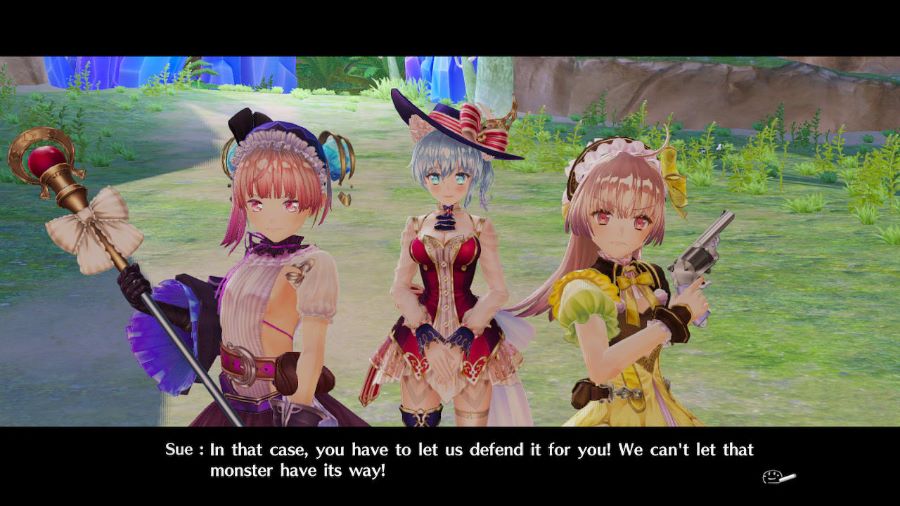 Disclaimer
This Atelier Mysterious Trilogy Deluxe Pack review is based on a Nintendo Switch copy provided by Koei Tecmo America.

Wonder Boy: Asha in Monster World Out On May 28