I got a chance to review Deiland from indie studio Chibig back when it was released on PlayStation 4 in 2018. The team took the game to Kickstarter in 2020, seeking €10,000 in funding to take the game to the Nintendo Switch in a remastered version. Thanks to the support of more than 3,300 backers, and after securing over €75,789 in funding, it’s now 2021, and Deiland: Pocket Planet is ready to go on Nintendo’s console! The project even managed to reach some extra stretch goals, so what we’re getting on Nintendo Switch is now the definitive edition. 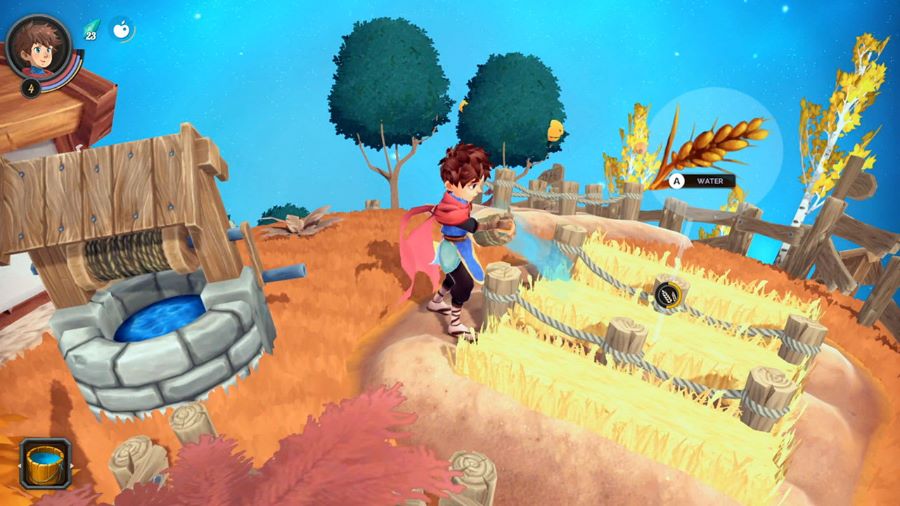 Think of Deiland: Pocket Planet as a reimagined take on the original version. It features a new look, new music, new content, as well as a seasons system. On top of this, all previous DLC for the game on PC has been rolled into the main game right from the start! The new seasons system, in particular, changes how you approach things. Each season will last seven days, and the resources you can find in each season will vary.

Your journey as Arco, the ten-year-old boy who lives in Deiland… and is actually the planet’s Prince! You’ll soon meet Mün, who is part of the Interstellar Patrol. She finds Deiland, which is not tracked on any map, and first thinks it’s inhabited. She then gets to meet Arco and sets out to help him learn more about what you need to do to survive on your tiny planet. Your first quest will be to craft a how so that you can tend to your crops. Next up, you’ll have to craft a hammer so that you can destroy some of the rocks around the planet for them to be used as crafting materials as well. 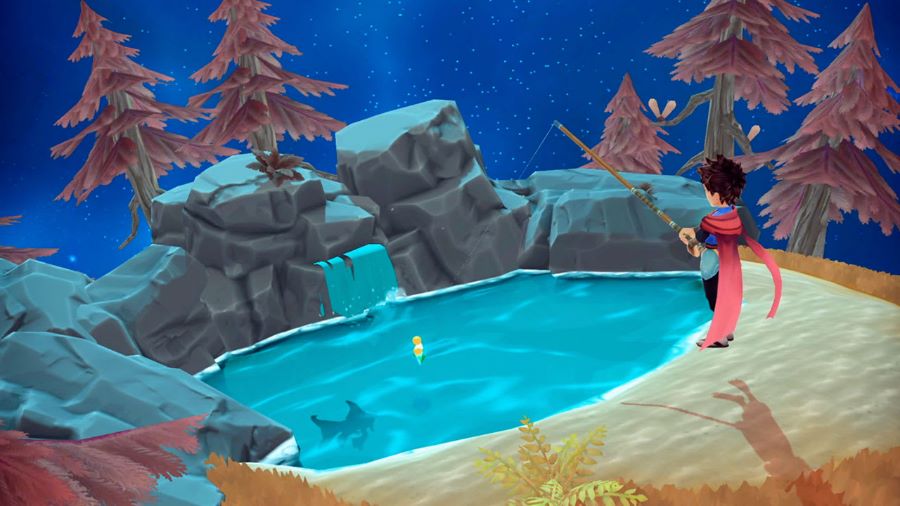 By pressing up on the D-Pad, you’ll be able to check your inventory. In here, you’ll review your provisions, any crafting materials you’ve collected, any special items in your possession, the calendar so that you can know what day and what season you’re currently in, as well as check on Arlo’s stats. He’ll have life points to keep an eye on, energy points used to perform actions, as well as experience points he’ll gain in order to level up and boost his strength, intelligence, agility, and stamina. You’ll level up once you have enough experience points and go to bed to get some sleep. You can also see how hungry he is, so you should eat to keep him healthy!

Every now and then, you’ll have to defend Deiland from monsters that are trying to invade the tiny planet. By using your mighty axe and your strength, you’ll be able to attack the monsters to drain their hit points. During your first battle, you’ll be lucky enough to have Mün by your side, so she’ll shoot at enemies from a safe distance as you swing your axe to deal some extra damage. Defeat all three monsters, and you’ll have completed your most recent quest, leaving you ready to get some much-needed rest!


You’ll also get to meet Locke, a traveling magician who will visit Deiland to offer its wares, as well as to buy anything you might be looking to sell. Since humans can’t use magic directly, Locke guards the essence of magic inside of potions, which humans can then use. He will also sell resources you could use for crafting, such as a glass bottle, a pine nut, a rare piece of metal, a flask of oil from sunflower seeds, or a healing potion that can help Arco recover some of its lost health. 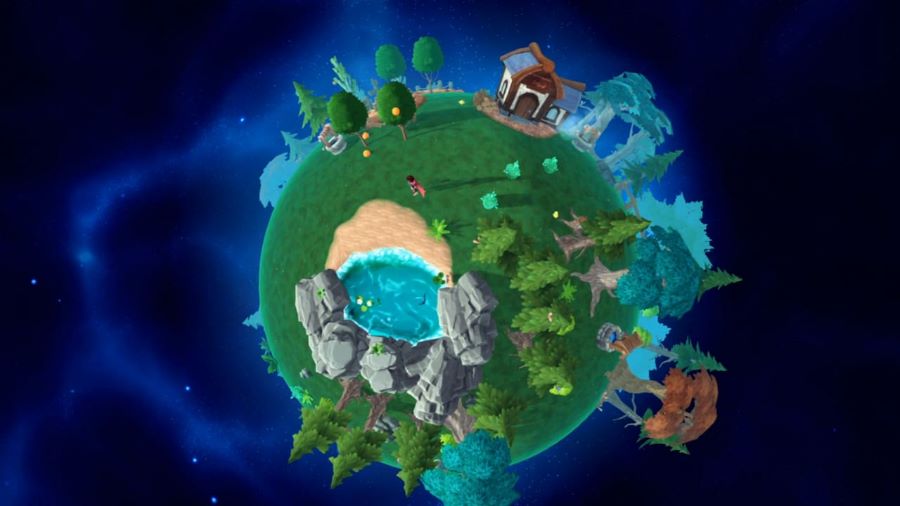 And then, there’s Brram, a Qüido chef. If you’ve played Summer in Mara, you might remember that Brram is Taka’s nephew, who dreamt of becoming a chef. As you can see, his dreams have come true, and now he’s going to be visiting Deiland to buy some of the fish you’ve caught, as well as to sell you some fine cheese, bread, and other food items. He will also teach you how to build fences so that you can protect your harvest from monsters!


As you progress through the game, you’ll gain access to new upgrades for your settlement. You’ll be able to build a workshop where you can craft items such as thread, fabric, and glass bottles. You’ll also be able to build a kitchen where you’ll get to cook some sweet and savory dishes to keep Arco healthy. You can also unlock improved versions of your tools at the forge so that you can improve the effectiveness of your axe, hoe, hammer, water bucket, torch, or fishing rod so that you can maximize the way you use your energy. 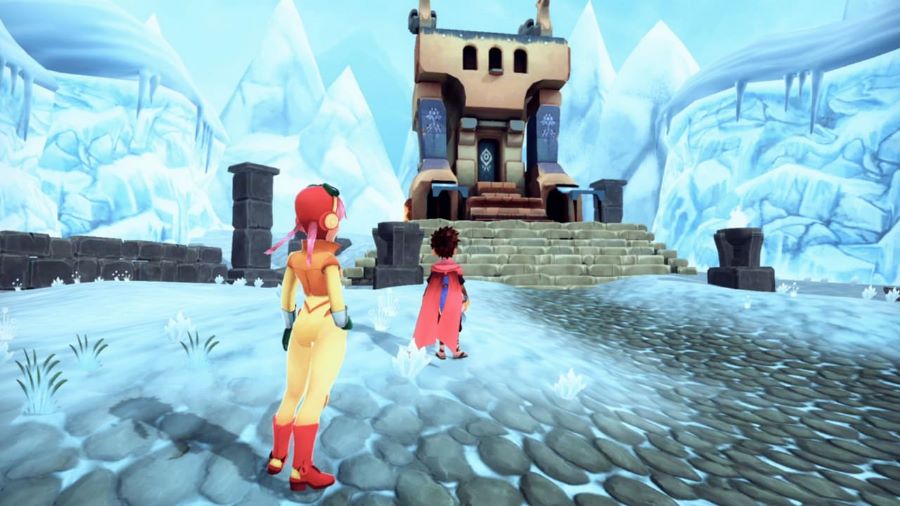 If you’re looking for a colorful, relaxing, and chill experience on Nintendo’s console, then Deiland: Pocket Planet from Chibig is a good option to take for a spin at home or on the go. You’ll always have something to do every day of every season as you plant new fruits and vegetables, meet new characters to interact with, and complete as many quests as possible. Deiland: Pocket Planet is out on Nintendo Switch with a $19.99 asking price.

Disclaimer
This Deiland: Pocket Planet review is based on a Nintendo Switch copy provided by Chibig Studio.

Disgaea 6 Out Next Month On Nintendo Switch