We’ll be working on a review for Explosionade DX, so I got in touch with Mommy’s Best Games to talk a bit about the game. Come check it out!

Hi all, I’m Nathan Fouts of Mommy’s Best Games. I specialize in 2D action games with a twist. I like retro games, but I always like to add something more –some new bit of gameplay to make each release special.


PS4B: On that note, Explosionade DX is out on PlayStation 4 and Nintendo Switch. What can you tell us about the game? What’s the difference between the regular edition and this new DX version?

You take it for a spin in the sewer and discover a second invading alien horde that endangers everyone.

This mech has special abilities, such as self-replicating MegaNades, and a very mobile bouncing shield. Hop in, and grab a friend because there’s two-player co-op as well!

The DX version has 60 screen-sized levels, 20 more than the original XBLIG release from ten years ago. We’ve rebalanced almost every level in the game, making each level more interesting and a bit more challenging.

Some levels take less than a minute to complete, but some will kill you quickly, making you take a step back to figure out the alien attacks.

This game is intentionally NOT a brutally hard game. With that in mind, I consider that veteran run and gun players will have the most fun on Serious mode (Hard).

Explosionade DX has online leaderboards, plenty of trophies – along with a Platinum trophy! -and it’s only $5.99. Perfect for a quick and easy night of blasting some baddies! 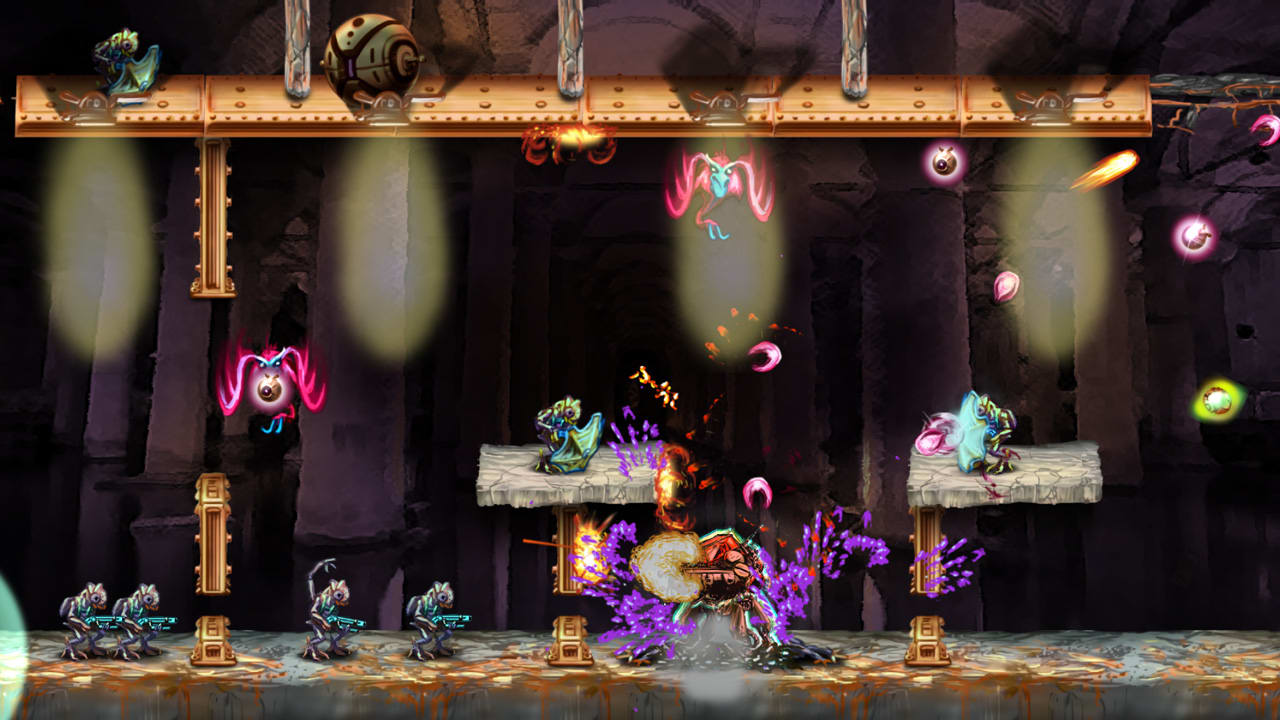 PS4B: How long did it take to port the game to consoles? Did you run into any hurdles or challenges along the way?

The port was originally going to be more straightforward. It was to get the leaderboards working online, up-res the graphics to 4K, and get the Trophies working.

But once I got the original level editor working again, I started adding new enemies, rebalancing levels. The whole game felt much better and was a bigger package.

It’s a quick and breezy arcade-style run and gun, almost like Bubble Bobble but with guns. Getting to add more levels and more variety felt great. But that took extra time. Probably about six months of development in total to revamp and port it. 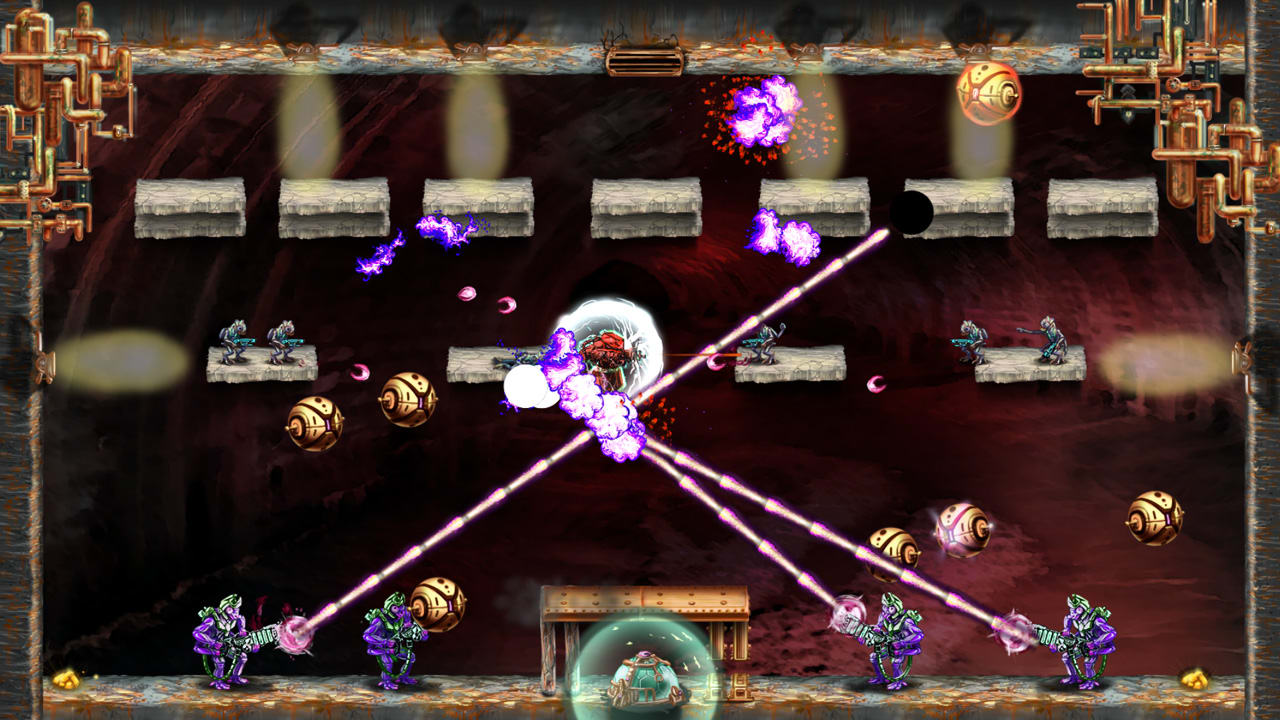 PS4B: Pig Eat Ball got a physical release of only 1,500 copies by way of Limited Run Games, which quickly sold out. I was wondering if there was still a way for fans to get their hands on a physical copy.

Yes, I was pumped to have that happen. Getting a physical release of your game? Man… it’s a dream!

Pig Eat Ball is what I call an arcade adventure.

It plays like a dozen different arcade games mixed together, connected by a hub world and wacky NPCs. The basic gameplay is ‘what if Pac-Man got fatter while eating?” You solve puzzles by figuring out how to squeeze through mazes and eat all the balls. But there’s lots of thematic variety, enemy challenges, and even bosses!

To have Limited Run be excited about it and push it to a real LRG release was amazing.
Because of that, I took things one step further.

Limited Run Games sent me a few promo copies. I’ve offered to sign them and sell them at the same price in my store, but I also make some custom copies of the box! I basically cover it in barf! Okay, not real barf, but it’s bright green wax that creates a seal over the PS4 box. You can choose to open it or leave it sealed. Either way, it looks amazing! You can get a copy at my web store. 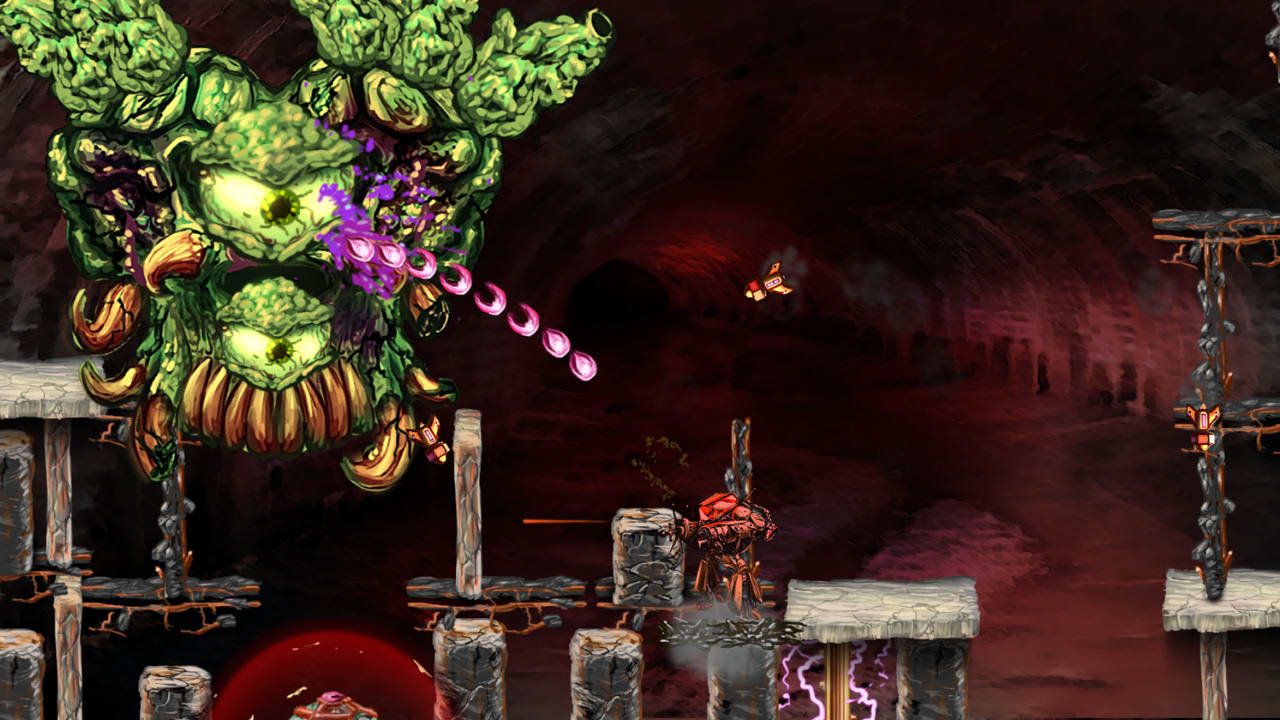 Thanks to everyone who has supported me and played my games! I hope you enjoy some gleeful alien-stomping with Explosionade DX.

If you missed our previous PS4/PS5 release, make sure to check out Shoot 1UP DX. Imagine a vertical scrolling shoot ’em up, but in this one, you play all your ships at the same time! 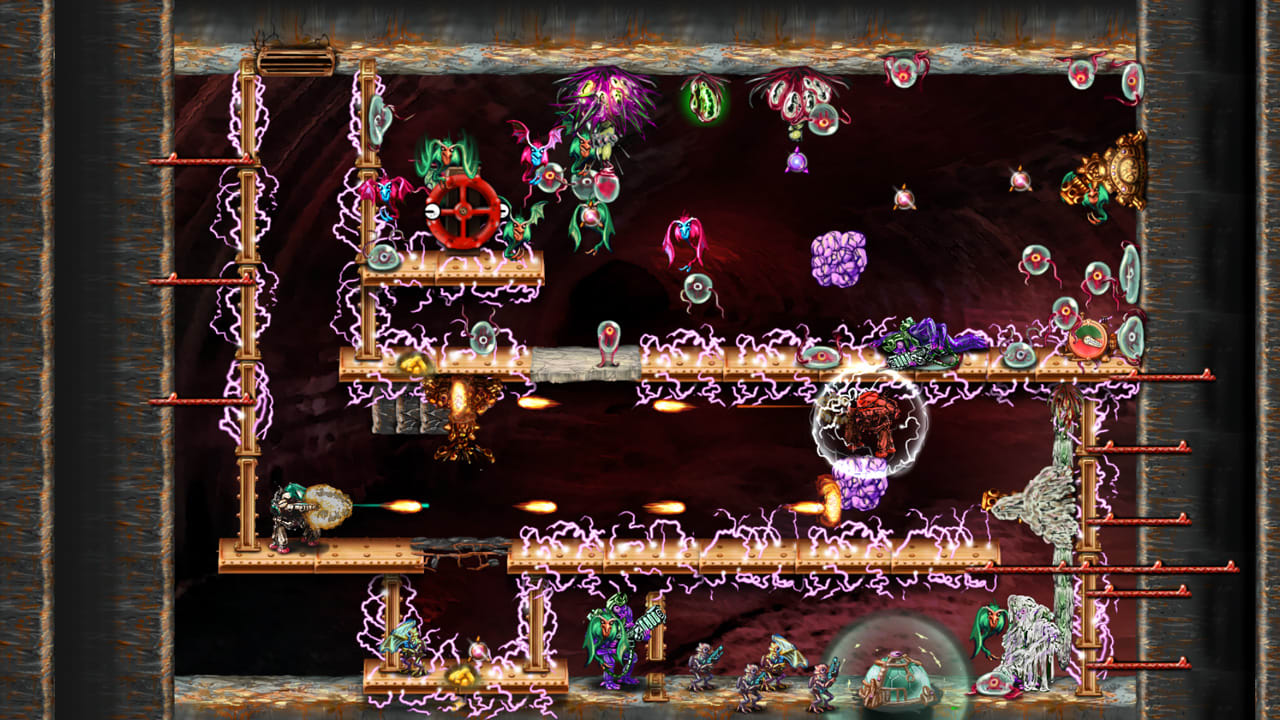