This is a double review for Ladders by POWGI. Ceidz and EdEN played the game, and this review presents what they both had to say.

Make new words by changing one letter at a time. The goal is to turn one word into another using only a limited number of steps.

Ladders by POWGI is the newest word game from Lightwood Games to release on the PlayStation 4 and PlayStation 5, in which you have to make new words by changing one letter at a time. Your objective in this release is to go from the original word to the last one of the ladder with no more than the number of steps there are.

The actual gameplay has you selecting a letter to go down (or up) the ladder, one step at a time. Although the words themselves make a lot of sense when you are in front of the result, I thought that most of the puzzles were quite hard to solve, with words that aren’t commonly used in your day-to-day.

The difficulty raises progressively through the levels by increasing the number of steps between the two words and then increases the number of letters in words (it goes from 3 letters word, then goes up to 4 and so on). After each level is completed, you’ll be rewarded with a signature POWGI dad joke.

As for the game’s presentation, you’ll be in front of the classic POWGI look and feel, with the background song that you should recognize from previous releases. I loved that Ladders includes a dark mode which isn’t present in every POWGI release and one I’m personally very fond of. 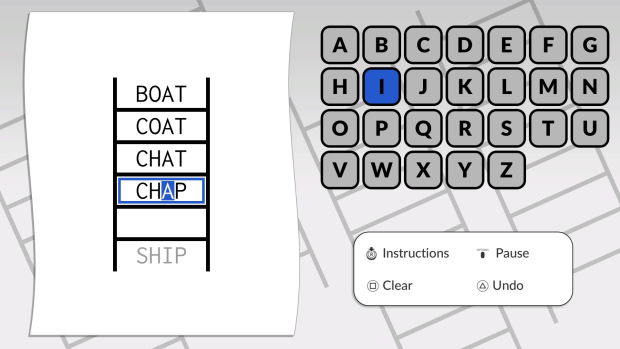 Ladders by POWGI is a great game and one that is ready to recommend if you’re a fan of word games looking for a Platinum to add to your collection. I had fun with it, and if you’re without a guide, be ready to have some tough puzzles in front of you!

Puzzle games are a big part of the PlayStation library, and Lightwood Games has an extensive catalog of games on PlayStation Vita, PlayStation 4, and now PlayStation 5. Their latest effort is Ladders by POWGI, in which you’re tasked with changing a letter for each word, starting either from the top or the bottom of the ladder – or switching between one or the other – until you meet the final word in the chain. 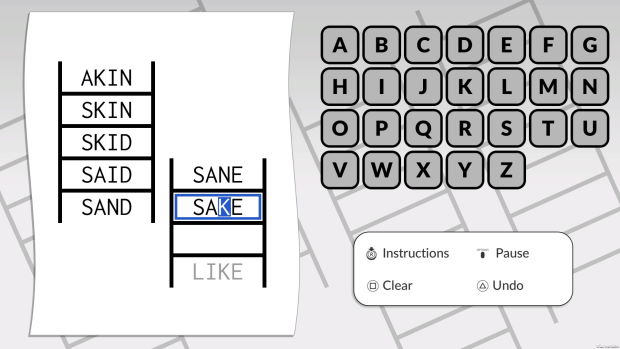 The gameplay is simple and to the point since you’ll first be selecting if you’ll be taking on the word at the top of the ladder or at the bottom. After this, you’ll pick which letter you want to change, and then press the X button so that your cursor moves to the whole alphabet on the side of the screen. Press the X button on a letter that changes the previous word into a new word, and you can carry on. Try to make up something that does not exist, and the game will let you know you’ve made a mistake.

On the trophies side of things, you’re looking at a full trophy list with 29 Bronze trophies, 10 Silver, 3 Gold, and a Platinum. Trophies are awarded for finding a word with each of the 26 letters, do a forward and reverse search, and completing up to 50 puzzles, meaning you don’t actually need to complete every puzzle to obtain your Platinum.

If you want to speed things up for that trophy Platinum, you can out a guide right here. 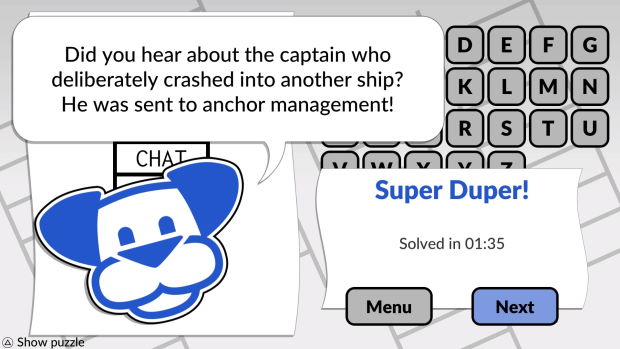 Ladders by POWGI is an original and fun title to play for fans of word puzzle games. On top of that, it’s an easy Platinum to get for all you trophy hunters out there. The game is out now on PlayStation 4, and at a budget price of $7.99, you can take advantage of this cross-buy release and get the PlayStation 5 version at no extra cost.

Disclaimer
This Ladders by POWGI review is based on PlayStation 4 copies provided by Lightwood Games.