In Chess Knights: Viking Lands from QUByte Interactive and Minimol Games is a new chess-based puzzle game on PlayStation 4. This time around, you are tasked with using your knights to rescue the prisoners in a Viking-themed puzzle experience. You’ll need to move them on top of a prisoner to then retrace your steps so that you can return to the safe zone, all while avoiding landing on any of the squares on which your knight can be captured by one of the enemy pieces. This will take place over 40 levels that increase in difficulty as you progress through the game. 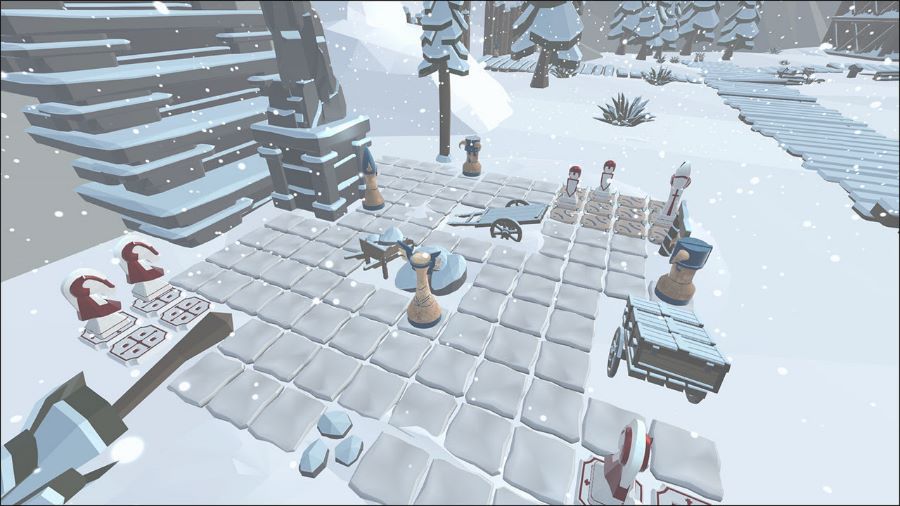 You’ll move the selector around your knight by using the left analog stick, moving the camera around with the right one, zooming in and out with the L2 and R2 buttons. Once you’ve picked up a square, you want to move to, just press the X button to confirm your action. If you need to undo a move, you can do so with the Circle button. To speed things up, you can change between your available knights by using the L1 and R1 buttons. If at any point you realize you’ve made one too many mistakes, you can reset the level by pressing the Triangle button.


If you haven’t played a game of chess before, allow me to elaborate on how each of the pieces you’ll control moves. There’s the knight, which moves around an L-shaped format, being able to move over any obstacles on its path. The rook can move horizontally or vertically for as many spaces as possible. The bishop can move diagonally in any of the four directions for as many spaces as needed. And then we have the queen, the most powerful piece since it can move as many spaces as it needs to in any one of the eight directions around it. 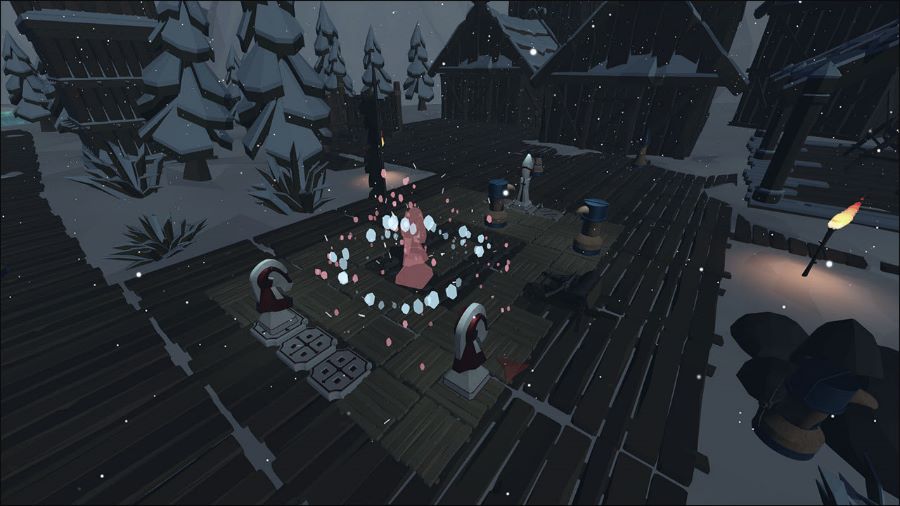 You’ll sometimes have to control more than one knight in order to rescue a prisoner, which means that some of them might need to be sacrificed for the greater good. As long as one knight manages to reach the prisoner and bring it back to the safe one, you’ll be able to continue onward to the next stage. Later stages will require that you rescue more than one prisoner while using more than one knight, and knowing when it’s the right time to sacrifice one knight to open a path towards safety for the others will be crucial. 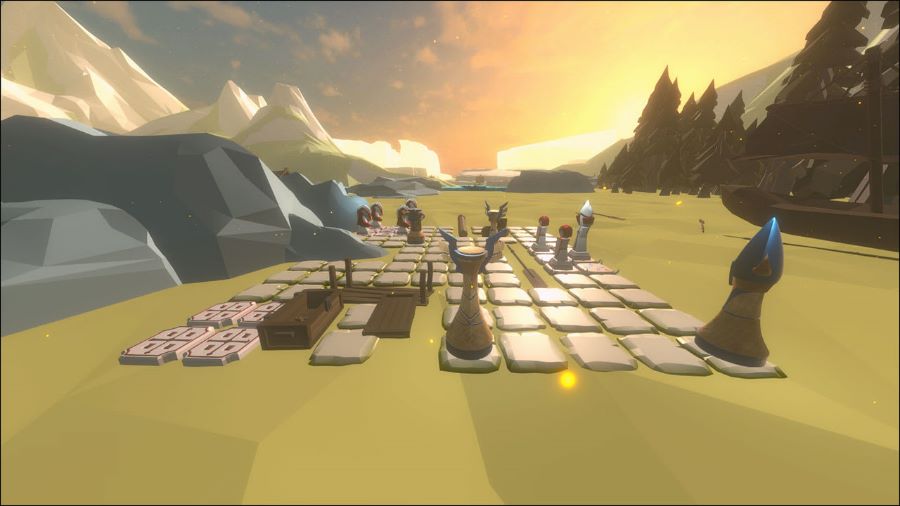 Chess Knights: Viking Lands has a full trophy list for you to work your way through as you play each of the 40 stages on offer. The list includes nine Gold trophies, four Silver trophies, and three Bronze trophies, with trophies popping at a steady pace as you progress through the game. The first trophy will unlock when you finish the first level, and you’ll then collect new trophies as you find new chess pieces guarding the prisoners you have to rescue.


If you’re a fan of puzzle games and of chess, then Chess Knights: Viking Lands is going to be right up your alley. It has 40 levels to complete, which will keep you busy for a handful of hours depending on your puzzle-solving expertise, all for a $3.99 price.

Disclaimer
This Chess Knights: Viking Lands review is based on a PlayStation 4 copy provided by QUByte Interactive.