Bishoujo Battle Cyber Panic! from eastasiasoft is an arcade-style puzzle game in which you’ll be uncovering hidden images. When you start a level, you are presented with an image with a silhouetted girl at its center. You can move in any direction on the edge of the picture and can choose to leave the edge and make a break for it to reach another edge on the picture. If you can manage to reach another edge, the part that you covered while drawing the line will be revealed for the picture. Your goal in each level is pretty simple: reach at least 75% of the uncovered image, with the percentage shown in the bottom left corner of the screen. 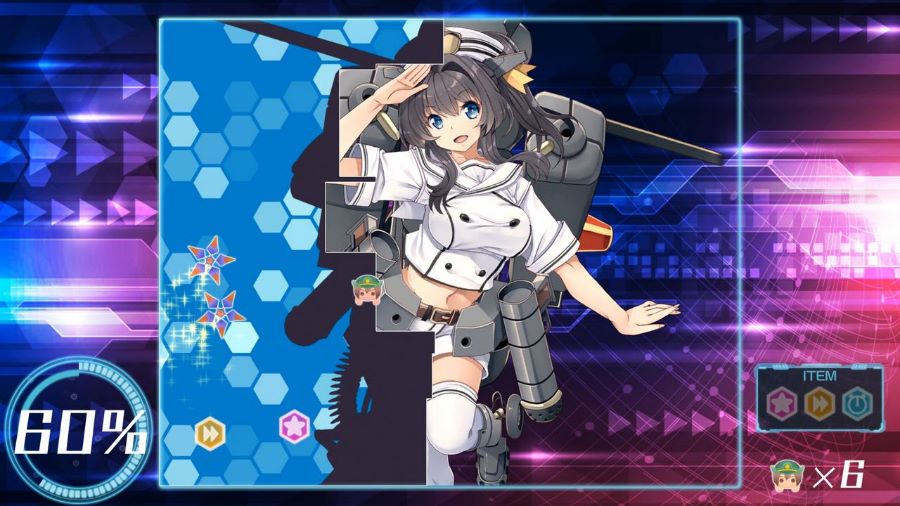 While that might sound simple, enemies come into play to complicate things. Some of those enemies simply bounce off the edges, some aim their attacks towards you, while others will chase you around the screen. If any of those enemies or their attacks hit your line, you will lose a life. Lose all of your lives for that level, and you’ll have to start over. You will also need to keep an eye out for the spider enemy on some levels since this one can move along the edges of the image, which means you can’t just sit around on the edge waiting to make your next move. The good news is that any enemy trapped within an area of the image you clear will be destroyed. 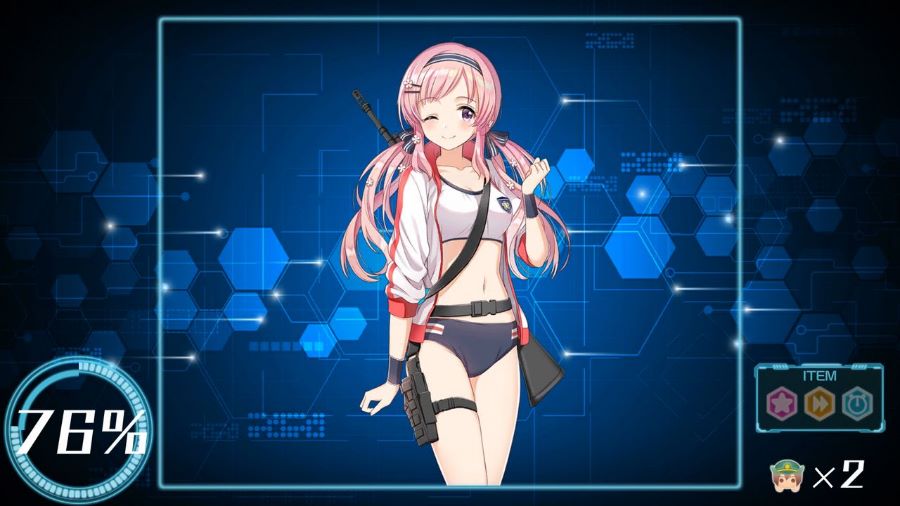 The game’s visuals are pretty simple since you are only playing on top of a hidden picture with a few enemy types that don’t vary that much over the 50 levels that the game offers. When you complete a level, you get to see the fully revealed picture, which will be your typical anime girl picture, this time showing some guns and, on some occasions, an exaggerated cleavage. 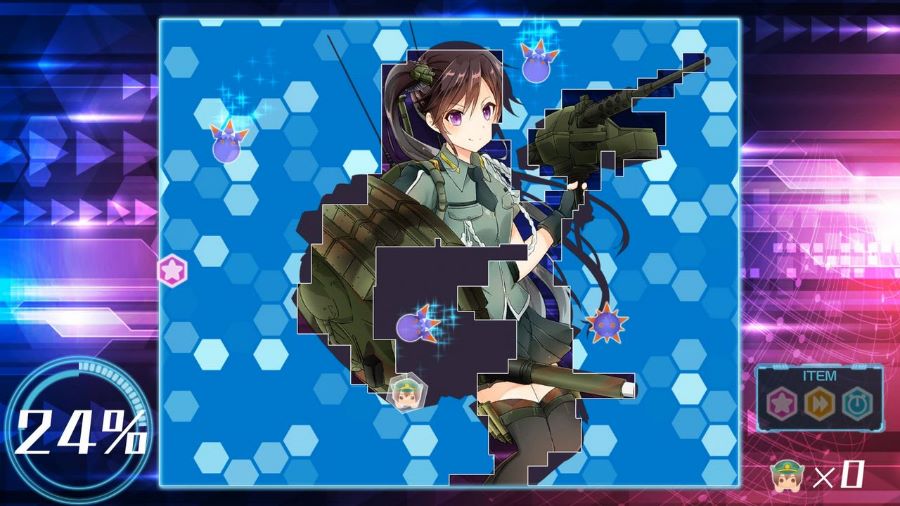 I have to say, I remember playing and loving a similar game 20+ years ago, where you have to move off the edges of a square to cover zones until the levels are complete. The thing is that it was a casual game that I played every now and then. When I dropped into this game, I had the same cool feeling when playing it, where you always want to try to clear the biggest zone possible without being caught. The problem comes from the lack of originality through the 50 levels. There are only a handful of enemy types in the game, which will just be presented in different combinations throughout each area, moving at different speeds.


The good news with this is that completing the 50 levels will give you a new Platinum trophy for your collection. There are no special requirements for unlocking each of the ten Gold and five Silver trophies that Bishoujo Battle Cyber Panic! has to offer, which shouldn’t take you more than an evening. 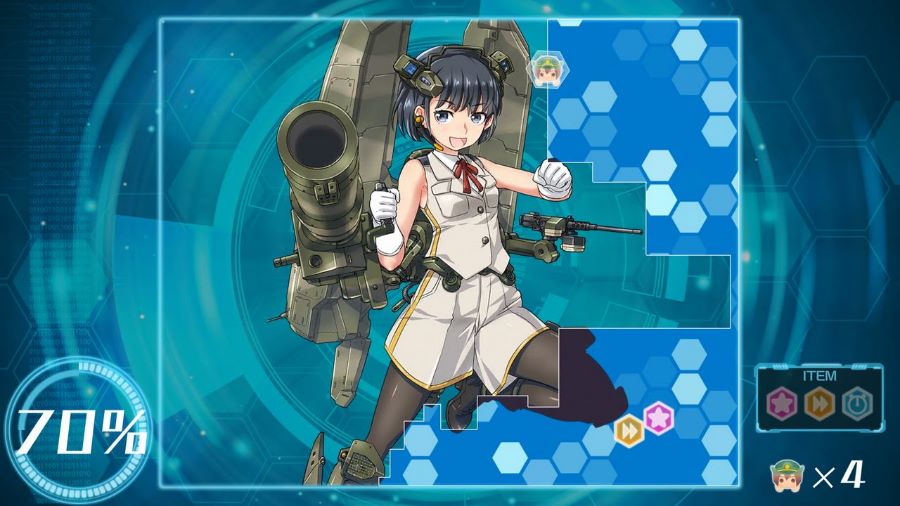 Bishoujo Battle Cyber Panic! has a fun concept, but it ends up being highly repetitive. There’s fan service in this one, which is not going to be for everyone. If you’re looking for a quick Platinum, though, there’s no denying this one will be an easy option.

Disclaimer
This Bishoujo Battle Cyber Panic! review is based on a PlayStation 4 copy provided by eastasiasoft.

Disgaea 6 Out This June On Nintendo Switch